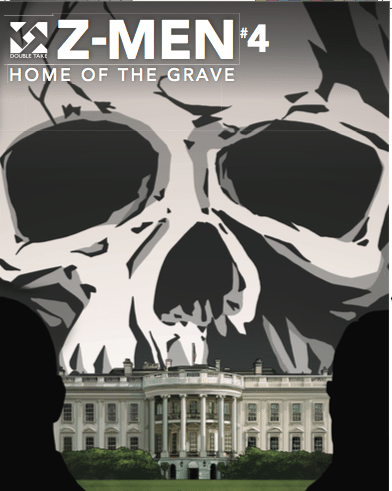 Z-MEN #4, from Double Take, is a solid if slightly unremarkable issue that continues the zombie story from this corner of the interconnected Double Take comic universe. Special agents Clancy and Stuart are still trying to investigate a series of mass murders in Pennsylvania, but they run into a snag and have to fight their way out of an ambush from the undead.

Unlike previous issues and books from Double Take, Z-MEN #4 is heavily focused on its story, which serves both as a benefit and detriment to the book. On the one hand, by being a very singularly focused book, Z-MEN can exist in the Double Take Universe without being inaccessible to new readers, something Double Take struggles with. On the other hand, though, in being so focused on its own story, Z-MEN #4 has a tendency to come off as a little cold. The best way to explain it would be by saying that Z-MEN makes itself available to new readers by not being too steeped in the interconnected universe but isolates itself a bit by being so squarely focused on telling its story instead of giving time to a certain personal touch.

READ: Speaking of apocalyptic doom stories, did you catch the all-new SCOOBY DOO APOCALYPSE book from DC this week?

Z-MEN #4 isn’t a bad book entirely, but certain changes might make it more effective within Double Take’s single-universe concept. The design of Stuart and Clancy, for one, is a nice bit that stands out among much of the forgettable art. There’s something of a Saturday-morning-cartoon ease to their facial expressions that gives us some glimpses of humanity behind Z-MEN where it otherwise lacks it. It’s clear that given the relaxed characterization of the two agents, these agents are meant to be vehicles through which readers can follow the story. It doesn’t fully get there on account of Double Take’s sacrifice of individuality for interconnectedness in terms of its stories, but the seeds are sewn. That lack of humanity is more fully expressed in the rest of the art, which can feel a little stock. There is not a definitive artistic stamp behind it and not a great deal of it feels engaging to the eye. As with so much in Z-MEN and Double Take as a whole, it’s certainly all about the destination and not the journey. 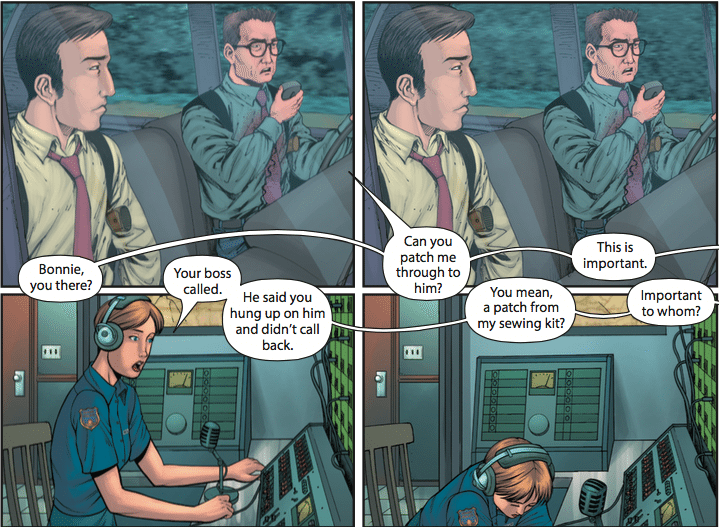 A similar problem appears with the characterization as well. We see some brief flashes of humor here and there to remind us that a human being did indeed write Z-MEN, but the book feels overwhelmingly clinical and remote when the broader humans-fighting-off-a-zombie-epidemic concept demands anything but. Such an idea needs some compassion and character that we can connect to in order to tether some of the wacky ideas down. It’s really a shame to say that since it is clear that this is a story that has been methodically planned out by Double Take, but maybe it’s an overly-tight vice grip on direction that stifles much of the creativity and fun from emerging in these panels.

It’s most evident when the narrative changes focus just before we’re allowed to forge any sort of connection with a certain character. For instance, we’re supposed to care about the story of Stuart and Clancy, but there are far too many cut-aways from their story to allow us to engage with them for long enough to care. It doesn’t help either that it is still unclear how all of the Double Take books will fit together to form this bigger story. A narrative on this ambitious a scale does take some time to develop, but if they are meant to rely on one another, we should have a picture of how they fit together. 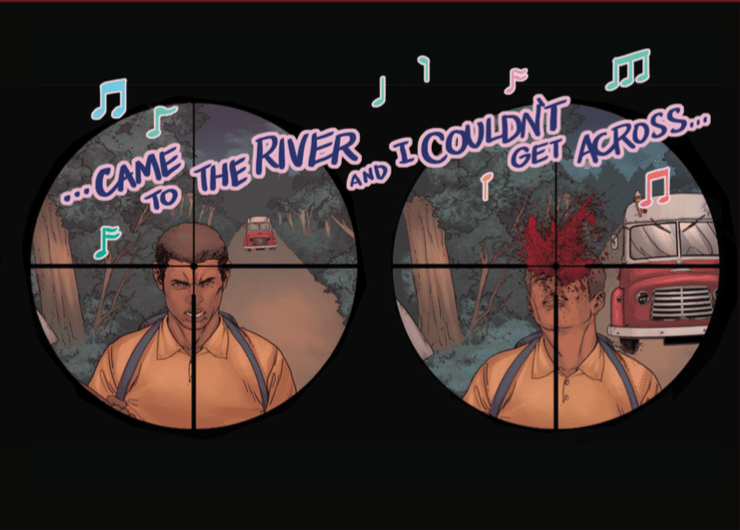 In the DC Universe, everything is all technically connected, but Gotham City and Metropolis are very different environments. The different books, while connected, have their own unique flavors that justify the investment of readers’ time and money. Double Take’s books are still lacking that unique character. There’s a tension that you can feel on each page as the creativity of a dry-humored zombie apocalypse story is suppressed in favor of the bigger purpose already planned for it. There’s a balance here: Control is necessary for the overarching story to work, but the team working on the book should be allowed to exercise its own personality in the writing. What Double Take has done instead is take the voice away from these books and rendered them all a little stale when there is a lot of potential for each of them to stand out while still serving the larger universe.

READ: How’s the rest of the Double Take universe doing? Find out for yourself with our review of DEDICATION #4!

It’s difficult to review Z-MEN #4 without feeling a twinge of sadness at knowing the potential of this book were it allowed to express itself a bit more. There are all-too-brief moments of fun that break through the steely reserve every now and again. The biggest problem this book faces is that it refuses to allow itself to relax and have a good time instead forging on full-steam ahead towards telling its story. Z-MEN is so eager to take us from point A to point B that it forgets to establish any foundational elements to make us care about going there in the first place.