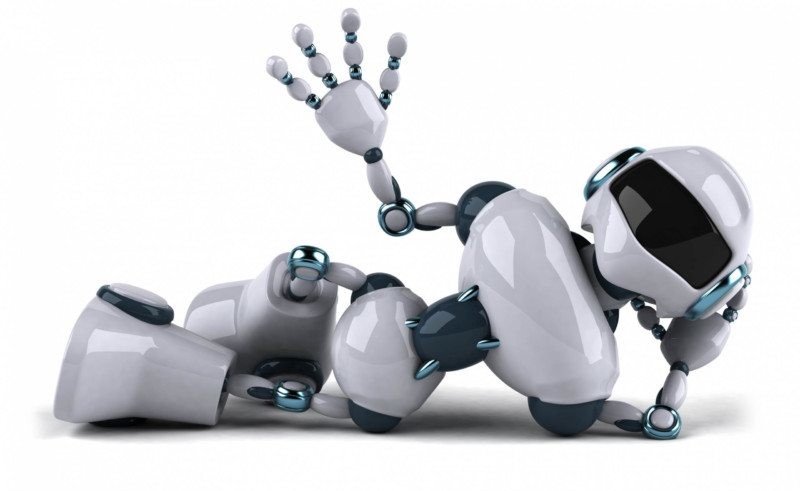 In light of its most recent business decisions, I’m starting to think YouTube is run by malfunctioning robots.

Created in 2005 and acquired by Google in 2006, YouTube has quickly become one of the most popular sites in the world and the center of the “new media” movement. For all its success, however, YouTube has made numerous mistakes throughout its existence that would’ve tanked a smaller company.

It could be said that YouTube has achieved success not through innovation but through the creation of a monopoly and the brute force necessary to maintain it. From its flagrant disregard for fair-use law, to its arcane user interface, to its toxic community, YouTube’s continued growth is the very definition of failing upwards. As a company, Youtube has proven that you don’t need to be good at your job to be successful, so long as you have the backing of a lucrative parent company and an endless supply of naive talent to exploit.

READ: Why are horror movie characters such idiots? Let’s take a look!

YouTube is a corporate tapeworm; a parasite that leeches off the creativity of others while providing them with less than the bare minimum in return. And like a parasite, it will stop just short of intentionally killing its host to get what it wants.

Until now, it seems.

Enter “YouTube Heroes,” the latest in a series of baffling missteps from a company that simply can’t fail. Heroes is an RPG system that allows the YouTube community to moderate comments, get points for shutting down others’ videos, and maybe, if you have enough points, get some customer service.

In YouTube’s quest to run its company without any professional human input, they’ve enlisted the help of YouTube’s toxic cesspool of a community to moderate itself. This is a blatant misunderstanding of both YouTube’s vitriolic userbase and the internet as a whole. In a community that’s already rife with doxxing, sabotage, scamming, and all manner of intolerance, YouTube has decided that the best way to combat these problems is to give their guns to the same people they’re trying to police.

The internet as a whole seemed to gasp in response to the announcement of YouTube Heroes, but it’s fair to say no one was really surprised. YouTube has a long history of doing whatever it can to avoid interacting with its own site, creating “bots” that automatically shut down videos based on barely functioning algorithms, removing thousands of videos and damaging countless channels over false-positives or sheer malfunction. Heroes is merely a symptom of a greater problem, the latest in a long line of bizarre, incompetent decisions that have plagued the site since its creation.

So what’s up with YouTube? Why is it committed to this hands-off attitude toward its own website? What do we do about it? Well, let’s take a look!

Despite the fact that a smaller company would’ve imploded years ago over these same practices, there’s a cold, sinister logic behind YouTube’s hand’s off approach to its own site. YouTube has a video sharing monopoly, and the best part of a monopoly is that you have no credible competition. This incentivizes YouTube to do the bare minimum because the consumer has no other options. But this all assumes that YouTube is a profitable company, which it’s not. To be fair, standard television is still the norm for the majority of the world, and Google may see YouTube as a long-term investment rather than a way to make a quick profit, but it’s clear that Google thinks YouTube can maintain its dominance in the market despite (or perhaps because of) its laissez-faire attitude.

READ: Let’s check out some of the best indie horror films on YouTube.

But you can’t automate a monopoly. Not indefinitely. From frivolous takedown strikes to malicious fans, to navigating the site’s confusing interface, YouTubers need a reliable, direct line to a human being. Whatever android is running YouTube has forgotten that there are thousands of people who rely on it for their careers, people who need the support of a functioning company. I’ve been a YouTuber for just over a year now, and I’ve never once come into contact with anything approaching an actual person. I challenge you to try and get in contact with YouTube’s customer support. Try your hardest to speak to a living, breathing human and not an automated bot.

Simply put, YouTube wants the benefits of being a “normal” company, without the pesky drawbacks of responsibility, customer service, or basic management. They want an employer-employee relationship, but don’t want it to go both ways. They’re content to take a cut of the money, but they don’t care if it comes from a legitimate content creator, a scam artist reposting someone else’s work without permission, or a corporation violating fair use law to steal revenue. They want the power to treat YouTubers as underlings who have to follow their archaic, confusing rules, but give them nothing but barely functioning servers in return. People’s careers and basic livelihoods have been threatened by YouTube’s sheer incompetence and its inability to follow established law and defend its own “employees.”

YouTube wants to be the face of new media, to be a platform where regular people can become entertainers and entrepreneurs, and to create a system where producers have a genuine connection to their consumers, but it doesn’t want the responsibility that comes with all this.

And you can’t have it both ways.

So, where do we go from here?

For years, people have been waiting for a fabled “mass migration” from YouTube, a breaking point where the community as a whole packs its bags and leaves for another site. People point to companies like Myspace as proof that YouTube could suffer a similar fate, and that a new site could replace it just as easily. It’s easy to understand where this sentiment comes from. The community at large seems to agree that YouTube is going to get worse before it gets better and that unless the site faces some credible competition, it will have no incentive to improve. The issue with hoping for a migration, however, is entrenchment.

READ: What do we think of the new WARCRAFT expansion? Let’s take a look!

“Switching” from YouTube to another site, if a decent alternative even exists, would be like asking the majority of the world to switch from Google to Bing. YouTube has become a household name synonymous with internet media. Consumers are stuck in their routine and creators are afraid of losing views by moving somewhere else. This creates a cumulative effect where everyone is waiting for someone else to make a decision, someone bigger and more influential than them to break the cycle and open the floodgates toward a new paradigm.

Until Markiplier, or H3H3, or any of YouTube’s most successful creators cuts off all ties with the company, forcing millions of fans to transition to another website, there will be no mass migration.

So what do we do in the meantime?

We need to defend ourselves as both consumers and creators. Campaigns like #WTFU (Where’s the fair use?) are a great place to start, shining light on many of the core issues plaguing YouTube, and even engaging with the government to protect the rights of creators. Internet media is a bit like the wild west right now. There are definite rules, but there’s still a lot of gray areas and confusion because our laws haven’t caught up with our innovations. As time goes on, laws and regulations will develop, and we need to make sure they’re on our side. At the same time, we want to fight against the kind of red tape and homogeneity that drove us from old forms of media in the first place. It’s a constant balancing act, and as we approach this new cultural paradigm, we have to stay vigilant.

The way we consume media has rapidly changed over the past 10 years, and we need to ensure that it becomes easier, not harder, to create and enjoy the videos we love to watch.

But the easiest, most direct thing we can do is encourage the larger YouTubers to continue speaking out and taking action. Figures like Nostalgia Critic, Angry Joe, and IHE have been vocal about YouTube’s destructive practices for years now, but until more people with more influence step forward and call this company out, nothing is going to change. We need to work with these creators, spread the word, and talk to our elected officials. YouTube will only get worse unless we act.

For now, we may be stuck with YouTube, but the next time they come up with an idea as bad as Heroes, we need to do more than just complain about it. There are countless forces fighting to keep media the way it is, and if we want to see YouTube, or any alternative site thrive, then it’s our job to fight back.