It is no secret that Marvel dominates live-action productions. Marvel does so both at the box office with the AVENGERS franchise, as well as producing an array of successful television series on Netflix and ABC. However, an unspoken agreement among comic book fans exists. When it comes to successful animated productions, DC takes the lead. DC consistently produces successful superhero shows such as JUSTICE LEAGUE UNLIMITED, TEEN TITANS, and YOUNG JUSTICE. 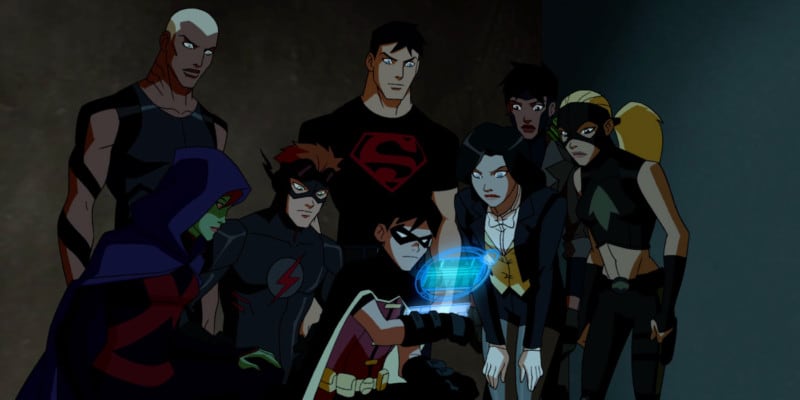 On November 7, 2016, Warner Bros. Animation broadcasted the return of YOUNG JUSTICE. The announcement that followed told us the production of Season 3 started. To those of you who don’t know, YOUNG JUSTICE is an American animated television series. Both Brandon Vietti and Greg Weisman created YOUNG JUSTICE. It originally premiered on Cartoon Network in 2010. The series centers on the young sidekicks of more established DC superheroes like Superman, Batman, and Flash, and revolves around the development of their own superhero team — a teenage complement to the Justice League, hence the name Young Justice.

READ: Learn all about the YJ season 3 announcement right here.

YOUNG JUSTICE as a series redefined Western animation. It utilized advanced storytelling techniques, mature plot lines, and intense character development to create one of the best superhero cartoons of the decade. Unfortunately, despite the show’s success and positive critical reception, the network canceled YOUNG JUSTICE after its second season. The cancellation disappointed a number of fans who valued the show both for its unique storytelling and inclusion of diverse characters. However, thanks to a massive online petition to bring the show back, the series returns for a third season. This made me wonder, what might Marvel gain if it created a show based on a young superhero team like YOUNG JUSTICE? 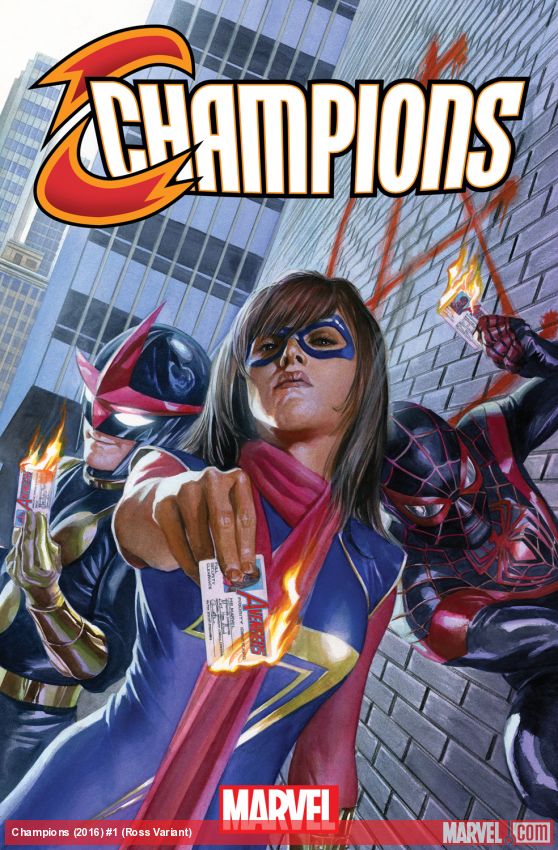 The idea for this concept originally came to me after seeing the cover of ALL-NEW, ALL-DIFFERENT AVENGERS #1. In this issue appears the likes of Ms. Marvel (Kamala Khan), Spiderman (Miles Morales), and Nova (Sam Alexander), the same superheroes featured in the comic series CHAMPIONS. Seeing such a unique combination of heroes with various ages, genders, and diverse backgrounds gave me the idea Champions might be an incredible opportunity for Marvel to create an animated series like YOUNG JUSTICE.

Here are the reasons why!

1. Great Background to Work From

Marvel already has rich material for a youth-based superhero animated feature. Marvel owns iconic superhero teams such as the Runaways and the Young Avengers. Both teams receive praise for their engaging storylines and depiction of racial and LGBTQA+ representation. YOUNG AVENGERS earned its name by incorporating fresh characters who took inspiration from their superhero icons to become the next generation of heroes, creating now-iconic LGBTQA+ characters like Wiccan and America Chavez.

In addition to YOUNG AVENGERS, RUNAWAYS contains a refreshing message that oftentimes the older generation is not necessarily the wiser one. After learning their parents comprise a team of supervillains, the Runaways form a team of their own to correct their parents’ corrupt legacy. Furthermore, RUNAWAYS will soon have a live-action series premiering on Hulu. The news of a live-action RUNAWAYS already inspires grand hopes of a diverse line-up. Fans hope for actors who will bring these engaging characters to life and show the potential of youth-based programs.

One of the best things YOUNG JUSTICE did was focus on the youth of the DC Universe and give them their own storylines. Concentrating solely on these younger heroes allowed for a space to distance them from their mentors while allowing their personalities and powers to shine. To produce a show like YOUNG JUSTICE would not only allow more independence for these young heroes, it would also increase their standing popularity and bolster their future both in comics and on television.

Furthermore, imagine seeing your favorite characters not only showcase their powers but their vulnerabilities as well. Imagine them concerned about school, family, and love. These issues remind us that superheroes are as human as we are. Picture Miles Morales trying to live an ordinary life. He goes to private school while hiding his secret identity and swinging webs. Envision Kamala Khan balancing the demands of being a student, dutiful daughter, and Jersey City’s greatest young hero on the animated screen!

READ: See more about why MS. MARVEL is so important in this millennial age right here.

Not only would these storylines be entertaining, but they provide positive representation for the millennial generation in an animated setting. Consider all the negative stereotypes surrounding millennials: greedy, self-absorbed, selfish, etc. By showcasing young superheroes, a Marvel animated series would serve to validate today’s youth by portraying them as young and dynamic individuals who deserve nuanced storytelling.

In addition to their age, these characters can provide positive validation concerning their ethnic and religious ethnicities, as Miles Morales comes from an Afro-Latino family and Kamala Khan is a first-generation Muslim Pakistani-American. Such a show could showcase young diverse heroes fighting both the bad guys and superficial stereotypes relating to their backgrounds.

Technology significantly improved in the last few decades. It achieved high-level special effects for live-action productions on a smaller budget. No one can deny the special quality instilled when a fantasy reality incorporates itself into an animated setting. Stan Lee once wrote in an article on his personal blog on the topic of animation versus live action. He said “animation was once the only way to truly show the special effects and images needed to bring the unique worlds of our favorite superheroes to life. As hard as live-action tried, it could not compete with other-worldly effects animation could put forth so easily.”

Within the animation medium, superheroes could be given the appropriate space and flexibility needed to showcase more fantastic superhero abilities. Endless possibilities exist for flight or size alteration (i.e. Kamala Khan’s skills). Live-action is still a limited field when all is said and done. It is only capable of so much realism necessary to portray physically impossible feats. Animation stretches as far as the artist’s imagination. Animation can easily bypass the realm of logic and possibility with characters who can literally defy gravity.

4. Reaching Across All Ages

There is something to be said about how incredibly universal animation is. As a combination of artwork and storytelling, it reaches across all ages and nationalities. From Hayao Miyazaki to AVATAR: THE LAST AIRBENDER, shows such as STEVEN UNIVERSE and LEGEND OF KORRA broke boundaries for LGBTQ+ representation in a children’s medium. They showed complex, engaging characters in tender and nuanced same-sex relationships while simultaneously breaking traditional gender roles.

READ: Check out our five reasons why YJ is worth watching.

Some regard animation as a “childish.” However, shows like YOUNG JUSTICE explore complex and mature narratives. Therefore, more and more people recognize animation as another way to tell a unique and captivating story. Furthermore, for the younger generations who aren’t quite as acquainted with the DC or Marvel universe, animation provides the perfect venue for new patrons to become familiar with the comics. In addition, it encourages more readership and more regular consumers.

In conclusion, by using the animated medium to produce a show like YOUNG JUSTICE, Marvel can not only greatly expand its fictional universe, it can also showcase bright new heroes in an unlimited setting and reach a wider audience. The field of animation is a bright new world. Marvel can utilize its biggest and youngest hitters. It can give them the credit they deserve in an animated universe all their own.