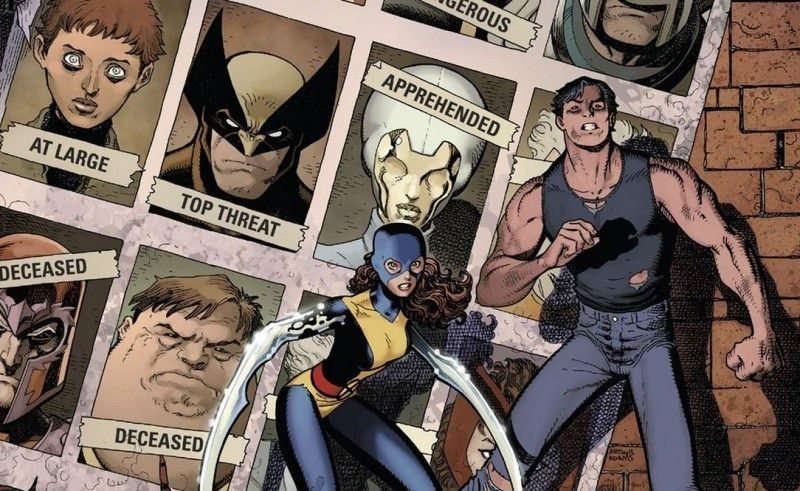 Who will win in an epic battle of brother against sister? And what does the future hold for mutantkind in the darkest world imaginable?

YEARS OF FUTURE PAST #5 by Marguertie Bennet and Mike Norton!

It’s not only an ideological conflict, but also a fight between brother and sister, even friends that grew up together as Chrissie and Cameron battle over the future of mutantkind. While Christina still wants to execute her parent’s plan and save President Kelly, Cameron attempts to assassinate him in order to take the hatred against mutants to a whole nother level. He doesn’t believe in the peaceful coexistence of man and mutant and thus wants his own species to go extinct, once and for all. Meanwhile, Kate still has a bone to pick with Rachel after finding out what she and Magneto had planned for Christina… The events in this issue will decide the future of the mutant race! 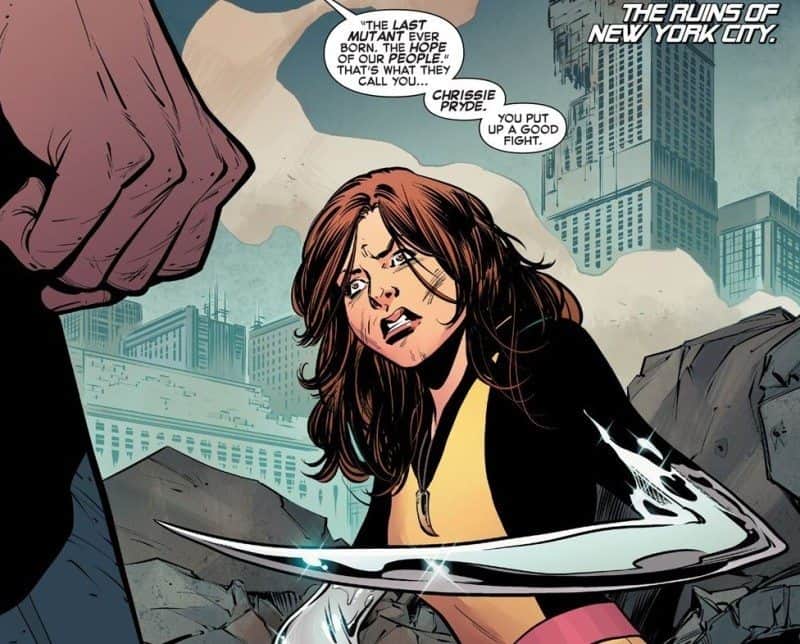 What’s fascinating about this issue is that it’s full of symbolism. If we take a look back at the previous issues, the tigers have been a present leitmotif all the time, but in this issue, during a monologue by Cameron, we finally find out what they stand for: they are a metaphor for mutants themselves! A species close to extinction that has to become a large group of ruthless killers in order to survive. Which is exactly what happens to the mutants: Christina has to kill Cameron in order to prevent him from murdering his own species. As Colossus quite correctly puts it, the mutants have become what they once fought against. Which is why Kate’s encounter with the tiger on the last page of the book is not only extremely symbolic, but also wraps up the whole story in a very nice way. 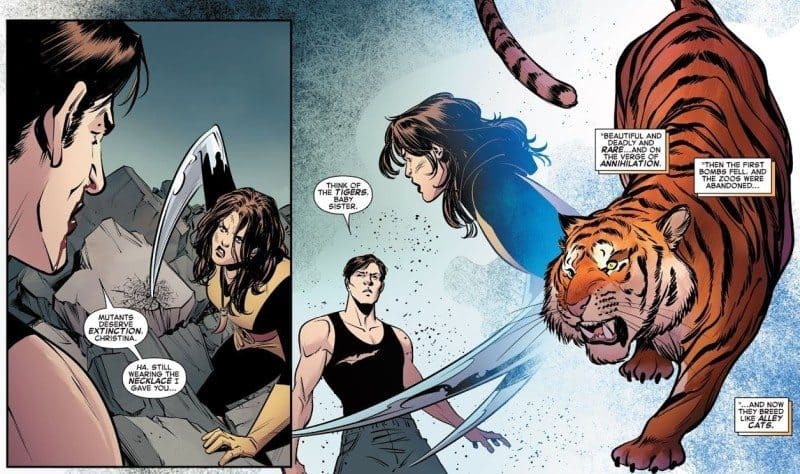 The conclusive rhetorical question is also extremely interesting. “Ambulances or Sentinels? Is there truly a difference any longer?”. In a situation where genocidal killing machines are just as good as ambulances, the mutants truly have nothing left to loose. They almost feel like the end of a mutantkind that has abandoned their principles could be a salvation to this world. Even though they did manage to save President Kelly and survive, their situation is more desperate than ever. Generally speaking, the ending of the book is incredibly well done. It’s thrilling until the very last page, and the open end leaves the reader extremely shocked.

I’ve complained a lot about the atmosphere of this book in my previous reviews, but in this case, Bennet did a great job at showcasing an utterly desperate situation where the protagonists barely have the will to live left. And maybe this is something the book has been playing with, the entire time. As I already pointed out, the author seemed to be self-aware of the sometimes even playful, humorous and joyous tone of the book, and maybe this was just a device to make the book’s ending even more shocking. Which definitely worked. Generally speaking, I for one can say that I feel a lot more positive about the series after reading its finale.

MY REVIEW OF THE PREVIOUS ISSUE! 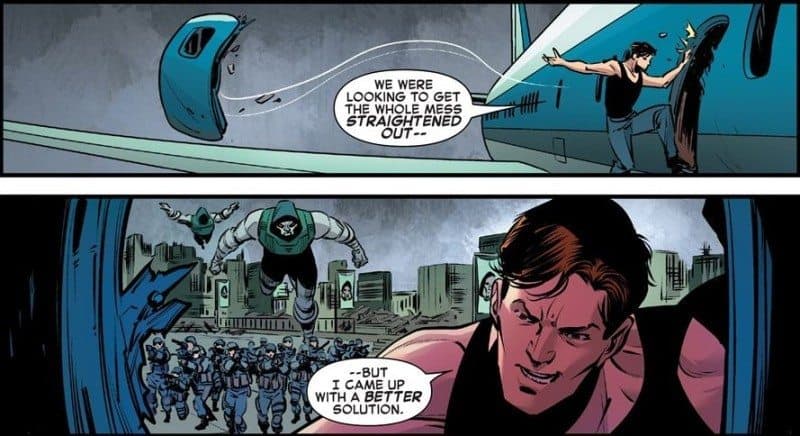 In hindsight, the book’s centerpiece has definitely been the relationship between Christina and Cameron. I did think that Cameron’s development seemed a bit rushed and abrupt (though this Cameron probably didn’t have oral sex with a deceased grunter), but in this issue, both characters seem extremely believable. It’s interesting to see how they both stand for different ideologies and viewpoints, but they aren’t just copies of Xavier and Magneto. This generation of mutants has another way of dealing with the conflict, since times have become a lot more desperate. The way the end of the conflict is build up to in the book is very climatic and thrilling. I even really enjoyed the action scenes during this issue, since Chrissie’s powers looked kind of silly in the previous issues, but extremely dynamic and just awesome in this one.

When it comes to the art in this issue in general, it’s consistently good, and it has been in all issues of the series. In this issue especially though, the fights seem a lot more dynamic, and the facial expressions of the main protagonist Chrissie are on point. Speaking about Christina, I think that Bennet succeeded at creating a character with a lot of potential. I really hope that she’ll have another appearance in the future. Since it was recently announced that the X-Men 92’ will get their own ongoing title, just like Spider-Gwen will, that will take place in another parallel universe, we know for sure that some of the parallel universe characters from Secret Wars will get their own universes in the New Marvel Multiverse. Who knows, we might see Christina again in a similar way.

All thing considered, YEARS OF FUTURE PAST #5 is an outstanding finale full of symbolism, great atmosphere and good characterization.