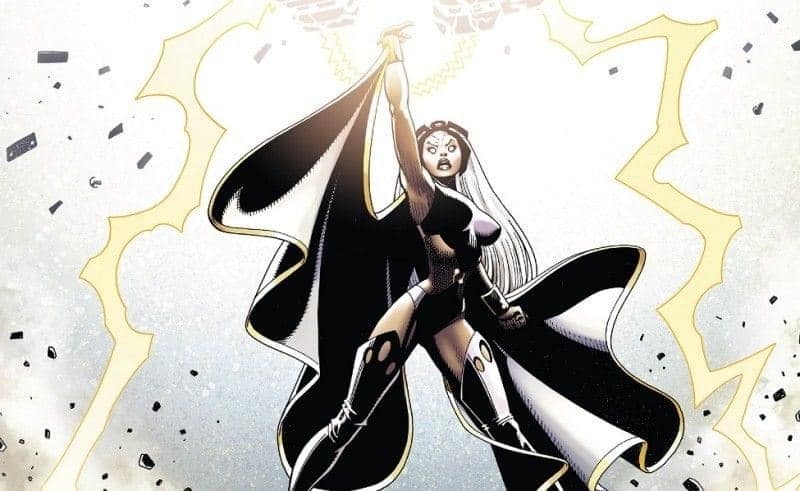 The friendship between the children of Kate Pryde and Wolverine, the mutants going up against Doom Sentinels and what happened to Storm: this book is sure to be an interesting read, but is it convincing?

In the second issue of YEARS OF FUTURE PAST, the characters we met in the first issue, including Christina Pryde and Cameron Logan and the other escaped mutants, are on the run from Doom Sentinels.  The group makes it to the underground tunnels of New York and tries to reach a safe haven in order to work on its plan to save President Kelly; and we also find out why Storm hasn’t appeared in the book.  At the end of the issue, we meet an old friend I definitely wouldn’t have expected to see…

Plus, in a nice touch, within the first few pages we also get a brief look at the childhood of the two younger characters… 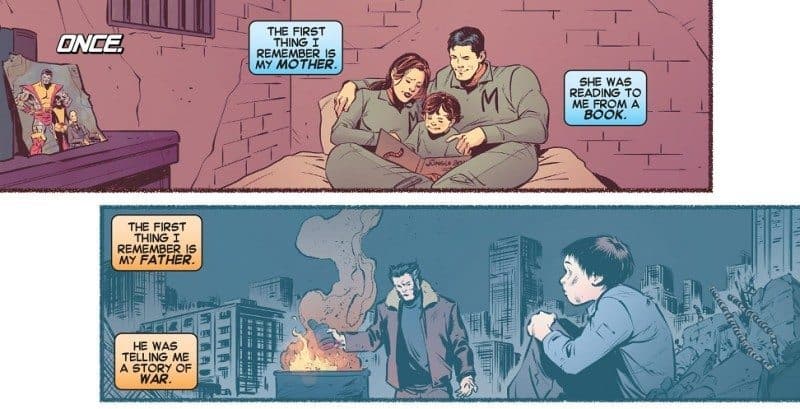 Something that I already noticed in the first issue is that there are many good or great ideas in this book, and the second issue doesn’t disappoint when it comes to that. It feels like the author plays with the concept of the original story and adds many interesting ideas to that. The reason why Storm has been missing all along, another revelation about President Kelly, an X-character that surprisingly reappears at the end of this issue… the ideas are there.

I also really enjoyed the characterization of Christina and Cameron, who are both kind of focused on by this issue. We are given a vague idea of how both characters grew up and how that influenced their hopes, dreams and what they see in each other. They are kind of opposites, and still extremely similar, so they have an important friendship. The author manages to get that point across. And the way they interact with each other, as well as the books focus on propaganda and Magneto saying that they need Christina as the face for their rebellion, immediately reminds me of THE HUNGER GAMES.

Also, the plot seems less forced than it did in the first issue. It’s actually pretty straightforward this time. It has some twists that I didn’t see coming, and is overall OK. What I criticized about the first issue, though, and what this issue still struggles with, is the atmosphere. The costumes are too flashy, the desperation is not showing, and overall, even if this does sound weird, it feels like there’s too much hope left. Keep in mind, this is supposed to be a post-apocalyptic story. I can’t help but feel like the characters make way too many jokes. Which the book seems to be aware of, since it’s thematized in a very long and seriously impressing monologue by Colossus. That was my personal highlight of the issue and one of the better monologues I’ve read in comics.

Even though the book seems to be aware that its’ characters take their situation with too much humour, but it doesn’t change anything about the fact it makes the whole situation seem less menacing.  It also makes the characterization, otherwise top-notch, less believable. Which is a big problem of this book, and I seriously hope there will be more dramatic impact on the reader in the next issues. Otherwise, YEARS OF FUTURE PAST could unfortunately be very anticlimactic. 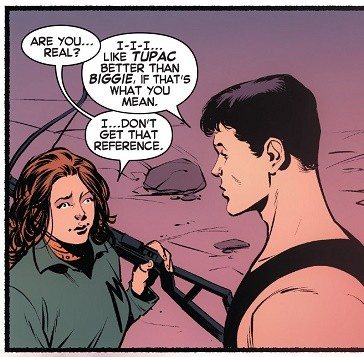 The art has neither improved, nor degraded from the first issue. It’s not the most beautiful art I’ve ever seen, but it’s definitely appropriate and fitting.

Altogether, #2 of YEARS OF FUTURE PAST does have many good approaches, but struggles with the same problem the first issue did: atmosphere. Nevertheless, it has enough good ideas and twists to keep the read interesting!