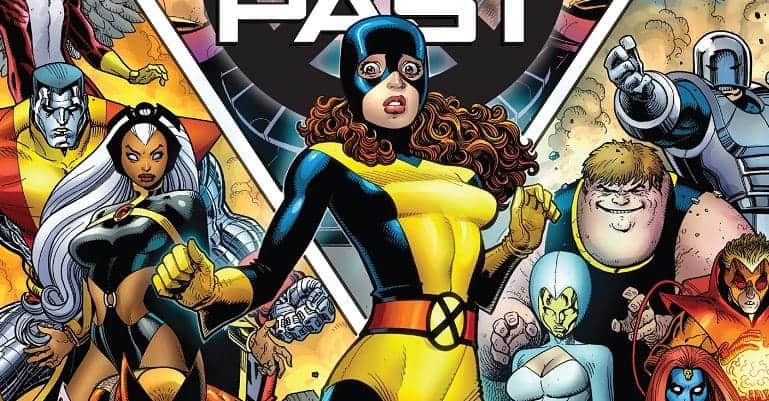 Does Years of Future Past live up to its predecessor and still offer an interesting story that stands for itself? Does it recreate the atmosphere from the Claremont classic?

Years of Future Past is another Secret Wars book revisiting classic events, in this case: the recently made into a film classic Claremont story from Uncanny X-Men #141 and #142: Days of Future Past. However, unlike Old Man Logan, Years of Future Past is not a sequel to the original story, and instead tells a similar story in a similar world but with some significant changes! Are these changes enough to make it more than a modernized version of its predecessor? Is the new story told by Bennett interesting? Does it remind us of what we loved about the original arc?

At the beginning of the issue, we find ourselves in a post-apocalyptic world with a brown-haired girl wearing an internment-camp jacket with an “M” written on it. Which sounds exactly like the beginning of DoFP. But there is already a very significant change: the girl is not Kate Pryde, but instead her daughter, Christina Pryde. This twist is effective and surprising for the reader, and it feels good to find out more and more about the character during the issue. Generally speaking, Christina is really interesting: she reminds everyone of her mother and hasn’t given up hope yet to change the world for the better. The only thing I find odd about the character are her powers. They seem too similar to the powers of Mercury and don’t really fit into the book. But all the characters in the book are pretty well-written.

We soon find out that this is not the only person still alive that was killed in the original story. Apparently, Senator Kelly has not been assassinated in this reality and instead become president of the realm.While Christina and her family plan to escape from the internment camps together with the other mutants left, President Kelly is trying to prevent a reform of the Mutant Control Act in the next big election. Rachel, on the other hand, has found out that activists are trying to assassinate President Kelly, and she suggests to Christina that she should try and save him together with Wolverine’s son.

All in all, Years of Future Past made enough interesting changes about the story to, on the one hand, remind us of the original arc and, on the other hand, stand for itself.

Something that I really enjoyed about this book is that it not only manages to bring us back to the world we first visited in Uncanny X-Men #141, it manages to explore this world more than the original story did. I really loved the posters at the beginning of the issue, it made the fictional universe seem more vivant. Something the comic does have a problem with, though, it to recreate the atmosphere of the source material. I’m not saying that’s not the case in some of the scenes, especially because the art is pretty suitable for a book about a post-apocalyptic scenario. The fact that there’s still an election, as well as the old, flashy costumes that the X-Men put back on made the whole scenario seem less menacing. The Sentinels seemed too easy to defeat and the internment camp seemed to easy to escape from. The author doesn’t really create as much tension as I thought he would, and reading this book, I realized I didn’t care all that much about the fate of these characters. Which is disastrous if we think back at how thrilled we were reading Days of Future Past! Because this is what stories that take place in post-apocalyptic scenarios should be about: rooting for characters in desperate situations. 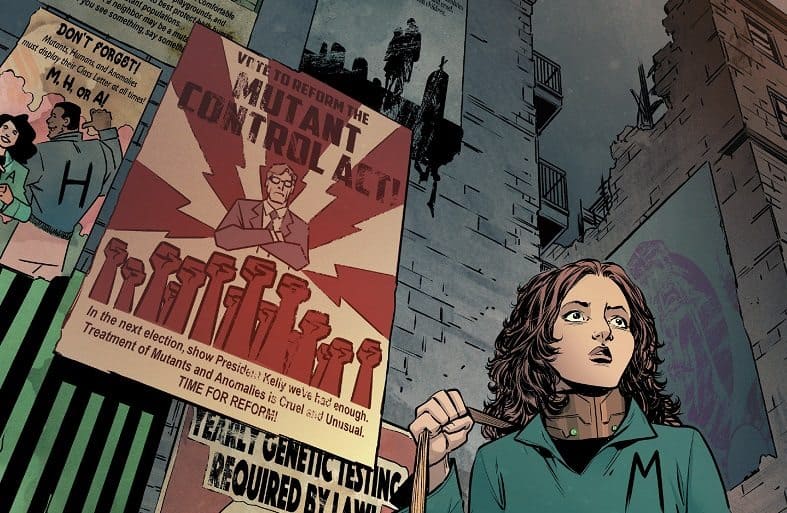 Another thing I really disliked about this book is that the plot seemed kind of forced from time to time. Why can’t all the surviving mutants save President Kelly together instead of just Christina and Cameron? Why would Kelly have to make Blob and Mystique fight the other mutants in order to create anti-mutant propaganda?

All things considered, Years of Future Past #1 is an interesting read that takes us back to the world of Days of Future Past with some entertaining changes, but that doesn’t absolutely manage to recreate the atmosphere from the Claremont classic or make me care that much about the fate of its characters. A good book, but not a good post-apocalyptic story. And there are some artistic decisions that make the story seem forced or weird that I don’t really understand.