X-Men fans are eagerly awaiting the wedding of Colossus and Kitty Pryde, but let’s be real. Did anyone really expect for that wedding to go off without a hitch? X-MEN GOLD #26 reveals that hitch and how it may alter the fate of Piotr and Kitty, forever.

So, let’s just jump right into it and see how the latest installment of X-MEN GOLD fares! 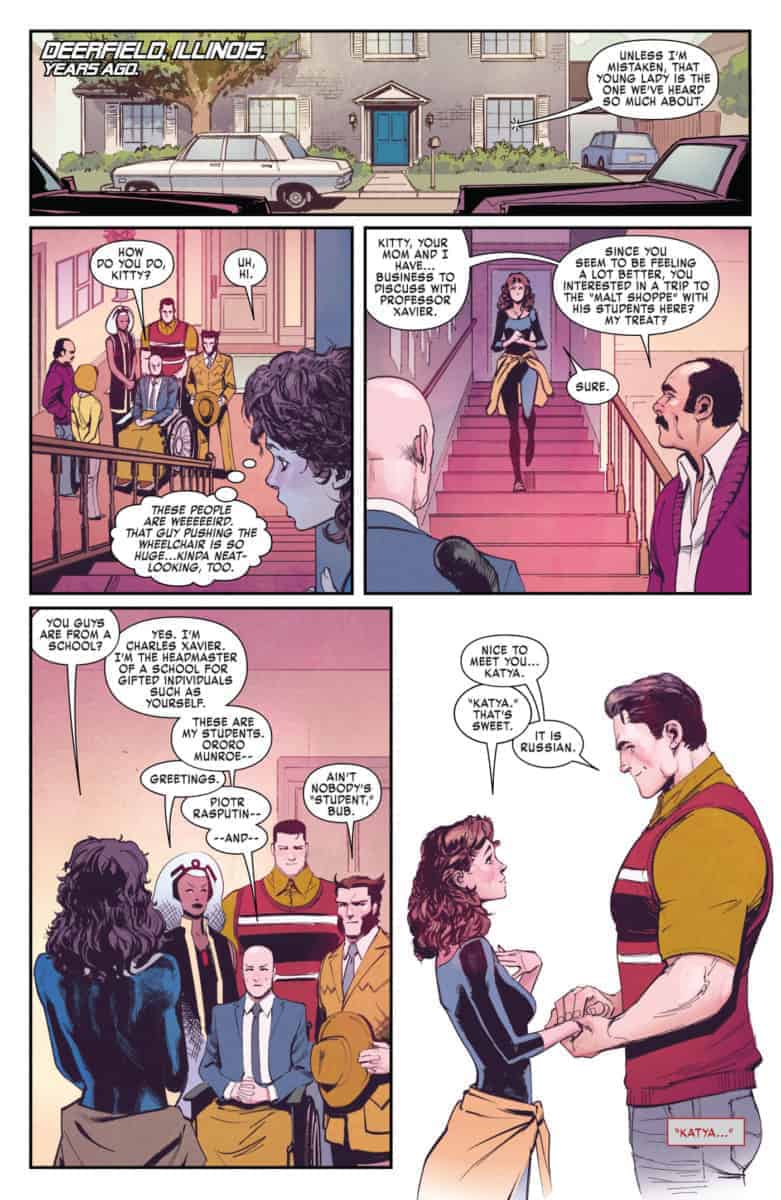 This issue kicks off with a momentous flashback to Kitty and Piotr’s first meeting, an event that takes place in X-MEN #129. Following this sequence, the work segues back into the present where Kitty and Piotr are working on a mission at a café in South America with the rest of the X-Men squad. The couple talks about whether they are currently experiencing cold feet in anticipation of their wedding since they haven’t really made any solid plans for it yet. They eventually come to the conclusion that they have just been preoccupied with other matters, specifically by the X-Men’s current mission: searching for Mesmero.

In that moment, Gambit claims to have spotted their enemy. So, Rachel Summer decides to go and confirm his suspicions, which results in Mesmero attacking Rachel and leaving her shaken. Fortunately though, the X-Men manage to capture Mesmero. Unfortunately, this moment of success does not prove to solve all their problems.

The conclusion of the issue features Colossus attending his own bachelor party. When he becomes overwhelmed by the event, he decides to go to the bathroom where an A.I. mutant sentinel is waiting to kidnap him.

Ultimately, X-MEN GOLD #26 has some great moments of intensity in its introduction and conclusion. However, various scenes throughout the work feel redundant in the overall story. Yes, Kitty’s emotional conversation with her mother is definitely a highlight of this issue. However, the overall scheme of the many subplots contained in the middle feels discontinuous. As a result, the work as a whole comes across as muddled and its characters seem one-dimensional as they are not given integral focus.

It will be interesting to see how the cliffhanger of this issue leads into the next. Hopefully, the next installment is a little more self-contained and gives its main characters more to work with. 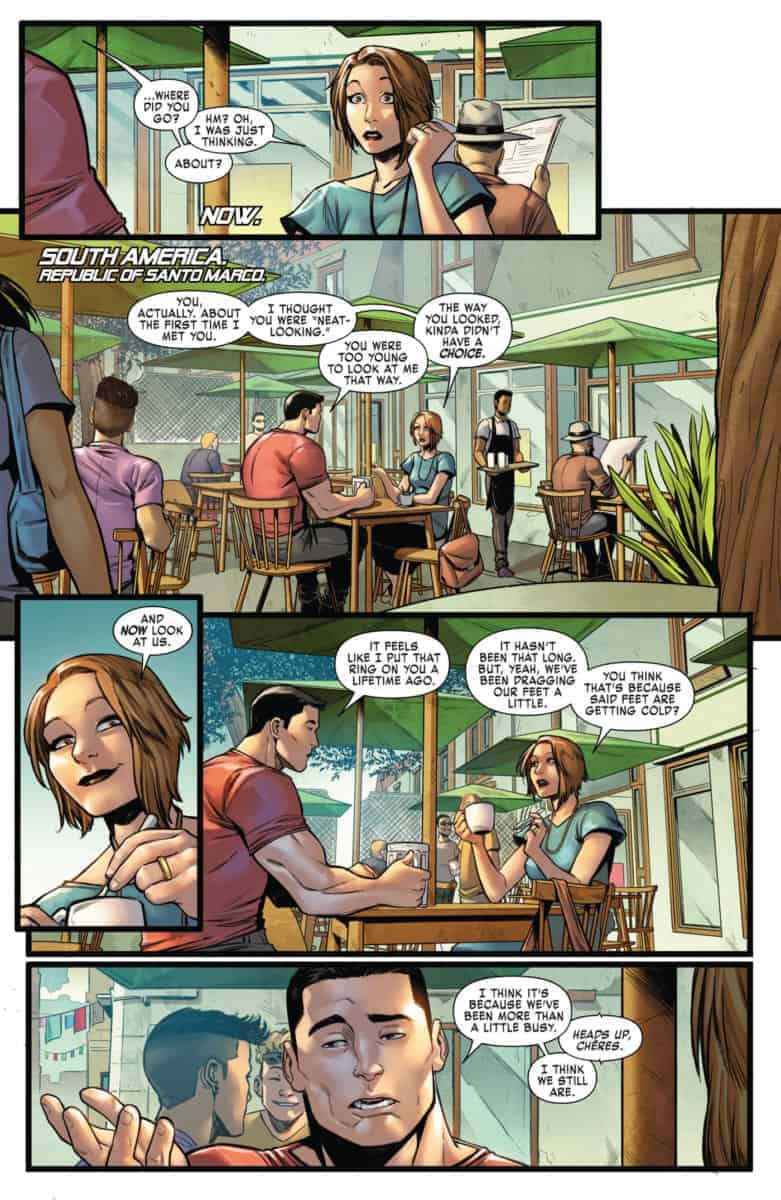 Unfortunately, the artwork of X-MEN GOLD #26 from Michele Bandini leans toward the rough side. The panels featuring Storm with her Asgardian advancements are definitely impressive. However, most of the panels suffer from a lack of depth. The backgrounds often lack dimension. With this, the scenes in the danger room and at the bachelor party feature a lot of inconsistency in regard to character depictions.

As a result, it becomes hard to engage with the overall work when it falters in both the narrative and artwork.

Colorist Arif Pranto displays some gorgeous tones in the beginning of the issue, particularly in Rogue’s brief fight with Mesmero. However, as the issue develops, the hues become duller.

So, overall, I wish the artwork of X-MEN GOLD #26 maintained more consistency. A little more sharpness in the illustrations along with some more variety in the tones will go a long way in future installments.

X-MEN GOLD #26 has some moments of entertainment, but it ultimately comes across as a filler. As we get closer to the day of Colossus and Kitty Pryde’s wedding, conflicts will inevitably get dragged out to maintain anticipation. So hopefully, in the meantime, some of the stories leading up to the big day will be worthwhile.

Additionally, I hope that future installments flesh out various moments this issue presents to readers. We get hints of potential subplots that may grow and actually become a central conflict. However, we do not get enough context to really engage with those subplots.

The wedding of what some say the century is upon us, but the stakes have never been higher. Will Colossus make it out of his latest challenge alive? My money is on yes, but we will just have to wait until X-MEN GOLD #26 to be totally sure.