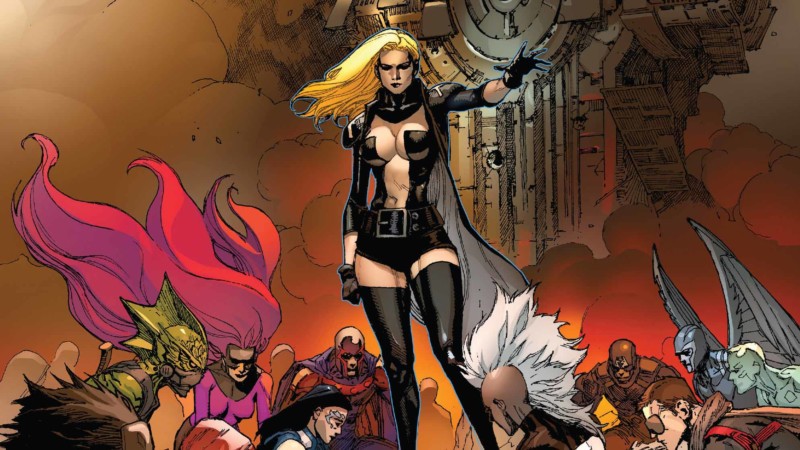 INHUMANS VS. X-MEN: Was Emma Frost Right? SPOILERS AHEAD!

Marvel’s INHUMANS VS. X-MEN, published in 2017, ended in an unexpected twist when circumstances revealed Emma Frost manipulated the war between both sides. Cyclops died in DEATH OF X from the deadly M-Pox virus. This happened not long after Cyclops killed Professor Xavier while possessed by the Phoenix Force. The deaths and/or new paths of Magneto, Professor Xavier, Cyclops, and Apocalypse left the mutant message in disarray.

A New Leader for a New Time?

Whoever would emerge as the new ideological inspiration behind the X-Men would hence require a powerful message. Cyclops, ever the mutant revolutionary, redefined Xavier’s dream after his death. Emma Frost, a former villain, chose to lie to everyone. She made them believe the Inhuman Black Bolt killed Cyclops on orders from Medusa. Also, Emma Frost manipulated Scott Summers’ death into a battle cry catalyzing the X-Men into going to war against the Inhumans. To paraphrase Emma Frost’s words, she made his death matter. Hence, she turned him into an idea.

Kellyanne Conway possesses a great intellect. However, let’s remain honest, Conway is no Emma Frost in that regard. What the two women have in common includes two things: using mass media, or in Emma’s case telepathy, to broadcast a message and broadcasting a message sourced with alternative facts.

In the current political climate in the United States and the West, the rise of populism and the fleecing of voter information make it difficult to discern fact from fiction. Often times, deliberate misinformation spread to a populace seems to incite actions otherwise not considered.

LISTEN: Hear part one of our podcast X-Men, “The Dream.”

INHUMANS VS. X-MEN represents an extraordinary superhero version of today’s political events. For her own gain, Emma Frost subsequently uses her own people to purport an unnecessary aggressive agenda. This agenda only suits Emma Frost.

Both the X-Men and the Inhumans defeat Emma Frost after she attempts the unforgivable. Emma appears to want to use mutant-killing sentinels and reprogram them to kill Inhumans due to her desire to end the war. She sets her plan in motion but, especially relevant, what makes this moment powerful relates to Emma Frost’s relationship with sentinels.

In Grant Morrison’s NEW X-MEN run, sentinels killed millions of mutants on the island of Genosha where Emma taught. As a result of this trauma, Emma endured genocide against mutants, leaving her psychologically damaged forever. Therefore, for Emma Frost to use sentinels to fight Inhumans, she must have gone to a dark place in her soul.

Before the Inhumans or the X-Men have an opportunity to punish Emma, Cyclops’s brother Havok seems to somehow teleport Emma to safety. Later, we see Emma wearing a helmet that looks exactly like Cyclops’s visor. As a result of her actions, Emma lost touch with reality.

A New Dawn, and a New Day for the X-Men Metaphor

The fact things change makes the X-Men Universe a hopeful one. Many comics mire in a particular character or set up. They tell the same story time after time. X-Men always remained an exception to this rule. While the events of INHUMANS VS. X-MEN gave rise to a new normal, I can only hope the same thing happens in real life.

You can also find this podcast on iTunes, SoundCloud, Spreaker, iHeartRadio, and Stitcher.

Thanks to everyone from ComicsVerse for appearing in this episode!