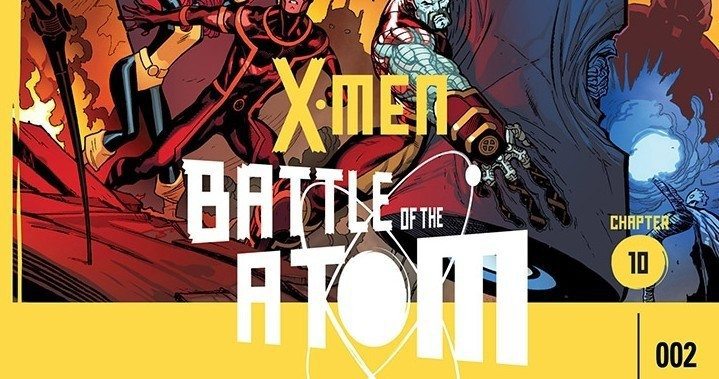 Well, that didn’t take long, did it? That’s one of the major pluses about this X-Men crossover that spanned four X-Men comic books over ten weeks. While some parts of the story got overly complex and slightly boring, a strong emotional impact and carefully swift unveiling of the characters saved this crossover event from the likes of previous crossovers like “X-Necrotia” and “Messiah War.”

MAJOR SPOILERS AHEAD FOR THOSE WHO HAVE NOT YET THE FINAL ISSUE!

So it turns out the X-Men from the future who visited the X-Men of the present to demand the X-Men of the past return to their own time aren’t really X-Men at all, they are the future Brotherhood of Mutants! An interesting twist to say the least, but what is even more interesting is why these mutants turned on the X-Men to become the brotherhood, and the answer is complete disillusionment with mankind. While I found the motives behind Xorn/Jean Grey, Kitty Pryde, Beast, and others changing sides to the Brotherhood of Mutants to be understandable and painful enough. The assassination of would be president, Alison Blaire, happened very quickly, and the trauma of the event didn’t quite sink in like it could have because of feeling a bit rushed with the writing and lack of much artistic ingenuity.

One thing this book did lack was just that — artistic ingenuity. There were no exceptional panels that stood out. That’s not to say the art wasn’t good — it was, but it didn’t break any ground or defy the rules much. That being said, neither did WATCHMEN, but X-MEN: BATTLE OF THE ATOM was no WATCHMEN (but what is, really?). Some panels that stick out happen when S.H.I.E.L.D.’s sentinels attack the X-Men and the Brotherhood and expose themselves as having sentinels to begin with. They then go on a killing rampage and kill the future Beast in a wonderfully colored and nicely drawn panel. The last issue is rife with full-width panels of X-Men displaying their powers.

Unfortunately what’s ailing this crossover is what’s been ailing the X-Men for sometime, entirely too much complexity and time travel. Partly what made “Age of Apocalypse” so amazing was that it was different and new. Too many times, the X-Men writers have forgotten what made it special. It wasn’t Legion’s time travel that caused an alternate dimension that shook up the X-Men world as we knew it that was so great, it was the ingenuity, pathos, and the new ideas that struck a chord with everyone back then. “Battle of the Atom” is a bunch of recycled ideas done really well by Brian Michael Bendis, but that doesn’t change the fact that this story didn’t go as deep as it should have or how soon it might become a footnote in the history of all things X-Men.

In closing, what saved this book was Xorn/Jean’s emotional monologue at the end about how arduous the fight against the humans gets. It tugs at your heart strings just enough to pull you back in to enjoy the information epilogues.