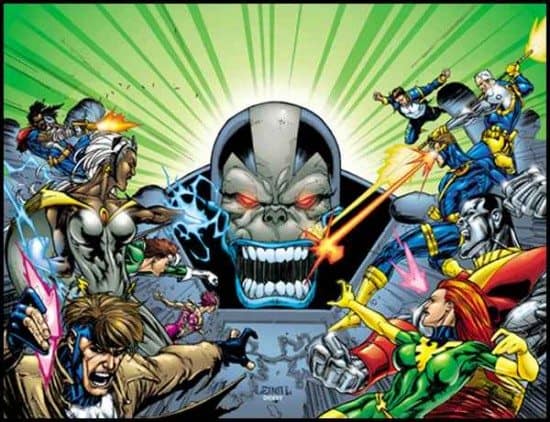 Villordsutch sounds off on the upcoming X-Men Age of Apocalypse comic book reboot!

It seems with every comic book comes a TV show (or a movie) and as the new generations come
along we get a reboot of an old hero, along with a retelling of how our hero got to where they are.
For us old in the tooth hero – and superhero – worshipers we’ve seen it all before, however
occasionally a new director and their team do it right and spins it ever so slightly different, or on the flip side they can truly mess it right up, leaving the fans wondering what the heck they were thinking. This is the nature of comic books and movies, and I’ve come to accept this since the year 1989 (I’ll let you work out why).

However, a new issue [sic] has arisen recently that has really infuriated me! Somebody in a room
somewhere has decided it would be cool to begin dabbling in the comic book past of both you and
me. They’re not content with the old lore of Marvel, they want to amend that lore with their
current updated universe, which they have in their palms, and they want to make it fit and look
better. Well I’m not happy.

I’m not happy they’ve turned they’re sight’s on Age of Apocalypse, one of the greatest X-Men tales
around. Age of Apocalypse is a truly devastating X-Men story span across numerous issues in-which we see the extermination of millions of humans, the Mutant death list – including the X-Men – is so vast I can’t list it and the Marvel hero dearly departed list is huge too. This is a powerful piece of Marvel’s history and it has sat firmly on its shelf under the title of “Just Perfect” for twenty years without the need of anybody thinking, ‘You know what’s missing from…?’ or ‘You know how we can make…?’ and do you know why nobody thought that, because it was never needed; well until they let somebody in the office with idle hands (obviously).

Looking at the poster, one can notice Wolverine sitting front and center,
which is even more infuriating, as it suggests that THIS may be the way
Marvel intends to bring Wolverine back into things after his recent demise.
A cheap trick, Marvel.

Bert Lance famously said, “If it ain’t broke, don’t fix it.” And here is an excellent case in point, Age
of Apocalypse to most comic books outsiders is a comic book, but to me it’s a piece of literature
and should be given the respect other great pieces of literature are given. You didn’t hear Harper
Lee say, when her second novel was announced, “Well my plan is Tom Robinson never actually died
from the gunshot wounds and he, Atticus and later the spirit of Boo Radley go on European
Adventure to kill Hitler…It’s an historical comedy!” The world would have gone mental, blood would
have been called for, dogs and cats would have begun to live together, a Twitter hashtag too
highlight disgust would have trended and we’d have even seen a MySpace angry page! Literature
should not be amended to bring the “kids” up to date. The “kids” are smarter than that! They want
the classics, they want Age of Apocalypse!

I know Marvel have set their sights on getting these rehashed pieces of work out to the world, but
I’d be ever so thankful if we could kindly remember there is now a gaping hole in the ground where
the Atari E.T. games where dug up in New Mexico.

For more articles, including weekly video reviews, click here!
Don’t forget to subscribe to stay up to date on all ComicsVerse news!

Related:
Have the X-Men gone too far with new mutants?  Find out!
Check out our giant-sized podcast about Giant-Sized X-Men!
Have you read the Rise and Fall of the Shi’ar?  Listen to the podcast here!
Listen to our podcast featuring the X-Men in one of Storm’s classic appearances!
Watch our interview with Greg Pak!