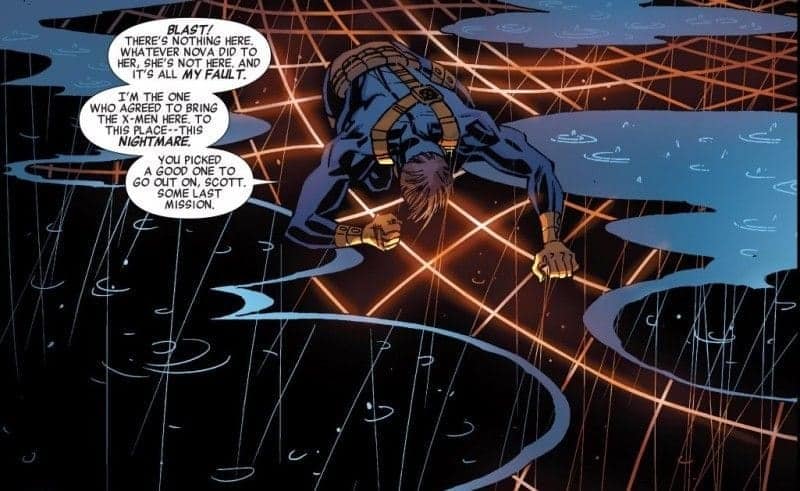 Sooner or later, this has to get old.  I mean, it’s just nostalgia, isn’t it?  And yet… X-MEN ’92 is one of the few books keeping a solid level of quality!

Cable and X-Force are storming Cassandra Nova’s facility, where she holds the X-Men prisoner.  But, thanks to Psylocke’s interference with her attacks on Cyclops and Jean Grey, a handful of X-Men are mobilising a resistance of their own.  Meanwhile, Professor Xavier and Psylocke rush to warn Baron Kelly of the assassination attempt – but unwittingly fall into Cassandra Nova’s trap!

As always, X-MEN ’92 is enjoyable in large part because of the sense of nostalgia, signposted in this issue through the creative concept of the X-Museum.

Yes, this is what the X-Museum looks like – enough to get any X-Men fans laughing from the get-go!  Exhibits even include a model of a vehicle that hardcore fans will recognise from the Toy Biz action figure range that accompanied the Animated Series back in the day.

There are nods throughout, from the amusement of Beast brawling while wearing his glasses, through to Cassandra’s suggestion to Cable that he could do with a new code-name.

The story flows well, although I admit that this particular issue of the Infinite Comic is one that I felt was over far too soon – but that may reflect for the enjoyment I was having.  There’s a moment where Psylocke reveals herself that had me simply beaming, even if I was left a touch disappointed when I realised we hadn’t got the kick-ass Xavier scene that I thought, for a moment, we might be getting.

Meanwhile, this was the issue where the themes of X-MEN ’92 really came to the surface.  Cassandra Nova reveals her New X-Men, dressed in ‘sanitised’ costumes that carry a hint of the Morrison-era X-Men costumes.  It’s a smart move, signposting the X-Men’s difficult transition from the ‘90s to the 2000s. 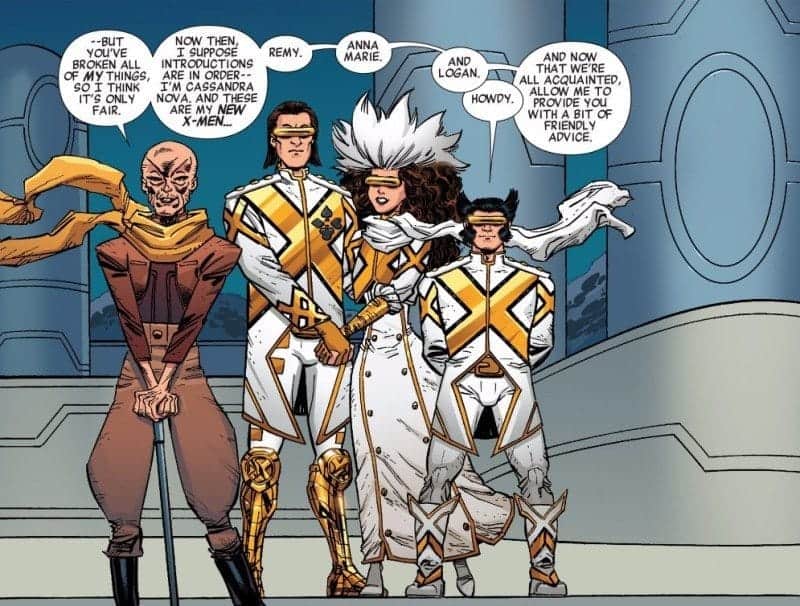 There are some fun moments with Cyclops and Storm, the former’s self-doubt being what’s needed to make the Weather Witch stand up for what she believes in again.  And the signposting of the costume-switches is pretty amusing.

All in all, X-MEN ’92 continues the all-star nostalgia-fest, deepening its themes and remaining seriously enjoyable.  Definitely recommended!