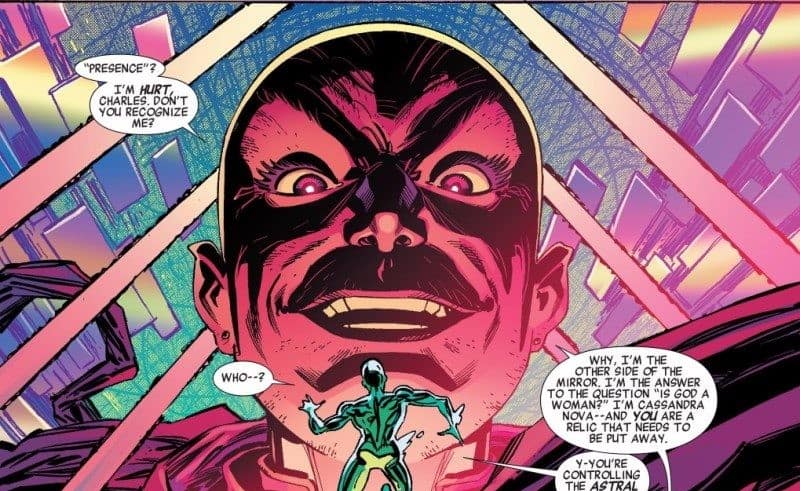 When the first issue has been one of the most enjoyable reads of the year, the second was always going to have a difficult time…

The first issue, which I excitedly described as “glorious”, was basically a riff on ‘Night of the Sentinels‘.  The second, though, is a different beast entirely – deliberately facing the X-Men against a threat they could never be prepared for, Cassandra Nova, and even titling the issue ‘Here Comes Tomorrow‘. 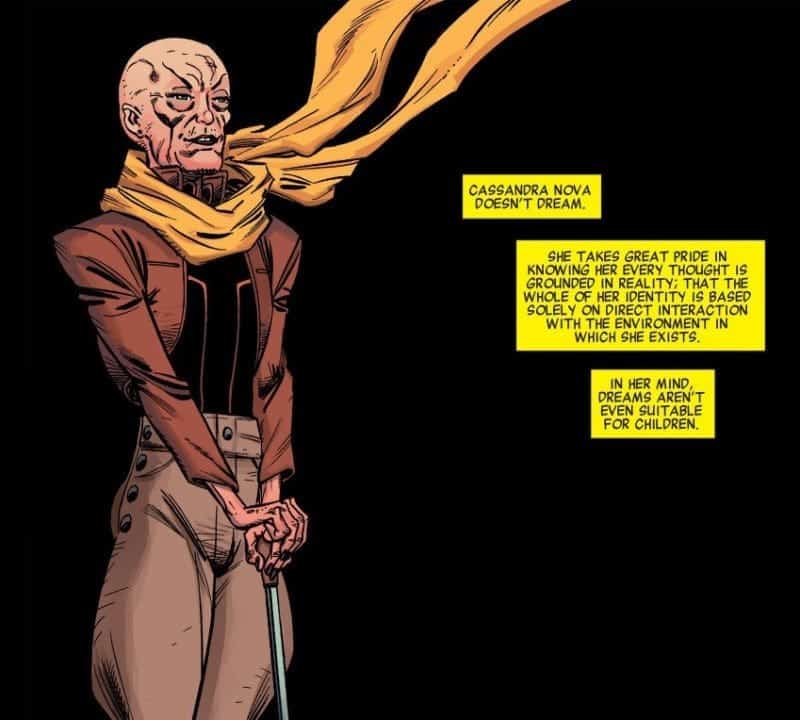 That said, Chad Bowers and Chris Sims play the character in a smarter way than even Grant Morrison did.  They abandon the nonsense about Cassandra being Charles’ twin, and instead twist in a whole different plotline – one that ties in the Shadow King, or Shadow Queen as this version of Nova declares herself.  Scott Koblish, whose art remains on-point, renders the Shadow Queen in a costume entertainingly evocative of Jean Grey’s Black Queen.

Bringing the Shadow King into this arc is a perfect move.  Just as Cassandra Nova is after the ’90s-era that ‘X-Men ’92‘ is supposed to represent, so the Shadow King is just before.  His arc ended in ’91, albeit in a disappointing resolution to ‘The Muir Isle Saga‘, but in the era of Chris Claremont he had truly been a force to be reckoned with.  A union of Nova and the Shadow King is a brilliant concept, one that we have no qualms in believing is capable of things like this: 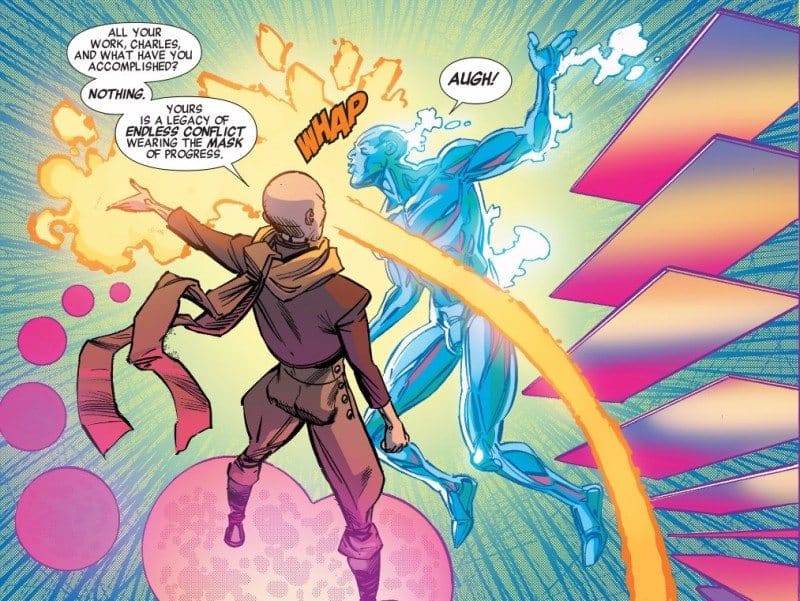 The book is filled with tension, sometimes done in amusing ways – such as the hints that Cassandra Nova is passing judgment on the X-Men even during their conversation, psychically ‘editing’ and commenting upon their conversations.  There’s a wonderful sequence with Wolverine that makes you wonder just who is the savage – Logan or Sabretooth.  Just as the ’90s always did, as this was an age when the two seemed opposite sides of the same coin.  And the art is beautiful, with characters drawn so effectively – sometimes with an animated minimalist style that perfectly suits this book. 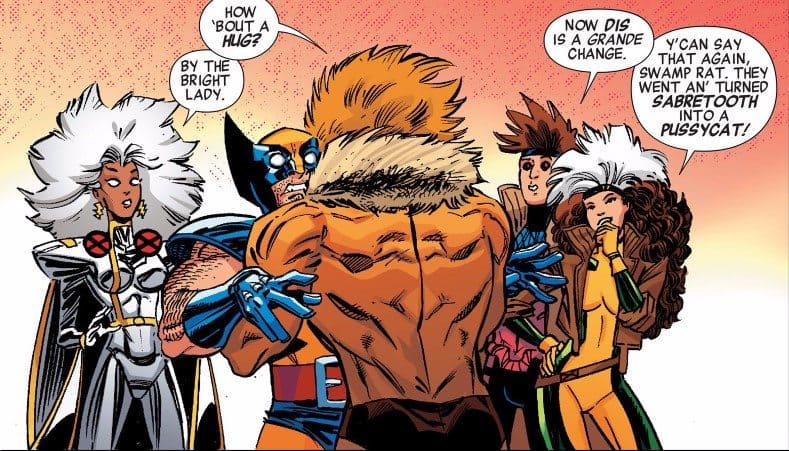 All in all, though, ‘X-Men ’92 #2‘ does require a little stretch of the imagination.  I find it hard to believe that the X-Men, including Charles Xavier, could possibly fail to notice so many mutants falling under Cassandra Nova’s thrall.  Worse still, one aspect of the resolution is pretty easy to spot.  These plotting problems damage the book’s performance as a whole, limiting its success.

Although nowhere near so good as the first issue, #2 remains solid and strong, and this is definitely a series to be reading.