By way of brief introduction, I’ll start by telling you that X-INFERNUS is the four-issue sequel the crossover series Inferno (released in 1989) and its central focus is on Magik’s literal soul-searching journey into Limbo. Illyana has always been an interesting character, in my opinion, so this mini-series was worth giving a shot! I just happened to start out with the newly released fourth issue, working my way backward for this X-INFERNUS review!

Here’s the gist, kids, for anyone who’s thinking of flipping through the first issue. 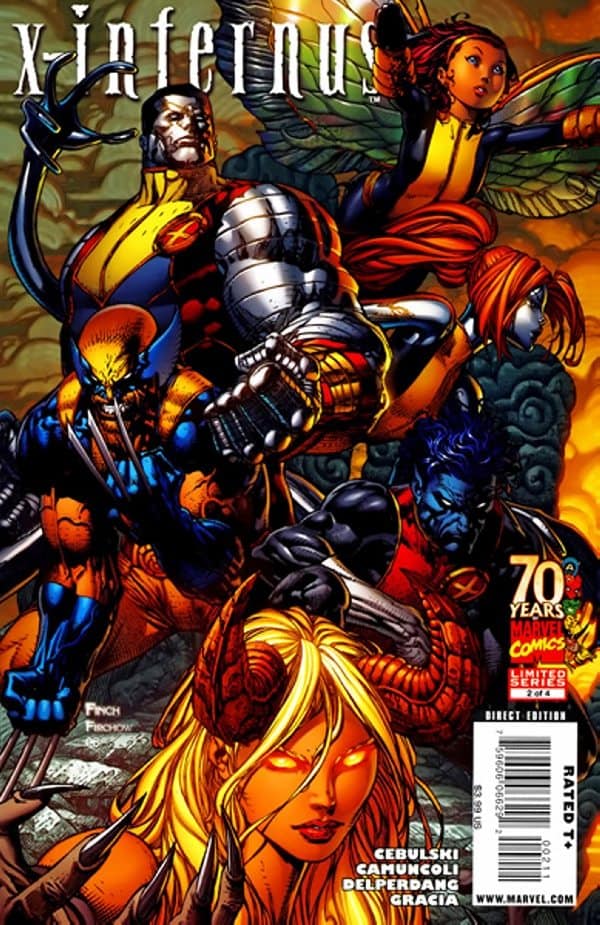 The story arc itself is fairly easy to follow which ADD people like me will be thankful for““even if you haven’t read up on the series’ prequel. Pixie had encountered Illyana in Limbo before the start of the first issue, and it was there that she lost a portion of her soul. (Something she complains about quite frequently with Nightcrawler, but I’ll get to that later). At the start of X-INFERNUS #1, it is discovered that Illyana is still trapped in Limbo, hunting for the soul she’d lost that kept her sustaining a more human form. However, the entrance to Limbo has been sealed off and so the X-Men cannot search for her, much to her brother Piotr’s dismay.

LISTEN: We have a ton of X-Men podcasts on just about every character and major story arc!

What he doesn’t realize is that Illyana doesn’t wish to be rescued until she has retrieved her soul (or soulsword, rather) and she continues trudging through the realm of Limbo, slaughtering any demon that stands in her way as she hunts for it. The fully demonic form she takes on allows her to kill with ease. 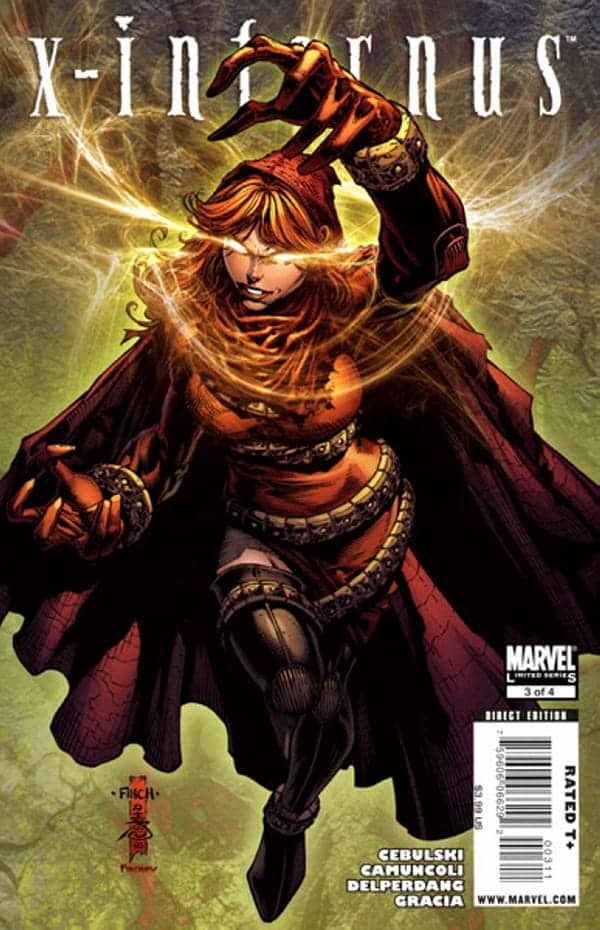 Her design is brilliant, by the way, as are those of the other characters. The art is fairly fluent and the characters themselves have been rendered nicely¦even if it does seem as if Nightcrawler’s tail is positioned a bit lower than it should be. We’ll leave that at that.

As not to spoil anything for interested readers in this X-INFERNUS review, so I’ll simply list a few of the main points of the series as a whole I found interesting. (The first issue is an introductory, serving mainly to get you acquainted with the story, and so beyond the following sentence’s information, there isn’t much to be said that won’t give the œgoodies away.) Apparently, Kurt is capable of magic along with Pixie and Illyana, and it is revealed when a crazed Pixie stabs him through the chest that he carries a certain magical item inside of him. (Hint: Illyana is raising hell because of this thing). He plays a major role in freeing her in the end due to this. 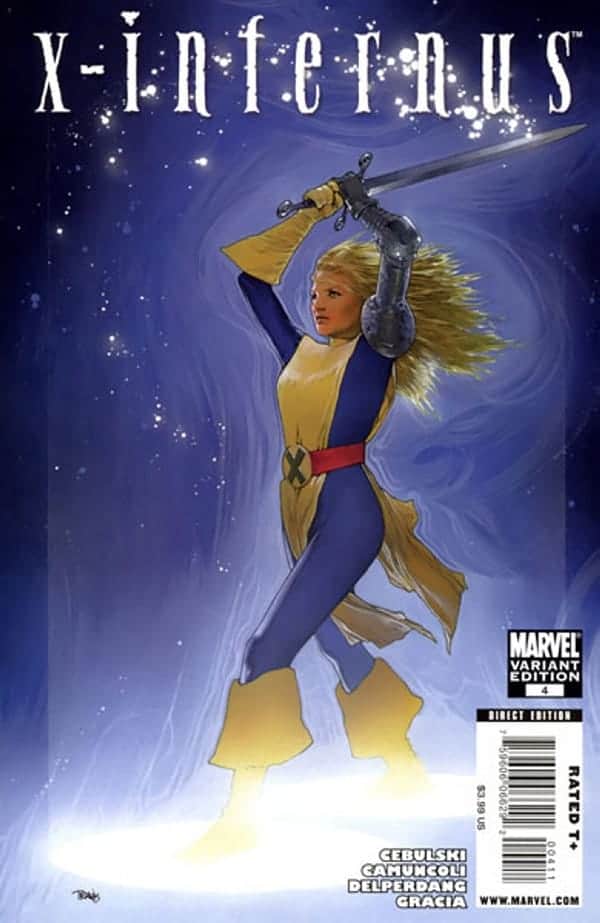 Pixie is also a key player in the X-INFERNUS series but her chief goal differentiates greatly from everyone else’s““instead of saving Illyana from Belasco’s daughter Witchfire’s hold (the spoiler police prevent me from telling you anything about this little section) she spends the entirety of the series whining about how part of her soul was taken from her, and she plans to track Illyana down in order to take it back. In fact, she even attempts to attack her when she returns momentarily from Limbo in the second issue.

Also, Rockslide and Mercury get exposure by joining in Illyana’s rescue squad, which adds a nice touch of humor in some places.

Overall, it’s a fantastic mini-series, and I enjoyed writing an X-INFERNUS review that was like the comic: short and sweet with incredible art, and a storyline that doesn’t focus on Wolverine for once (it’s a joke, guys)!