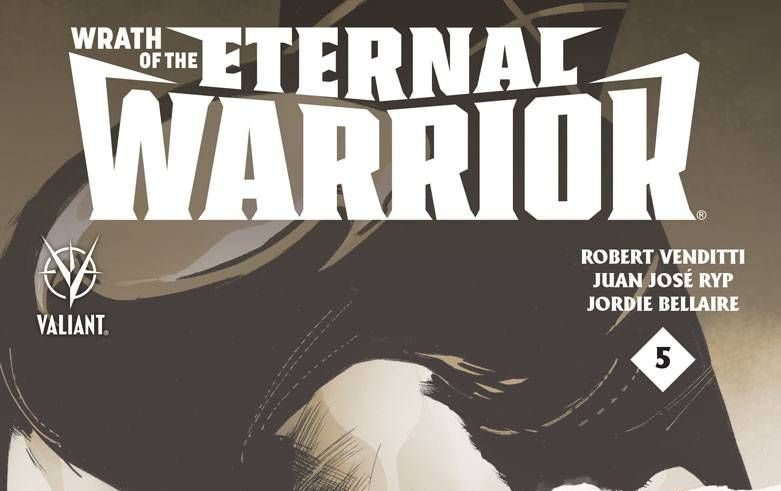 WRATH OF THE ETERNAL WARRIOR #5 takes a break from the ongoing story line of Gilad, the eternel warrior, trying to escape death and return to the land of the living, to present one of the many tales of Gilad’s past. The story opens in Mesopotamia with Gilad on the hunt for a deer. Unbeknownst to him, back at his village, a group of raiders are killing and burning everything to the ground. During the raid, Giald’s first born son Kalam is kidnapped, which sends Gilad on a quest for revenge.

READ: for more great comics from Valiant, check out our review of FAITH #1!

One of the best things about the core concept of the Eternal Warrior is the limitless potential of where the stories of Gilad’s past can go. This tale takes place in Mesopotamia and it really gives anyone who loves history a great chance to enjoy a story set in an incredibly interesting time period as civilization as we know it was just taking off. Although it is only the first part of the arc, the use of the ancient setting really adds a unique feel to the story. 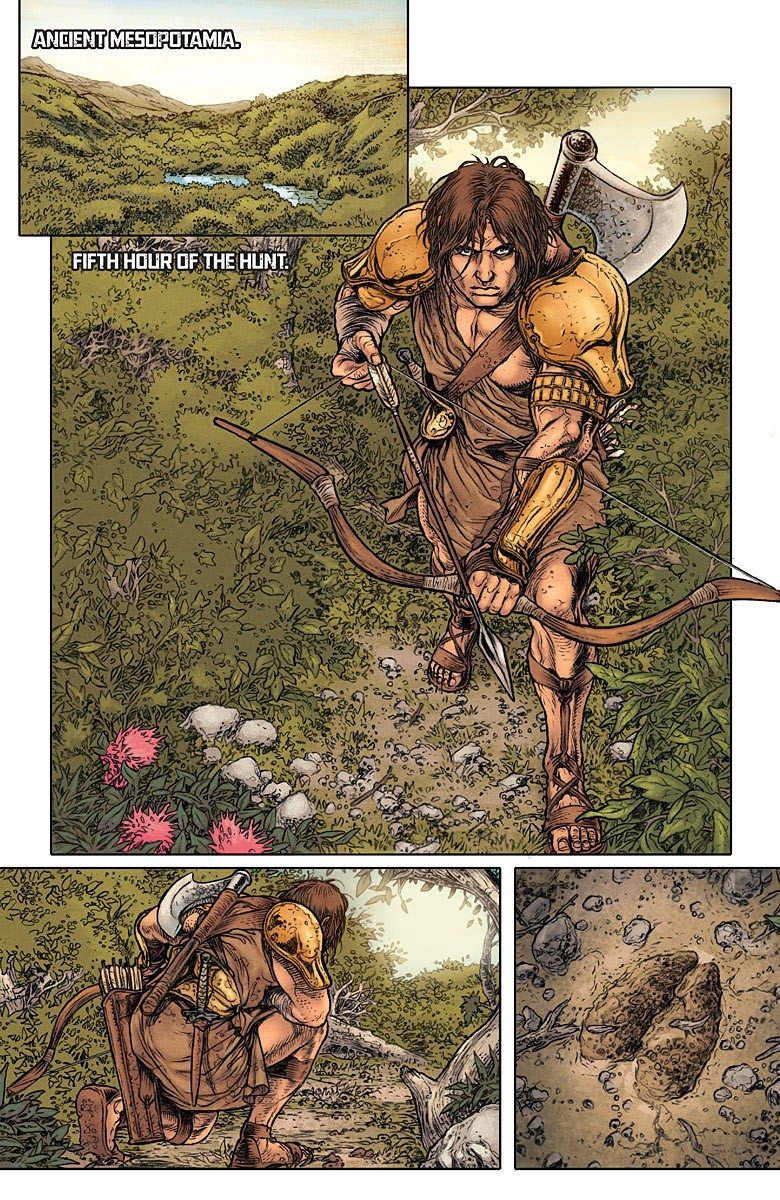 The biggest issue with WRATH OF THE ETERNAL WARRIOR #5 is that is kills all the momentum that had been built through issues #1-4. It is especially disappointing that the phenomenal cliffhanger of issue #4 is pushed to the background for an origin story. After building up such a great concept, and an even better ending in issue #4 when Gilad finally returns to the land of the living only to find himself captured by people who want to harness his abilities, it is a letdown to have to wait to see where the ongoing story arc goes. Of course, this is also a testament to how well Robert Venditti has written the series so far.

READ: Interested in more WRATH OF THE ETERNAL WARRIOR? Check out our review of issue #4!

That being said, the story itself is immensely enjoyable. The entire narrative is a very personal tale that helps flush out who Gilad is much more than in previous issues. Seeing him happy and having everything ripped from him, then realizing he has to continually live with that regret for eternity, is powerful. The interactions with his wife Janna are very moving and the eventual realization of how much his son Kamal actually meant to Gilad before he was taken is heart breaking. 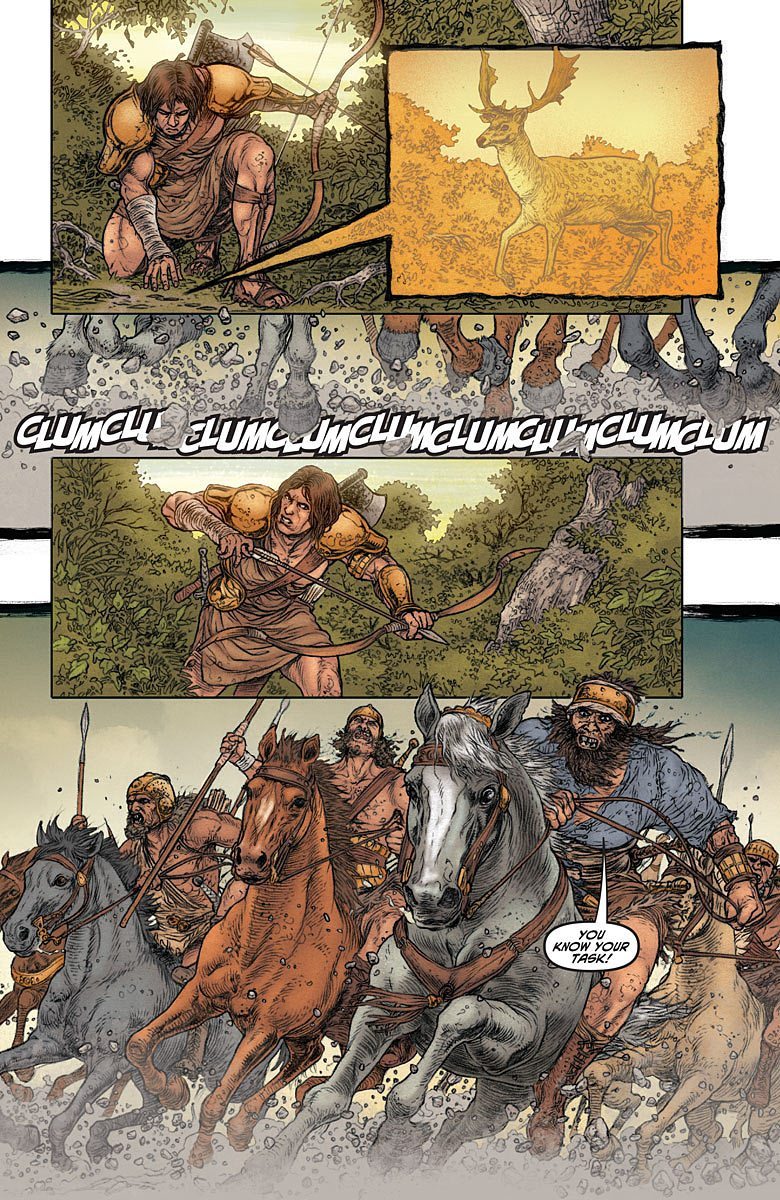 The artwork by Juan Jose Ryp is as beautiful as ever. The nature setting are luscious. The battle scenes are appropriately graphic and visceral. There are also phenomenal interpretations of Gilad’s senses as he hunts. If he feels a deer print, a yellow tinted panel will expand showing what is going on his mind. Similar occurrences happen as he works his way through the remains of his former village and it really is a unique way to get inside the character’s head without adding extra exposition.

It is unfortunate that the great moments and cliffhanger of issue four are left behind, but the story told here is enticing and unique enough to continue Valiant’s recent trend of amazing WRATH OF THE ETERNAL WARRIOR comics.