Regular VENOM artist Ryan Stegman takes a stab at writing with WEB OF VENOM: VENOM UNLEASHED #1. This installment of the series of one-shots focuses on the doglike Venom symbiote, which recently lost its sentience in the main VENOM book. Now, relying solely on instinct, the symbiotic dog takes to the streets of San Francisco to protect his master, Eddie Brock, from mindless zombie-like humans. Stegman’s debut writing credit shows quite a bit of promise. His keen eye for beautifully horrifying visuals works incredibly well with scripting a nearly wordless, art-driven tale. This issue shows that Stegman can plot out a damn good story, and his script work isn’t too shabby either. Kyle Hotz provides the gothic, shadowy artwork which works perfectly for the story.

Previously in the pages of VENOM, the Venom symbiote nearly sacrificed itself to destroy Knull’s symbiotic dragon. It survived the battle, but was left practically mindless. The symbiote became a creature of pure instinct, usually only attacking when there’s a threat to Eddie Brock. It took the form of a dog and travelled with Eddie to San Francisco, so he could seek answers about some missing memories he had after the dragon battle. In WEB OF VENOM: VENOM UNLEASHED #1, Brock sleeps in a seedy motel room in the city, while the symbiote sleeps next to him. A noise at the door awakens Venom and it investigates. It finds some zombie-looking humans, repeating Eddie’s name over and over. As the creepy characters try to open the door, Venom tries, unsuccessfully, to wake Eddie up. Instead, it takes charge and attacks the possessed people. 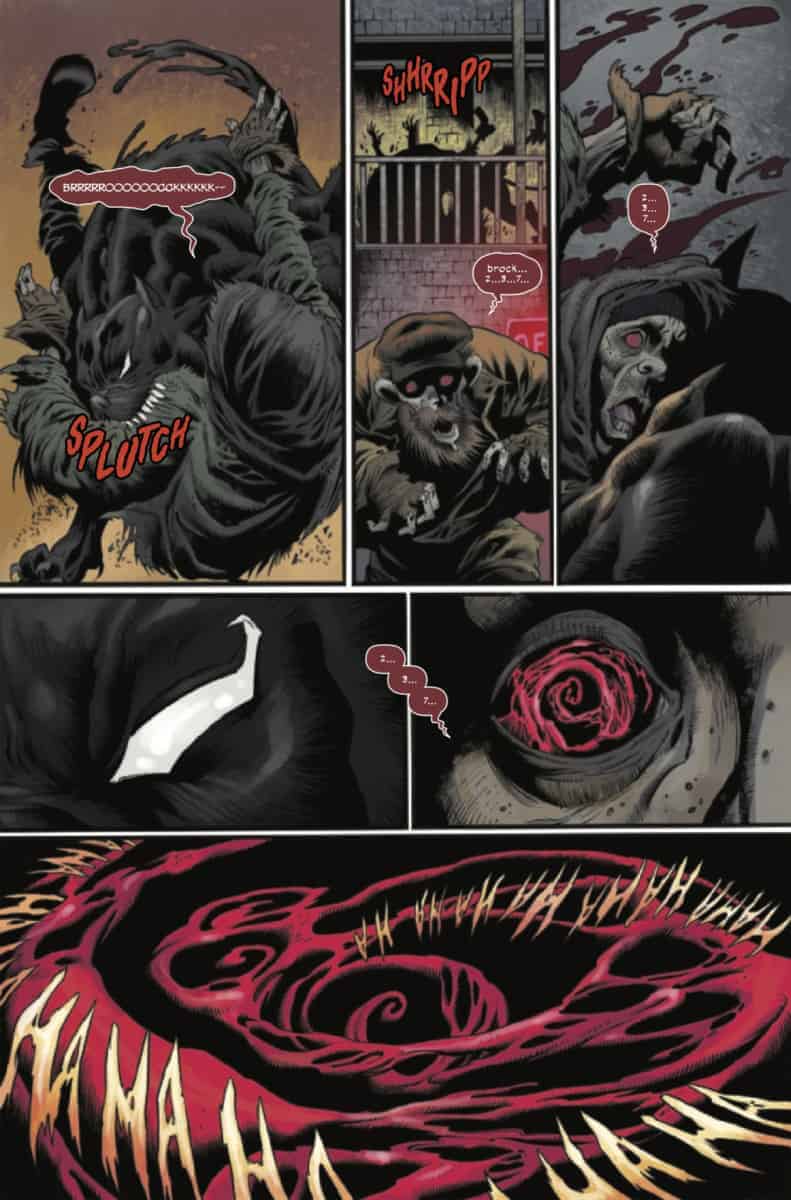 The Venom-dog is briefly shaken by a swirling red blob it sees in one of their eyes, eerily reminiscent of a certain crimson-hued symbiotic psychopath. It catches the blob’s scent and takes to the streets to find more possessed people. The symbiote finds multiple, with two of them donning the Digger suits last seen in VENOM: LETHAL PREDATOR. It removes and kills the blob from one of the possessed Digger-wielders. But who’s behind this? Why are the possessed people reciting the names of former symbiote hosts? Read WEB OF VENOM: VENOM UNLEASHED #1 to find out!

Ryan Stegman proves that he’s quite a capable writer, along with being a fantastic artist, with WEB OF VENOM: VENOM UNLEASHED #1. This debut issue is a real delight. It’s not exactly heavy on character development, but it makes up for that with loads of action, beautiful artwork, and a fascinating story. It doesn’t take a deep dive into Venom and Marvel lore like Donny Cates’ main series, but it doesn’t need to. Stegman seems content in telling a great standalone, art-driven story, and I’m happy about that. It sort of reminded me of the old ’NUFF SAID issues from the early ‘00s, which were all told with no, or incredibly minimal, dialogue. I would imagine that it would be hard to plot a story that’s almost exclusively art-based.

That’s where Stegman’s art background shines, and you can see how he can craft a really visually interesting tale with this issue. The fact that, in his debut issue, he wrote a story that stays coherent without much expository dialogue, is truly impressive. That’s what makes comics such a unique medium. Stegman clearly understands this, and that’s one of the markers of being a great comic book writer. This issue is just a pure, creepy, violent delight, and that’s what Venom’s all about.

Kyle Hotz provides some incredibly moody, dark art for this violent, scary story. His work in WEB OF VENOM: VENOM UNLEASHED #1 is a perfect fit for the story. It’s a story that takes place in the seedy underbelly of San Francisco. It should look moody and generally squalid. Indeed, Hotz’ gothic-inspired art perfectly captures that disgusting, sordid environment. Plus, when he draws violent scenes, he doesn’t skimp on the gore. That’s perfect for a Venom book. On the page when the Venom-dog first leaps at the intruders, you can see what I’m talking about. The horrible, nightmare-inducing Venom, with its seemingly endless amount of sharp teeth and creepy, spindly tendrils, is really frightening. Also, the possessed intruders look appropriately seedy and dirty. 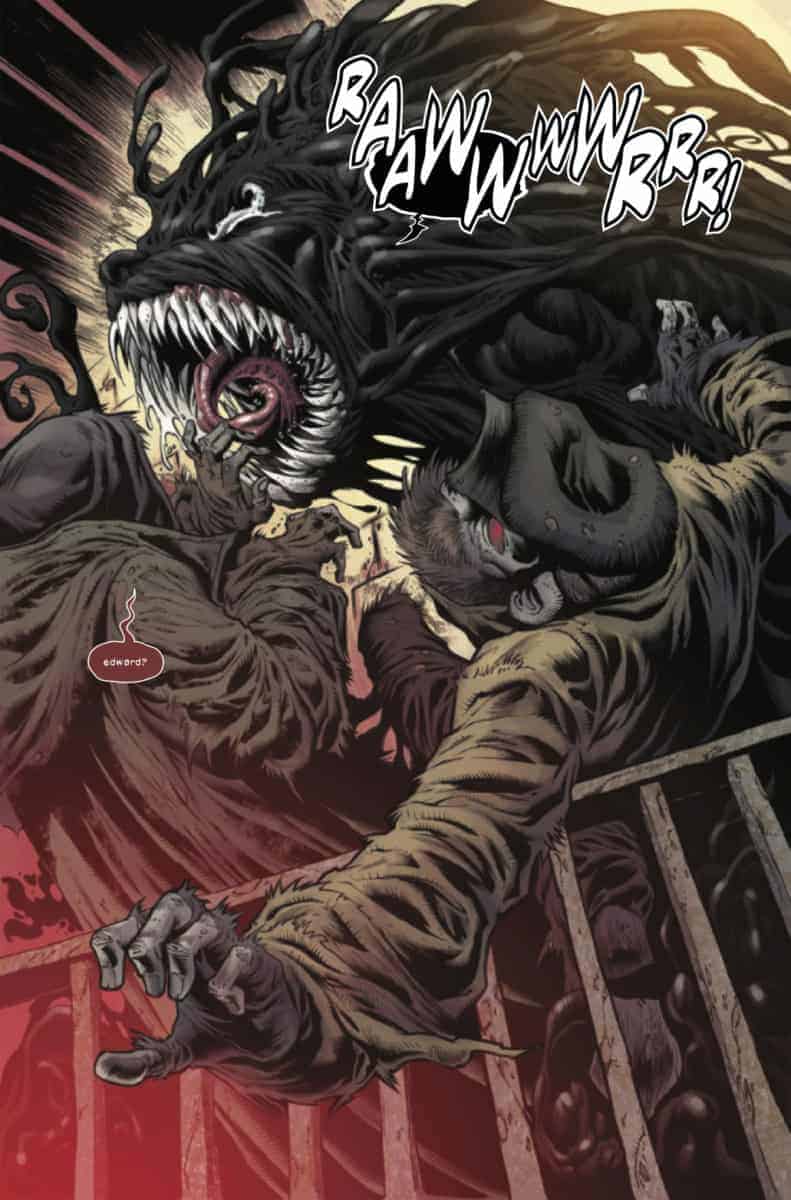