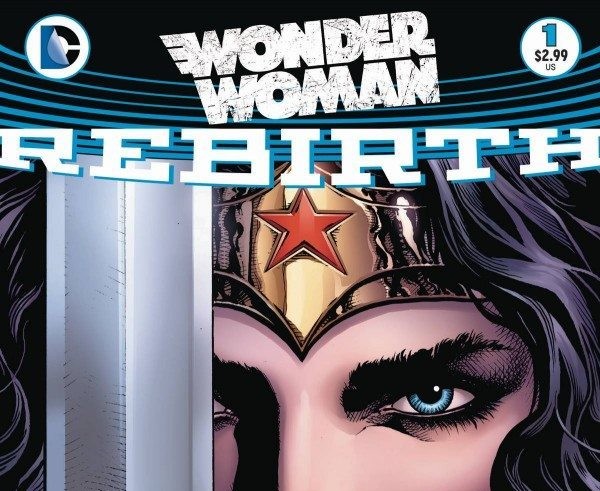 I have to be honest and say I don’t know much about Wonder Woman. I’ve read some of her comics, but I never really felt that interested. I purchased collections of her very first adventures (which is all sorts of crazy). But I’ve never seen what the real appeal of her was, and I really wasn’t sure where to begin. So, I was very excited for the beginning of DC’s Rebirth and a Wonder Woman comic I could jump onto from the beginning. 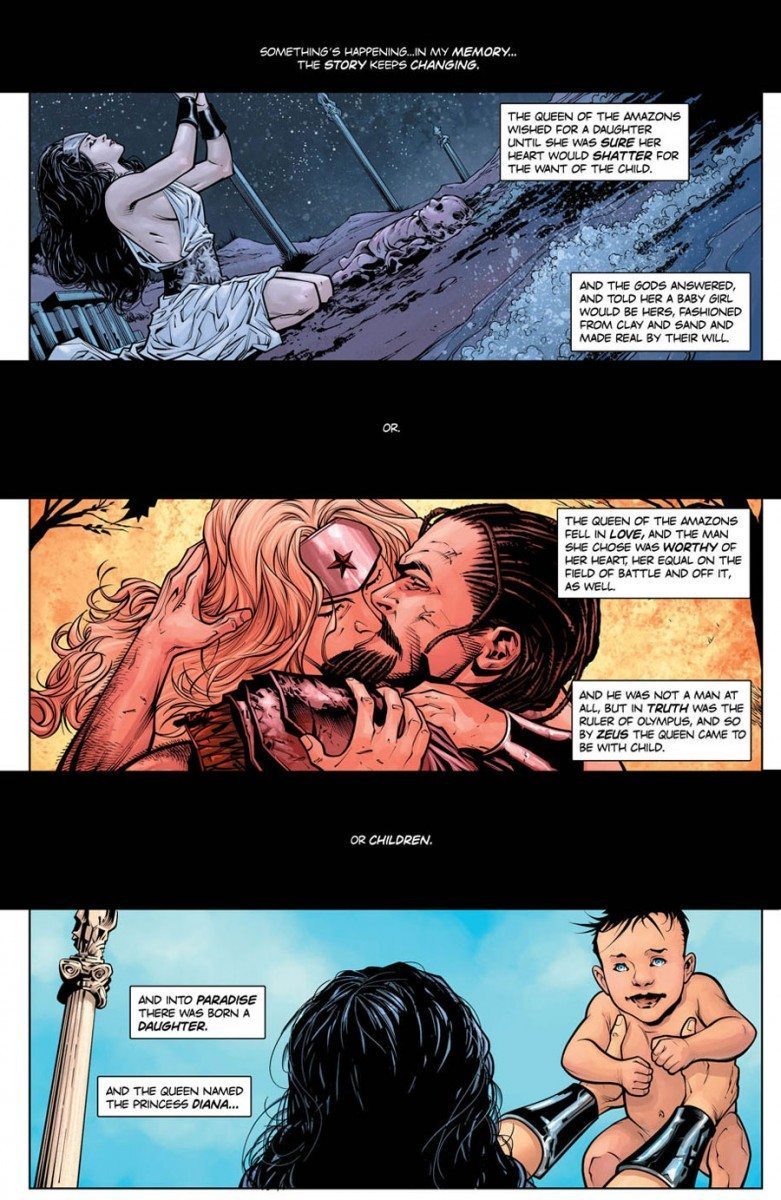 READ: Count down to DC’s Rebirth with our review of SUPERMAN/WONDER WOMAN #29!

WONDER WOMAN REBIRTH #1 is a complicated place to begin. I don’t mean that in any way as a negative. It’s an issue that deals with identity and history, without any easy answers. Greg Rucka’s writing in this really strives to get to the root of Wonder Woman’s character. Who is she really? Where has she come from? What does she stand for? What does the ‘Wonder’ in Wonder Woman mean? The questions, and some of the subsequent answers read like they come from a real place of identity crisis. Yet at the core of Diana, goddess of war (or is she?) beats the heart of a warrior. This will be no mere struggle to figure out what she is, but a battle, both mentally and physically, to get to the truth of who she is. Her story keeps changing, and she wants to find out why. It’s an in-depth read that will have you poring over Rucka’s words, wrestling with them as Diana would wrestle a centaur to gain dominance over their meaning.

READ: Check out our review of WONDER WOMAN EARTH ONE by Grant Morrison and Yanick Paquette!

What the art team, Matthew Clark, Sean Parsons, Liam Sharp, Jeremy Colwell and Laura Martin, does is add great character and visuals to Rucka’s soul-searching script. It is at once is in sync with the words, and yet sparkles with fun as well. While Diana questions the meaning of the word ‘Wonder’, she is also kicking a bad guy’s ass. What I like about her depiction here is how strong and confident she is as she takes on some gun-toting villains. She even cracks a smile as she breaks a gun in half. She enjoys what she can do. There is also a kindness that shines through the panels as she rescues a sex worker. They are small details, but they really do make her a more rounded person. 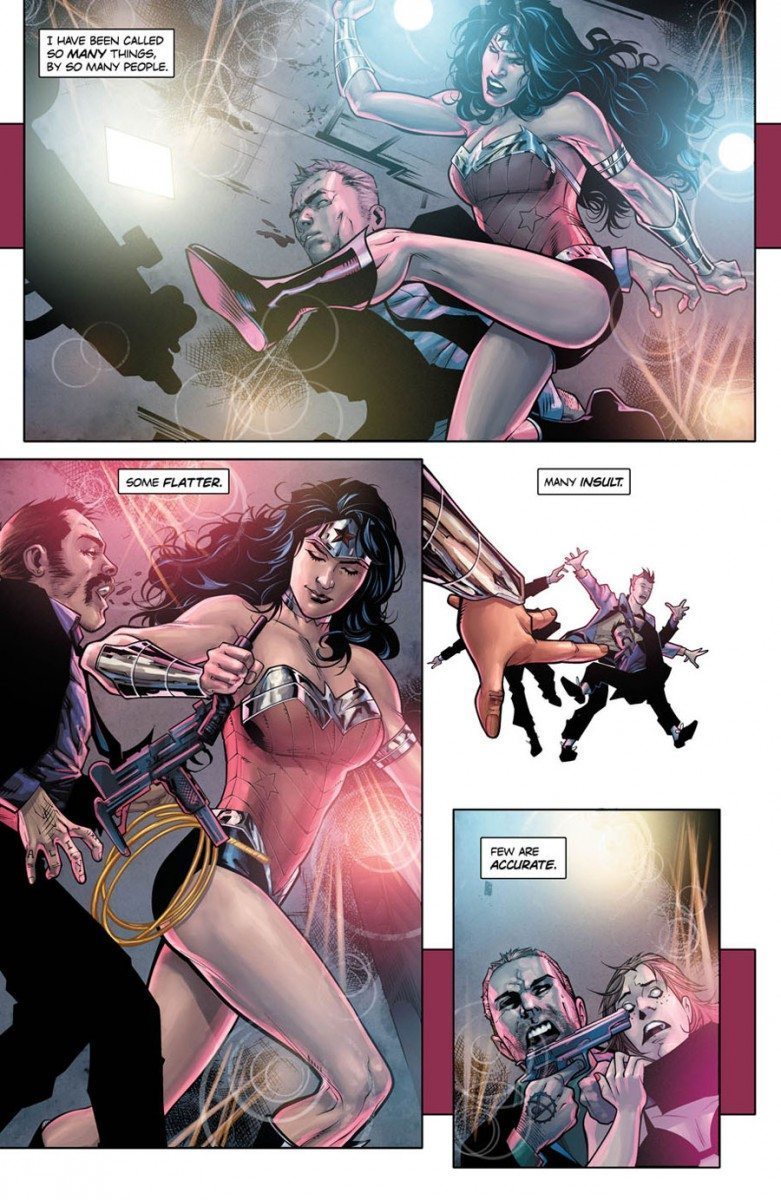 These small gestures really come into play here as she wanders around her apartment, reflecting on her life. A flick of the eyes and a flex of her arm add layers to her internal dialogue. When she finally decides to take action, (and don a new costume) she goes to Olympus to demand answers. But of who? That is the question of the series. Wonder Woman knows that her life is a contradiction; something is not right. And we, as readers, will have a front row seat to her journey. So hey, it looks like I might have found the Wonder Woman book that helps me ‘get’ her appeal. Bring on WONDER WOMAN #1.