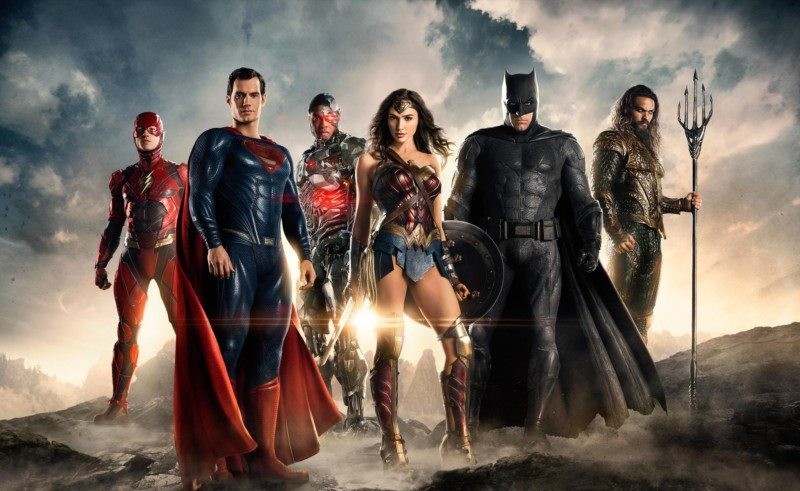 This year’s San Diego Comic Con was buzzing with anticipation. We had so many questions to be answered by these SDCC trailers. How will DC respond to their mixed reviews of BvS? What will we see from WONDER WOMAN? Is it too early to see footage from JUSTICE LEAGUE? What about the CW TV Universe? Flashpoint seems like it could mess up timelines all across the board, but will it? Naturally, in classic DC fashion, we got stuff that we didn’t think would be ready, and some of it wasn’t quite ready.

Lets start with the Wonder Woman Trailer. This was my personal favorite of the DC showings, packed with action. Wonder Woman was one of the best parts of BATMAN V SUPERMAN (which I didn’t hate but gave the lowest of passing scores: 6/10), and this headstrong iconic warrior needs an origin story that does her justice, no pun intended.

While we don’t know as much about Patty Jenkins’ style in action set pieces, producer Zack Snyder’s mark is clear in the visuals. Maybe not so much plot or character development, but he definitely gets action! And this trailer was full of just that. The combat in this trailer did a great job presenting the “love of the battle” mentality of Wonder Woman. Nothing gives her more pleasure than fighting a worthy adversary, which is shown every time we see the character crack a smile mid-battle. For me, personally, action scenes with a kick-ass female character just bring a novelty that isn’t found when watching a more traditional male lead fight. There is an elegant grace to the way a female moves in battle that is both refreshing and exciting on screen. Not saying a man cannot achieve this as well; I just find that strong female leads more often achieve this fluid fighting style (especially Gal Gadot) more often. When WW slid across the floor on her shield, I stood up and applauded. This is what we came to see! I cannot wait to see more 300 style fighting in the full movie.

Action was the easiest task for this trailer to accomplish, but what about the development of the character and story? Pine and Gadot had slightly awkward chemistry, which wouldn’t be a good thing in most cases, but it actually seems to aid their dialogue in the film. WW is out of place in this masculinized society, and Steve Trevor has never met anyone quite like Diana Prince, so the uncomfortable exchanges work well. Even the quips didn’t make me cringe (unlike another trailer that I will get to next). Overall, I would give the Wonder Woman trailer an 8.9/10. I want to see more!

Next was the Justice League footage (not a trailer). Oh boy, this one was more difficult to dissect for this review. In this clip and film, Batman goes on a mission to recruit other super people (as seen in a stupid QuickTime email attachment in BATMAN V SUPERMAN). I’ll start with Khal Drogo… sorry, I mean Aquaman. While I like the use of this character as the “resisting to join” member, the scenes that they showed did not get me excited about seeing more Arthur Curry. Probably my least favorite scene was when he chugged a bottle of what I can only assume was Jack Daniel’s, because everyone knows Aquaman loves Jack and Cokes? Not sure what they were going for, but he felt like Leonidas with gills.

Next is The Flash. I think Barry Allen was okay. His scene was probably the most enjoyable of the footage, even if it looked like a slightly less fun version of the Spider-Man/Tony Stark scene from CAPTAIN AMERICA: CIVIL WAR. I also enjoyed the awkwardness of Barry and his mission to find friends. While I was not so sure about Ezra Miller going in, being a big Grant Gustin fan, I think he was a highlight of the footage. It will be great to have two speedsters to watch.

BatFleck was fine as well; although I thought he was a bit too quippy for DARK KNIGHT RETURNS Batman. In concept, I don’t love the idea of Bruce Wayne as the recruiter because he has always been the hesitant to join character (like Aquaman), but I can get behind it if Snyder can figure out how to design an intelligible story with no dumb dream sequences–I’m looking at you, BATMAN V SUPERMAN.

Cyborg looked pretty cool in his varsity jacket, but a bit too CGI in his Cyborg costume. I don’t really have much else to say about him or Wonder Woman, because they were less featured in the footage, but overall, I didn’t love the stuff we saw from Justice League. For me, the best comparison I can make is that it was like an unexpected, mediocre dessert that left a weird aftertaste when I finished it: 6.5/10.

In the CW landscape, we got to see a trailer for THE FLASH Season 3. It was pretty much exactly what everyone thought it would be: Flashpoint madness, but I loved this trailer! It didn’t give too much away, and I got to see my favorite comic character, Kid Flash/Wally West. The trailer managed to get me even more excited for Season 3 of The Flash. Both Kevin Smith and Zach Stentz will be returning to work on multiple episodes in the new season, which is really great to hear. My worries were relieved when I found out that the property we all know and love is in the hands of people that love its source material as much as the biggest fans. I got a chance to talk with Zach Stentz at Screen Junkies Central, and he was extremely excited to get to work on the show again. You could just see how much he actually cares, which is refreshing in today’s cash grab industry. Great work by the trailer overall: 9/10.

Next is ARROW. After two great seasons (1 and 2) and two less great ones (3 and 4), I have high hopes for a rebound season with more street level crime and less “take over the world” plots. The trailer looked pretty grounded, and I enjoyed getting back to that Season 1 and 2 feel. As expected, we are hanging with the Russians in the flashbacks. It also looks like Flashpoint may have some wonky backlash to this universe, but it is difficult to know exactly who is alive that maybe isn’t at the end of Season 4. Maybe Tommy or Laurel? Maybe we get some Connor Hawke? I guess we have to wait and see, but there are a lot of new heroes joining the team that I am looking forward to. Artemis is a nice addition to replace Roy/Thea, and Mr. Terrific is going to add some much needed Flash-like comic relief to the show. As I said before, basically, the trailer got me pumped for a nice rebound season: 8.5/10. I fully trust Stephen Amell to continue delivering the Green Arrow character that I have loved for four Seasons.

Quick Sidebar: While we didn’t get a SUPERGIRL trailer, I am extremely excited to see how she fits into the universe post Flashpoint. I liked Season 1 and can’t wait to see Supergirl and Superman join in the fun of this DCTV Universe that has developed tremendously well since the release of ARROW! What a great time to unite as comic fans and take a step back from any current adversity in society and forget race, gender and politics to just be fans together. It’s a world where the only disagreements we have are about whether or not we liked an episode or a character. As the wise prophet Cat Grant once said, we all “look like the racially diverse cast of a CW show” and can all enjoy watching these shows as one unit.

LEGENDS OF TOMORROW gave us an interesting trailer that places the heroes from Season 1 into the role of the new Time Masters. We get to see White Canary face off with Damien Darhk, which will be a nice callback for Sara to get revenge for Laurel’s death. This was my least favorite of the three CW show trailers; however, it was not bad. I am just no more excited than I was going into SDCC for Legends next season: 7.5/10.

What Do the SDCC Trailers Mean for DC Going Forward?

Let’s start with television. DC is killing it currently with their CW extended Universe, and this success is looking like it will continue. There is opportunity for new spinoffs with different Earths, maybe different characters like Mr. Terrific or Artemis. Even a mini Justice League could meet up for its own show (The Flash, Green Arrow, Black Canary, Mr. Terrific, Hawkgirl, White Canary and Vixen all exist currently) or expand into a Teen Titans show with Kid Flash, Artemis, Speedy, maybe an Arsenal return, Jesse Quick, Firestorm, Connor Hawke and maybe introduce some new characters like Aqualad, Superboy or one of the Robins. So much opportunity for great new seasons and a bright future of crossovers!

The DC Movie scope has some work to do to catch up to Marvel, and they seemed to be rushing things at first, but maybe these next few origin movies will help slow things down and simplify them. Wonder Woman looks great, and The Flash and Cyborg have potential along with Aquaman. The JUSTICE LEAGUE Movie, while a bit premature, should be an interesting trial run to see these characters together. SUICIDE SQUAD looks great too! Again, just slow down please. It takes years to develop universes like The CW universe and the MCU. Let it happen organically rather than forcing multiple stories into one movie. There is still time to recover from the bumpy start if they adjust to the concerns of the critics and fans!