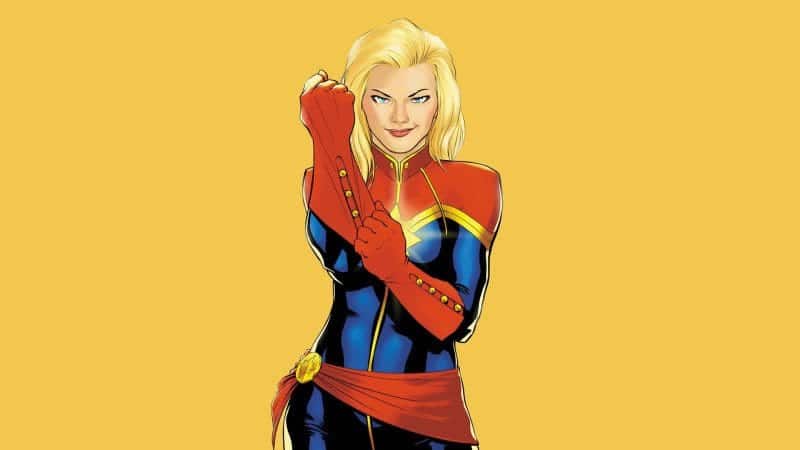 For years, super-hero films have been a man’s game.  Producers have shied away from the idea of female super-hero leads, using films that bombed – such as ‘Catwoman’ – as an excuse to avoid the fact that there’s a massive gap in the market.  But now, DC Comics have announced the 2017 ‘Wonder Woman’, while 2018 will bring ‘Captain Marvel’.  So here are five lessons for the movies to learn if they want to make super-heroines a success!

SUPER-HEROINES RULE ONE: WOMEN ARE PEOPLE TOO

Traditionally, comics have been marketed towards men, about men.  And when you think about it, this was a pretty stupid move.  The world’s population is split fairly evenly between men and women – the population of the United States, for example, is 50.7% female.  Well done, comics; you’ve been missing out on half your potential sales.

Here’s the thing: there are promising signs.  Comic books have been making a concerted effort to attract female readers, with female-only teams (such as ‘X-Men’ and the up-and-coming ‘A-Force’), redesigns for classic super-heroines such as Psylocke and Spider-Woman, and with superb new concepts such as ‘Miss Marvel’ and the promising ‘Spider-Gwen’. 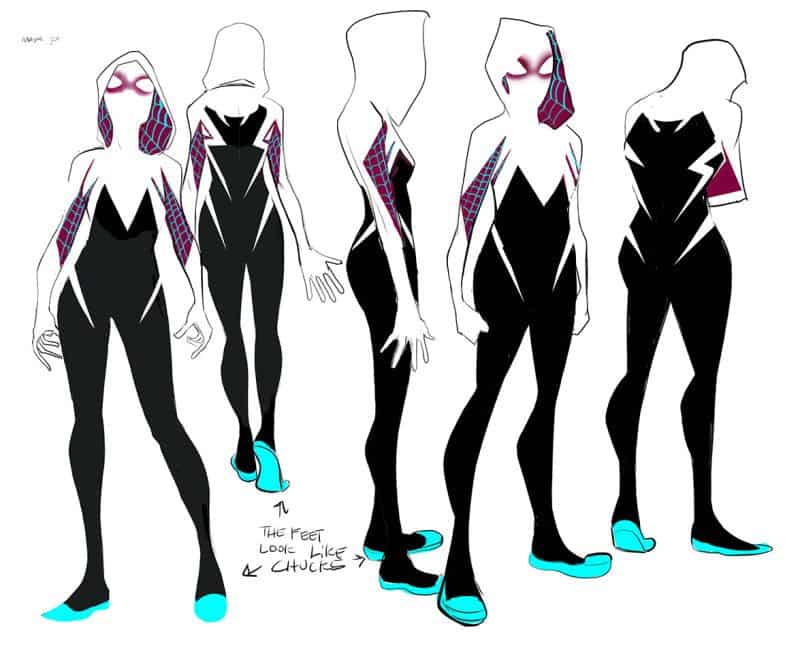 And these are working.  The Beat recently reported that 46.7% of modern comic book readers are female!

What’s made the difference?  Simple; the comic books have stopped treating super-heroines as sexy babes and started treating them as characters.  And this is the first thing the movies need to learn.  Cast your eye to the ‘Divergent’ movies, as an example.

Tris is sexy as all get out, it’s true.  But more than that, she’s a dynamic character in her own right, with a well-rounded personality and a deep history.  She’s not trying to prove herself because she’s a woman; she’s treated as a human being, and must prove herself just as all others in her dystopian world must.  The point is that the books – and the film – treat her little different to any other protagonist.  That’s what real equality looks like; a character is treated just as well, be they male or female.

Tied in to this is the fact that women are more than just sex objects.  When you look back at comic-book history, you find super-heroines constantly in back-breaking poses, showing the maximum amount of their ample cleavage – it’s pretty painful.

Don’t believe me?  Well, take the example of Carol Danvers, soon to hit the big screen as ‘Captain Marvel’.  This was the costume she was introduced with: 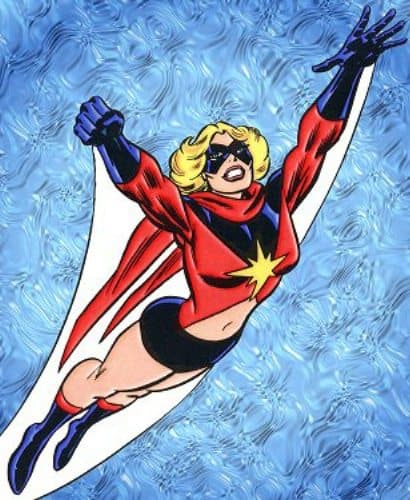 Yes, I’m absolutely sure that look is so practical. 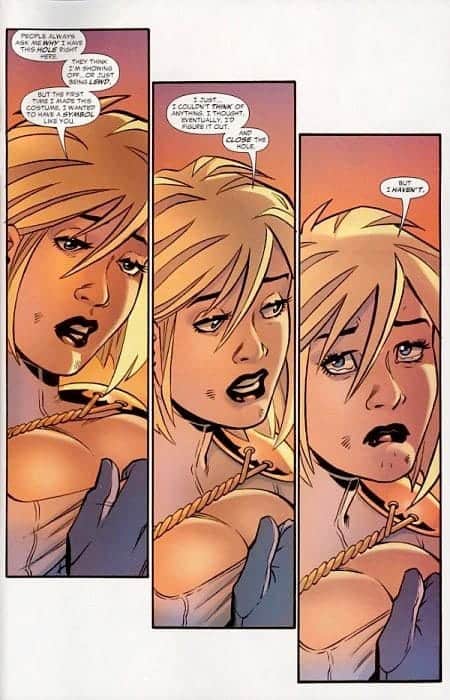 But there are other traditions within comics, though.  Check out the history of the X-Men, whose super-heroines were fleshed out under the skilful writing of Chris Claremont.  Claremont took Jean Grey – a character who’d become nothing more than a constant love interest – and turned her into the cosmic-powered Phoenix.  He explained the concept like this:

“Our intent was to create an X-Men analog, if you will, to Thor – someone who was essentially the first female cosmic hero.  We thought at the time we could integrate her into the book as well as Thor had been integrated into the Avengers.”

Phoenix’s end became tragic, of course – and ‘X-Men: The Last Stand’ is (very) loosely based on the eventual outcome.  But the point remains that writers like Claremont had dared to make attempts at extremely strong female characters, with Storm and Rogue in particular flourishing. 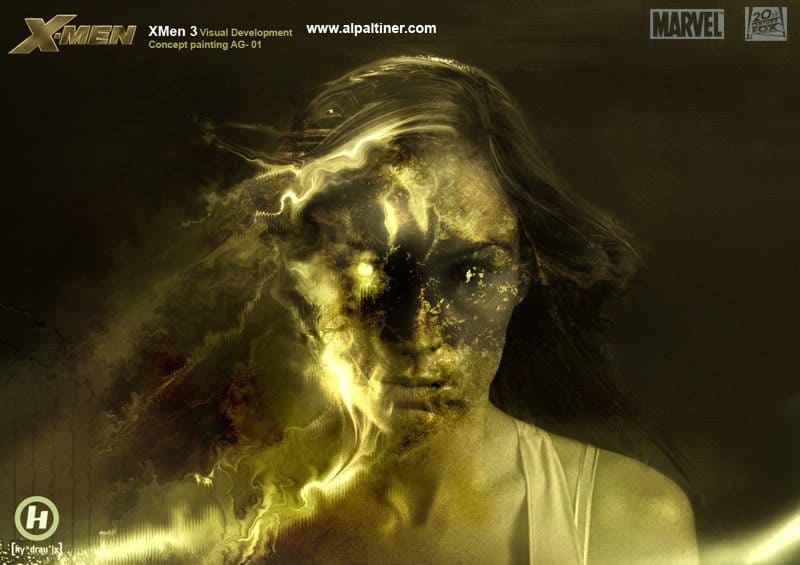 When you look at comic book movies, they’ve tended to forget some of these lessons.  Catwoman was played as a veritable sex icon in ‘Batman Returns’, and the whole look and feel in the ill-fated ‘Catwoman’ movie oozed sexualisation.  Storm in the X-Men franchise is unrecognisable as the confident and powerful leader from the comics.  Over in the Marvel Cinematic Universe, it’s no coincidence that the first super-heroine was Black Widow, a red-hot assassin who dresses in a catsuit with the zipper tugged down a little.  That said, Scarlet Johansson was attracted to the character more than anything else – and apparently she’s going to get a bit of deeper characterisation in ‘Avengers: Age of Ultron’.

Still, the fact is – we can do better than this.  Take Captain Marvel – for all her traditional looks, she got a complete redesign a couple of years ago, and has absolutely flourished ever since.  That’s the kind of look a super-heroine should have. 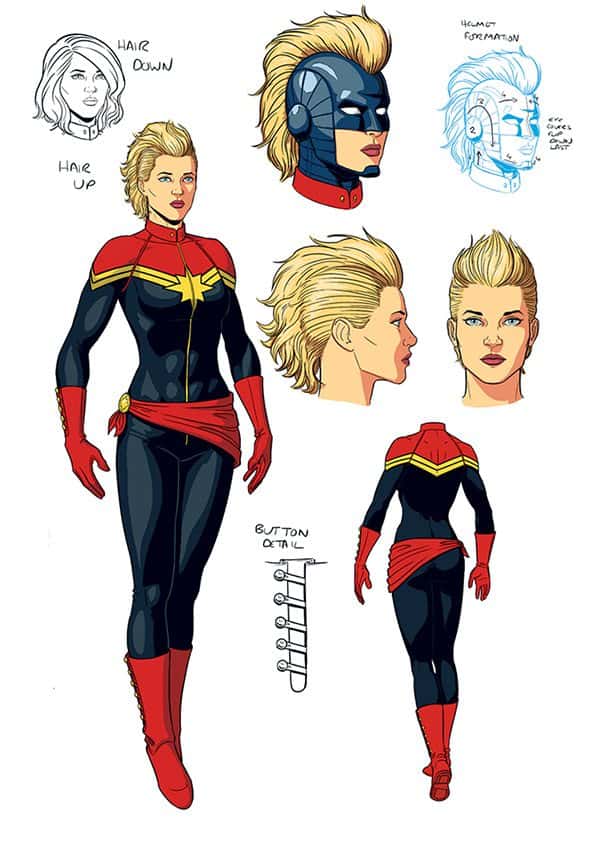 We all remember the ‘90s.  Formed to compete with boy bands, the Spice Girls popularised the term ‘Girl Power’, which had been coined as far back as 1993.  For all that the term was controversial – and it was – that was the ‘90s.

Now, twenty years after the term was first used, the battle of the sexes feels like it’s largely been won.  Pay equality is seen as desirable, and the lack of it as something bad; the feminist movement seems to have turned in against itself, bereft of hard targets, and is currently locked in debate on its own definition.

Of course, the debate isn’t over.  Comics and films are two last hold-outs, as proven last year by Marvel’s Milo Manara variant for ‘Spider-Woman‘. 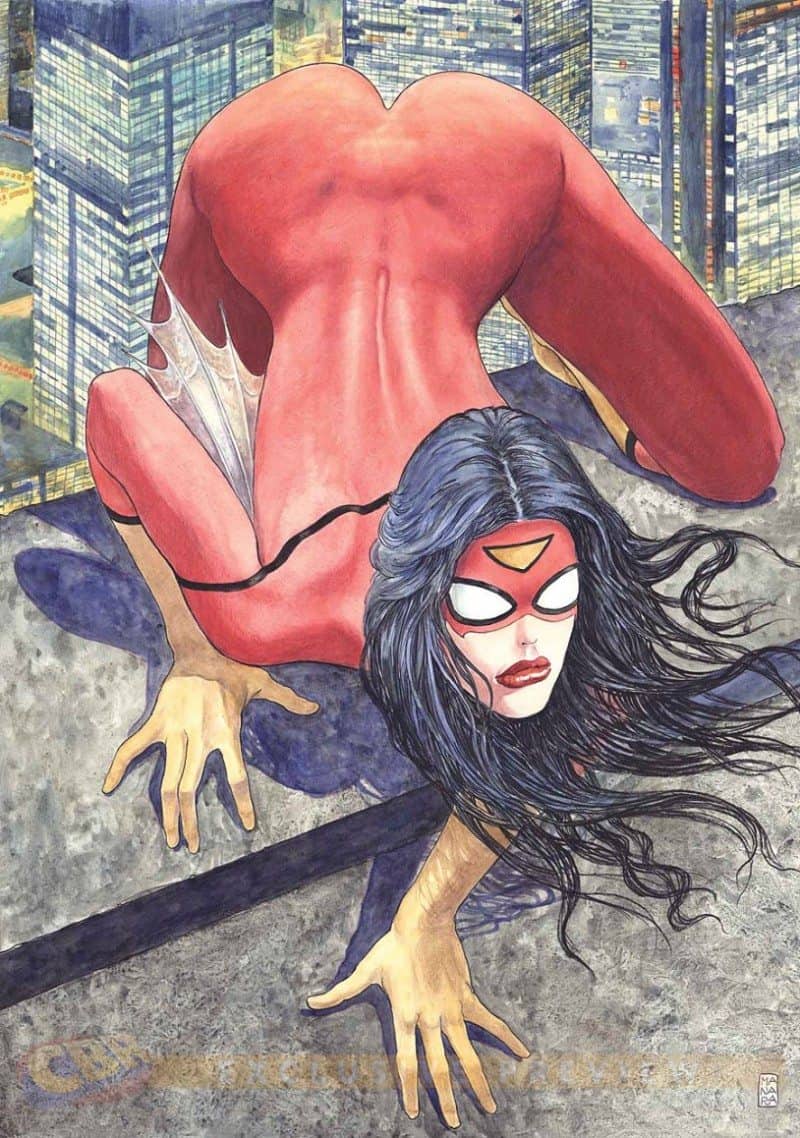 Hollywood seems to be getting the idea that women can hold starring roles, though, with ‘The Hunger Games’ trilogy and the launch of the ‘Divergent’ series.  But the key point about these films is that they don’t try to make the woman make a stand as a woman.  The character’s being female is simply part of their humanity, and nowhere do the characters attempt to make a stand as a ‘woman in a man’s world’.

There’s a danger that female super-heroes could fall for this trap, positioned as a woman in a man’s world, and unwittingly dating themselves back to the ‘90s.  This issue is most acute for DC’s ‘Wonder Woman’, where it’s often formed a core aspect of the hero’s story.  That temptation should be resisted, or, if it simply has to be an element, it should be done in a subtle and nuanced way.

Otherwise the movie risks damaging its own concept.

The best films build a world, and this is true of super-heroes as well as everything else.  Think of Christopher Nolan’s Batman trilogy, where Gotham is as much a character as Batman, Ra’s al Ghul, or the Joker; or think of ‘Guardians of the Galaxy’, with its rich background tapestry of intergalactic life. 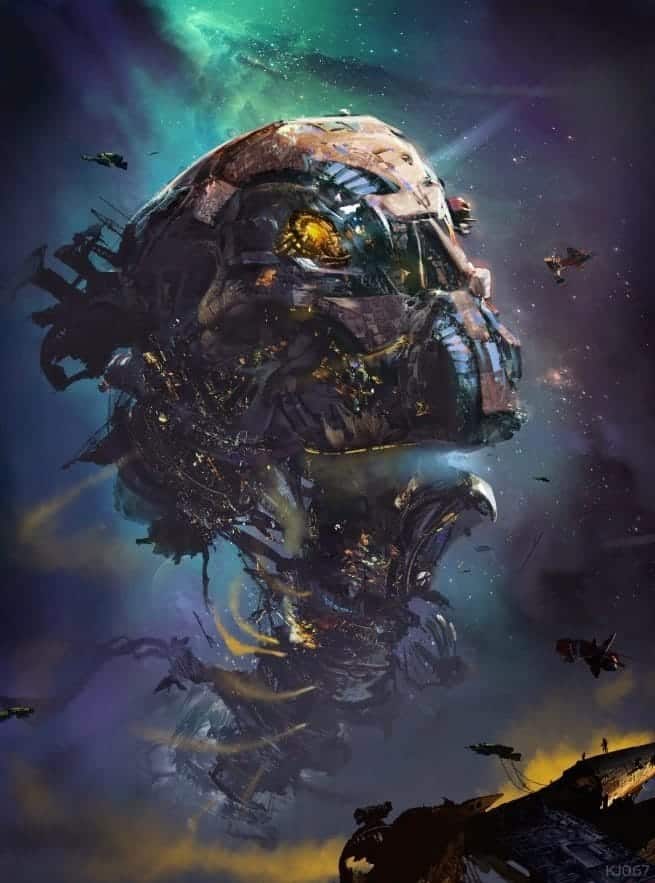 The same is true for comics, actually.  Spider-Man is so successful a hero in part because of the complexity of the world around him, one filled with J. Jonah Jameson, the Daily Bugle, Mary-Jane and Gwen Stacy.  Weaker, less long-lived comics simply dine on the background of other series; take, for example, the first attempt at a ‘Nightcrawler’ series, with supporting cast mostly lifted from the X-Men comics.

Our point is this: for either ‘Captain Marvel’ or ‘Wonder Woman’ to truly succeed, they must be films that stand on their own two feet.  They can’t simply take a concept and introduce it to that particular Cinematic Universe.  Instead, they have to build a concept that stands solid, and then let a later film incorporate that concept into the wider universe.  Just as Iron Man, the Hulk, Captain America, Thor, and the Guardians of the Galaxy all stand as separate entities, woven together into a broader tapestry.

Oddly enough, though, the risks this time are bigger for Marvel.  Their universe has an ongoing continuity, and ‘Captain Marvel‘ is currently set inbetween parts one and two of ‘Avengers: Infinity War‘.  What will that ‘time between’ look like?  There’s a danger that Part One will change continuity enough to profoundly affect the setting of ‘Captain Marvel‘.

And our final rule is this: a successful super-heroine must be more than just a romance.

This is a lesson that comic books have learned the hard way.  In 1991, writers plotted a scene showing two X-Men flirting with one another, Gambit and Rogue; fan reaction was positive, and suddenly every story these two were part of was a romance.  Unfortunately, as the years went on, the distinctiveness of the two characters began to be lost, and Gambit in particular became damaged as a concept.  Arguably, he still hasn’t recovered.

Rogue: a strong comic book female, Check out the podcast!

Now, leaving aside the fact that several members of the ComicsVerse team actually think Gambit and Rogue written well would be a good couple, the point is that any super-hero must stand on their own two feet.  They can’t simply be a love interest!  Marvel have already demonstrated their understanding of this, because they’ve resisted giving Black Widow a romantic subplot for at least the first three films she appears in.  As a concept she’s now pretty well-developed, and any romance – such as one that’s been teased between her and Bruce Banner (the Hulk) – would be much more organic, and much less damaging.

Wisely, Marvel have chosen in Captain Marvel a hero who stands a little separate from the main books, and whose romance storylines have tended to be with non-heroes or less-well-known characters.  Sure, there have been hints of potential romance between Captain Marvel and Iron Man over the years, but those have never really materialised.

But for DC, the risk is greater.  Wonder Woman’s origin has recently been rewritten to make her a demigod, and we know that this portrayal is the one that’s inspired the movie version of the character.  Another aspect of recent portrayals is a romance between Wonder Woman and Superman.  And then you have the fact that Wonder Woman is making her debut in 2016’s ‘Batman vs Superman’… 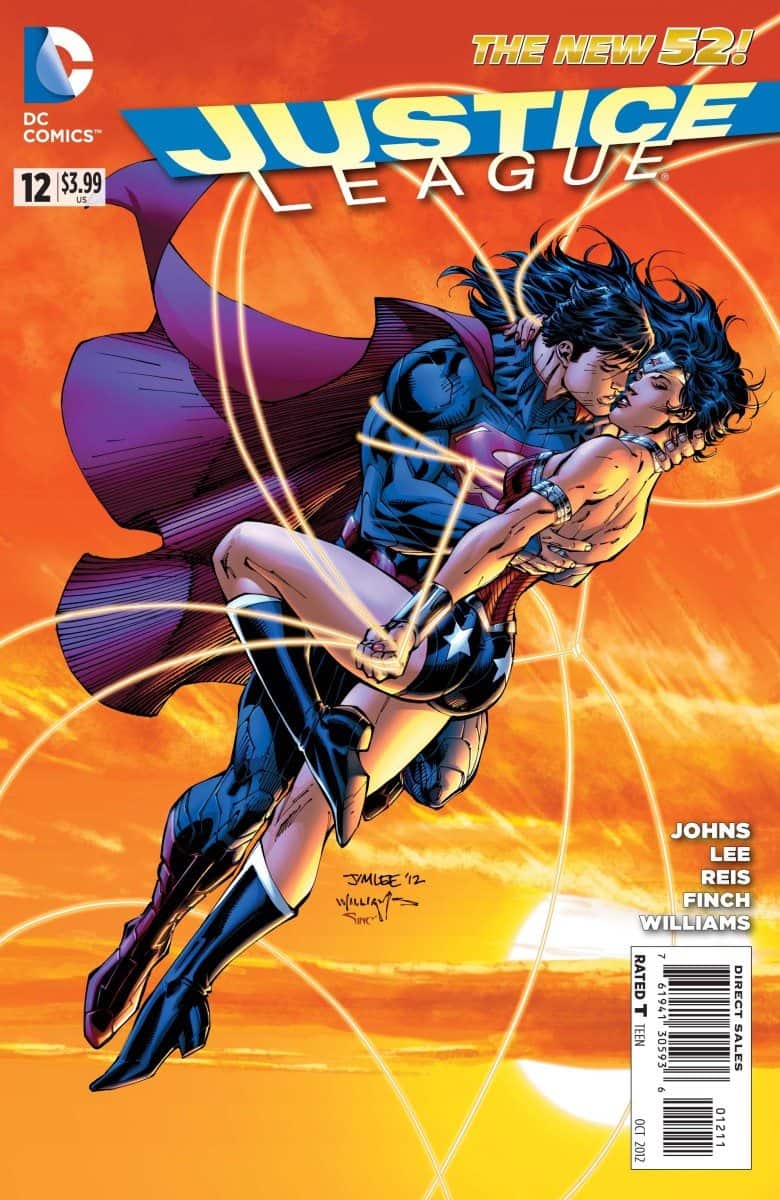 Playing romance into Wonder Woman’s first appearance would seriously weaken the concept, and lessen the chances of that part of the franchise standing on its own two feet.  DC take note: your female characters must be more than just a romantic subplot.