War criminal Cadulo has been placed into military custody, and the terrifying god Urzkartaga has been reduced to nothing more than a frail orchid. Steve Trevor and his elite team have accomplished their mission, ending a reign of terror with the help of Wonder Woman. What now? Everyone deserves a little down time.

READ: Catch up with WONDER WOMAN with our review of #8!

And this is what WONDER WOMAN #9 is all about, those little moments of life outside the usual grand adventure, where friendships bud once more, and love is in the cards for our heroine. That’s not to say the plot of “The Lies” does not march forward. The ending of the issue is unexpected and thrilling, and I expect it to propel the story into overdrive in the next installment. However, WONDER WOMAN #9 is kept mostly grounded. Rucka focuses on her friendship with Barbara Ann Minerva, and Diana and Steve Trevor having a heart to heart. 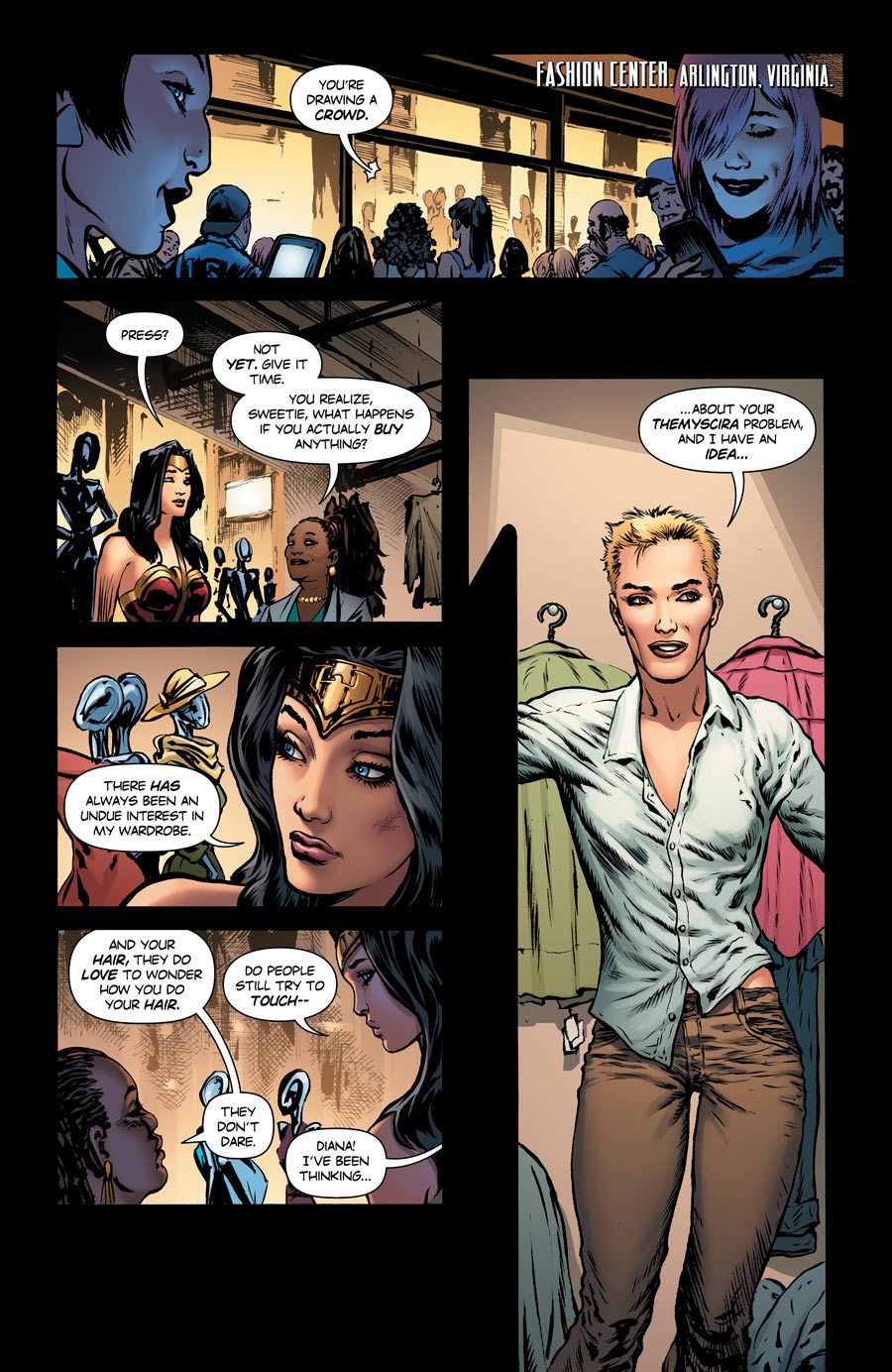 Barbara Ann is slowly emerging as one of my favorite characters within the Wonder Woman mythology. Her battle with her (very real) demons and her quest for knowledge are enthralling while her attitude bordering between no-nonsense and full of charm makes her feel real. After changing back into human form (in WONDER WOMAN #7), Diana and Etta Candy take Barbara Ann clothes shopping. She is at once focused and distracted, trying on clothes absent-mindedly while concentrating on helping Diana find Themyscira. To Barbara Ann, promises matter. Diana promised (and did help) cure her of her Cheetah persona, so Barbara Ann has promised, in turn, to help Diana find her home.

While Barbara honors her promise, Steve and Diana have a touching heart to heart about their feelings. For a reader who knows only a little about their background, this scene was still impactful. Diana is upfront and honest about her shortcomings and her capacity for romantic love. Steve is self-deprecating and charming. Both work their ways to the core of their issues and end up, finally, in each other’s arms. Rucka’s dialogue here sparkles, showing a very real conversation between a goddess and a mortal, that is very human and very real. Artist Liam Sharp continues to do what he does best, making this scene as intimate as possible without it seeming mawkish. He excels at human drama, with close-ups and facial gestures making the story of an Amazonian princess and a military officer seem possible. Laura Martin’s colors also bathe this scene in the gentle glow of a setting sun. 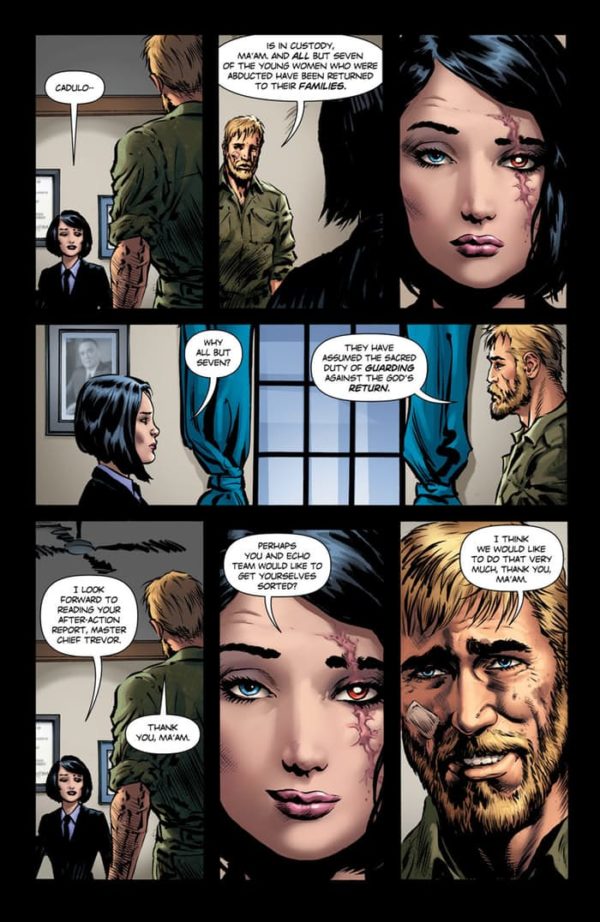 There is some lovely stuff going on in this issue, from the two-page spread nod to previous Wonder Woman’s creators to Martin’s use of colors at the cliffhanger. Diana has potentially found what she is looking for, but Martin uses oranges and browns to suggest that there is something amiss here. Letterer Jodi Wynne also controls Rucka’s words with skill and some deft touches, her pacing of each scene wonderful in its subtlety–the mark of any great letterer.

READ: We delve into what makes a super heroine successful!

WONDER WOMAN #9 begins with a recap, builds on the romance, and ends with Diana coming face to face with possible answers to her quest. It has everything a good comic should have. This creative team knows how to tell a good story without having to rely on pointless action scenes. Nothing is superfluous, and everything they do matters. It’s one of DC Rebirth’s strongest titles, so do yourself a favor and pick it up.