WONDER WOMAN #7 wraps up the current storyline of ‘The Lies’ arc. While Diana has felt that, from the start of this tale, her past may be plagued by falsehoods, she’s not the only one that has been deceived. Barbara Ann, the Cheetah, may learn some uncomfortable truths along the way. While this issue doesn’t get us, the reader, any closer to the mystery of why Diana can no longer find Themyscira, it still offers much to enjoy, with some astounding visuals and an ending that’s charged with emotion.

READ: Check out our essential list of Wonder Woman stories!

Liam Sharp really has a knack for setting the bar higher with every Wonder Woman issue he does. The opening to WONDER WOMAN #7 is no different, the first page featuring an inspired use of paneling. Sharp uses the wooden bars of a cage to break up the beats of each image, as a young girl watches Wonder Woman take on Urzkartaga’s minions. He starts off with a medium shot of the young girl, her hands holding onto the bars. As our eyes move over the panels, we get closer and closer to this person, until we see what is reflected in her eye; Wonder Woman and Cheetah punching and kicking their way through a swath of monsters. With the flick of the page, the cage opens up, with Diana standing tall among her rescued hostages. If that wasn’t enough, Rucka’s words here, few but measured, really give us a sense of who Diana is. Sure, she is a warrior of the finest caliber, but she is also an inspiration, a shining beacon of hope. She not only wields strength, but instills it in others too. 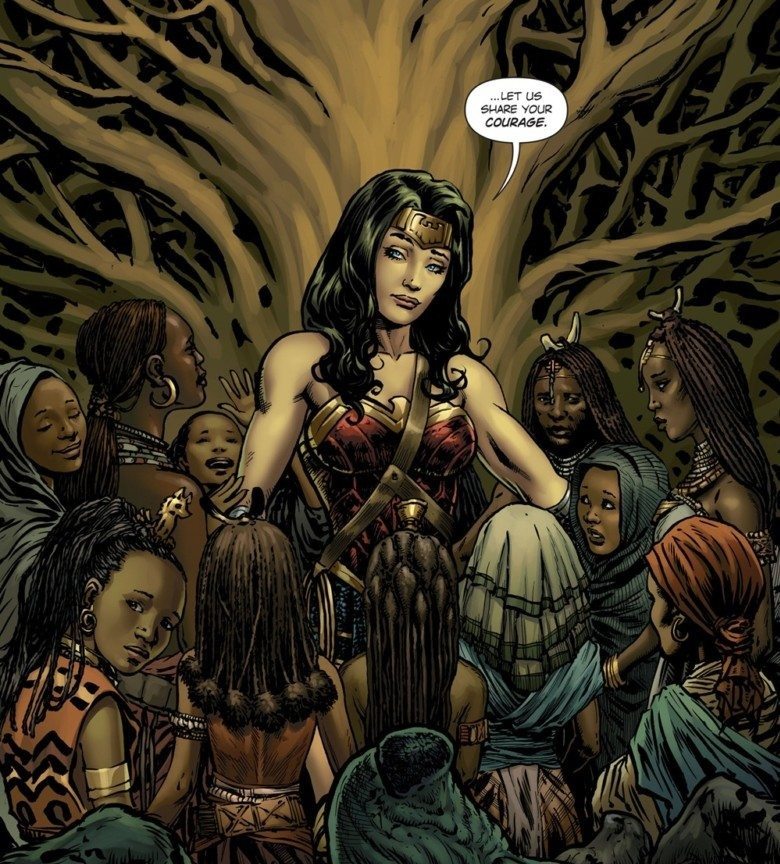 Throughout the rest of the book, the focus pulls away from Diana slightly, throwing Cheetah into the fore. She is probably my favorite thing about this issue, one moment hiding in the shadows, the next snapping and snarling right in your face, threatening bloody murder. I love the way Sharp draws her, especially in close-up. Her animalistic aggression just jumps off the page; the furrowed brow, the sharp teeth, every detail lovingly rendered. This is where Sharp excels, those little touches that add a lot of character and emotion to a scene. Even as Diana takes on the horrific form of Urzkartaga, Sharp adds a little smile to her face, a small detail which shows how confident and sure of herself Diana is. Her brief encounter with Steve is another highlight; contained, emotional, and real. Laura Martin continues to do a fantastic job on this book, her earthy browns and fungus greens creating a world buried beneath the jungle. It feels claustrophobic, an underground realm engulfed in darkness and death.

I have one or two minor criticisms with this book. The revelation around Urzkartaga’s relationship with Cheetah, and women throughout his history, fell slightly flat. I wasn’t 100% sure what Urzkartaga had actually done to manipulate Cheetah. The dialogue didn’t really convey what the big revelation was. I also took issue with an editorial decision (and it’s an educated guess it’s editorial) to cover over some of the art on the last page with a banner stating what happens in the next two issues of WONDER WOMAN. A major character in the Wonder Woman mythos had just gone through a powerful change, and that impact was somehow diminished by the text box inserted in the very last panel. 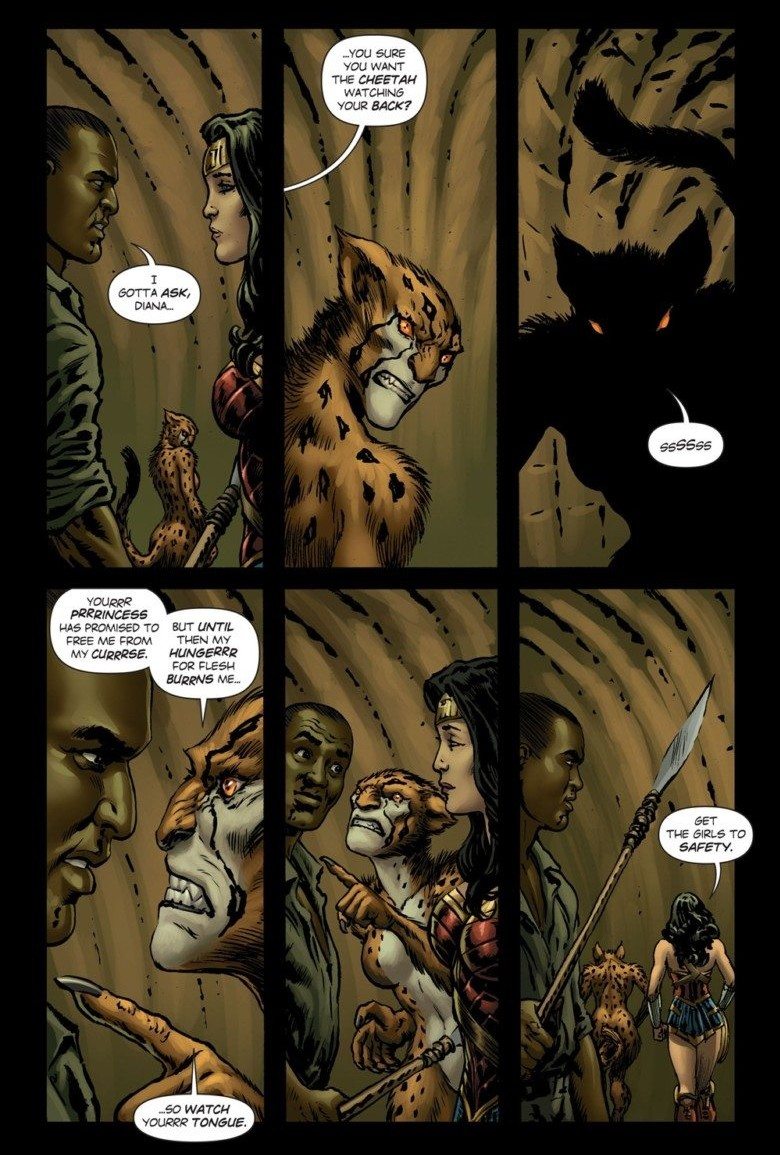 Despite these issues, Greg Rucka, Liam Sharp, and Laura Martin continue to make WONDER WOMAN a damn fine and essential read. In their hands Diana has become as inspiring, as hopeful, and as full of courage as Superman. She may even outshine him.