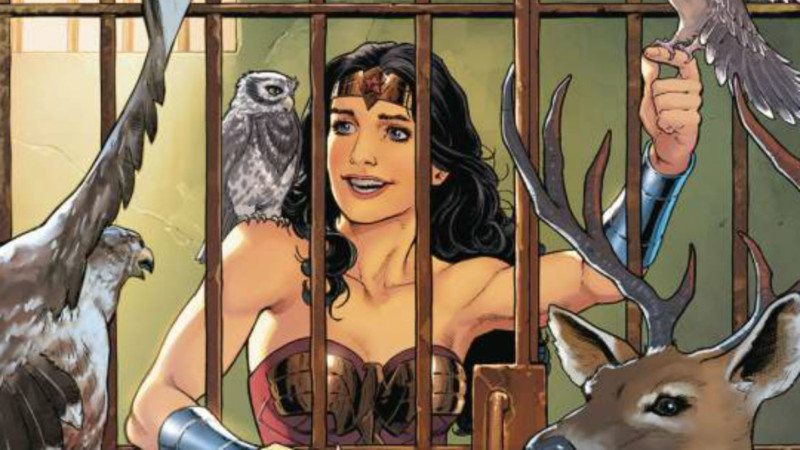 Diana and Steve have crash-landed on American shores. As Steve recounts how his top-secret mission went badly wrong to the military, Diana is detained in a jail cell while the powers that be determine her fate. The arrival of Diana has caused quite a stir and Doctor Barbara Ann Minerva (future Wonder Woman foe, Cheetah) is called in to communicate with the six-foot Amazon that no one can understand. 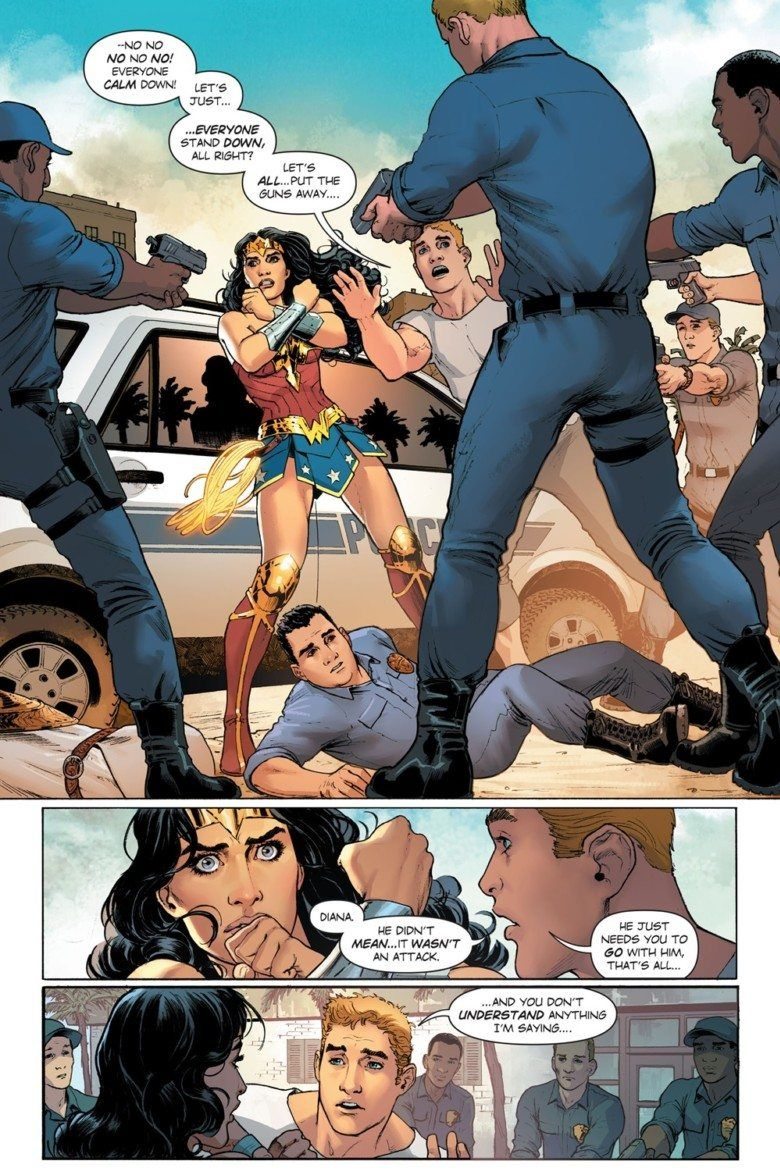 WONDER WOMAN #6 opens on a wonderful light-hearted moment as Steve and Diana attempt to talk to each other before the Invisible Jet crashes. From the first page this issue had me chuckling at how endearing these characters are. As someone who has little knowledge of the Wonder Woman mythos, it shows how powerful and effective the creative team has been at shaping these characters over the space of six issues. Rucka constructs a wonderfully witty, sweet, and sad issue full of wonder and depth. He doesn’t rely on big action set pieces to sell you on this story. He writes well-rounded people in fantastical situations which feel intimate and honest. We also get to see Diana’s first interaction with Barbara Ann. Surprisingly, it is Barbara Ann who translates Diana’s language and helps her communicate with the rest of the cast. It’s almost heartbreaking to see how eager they are to understand each other, as the alternating WONDER WOMAN series arc, ‘The Lies,’ tells a far different story of the two women. Rucka’s use of the song lyrics from ‘Over the Hills and Far Away’ is perhaps the most poignant moment of this issue (and I would highly recommend finding the song online to listen to while reading this scene).

READ: Check out our review of WONDER WOMAN #5!

Nicola Scott is the perfect artist for Diana’s story, who breathes life into these characters with every line of ink. Her depiction of Diana is strong, beautiful, and statuesque, but also nervous, anxious, and even fearful. She is full of child-like wonder and awe in every gesture and look that Scott gives her. Scott’s inks are masterful without being domineering. In the hands of a lesser artist, Diana’s first introduction to humanity would have been a big, indulgent splash page. Here, Scott takes up less than half a page, with a slightly shy Diana stepping off the invisible jet into a crowd of querying onlookers. It works well; two worlds nervously meeting for the first time. Romulo Fajardo Jr.’s colors add warmth to each panel, creating an atmosphere that feels safe, despite the new-found mysteries that Diana brings. The coloring for the inside of the invisible jet is also a nice touch, a light pink that suggests protection and comfort. 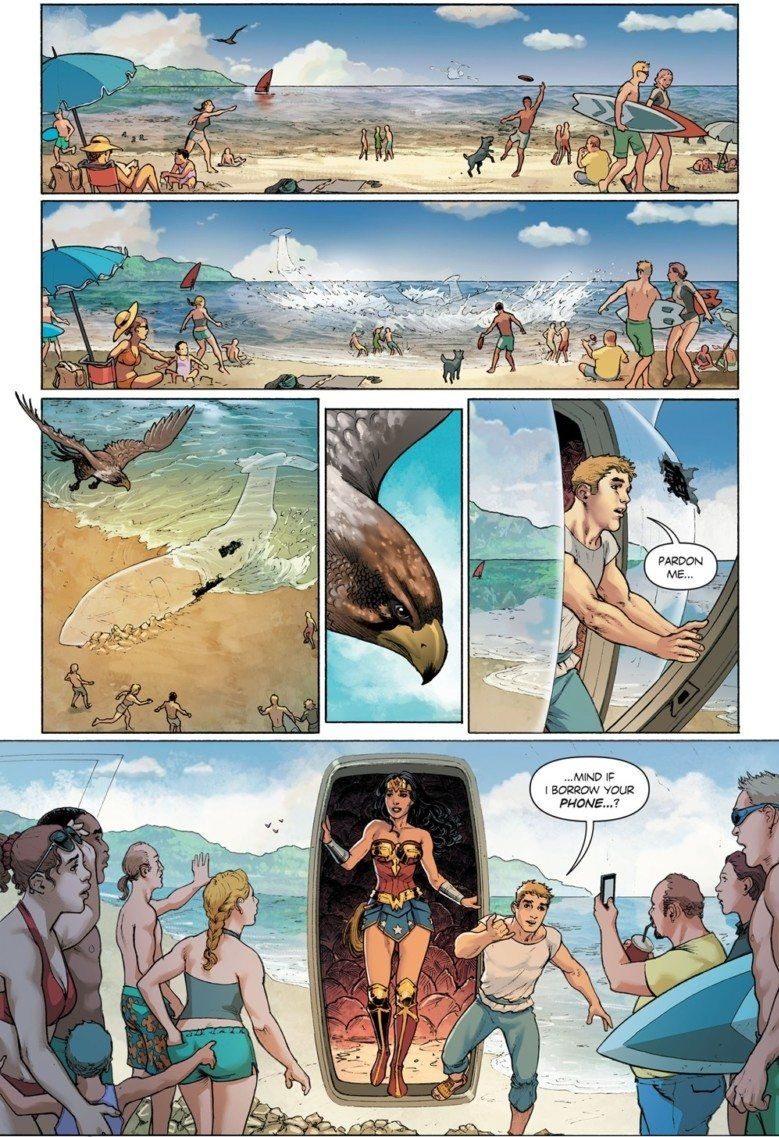 Letterer Jodi Wynne has her work cut out for her, controlling Rucka’s dialogue while also making sure not to obscure Scott’s and Farjado Jr.’s work. She does this admirably; her use of fonts and word balloon designs to differentiate speech between Diana and everyone else lends so much more to the story. There are clever changes that Wynne uses that add subtle layers to the storytelling process and of a language barrier slowly breaking down between two races.

READ: We look at one of comics most iconic weapons, Wonder Woman’s Lasso of Truth!

WONDER WOMAN #6 manages to cram a lot of character history and plot into a short space of time without it feeling overbearing. The script is tight, the words chosen carefully. The art is wonderful and definite on each page. This series continues to be one of the stars of DC Rebirth.