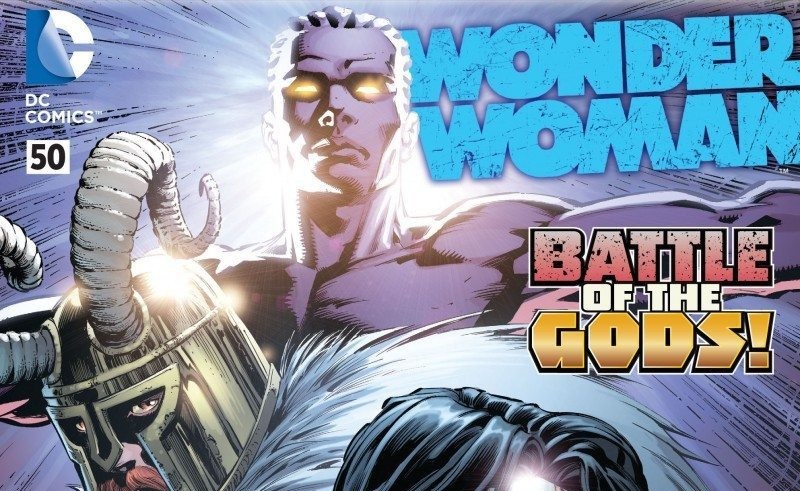 Due to her involvement in the film, WONDER WOMAN#50 could very well be the first Wonder Woman comic that theater-goers leaving BATMAN V SUPERMAN: DAWN OF JUSTICE will read this week. Thus, the pressure is on for the husband and wife team of Meredith and David Finch to acknowledge all of the components of Diana’s character in order to properly introduce new readers to Wonder Woman. 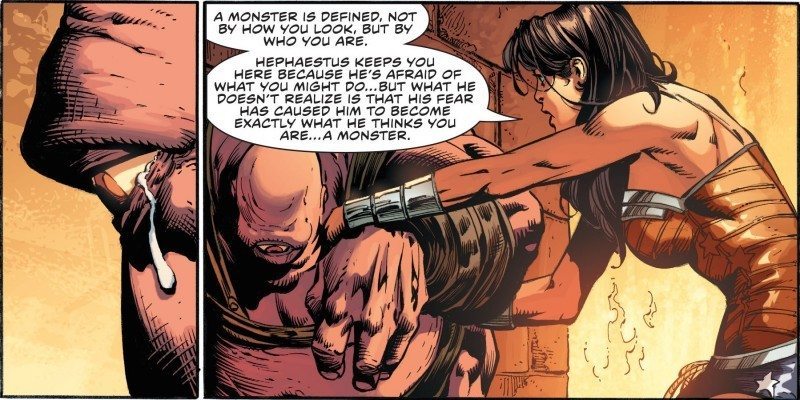 Thankfully, they largely succeed on this front. In WONDER WOMAN #50, we see glimpses of not only Diana’s compassion and ferocity, but also her worldview and how that informs her actions. The focus of the issue continues to be saving Zeke and the Olympians from their own destruction. To do this, Diana must go on a series of quests for Hecate, goddess of sorcery and necromancy. This leads her to a confrontation with Ares, who seeks to regain the powers of the God of War from Diana.

Watching Ares and Diana duke it out is probably the biggest highlight of this book. At the risk of sounding like a broken record, having a battle that is as physical as it is ideological is a great way to present one of Wonder Woman’s most long-standing enemies to new readers. Even if you haven’t read previous issues of WONDER WOMAN, you immediately understand the relationship between these two and why Ares is as close to an arch enemy for Diana as any character could be. They even included a bubble introducing him by name like some WWE cage match. Smart move. 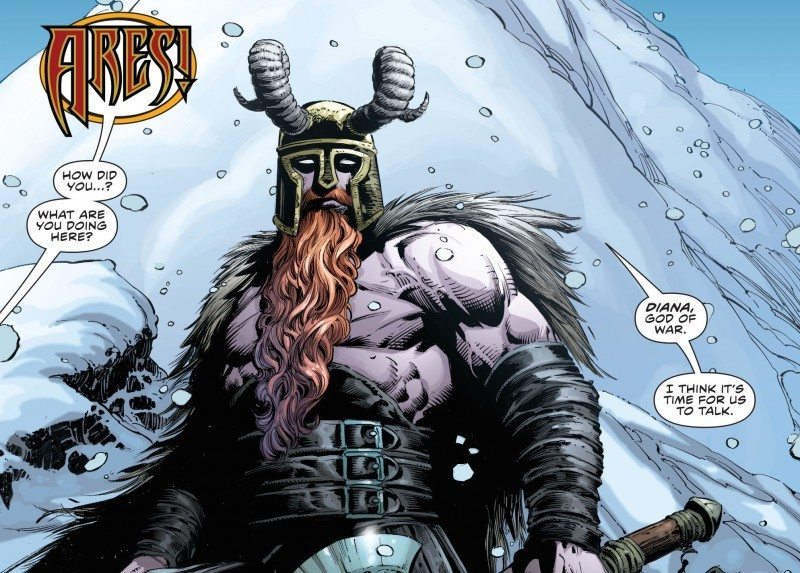 The book isn’t perfect, though. By and large, David Finch’s art is quite nice to look at, particularly in regard to Hecate, who he draws beautifully. Unfortunately, some of the art in the action panels feels a little static when the energy in the dialogue feels kinetic and alive, especially during Ares and Diana’s battle on Mt. Etna. Occasionally, there are some strange anatomy choices as well, mainly in the faces. However, that is a minor flaw, as for the most part, David Finch does a pretty solid job drawing Wonder Woman. This may sound contradictory, but even though his facial drawings look a little strange sometimes, they are also one of his strong suits. When he gets the chance for closeups, mostly in dialogue scenes, he seizes the opportunity and draws wonderfully (pun intended) expressive faces. The struggle really only comes in wider drawings with less detail.

By far the least necessary part of this book is the Donna Troy segment. While it presents an interesting side-story about Donna Troy assuming her role as Fate, it feels tacked on and out of place. Reading it feels as though the Finchs knew that the next chapter of Diana’s story would require more than the remaining pages they had to work with so instead of butchering the story, they created Donna’s story instead. It is not a bad decision, but the remaining pages could have been used to expand upon some of the original story’s elements (like the battle with Ares or the encounter with Typhoeus). 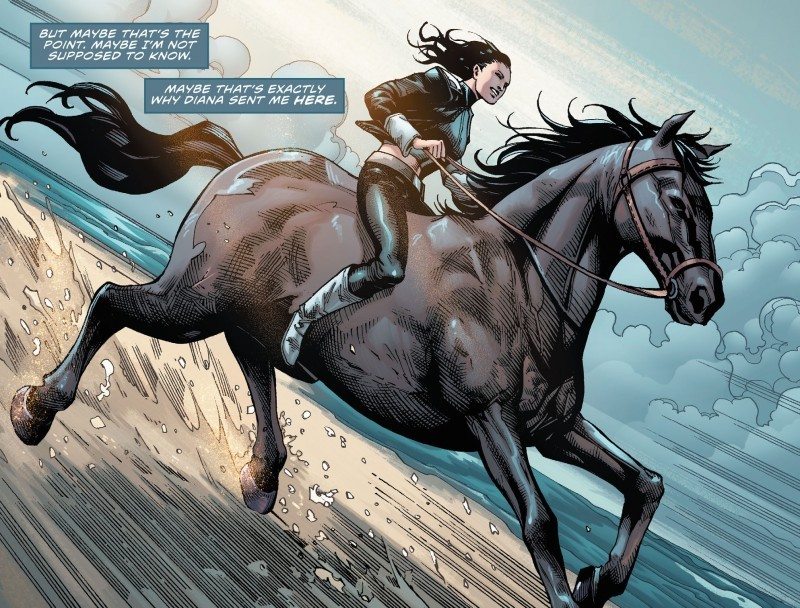 These critiques aside, what WONDER WOMAN #50 does a great job at is keeping true to Diana’s character for both first-time and long-time readers without sacrificing the story. Where it falls short is in the plot development, editing and art departments. Looking past these concerns, though, WONDER WOMAN #50 gives you a good snapshot of where Wonder Woman is at right now in the comics. She’s strong and tenacious, but also caring and yearning for peaceful resolution even if she knows it can never come. Is it a great issue? No, but it does well enough to make you see the potential in both Wonder Woman and the team writing her.