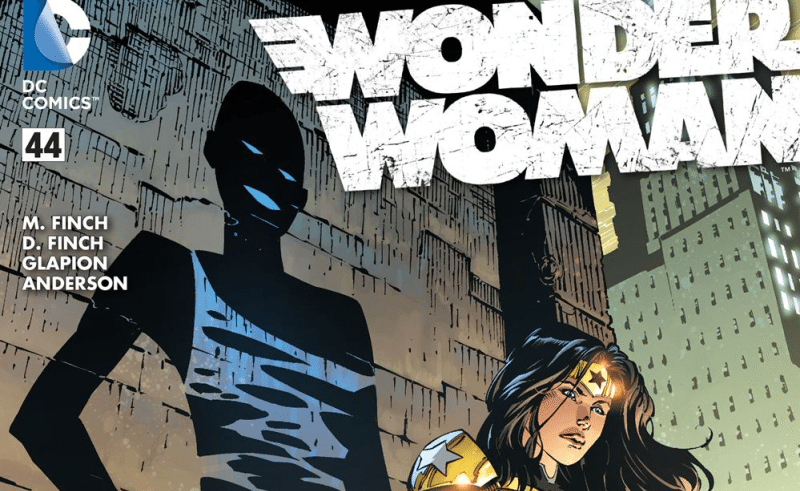 Aegeus poses more of a threat in the latest issue!

#44 opens with an old lady finding Wonder Woman passed out in an alleyway. Aegeus’ attack on Wonder Woman has left her wounded, but she manages  to rouse herself and head towards home, pulling out the arrow affecting her in the process. Although she is upset about being defeated by Aegeus, it is Donna’s “betrayal” that seems to hurt her more. While recovering in London, Hera reaches out to the Amazon warrior to discuss a pressing matter: the Fates are dead, which means that the gods are practically human if they leave Olympus. 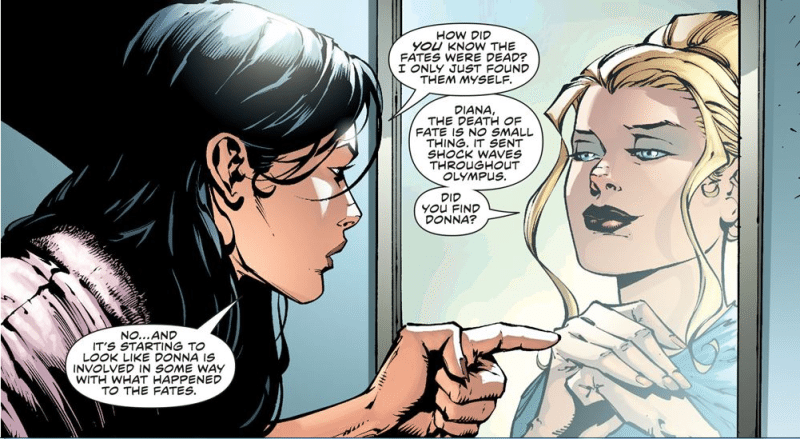 Although still questioning Donna’s motives, Hera shifts the conversation to Aegeus’ arrow. Having recovered the weapon after Diana removed it from her wound, Hera had Hephaestus inspect the arrow; as it turns out, the craftmanship is particular to weapons made in Hephaestus’ forge, meaning that someone snuck in and used his tools.

READ: Miss out on last issue?  Check out WONDER WOMAN #43!

Meanwhile, Donna runs into the same street kid that attempted to steal Wonder Woman’s lasso; more accurately, she rescues the girl from being pummeled by her street pimp. The favor is immediately returned when the girl pushes Donna out of the way of a moving bus, and then decides to take the Amazon to her place for some clothes and a temporary home.

While Donna gets cozy in London, Wonder Woman confronts Strife about setting Donna free. Their minor spat seems to reveal some hostility on Strife’s part due to a relationship with Ares, but it is cut short when Aegeus attacks. The comic ends with him crashing into Olympus and an ominous “Someone Will Die” statement in bold lettering on the bottom of the page.

There’s a lot going on in this issue: to start, there’s another flashback to Aegeus’ life before acquiring his powers. Previous flashbacks have shown Aegeus to be down on his luck. While that theme continues here, it also casts him in a negative light, running credit card and identity theft scams. Although Aegeus is the villain–or at least the real villain’s pawn– in this arc, there was earlier cause to view him in a sympathetic light. Not so much anymore.

Secondly, there is Donna’s development. While Strife may have set Donna free for evil purposes, the Amazon warrior has done no harm. Rather, she has realized the error of her ways and is trying to correct her path. Although she is a shamed Amazon, she still follows the code, leading her to rescue the street girl.

Lastly, there’s the cover. Wonder Woman is lit up, with a looming shadow behind her, strategically designed to look like Strife. It’s either clever misdirection or actual foreshadowing, echoed only by the final few pages of the issue. 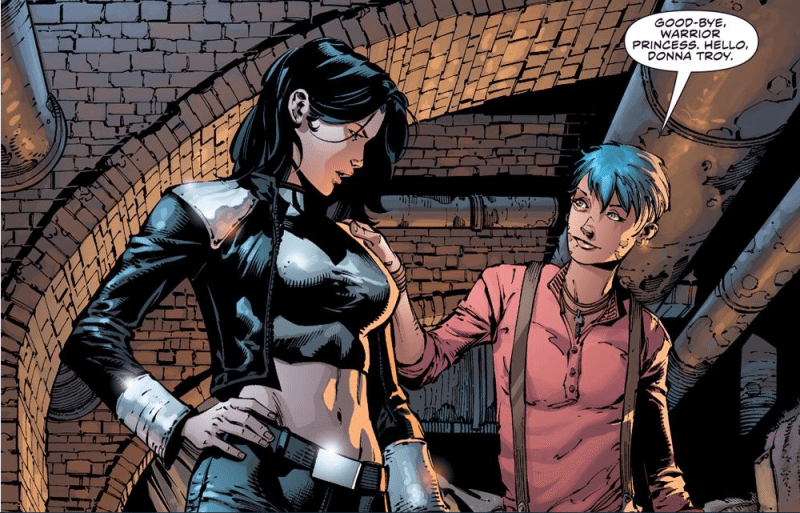