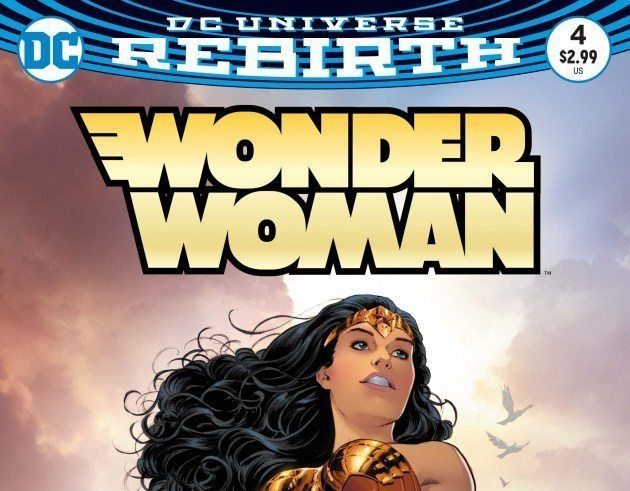 As Steve Trevor recovers from his wounds, the Council of Themyscira discusses Man’s breach into its idyllic world. Its initial reaction is a protective one, a fear of invasion, but as the council delves deeper into what the arrival of Man means, one thing is abundantly clear: it cannot ignore the outside world any longer. WONDER WOMAN #4 examines all sides of the argument and thrusts the plot into gear.

READ: Catch up with our review of WONDER WOMAN #2!

As ‘Year One: Part Two’ gets underway, there is a sense of levelheadedness that permeates throughout the book. While Trevor’s arrival signals a change to Themyscira’s relationship to the outside world, the Amazons have an honest and earnest debate about what this means for their future. Though a tribe of warriors, they conduct themselves with restraint and look at the facts as they are. They come to a resolution: Trevor must be sent back, and he will have an Amazonian Ambassador accompany him. 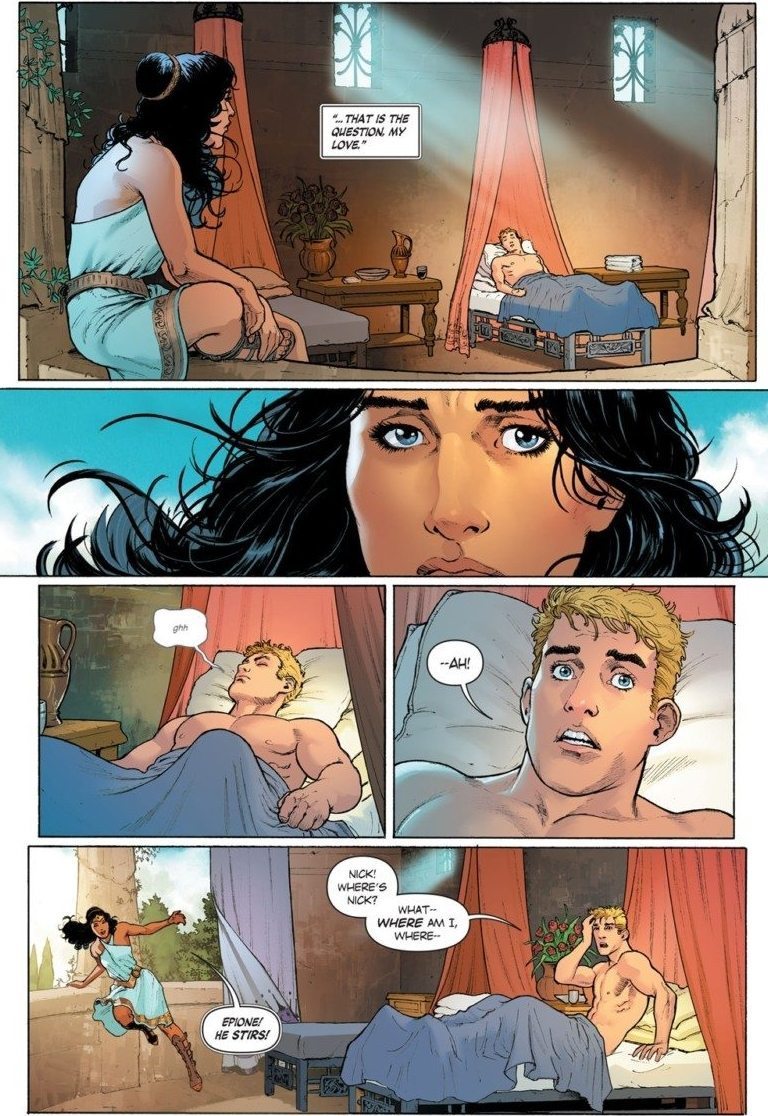 Wonder Woman #4 is a very dense, dialogue-driven issue that reflects the ideologies and temperaments of this mystical tribe. Greg Rucka packs a lot into 22 pages. We get an in-depth Council meeting, a moment of bonding between Trevor and Diana, and a contest to see who will be accompanying him back to Man’s world. What’s surprising is that so much happens in one issue. Most Year One or origin tales usually feel drawn out over a number of issues but by the end of WONDER WOMAN #4 we see Diana in costume, the Invisible Jet, and both of them leaving the island. And yet, this doesn’t feel rushed.

READ: We examine Wonder Woman’s most iconic weapon, the Lasso of Truth!

Everything is well paced, and each scene plays out to its natural conclusion. Rucka writes exceptionally good dialogue, the Amazons’ words strong, confident, and intelligent. His script is handled exceptionally well by letterer Jodi Wynne. Wynne’s speech balloons are laid out across Nicola Scott’s amazing art without impeding it, letting the eye flow between words and art with ease. Wynne controls each word of dialogue, making sure it never looks overstuffed in any of the panels. 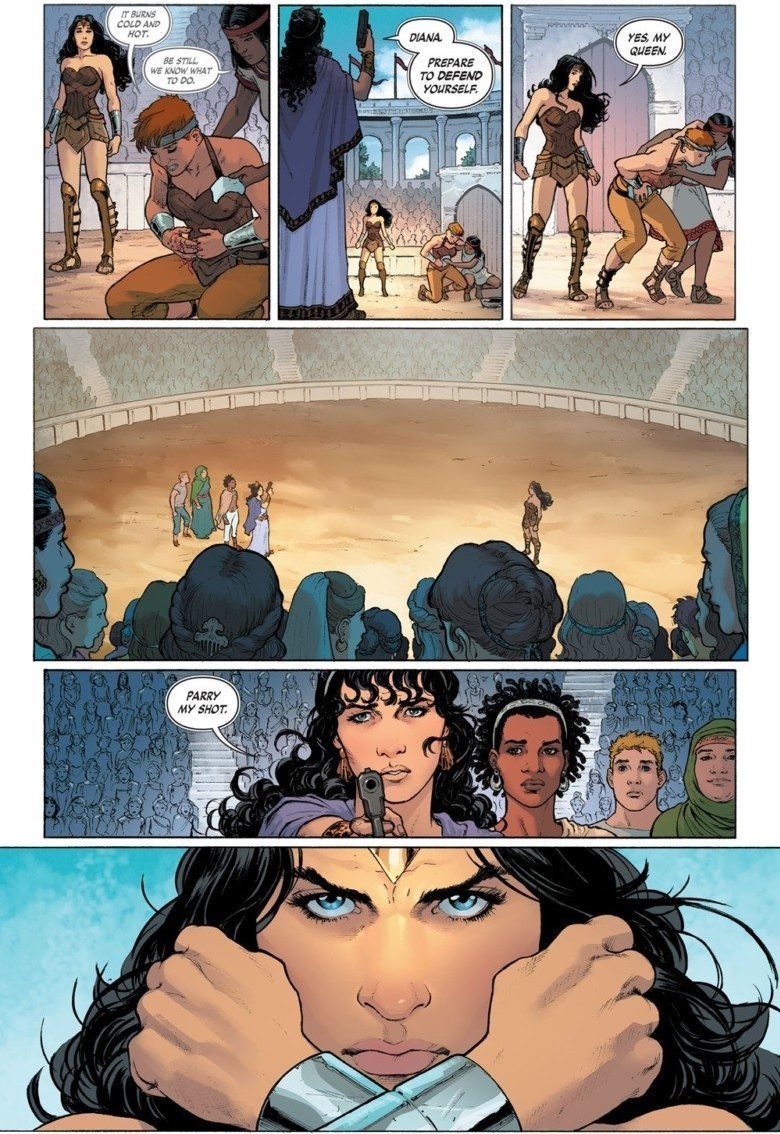 What can be said about Nicola Scott in this book that hasn’t been said already? On an island full of women, Scott manages to imbue every person (whether center stage or background) with their own character, dressed uniquely and ready to step off the page. With so much happening, she controls each panel, her lines thick and solid. What really sells Scott’s art is the emotion she manages to convey through the eyes. The expressions of child-like innocence or fiery determination that are within Diana originate with her eyes. There are not many characters that can stare down the barrel of a loaded gun quite like Wonder Woman. Colorist Romulo Fajardo Jr. only makes Scott’s work more captivating, adding light and shadow to the world of Themyscira. The subtle earthy colors on show add a lot of much-needed air to panels full of text and inks.

LISTEN: We talk about DC’s Holy Trinity, Batman, Superman, and Wonder Woman, in this ComicsVerse podcast!

The cover of WONDER WOMAN #4 sums up the issue very well. At the edge of Themyscira, Diana stands ready, looking to the future. Donning her iconic costume and wielding her Lasso of Truth, she stands poised at the beginning of a great adventure. WONDER WOMAN continues to be one of DC Rebirth’s strongest titles and I cannot wait to see where the adventure leads.