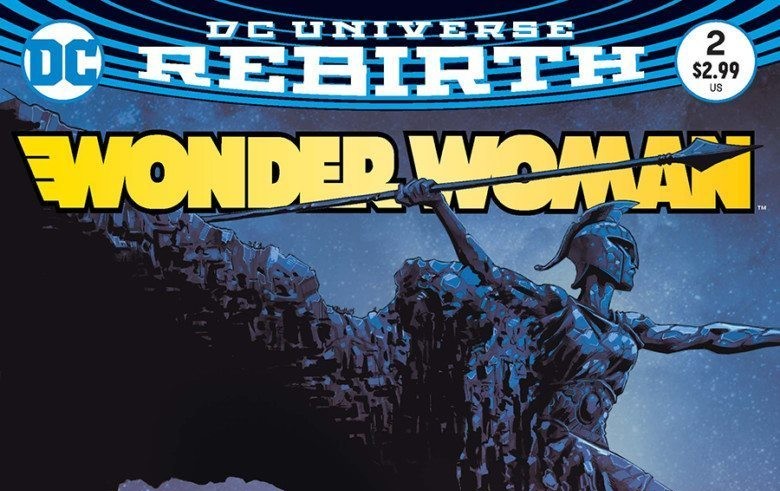 Unlike other DC Rebirth titles, WONDER WOMAN has a different story arc running in every second issue. In WONDER WOMAN #1 (with art by Liam Sharp), Diana was forced to seek out the Cheetah in the opening chapter of “The Lies.” WONDER WOMAN #2 begins another tale, a modern retelling of Diana’s origin in “Year One.” Greg Rucka writes both arcs and with each it seems very clear that he’ll be delving deep in the mythos of Wonder Woman, diving straight to the heart of what drives her. But Diana is not the only one we get a close inspection of. In the opening chapter, we look at the life of Colonel Steve Trevor before their fateful meeting too. 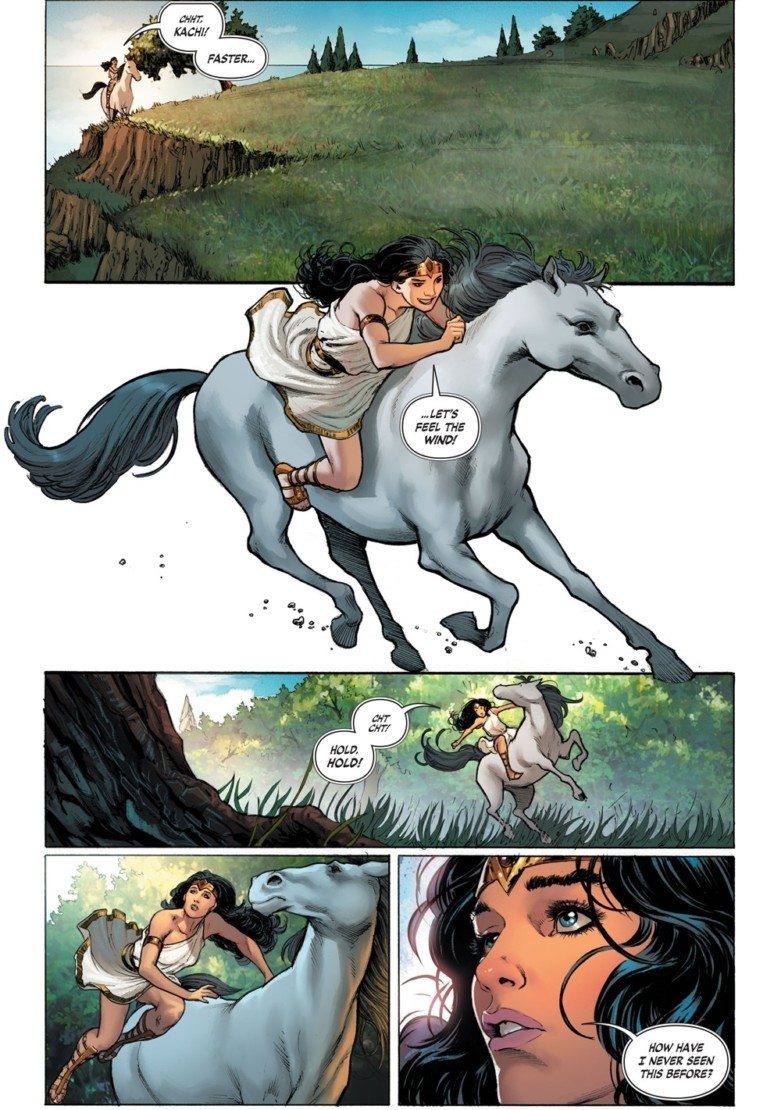 READ: A little behind? Check out our review of WONDER WOMAN #1 here!

The issue opens on a night with a waning moon, with Steve and a fellow soldier, his friend Nick, trying to find their way through a forest. Beneath this same moon sits a restless Diana, partaking in a star-gazing class in Themyscira, eager to see what lies beyond the horizon. Throughout the issue, it cuts between these two characters; what they’re good at, and what relationships they have, but you can see that there’s something missing. There’s something they both yearn for yet cannot put a finger on. It’s a clever way of introducing these two characters, and the issue manages to sum up who these characters are in a very short amount of time.

Greg Rucka writes a fun Diana, sure of herself without being too cocky, inquisitive without being nosy, a warrior dreaming of another life. Diana is not cold and aloof but energetic and likable. The relationship she has with Hippolyta is touching and playful as they cross boundaries between subject and queen, mother and daughter. We also watch as Steve works through life, enjoying himself but never giving himself over completely. He always seems to be witnessing things but never really partaking. His posture shows someone who is holding back, a sad listlessness. His friendship with Nick throughout the issue feels quite genuine, which leads to an ending which is all the more heartbreaking. 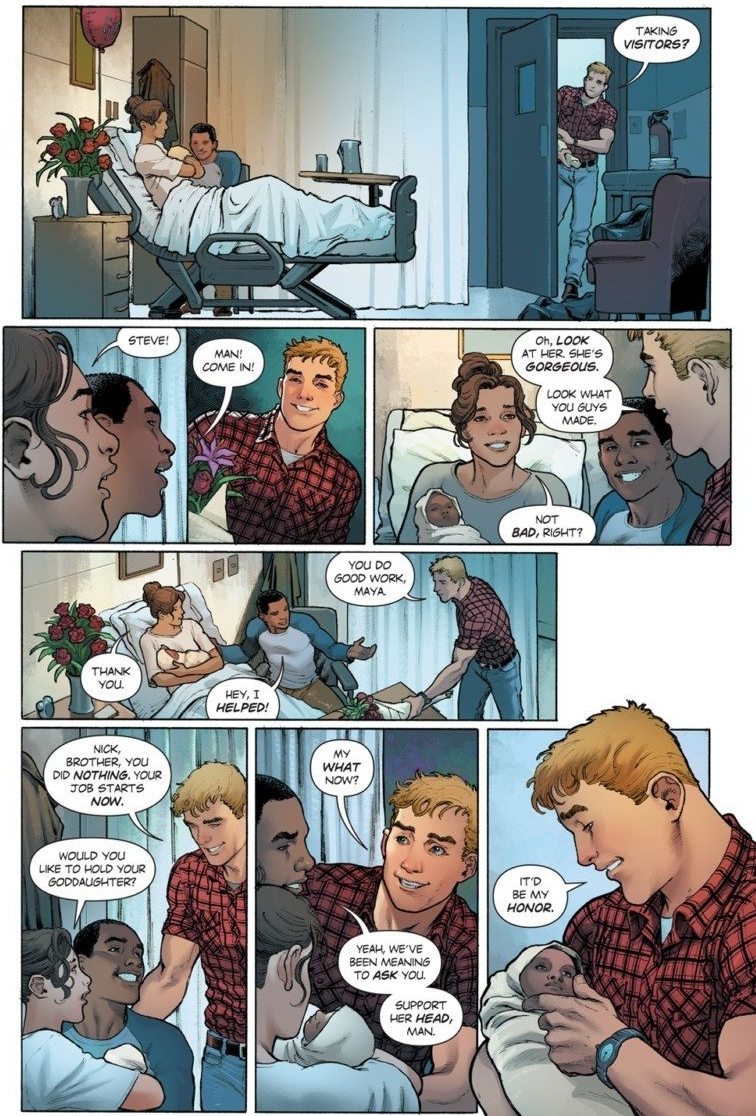 Rucka writes a great Wonder Woman, and Nicola Scott draws an amazing one. This issue is one of the most dynamic gorgeous comics you’ll read this week due to Scott’s amazing inks and Romulo Fajardo Jr’s colors. The beautiful cover of Diana running down the beach is only the tip of the iceberg of amazing art on display here. I loved Rucka’s and Scott’s work on Image’s BLACK MAGICK series, (pick it up if you want some great comics storytelling) and their work here continues to be stellar. Scott’s inks are filled with beauty. Diana is a striking goddess whose eyes are full of warmth, yet tinged with sadness. Each character moves with grace and purpose, each panel a necessary moment in each scene. Fajardo paints Themsyscira in sunlight, orange hues casting elegant shadows as the sun sets while he adds a hazy blue, which bathes the island as the moon rises.

LISTEN: We talk about the holy trinity of DC Comics; Batman, Superman and Wonder Woman in this ComicsVerse podcast!

WONDER WOMAN #2 is full of character, with plenty of emotion, energy, and heart. It’s like rediscovering old friends all over again. A lovely start to an exciting arc; this is the book of the week!