WONDER WOMAN #12, part five of the “Year One” arc, retains the wonderful experience felt in issue #10 while revealing the face behind the arc’s major threat. Writer Greg Rucka shines with the script, developing Diana and giving you insight on the terrorist group known as Sear, and the art team of Nicola Scott and Romulo Fajardo, Jr. continues to make us fall in love with Diana’s eloquence as we see her grow in the world of men.

The issue opens with news coverage of Diana’s act of heroism seen in WONDER WOMAN #10. The opening panels are creatively constructed as TV screens of varied news channels report the mystery of this “Super Woman.” We saw Diana discover her powers through her actions in the mall incident. Rucka further develops more of Diana’s abilities in this issue as she trains with Steve Trevor. Diana quickly adapts to the English language and shows her strength as she carries a military tank with ease. She continues to soar the sky graciously and her skilled agility to counter incoming bullets is always fun to watch. In addition, Diana shows her ability to talk and understand animals. This lesser known ability of Wonder Woman is a fun treat of nostalgia for fans, as it can be traced back to her TV show from the late ’70s. 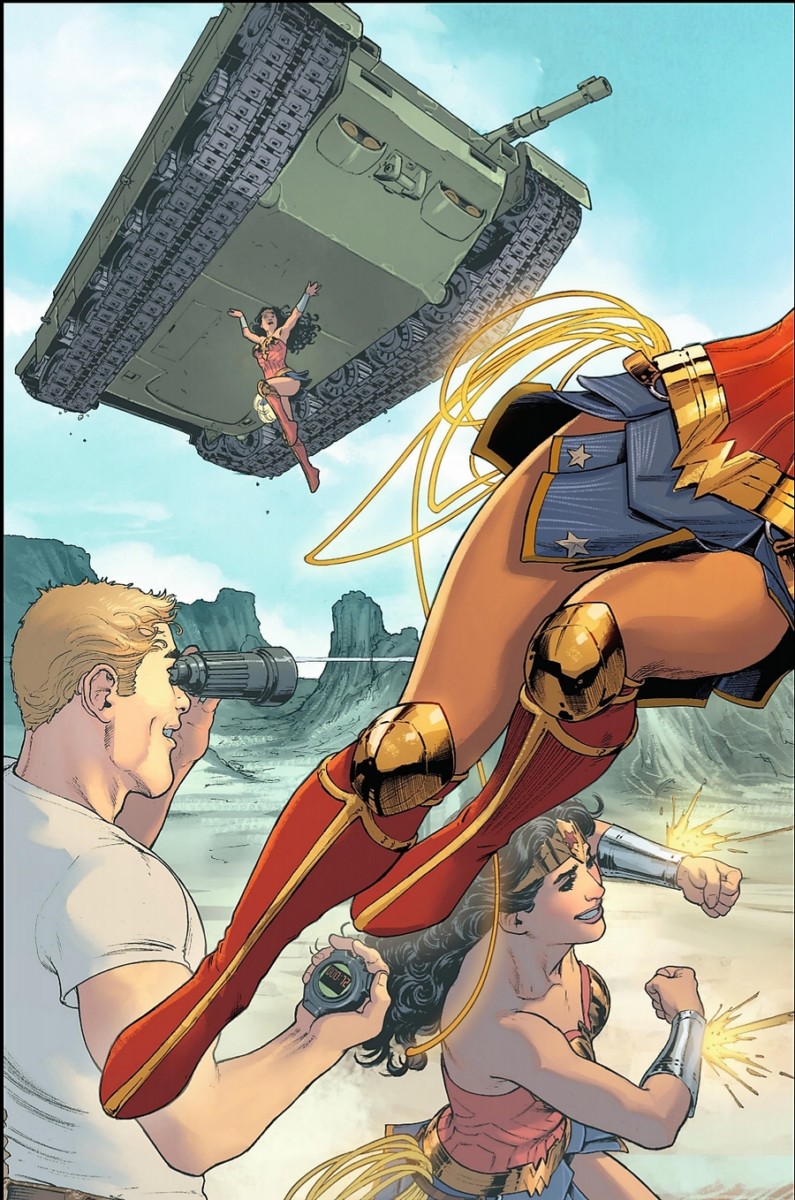 WONDER WOMAN #12 also unravels the mystery behind the terrorist group Sear. Sear, built by hate and a mirror of our own world’s terror, is responsible for bio-chemical warfare, as they have developed a chemical that can turn men into violent killers. This issue explains how Steve and his unit were on a mission to destroy the manufacturing lab of this chemical. Instead, however, the plane carrying Steve and his team crash landed in Themyscira — leading him to discover Diana. Rucka further reveals the root behind the evil of Sear, which is an anagram for Ares, the God of War. How did we not see that? Bravo, Mr. Rucka. Ares makes his explosive debut, literally, as he finally greets Diana with his presence, closing the issue on one hell of a cliff hanger.

Rucka’s direction for this issues and the “Year One” arc thus far is quite intriguing. His ability to re-introduce the ethos of Wonder Woman feels far more creative than tiring. Diana has depth and complexities, and as readers, we get to see and journey along her early adventures as she further discovers herself. While developing Diana to be a much stronger and deeper character, Rucka also excels in giving background information to further progress the story. The revelation of Steve’s crash landing onto Diana’s island is creatively handled as it ties into the villainy of Sear. This kind of storytelling feels less forced as it builds up character motivation while leaving room for some questions. The addition of Ares as the face behind hatred, war, and destruction in men’s world is to be expected (he’s on the front cover for a reason), yet there are still mysteries to what Ares desires from Diana. 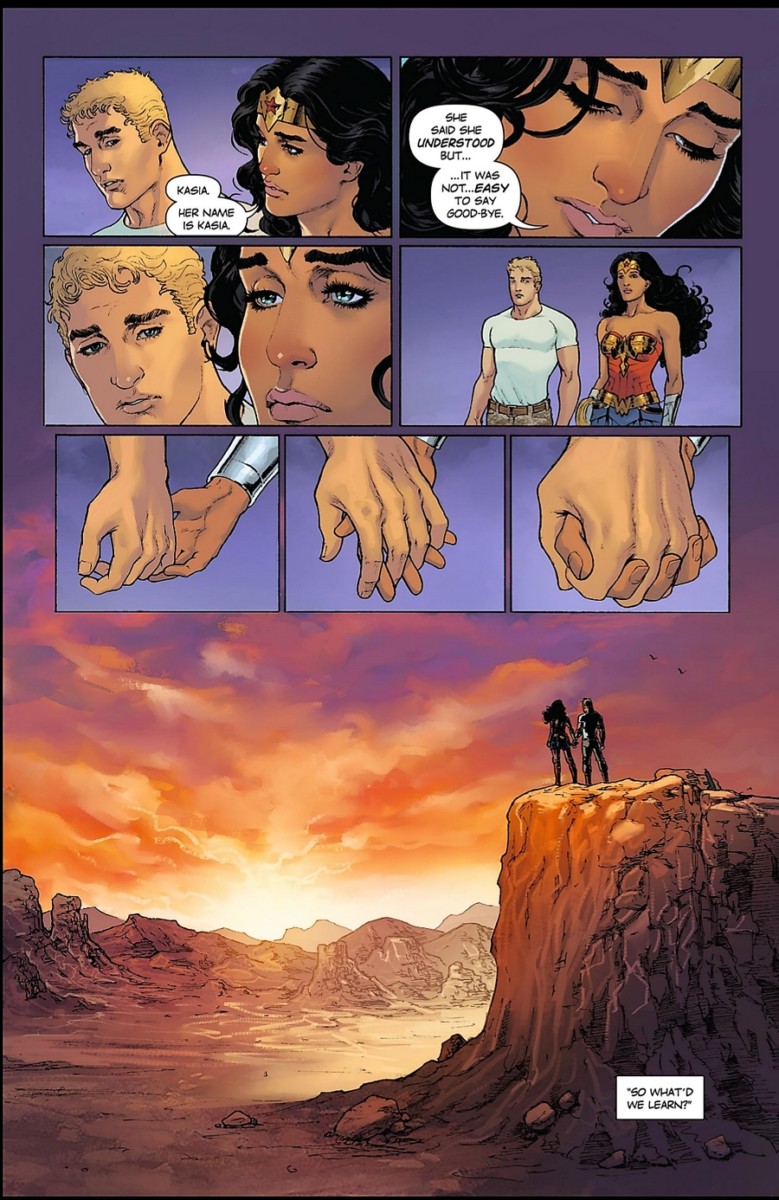 READ: Feeling nostalgic? We have an exclusive interview with Susan Eisenberg, the voice behind WONDER WOMAN from the JUSTICE LEAGUE animated TV show!

The art of WONDER WOMAN #12 is once again flawless thanks to the pencils of Nicola Scott. Scott further impresses with her execution of character’s expression through face and movement. The illustrations perfectly portray Diana’s strength and capabilities, further attaching an innocent, gentle smile on her face. The colors of Romulo Fajardo, Jr. creates a sense of warmth when highlighting intimate scenes. The colors help solidify the bond between Diana and Steve which further develops in this issue. From the page above, you see the two stare amidst the horizon, with hand in hand. The color of the night sky beautifully blends with the orange sunset as the soon-to-be lovers admire the view. The art of the “Year One” arc so far is in a league of its own, further evolving the story into perfection.

The conclusion of the “Year One” arc will be released next year, sadly. But it will be interesting to see how the battle will go between Diana and Ares. This issue further develops the character of Wonder Woman while cleverly lifting the veil of true evil. The art of this storyline continues to amaze as we wait, impatiently, to see what happens next.