Greg Rucka’s approach to Wonder Woman in the Rebirth age has been two-pronged, with alternating storylines every other week. This unique departure from the rest of Rebirth has been fascinating, with “The Lies” and “Year One” storylines both remarkable in their own right but seemingly disconnected from each other. The two storylines finally converge in WONDER WOMAN #11, and the results are shattering for Wonder Woman and extremely satisfying for the reader. 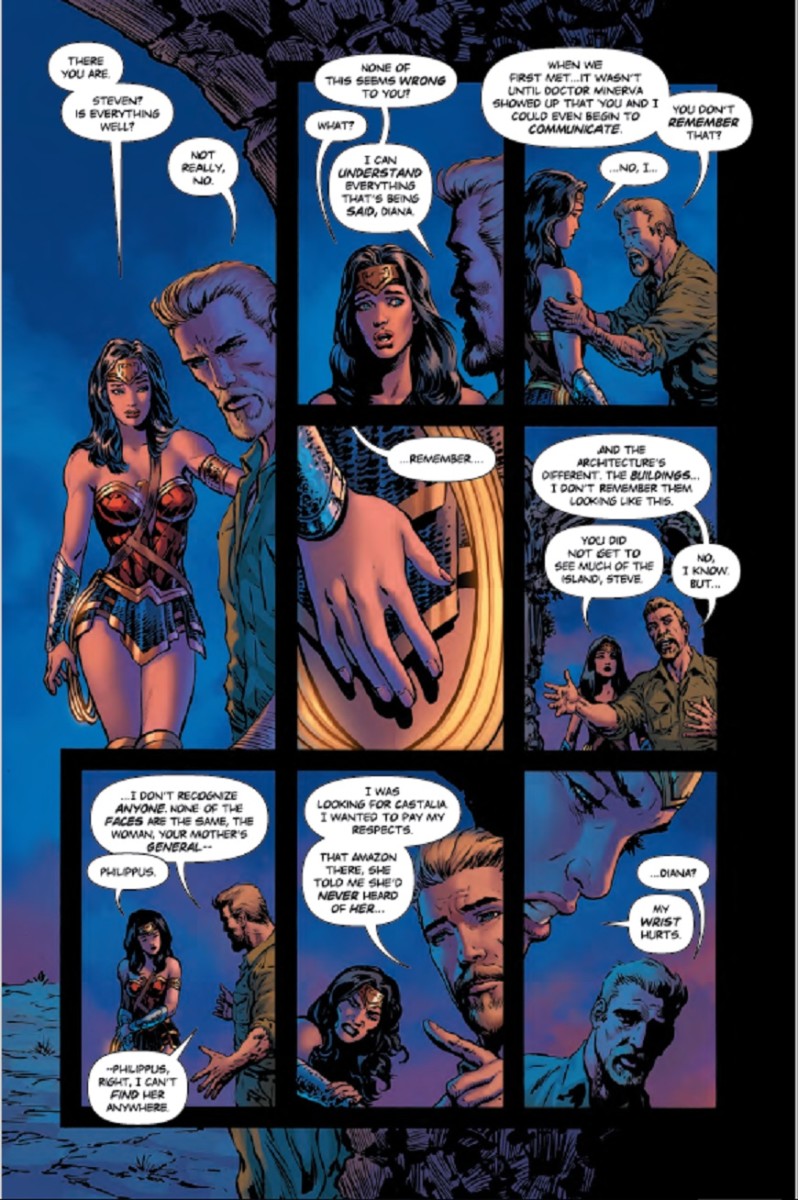 For those unfamiliar, Wonder Woman has been on a quest to find her home world of Themyscira in “The Lies” story arc. At the conclusion of Wonder Woman #9, Wonder Woman and her old love Steve Trevor finally reached their destination. In #11, something immediately feels off to Steve, who doesn’t remember the place, or the people, looking the way they do. The memory-impaired Wonder Woman takes longer to suspect a deception, but as her and Steve recount the events of their first meeting on Themyscira (as told in the “Year One” storyline) the illusions around them begin to break. This discovery of a grand deception masterfully connects the two storylines. The momentum that Rucka had built through previous issues now reaches a fever pitch, with many of the answers the readers have sought finally revealed.

The Wonder Woman comic has stood out among the Rebirth line with its incredible character development and mature, rich storytelling. Wonder Woman’s strength, sadness and confusion over her uncertain memories has been fascinating to behold. The quest is a perfect analogy for buried trauma, and the attempt to piece together one’s life. This has helped to make Wonder Woman, an Amazon, an immediately larger than life character, extremely relatable and human. Wonder Woman returns to Themyscira, only to find that it’s not what she remembered; this is a perfect metaphor for the adult who comes home looking for childhood, and ultimately realizes they can never reclaim it.

The story is also rich with biblical references. The presence of a serpent, who bit and poisoned Diana in the “Year One,” storyline, is referenced again here as a metaphorical perpetrator of the titular “Lies” of this storyline. The snake, who tempted Wonder Woman (Eve) and Steve Trevor (Adam) to leave Themysicra (the Garden of Eden) provided an assurance that they would be safe, that Diana could come back home. But that assurance was nothing more than a deception, and the world Diana once knew may be gone forever. Rucka handles this material with the kind of depth and subtlety rarely seen in comic books. Other Rebirth titles, such as Action Comics and Green Lanterns, have presented excellent stories, but have done so through bombastic action and obvious emotional conflict. Rucka presents something of significantly higher quality.

READ: How did Wonder Woman and Steve Trevor reach Themysicra? Find out in our review of WONDER WOMAN #9!

The art by Liam Sharp is majestic as always, with vast, colorful backgrounds that take on a painterly quality. The figure design is rich and imposing, particularly Wonder Woman and Steve, who appear as though sculpted from stone. Wonder Woman has never looked sexier than with Sharp’s design, but not in an exploitative way. She and Steve are drawn with the figures of a God and Goddess, but with the emotional expression of authentic humans. Perhaps most impressive of all, the art tells the story before the script does. The first hint we receive that Themysicra has changed comes not from the script, but through the characters’ appearances. Diana’s mother, Hippolyta, looks noticeably different from her “Year One” appearance, with totally redesigned features. Many of the other characters look similarly unrecognizable. It’s easy to first dismiss these differences as artistic liberties. But when Steve and Diana catch on to the differences, it becomes clear that the art changes were brilliant strokes of deception, to tip the reader off. Truly an impressive display. 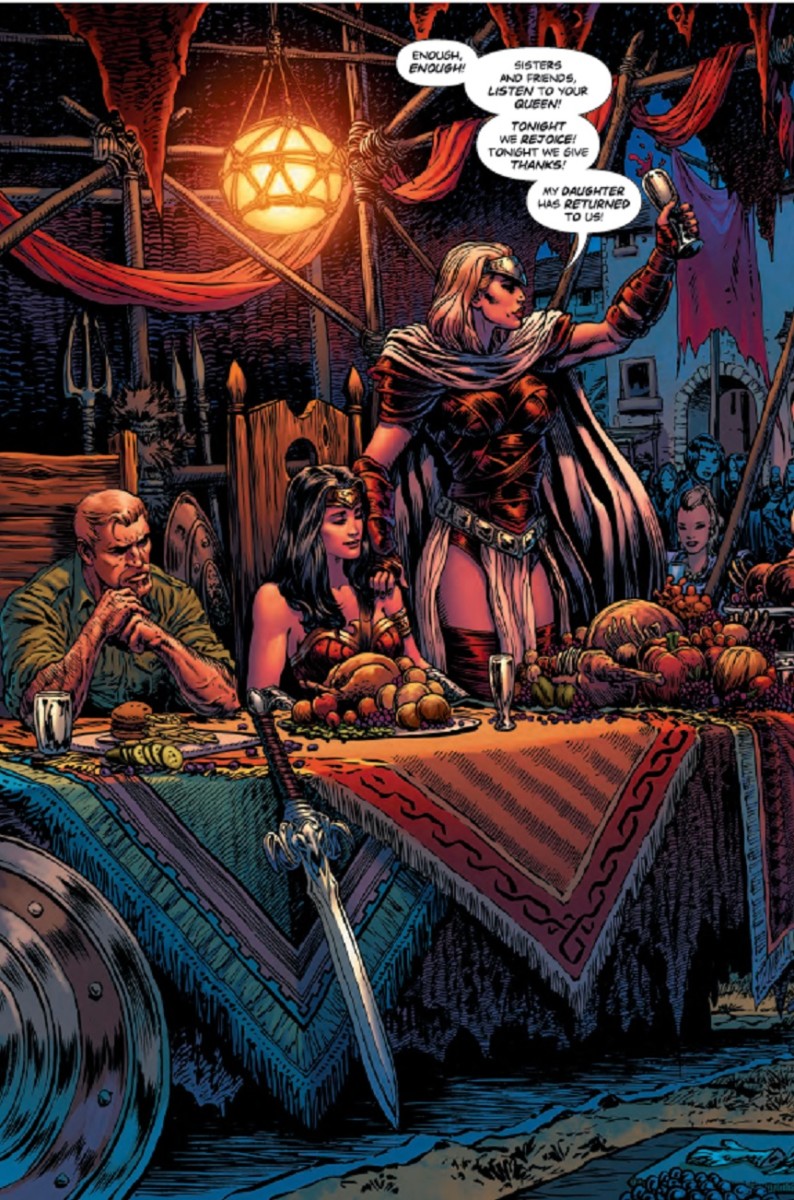 Overall, WONDER WOMAN #11 provides a fantastic conclusion to “The Lies” storyline. With most questions answered, the opportunity is ripe to take the series in a new direction, in which Diana and Steve are likely to seek out the perpetrators who have deceived her. Rucka and Sharp have created one of the most distinctive and quality books in the Rebirth era. They have managed to redefine Wonder Woman, while reminding readers of the qualities that we loved about her in the first place. Wonder Woman may never be able to return to Themyscira. But for us, this truly is like coming home again.