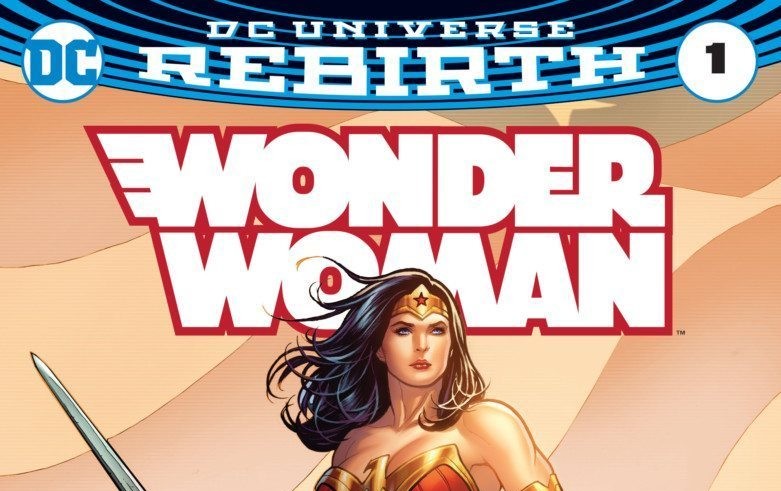 If we’re going to talk about the reach of DC’s Rebirth story, it would be criminal to neglect how Wonder Woman has been affected by all of this. Her origin was re-written following FLASHPOINT with the birth of the New 52. Someone (presumably Dr. Manhattan) has stolen 10 years of DC universe continuity. To cap it all off, we’re learning that this origin, too, is a lie. Wonder Woman’s new origin, as detailed in the REBIRTH one-off, features her having a secret brother, Jason. All of these revelations have shaken Wonder Woman to her core, and we find a very lost and confused Diana in WONDER WOMAN #1 desperately seeking answers in the most unlikely of places.

READ: Our review of the phenomenal WONDER WOMAN REBIRTH One-Off!

Now, before you say it sounds just like the New 52 Wonder Woman, who was also confused, it’s not. In the new 52, Diana began to settle into her new origin, but now she is not happy to be thrown through the loop again. She’s tired of it. She’s angry, hurt, and is desperate enough to slog anyone standing in her away. It’s a side of Wonder Woman not often seen. The fragility that Greg Rucka imbibes in her character is something that was sorely missing since the New 52 continuity took over. What Rucka understands is that beneath the skin of a warrior, Diana Prince is a very emotional, very compassionate woman. This fact means that her heroism often stems from bringing her femininity to a situation. She cares for others much more than herself, often times even in spite of herself. 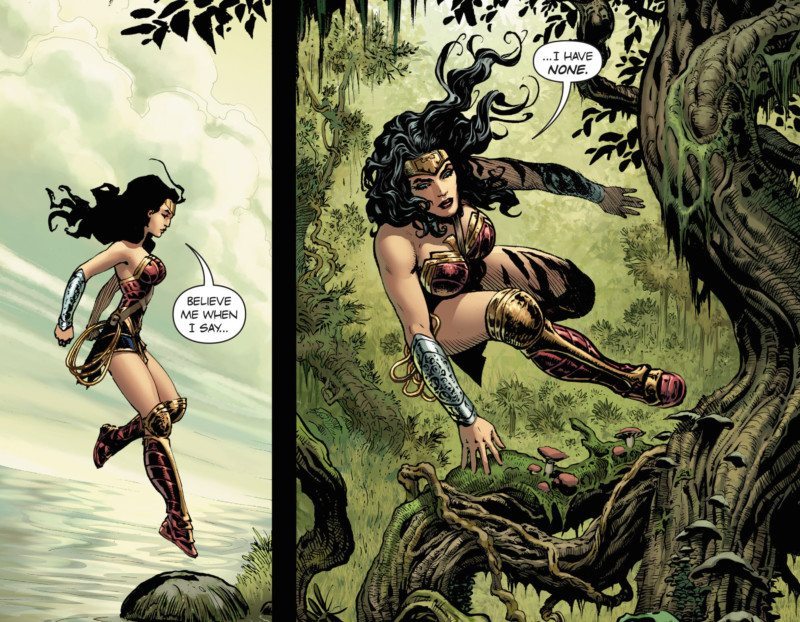 Over time, you could naturally assume this would start bothering Diana, and her veneer is starting to crack. She’s still the composed, dignified princess she has always been, which has been brilliantly illustrated by Liam Sharp, but there’s an undercurrent of fear now that seems to be driving Diana. She knows that she’s vulnerable and that she has been abused by someone, and it drives her straight to one of her greatest enemies in search of answers.

READ: Want to get familiar with DC’s premiere lady? Here’s our Wonder Woman Essential Reading to get you started

Amidst all the inner turmoil, there is also a very strong effort to restore some classic staples of Wonder Woman lore to the comics. For one, Etta Candy is back, though looking different than in past iterations. Then there’s Steve Trevor who still seems to be pining for Diana, meaning a romance of some sort may flourish. But what’s most significant is the reappearance of an old foe who has been long absent from WONDER WOMAN comics. Thankfully, none of it feels shoe-horned, and the story actually flows quite well due to Rucka’s adeptness and familiarity with the character and her corner of the DC Universe. 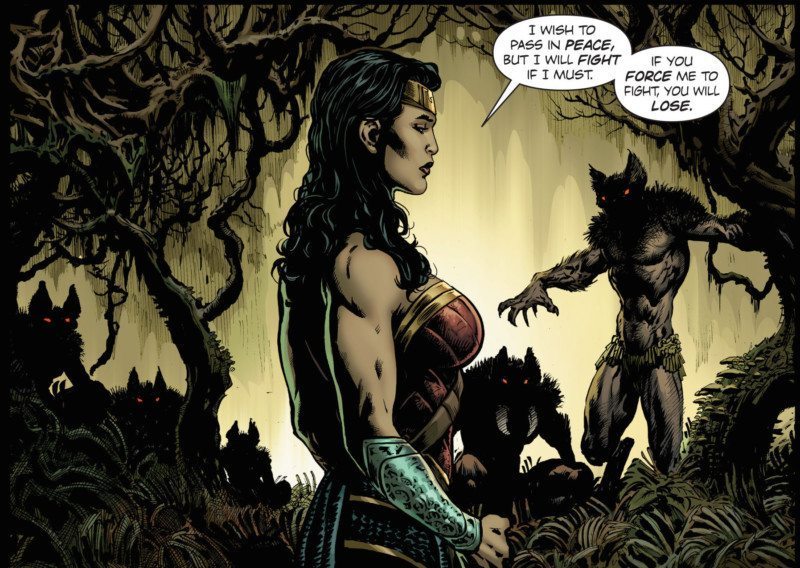 Aiding this twisting, brooding exposition is Sharp’s art which is, for lack of a better word, fantastic. It’s dark, but not hopeless. It’s moody and grandiose without feeling melodramatic. In short, he is on the same wavelength as Rucka in regards to what Diana’s story demands right now. The setting feels new and slightly exotic with the jungle scenery, but there’s a certain familiarity in the way he draws Diana that lets you know this is still the same Wonder Woman. Sometimes there are a few issues with the way the characters’ faces are drawn, but overwhelmingly it is great work on Sharp’s part that helps establish the tonal direction that this story will be going in.

All this to say, WONDER WOMAN #1 is a promising reboot to the Wonder Woman character. Even if it does feel a little tired having yet another reboot for the character, at the very least DC got the best talent for the job. If you’re going to go back and revamp your character again because you’re unhappy or uncertain of what to do with them, pick a writer that knows the character intimately, and then an artist to match. The result is a good, solid foundation that re-establishes some of Wonder Woman’s lore while moving the story forward into foreign territory and testing our hero in ways we haven’t seen before. If other DC titles follow suit, this will be a very positive rebirth indeed.