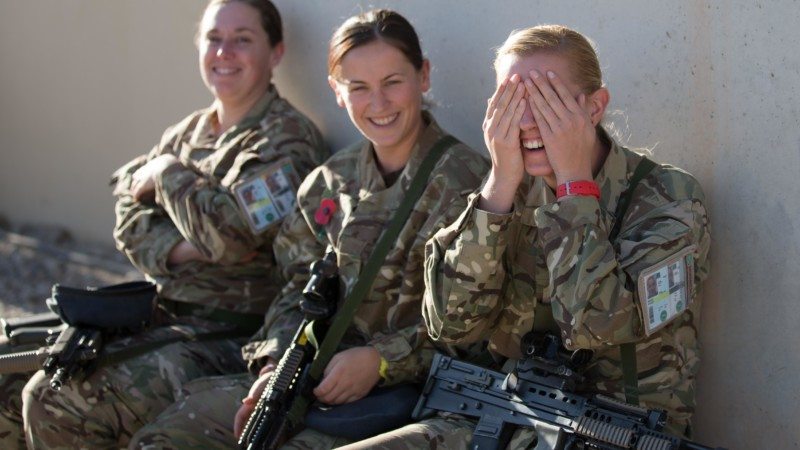 In January of 2013, Defense Secretary Leon Panetta issued a statement announcing that the “combat ban” for women in the United States military was to be lifted, making all open combat positions available to women. The 1994 ban excluded women from combat positions such as infantry, artillery, and armor. While there was no federal law in place banning women from these positions, official military policy made it so. Prior to 9/11 and the subsequent wars in Iraq and Afghanistan, many women who enlisted in the Armed Forces kept their boots off the ground and rarely saw open combat. The Iraq and Afghanistan wars provided women with the opportunity to engage in similar combat as their male counterparts, with the exception of these positions that were still closed to them.

As of 2012, more than 200,000 women served in Iraq and Afghanistan, and more than 800 of those were wounded and more than 130 were killed. The defense secretary’s decision came after pressure from enlisted women and equal rights activists in the Pentagon. While it seems that the United States military ended the “war on women” in the Armed Forces with this decision, it might not be that simple. There are still many changes to be made to create an inclusive and equal battlefield, so to speak.

As of March of 2015, as many as 25,700 positions were still closed to women across all branches of the military, according to the official military website.  The Department of Defense ordered all branches to integrate women into the closed positions by January of this year, but made no plans to monitor the implementation. As of today, in the Army alone, a few positions in the Special Forces still remain closed. Women are unable to apply for the following positions: Special Forces Candidate, Special Forces Medical Sergeant, and Special Forces Engineer Sergeant. This failure to fully integrate women into all branches could be a side effect of the unwillingness to include women or the Department of Defense’s failure to monitor the necessary changes. However, the road to an inclusive military does not stop with opening all combat positions to women.

Cracked Magazine did an interview with a Navy veteran, whose name was changed to protect her anonymity, where they discussed “outdated problems women in the military face” to this day. Sexual assault, ill-fitting equipment, and improper medical resources are just a few of the problems women face when they enlist in the military. According to this article, 15% of women have been pressured for sexual favors by their male counterparts, and that only includes the assaults that are reported. Similar to sexual assault on college campuses, as well as the rest of the world, the number of assaults that are actually reported is only a small fraction of the actual occurrences of assault.

READ: Interested in the problem of defining television characters with rape? Read this article!

According to research conducted by the Pentagon itself, one in four women in the military will be sexually assaulted during her service, which reflects the statistics for rape on college campuses. Dora Hernandez, a veteran of the U.S. Navy and National Guard, said in an interview, “The worst thing for me is that you don’t have to worry about the enemy, you have to worry about your own soldiers.” Sabina Rangel, a veteran of the U.S. Navy, was assaulted once during Army boot camp and was raped when she enlisted in the Navy. 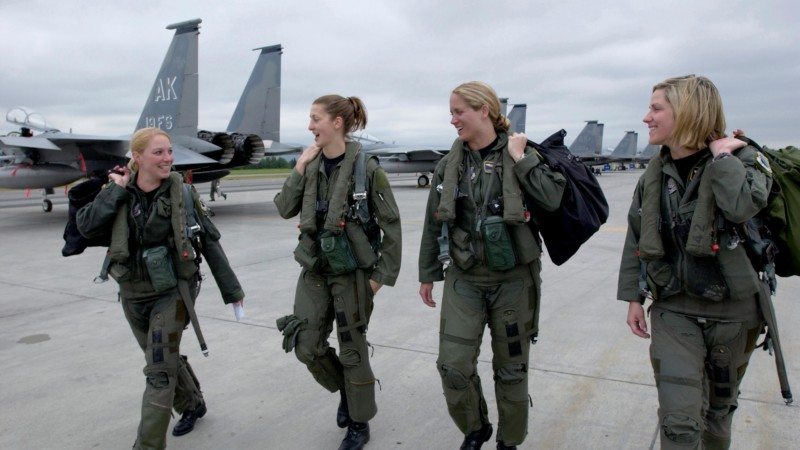 Jamie Livingston joined the Navy to escape an abusive household, where her stepfather abused her physically and sexually throughout her adolescent years. While working on the flight line of an aircraft carrier, her chief requested sexual favors from her each time she needed a qualification form signed. She is one of the few women who have the opportunity to prosecute her abuser, which she did successfully, but she was not lucky enough to escape from the sexual violence. After the prosecution, she was gang-raped by a group of sailors which led her to join the military police in the hopes of preventing future assault. However, she was raped there as well and it went unreported because she “knew the command’s attitude toward rape.” Because her rapist was her superior, she had to continue working with him.

These stories only account for three out of the 19,000 sex crimes per year in the military, as reported by the Pentagon.

READ: Interested in what colleges and states are doing to prevent sexual assault? Read this article!

Instead of combating sexual assault with slogans like “Ask Her When She’s Sober”—an actual slogan used by the Sexual Assault Prevention and Response Office—and discharging women who report sexual assault with “personality disorder,” perhaps the military should pay more attention to the men who are raping their fellow soldiers. When a woman is more likely to be raped by another soldier than she is to be killed by the enemy in combat, there needs to be a culture change. THE INVISIBLE WAR, a documentary about sexual assault in the military, does a fantastic job of shattering beliefs we hold about the Armed Forces.

In addition to the epidemic of sexual assault, women are also faced with ill-fitting uniforms and equipment. Without even considering the availability of smaller sizes to accommodate petite frames, the equipment traditionally designed for men does not consider that women don’t pee standing up. Using the bathroom becomes so cumbersome for some women that they avoid hydrating themselves so they won’t need to urinate, according to Lance Corporal Sara Ohlms of the Marine Corps. It is something she herself experienced during her service.

Another pertinent problem these women face is appropriate medical resources. Often times, the doctors they have access to have little experience treating females who require different services than men, especially when it comes to reproductive health. When one servicewoman was getting a pelvic exam, a doctor said to her, “Oh, I see you didn’t shave your legs for me,” which is not only inappropriate but can also make the patient extremely uncomfortable with someone she is supposed to trust with her body.

My initial question was, “Is the war on women in the military over?” and my answer has to be no, it isn’t. Women may now be able to fight on the front lines, but they’ve been fighting in their daily lives for years and continue to do so. The United States military has taken some of its first steps towards an inclusive military but it seems that there is still so much work to do to protect the women who are already enlisted. It is important that women are integrated into our military like so many other countries already have, but it is equally as important to provide these women with protection against sexual assault, uniforms that allow them to do their jobs effectively without risking their health, and access to proper medical resources without objectifying them. The war on women isn’t over—it’s just retreated into the trenches.