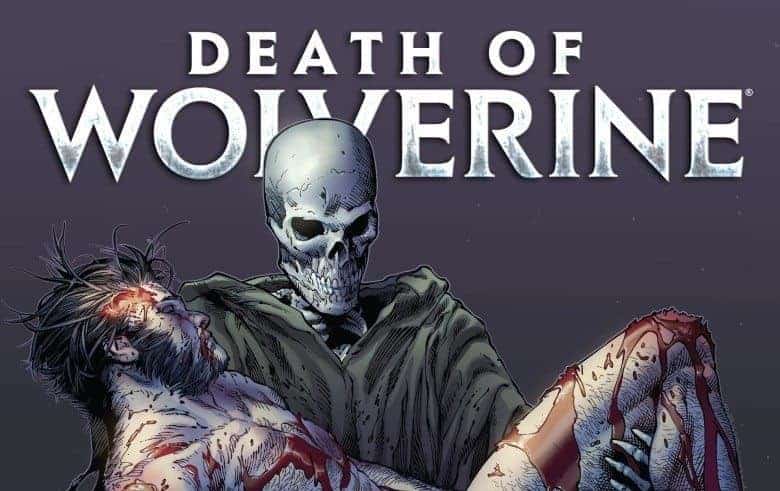 Forty years ago, writer Len Wein and artist John Romita, Sr. penned a single issue of Incredible Hulk that would change X-Men history.  They introduced a new character, an opponent for the Hulk known as the Wolverine; in 1975, Wein and artist Dave Cockrum brought Wolverine into the second generation of the X-Men, and the rest was history.

The deed has been done by Charles Soule.  He’s penned a four-issue miniseries that comes to a climax today, in ‘Death of Wolverine #4’.  It’s been an interesting conceit; Wolverine knows that his friends are trying to find a way to restore his healing factor, and he’s secreted himself away.  Unfortunately, he’s been hunted down…

At this point, I just want to say that the art is excellent.  Steve McNiven, Jay Leisten, and Justin Ponsor do an amazing job.  But the problem, I’m afraid, is with the arc as a whole.

The miniseries has explored key parts of Wolverine’s history.  Key villains such as Lady Deathstrike, Sabretooth, Viper, and Ogun have appeared; in fact, there was even a blink-and-you’ll-miss-her appearance of Mystique.  What’s more, Soule took the smart move of teaming Wolverine up with Kitty Pryde, one of his most famous allies.  In his review on ‘The Wolverine’, Loz suggested that Wolverine is only as interesting as the sidekick or partner he’s paired with at any one time.  In other words, what draws us to Wolverine is the way he interacts with others.  So getting Kitty Pryde involved was a smart move.

Which brings me to #4.  In #3, Wolverine learned that an old connection – Dr. Cornelius – was still alive, and up to no good.  Unfortunately, #4 doesn’t pick up where #3 left off; Wolverine has tracked Cornelius down, and he’s wanting to know why he’s a marked man.  And straightaway Soule makes a bad choice; Kitty Pryde has been left behind.  Seeing this through the eyes of somebody who cares about Wolverine would have transformed this issue; experiencing it through Wolverine’s eyes alone seems somehow less impactful.

Dr. Cornelius is another issue.  The ‘villain of the piece’ seems to have had part of his history wiped; he met Wolverine again in an arc in the 1990s, and in fact was killed in ‘X-Men #7’.  And yet, in this issue he actually bothers to mention that he’s been keeping an eye on Logan and is aware he’s been code-named Wolverine.  Soule takes his character in a direction that really doesn’t seem consistent with the man we met in the 1990s.

And the motive – and plan – is slightly cringeworthy, far too similar to Jason Aaron’s ‘The Adamantium Men’ as a concept (ironically, a plotline that appeared in the last ‘Weapon X’ comic, and this one is resulting in the launch of a new ‘Weapon X’ comic!).

Ultimately, nobody kills Wolverine.  He simply makes a move that results in his eventual demise.  Again, after all the buildup, I was more than a little disappointed.  I don’t know what I expected, but this simply wasn’t it; the hype had overdone the story, even if I canmake a good guess how Marvel could resurrect Wolverine already.

So this is how the Wolverine ends: not with a bang, but a whimper.

Do you agree with my thoughts on Wolverine’s death?  Let us know in the comments below! We love comments and need more!