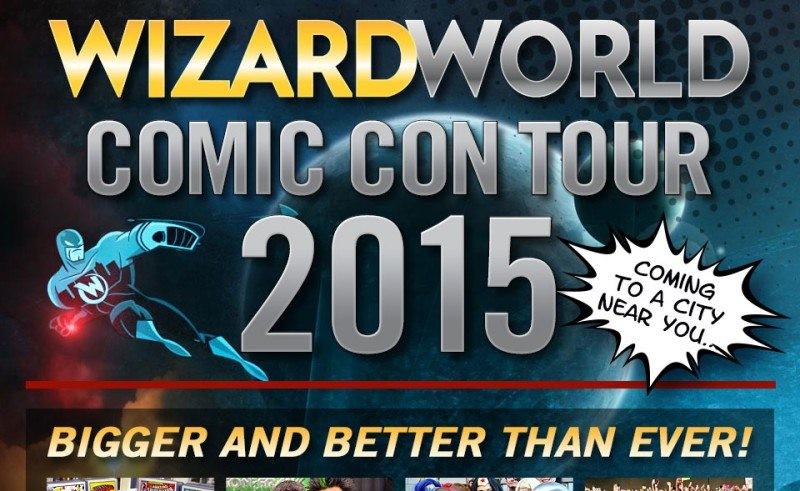 Wizard World Cleveland has been an exciting time so far. From big-name celebrities like William Shatner to smaller, independent publishers, the show has provided something to fit anyone’s tastes.

One of the more unique and interesting panels this weekend had to be the T.R.A.C.E. panel. T.R.A.C.E. is a DOCTOR WHO fan film web series created by a group of young independent directors and producers. The makers of T.R.A.C.E. have also made previous fan films outside of the DOCTOR WHO property, involving characters such as Superman and The Joker. Intimate panels like this one are what make comic conventions so special. Being able to learn about a project you may have never heard of otherwise—and being able to pick the brains of those involved—is an absolute thrill.

READ: Interested in DOCTOR WHO in print? Check out our review of DOCTOR WHO #2!

The panel started out with a presentation of the earlier trailers from prior work by the T.R.A.C.E. team dating back to 2004. As lead director Johnny Wu himself said before they began, the audience was presented some work that ranged from “very crappy work all the way to good jobs.” He wasn’t wrong. A lot of the early work was, well, not good. But it is a testament to those involved that they were still willing to show their raw, unpolished work. It was also a treat to see the progression of the group as their skills developed.

Even now, the work is very raw because of the project’s low budget. Still, hearing about the process of small, independent filmmakers was fascinating. The group described how it took a year of planning to accomplish only eleven days of filming, really driving home how difficult the art of filmmaking is.

Many of their early films also involved licensed DC Comic properties and characters, which presented some legal hurdles. The panel, though, was still able to distribute worldwide thanks to some maneuvering through legal loopholes and the removal of all actual character names. This played a large part in their most recent fan film where the main character was dressed in Superman’s outfit with the Superman logo prominently displayed, but never called by any name owned by DC Comics. They also went into the details of fair use and its benefits for independent filmmakers.

READ: The Man of Steel is busting out! Head over to our review of SUPERMAN UNCHAINED!

The entire panel was incredibly enlightening, and, by the end, there were many more questions than the group had time to answer. The entire T.R.A.C.E. team was very open and proud of their work, particularly discussing the work in Cleveland, where their films were all made. It was clear just how much the team loves their work and invests in their fan films. If you’re a fan of Doctor Who, go check out T.R.A.C.E., a film made by creators who care as much about the characters as anyone.