Hollywood lost a legend on Friday when the writer William Goldman passed away at the age of 87. As a screenwriter, novelist, and playwright, Goldman has made an indelible effect on the industry, as much for his writing credits as for his outspoken criticism of the Hollywood machine. Across genres, his knack for witty dialogue and impeccable pacing has become something of a trademark, but it is that very versatility that sometimes obscures his presence to casual viewers.

For me, William Goldman is a writer for whom I always think, “He wrote that too?!” when I see his name in the credits at the end of a great film. In the Thanksgiving spirit, and to honor his 50 years in the business, let’s look back on some William Goldman works that we should feel grateful to have in our lives. 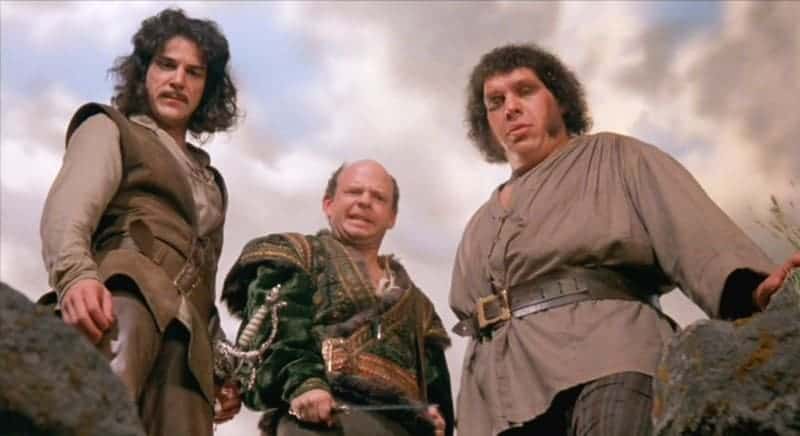 THE PRINCESS BRIDE is my absolute favorite movie of all-time, so forgive me if I wax poetic. William Goldman wrote not only the iconic screenplay but the novel by “S. Morgenstern” that serves as the movie’s framing device. The novel itself is a masterpiece and the movie is known as one of the most quotable ever made, from the comedic — “You’ve fallen for one of the classic blunders…” — to the romantic — “Death cannot stop true love. All it can do is delay it for a while.” — to the undefinably iconic — “Hello. My name is Inigo Montoya. You killed my father. Prepare to die.”

THE PRINCESS BRIDE is a story that works on every level. Taken literally, it’s a compelling melodramatic fairy tale adventure. As a satire, it expertly subverts the tropes of romance and fairy tales to create a unique comedy offspring. It even comments on the film itself through the Grandson and Grandfather, as Goldman himself was so keen to do, though with mixed sentimentality and criticism. These levels allow THE PRINCESS BRIDE to age so well. It can exist in any time to the same level of humor, smarts, and emotion, much like Goldman himself.

2. BUTCH CASSIDY AND THE SUNDANCE KID 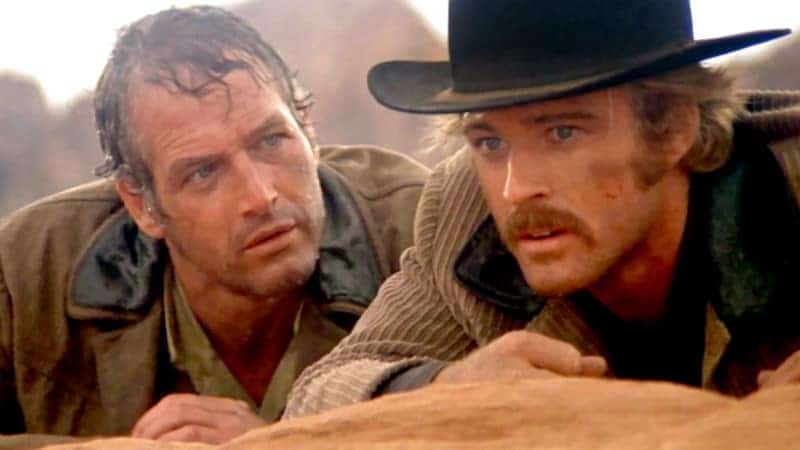 Imagine selling your first original screenplay for the largest sum of money for a script to date. That’s what happened with Goldman’s BUTCH CASSIDY AND THE SUNDANCE KID. Oh yeah, and he also won an Oscar for it. The classic received mixed reviews at the time, but it has come to encapsulate Goldman’s brand of brilliance.

It’s a story that sometimes feels like nothing is happening but never loses your attention to the carefully crafted characters (brought to life by Paul Newman and Robert Redford) and the whip-smart dialogue. The script shines in its comedic moments, but the snippets of seriousness show a mastery of dramatic tension. It’s the kind of movie that seems completely irreplicable, that in the hands of any other writer (or director or cinematographer or cast — it really is a perfect storm) the product would be quite different and inevitably inferior.

3. ALL THE PRESIDENT’S MEN 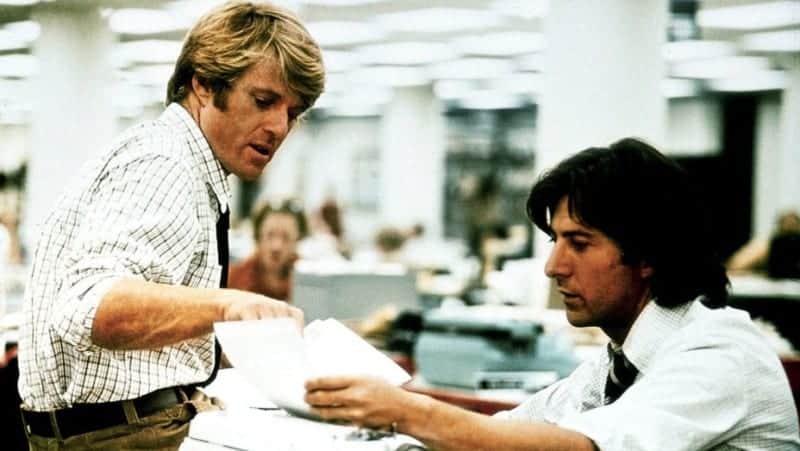 Ninety percent of what I know about Watergate comes from ALL THE PRESIDENT’S MEN (sorry, American school system). Like Misery, the story of Woodward and Bernstein, for all the real-life drama it entails, does not lend itself well to the Hollywood movie. There is nothing inherently exciting about watching someone tap away on a typewriter or pour over financial documents. But Goldman pulled it off. It’s less dialogue-heavy than his other works, but it’s his attention to detail that shows the same cleverness and respect for his audience’s intelligence.

Every line does the work of five. The now-famous phrase “Follow the money” was his invention, not Deep Throat’s, and manages to drive the plot for most of the movie. Financial crimes are not the sexiest topic for a blockbuster, but Goldman translates it into Hollywood’s language: trust, sacrifice, courage, the fate of the free world. 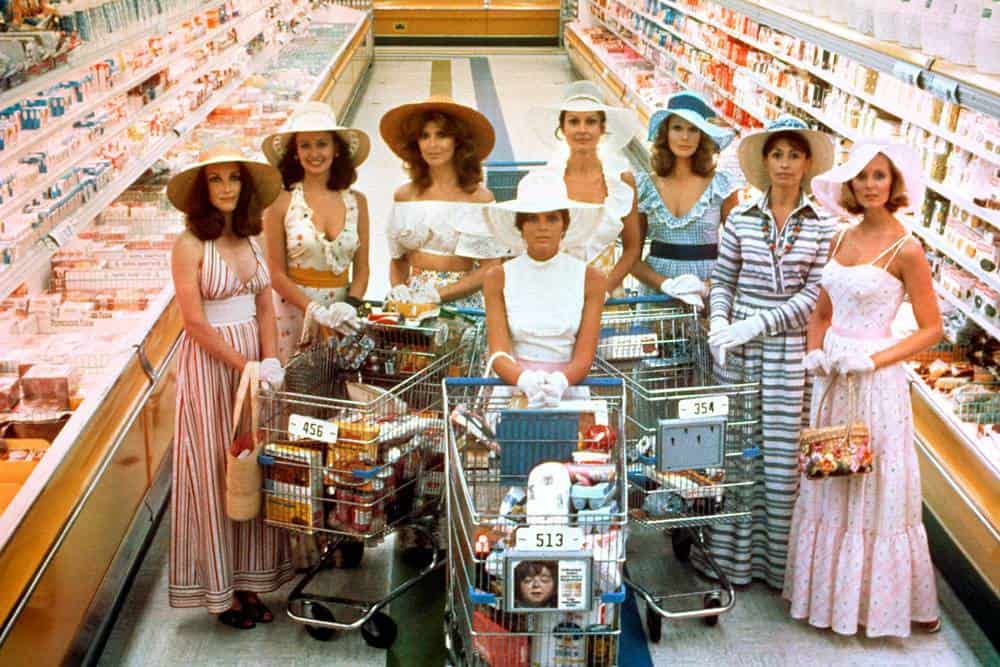 Add “second-wave feminist commentary” to the list of Goldman’s achievements. THE STEPFORD WIVES is a unique blend of sci-fi, mystery, and comedy, all punctuated by Goldman’s trademark sense of storytelling. It tells a different story each time you watch it and depending on the person watching it, sparking endless conversation and debate. It’s both very of its time and timeless. It takes inspiration from the goings on of the ‘70s but delivers them with subtlety and nuance that make it applicable for any age (perhaps sadly). 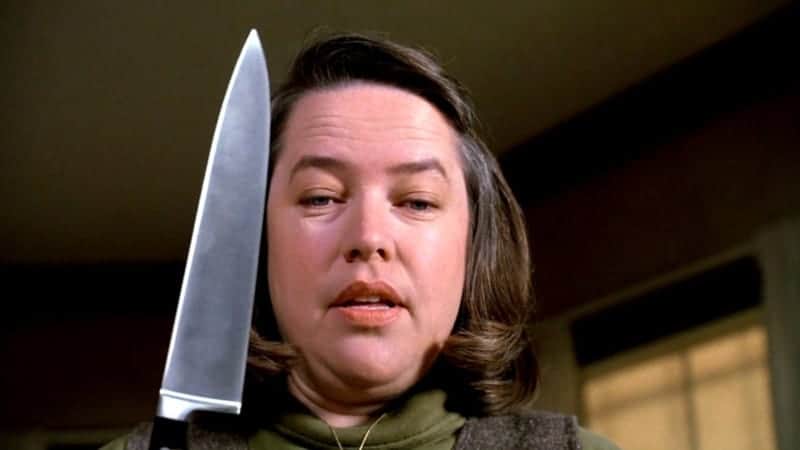 The first of his four Stephen King adaptations, MISERY is an unlikely masterpiece of a thriller. The novel is considered to be one of King’s “least adaptable novels,” but Goldman’s script turns the potentially cheesy premise into a psychologically taut drama. Though made in the ‘90s, it has the DNA of Goldman’s ‘70s classics, with its slow-burn pacing, breadcrumb details, and concern for its characters’ inner conflicts.

But MISERY takes the form of a horror movie, carefully teetering over the edge of drama into terror by the end. Though he didn’t write many films in the genre, Goldman manages to sculpt fear just as strongly as plotted mysteries or punched-up jokes. Though his versatility was always there, MISERY confirmed his talents as one of the all-time greats across the board.

6. Adventures In The Screen Trade and Which Lie Did I Tell?

Goldman’s memoirs should be required reading for any writer or film fan. Adventures in the Screen Trade is one part how-to, one part autobiography, and one part indictment of Hollywood practices. His memories of show business go beyond the typical “secrets from the set” of many filmmakers’ memoirs and use the benefits of hindsight to delve into the problems of the industry and offer criticism that less established figures can’t.

As prolific a writer as he is, a good amount of his memoirs are dedicated to the difficulty of writing. Writer’s block tortured him for years, and he felt unsatisfied by many of his works — relatable to all writers. His humility (or insecurity, depending on how you look at it) makes his books as compelling as his movies, with that balance of entertainment and utility, wit and sentimentality, genius and approachability.

William Goldman seemed particularly fond of the three-word phrase: “As you wish,” “Follow the money,” “Is it safe?” “Nobody knows anything.” There are plenty that can be applied to him, as well.