THE WILD STORM #2 drives us deeper into the mysteries and conspiracies presented in the first issue, but with much more exposition and less action. Serving as more of the calm before the storm for the next issue, THE WILD STORM #2 gives us glimpses at the responses to and consequences of the events of the last issue. While not as exciting, these events are pivotal and presented well enough to create curiosity in the readers. 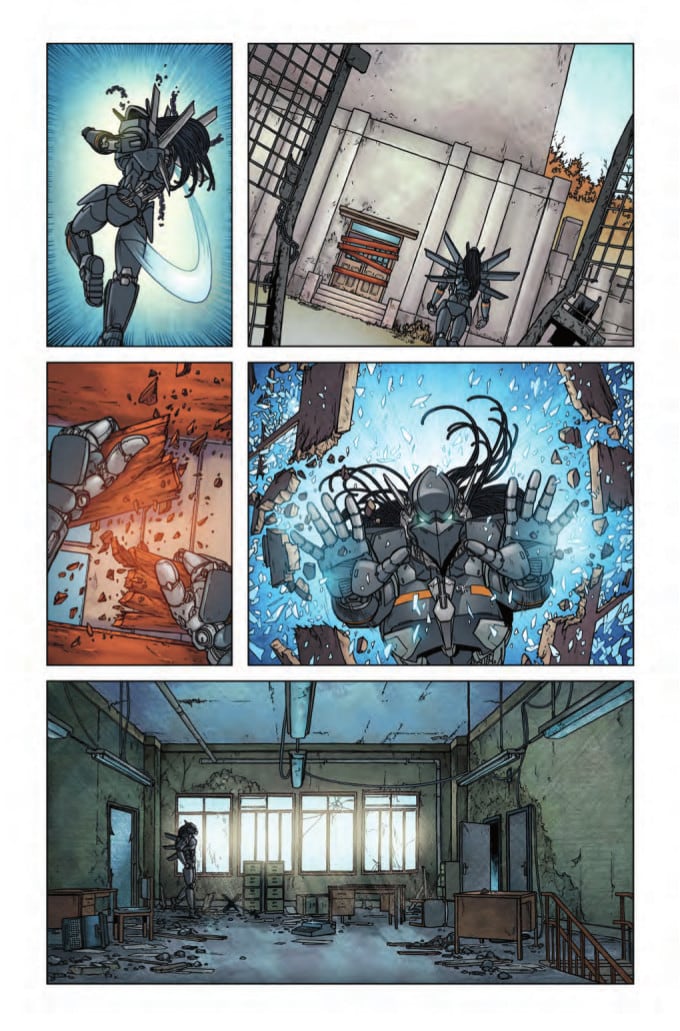 We pick up from the end of the first issue, checking in on the whereabouts of Angela Spica after her dramatic rescue of Jacob Marlowe. While Angela is off resting and recuperating, we see how Miles Craven and IO are planning to retrieve her. Of course, Jacob Marlowe is trying to find Angela as well, while trying to figure out how Craven and IO planned on taking him out with their last assassination attempt. Meanwhile, we have our other party, consisting of Lucy Blaze and Skywatch, also on Angela’s trail, trying to discover how she got their technology. The issue is ultimately the beginning of a race to see who finds her first, mostly a set up for the conflict and the firefight that is sure to follow next issue.

Warren Ellis’s writing is on point, and does what it needs to do: establish as much motivation and cause for each party as is needed. Ellis presents to us three different factions with varying personalities, but one similar immediate goal, and shows them off to great effect. The use of serious deliberation within each faction, and their respective problems, works with Ellis’s well-used humor in certain spots. Despite the good exposition, the issue does feel a bit sluggish, even though at the end the reader is well aware of the point of THE WILD STORM #2: to establish. The story does feel like it’s moving slowly, however, but by the end of it, enough detail and plot has been established to push it forward faster for the next issue. 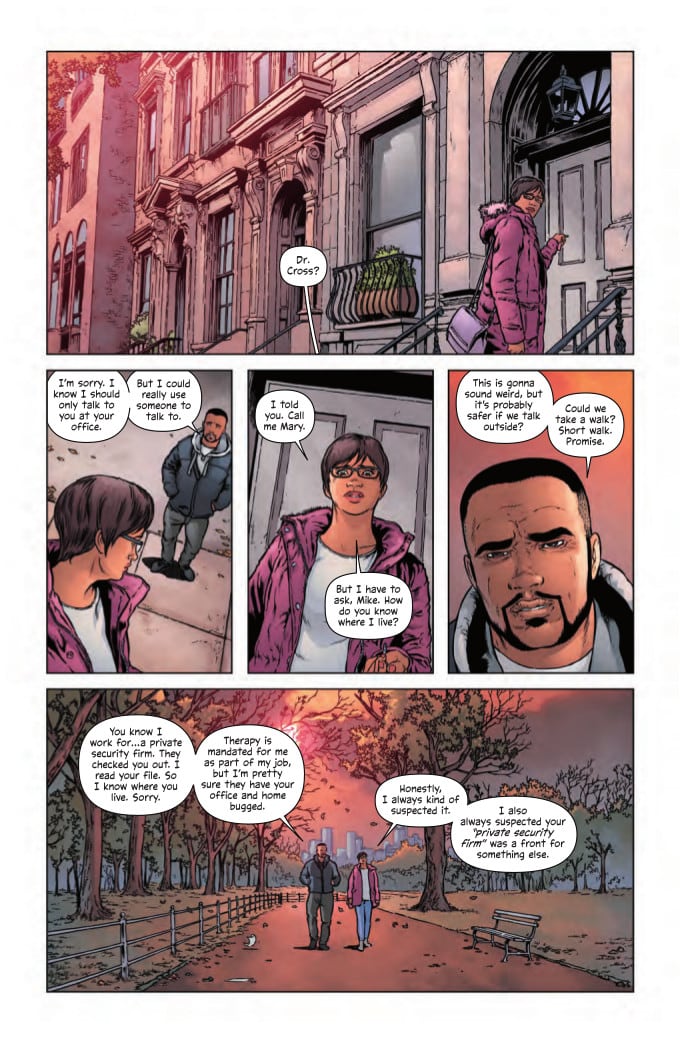 Artist Jon Davis-Hunt does a great job of giving each character a personality through their expressions. One moment, in particular, shows this, and that’s when the character Michael Cray is having a conversation with Dr. Mary Cross in a park. Davis-Hunt’s art during this point in the story is amazing, showing the tones and feelings of both characters well. Another thing to bring up here is how the setting in this scene is an incredibly detailed park background during sunset, with credit also given here to colorist Steve Buccellato. It’s a welcome setting shift, given the mostly office based backgrounds present in the issue, which give off a more quiet and subdued feel.

READ: Check out more Sci-Fi with our review of MAN-THING #1!

THE WILD STORM #2 gives us some good background information and development for our characters and their respective factions. While slow at times, it does its job of preparing us for what’s to come in the future, and by the issue’s end, we’re just about ready for a real confrontation that seems like it’s just around the corner. It’s too early to see just how THE WILD STORM will shape up to be, but with Ellis establishing strong story and characters, it’s off to a good start.