Superhero movies are fun, full of action, and exciting, but they don’t have diversity. There are some movies that show a positive change in the film industry regarding superhero diversity. However, there are more improvements that need attention in regards to superhero diversity. This is not only in regard to including minority groups, but there are LGBTQIA+ superheroes hiding in the vault waiting for their turn at stardom.

We will discuss movies that currently have superhero diversity, where the film industry needs improvement, what can be done, and why this discussion is so important.

DC Entertainment and Marvel both have movies that attempt to show they have some variety regarding minority groups. Marvel Studios released their hit movie, BLACK PANTHER earlier this year, with a majority of the cast being black. The world saw the success of the film. BLACK PANTHER grossed 1.35 billion, broke multiple records, and has a 97 percent rating on Rotten Tomatoes. This attempt (and a successful one at that), is the greatest leap forward regarding superhero diversity in the film industry. 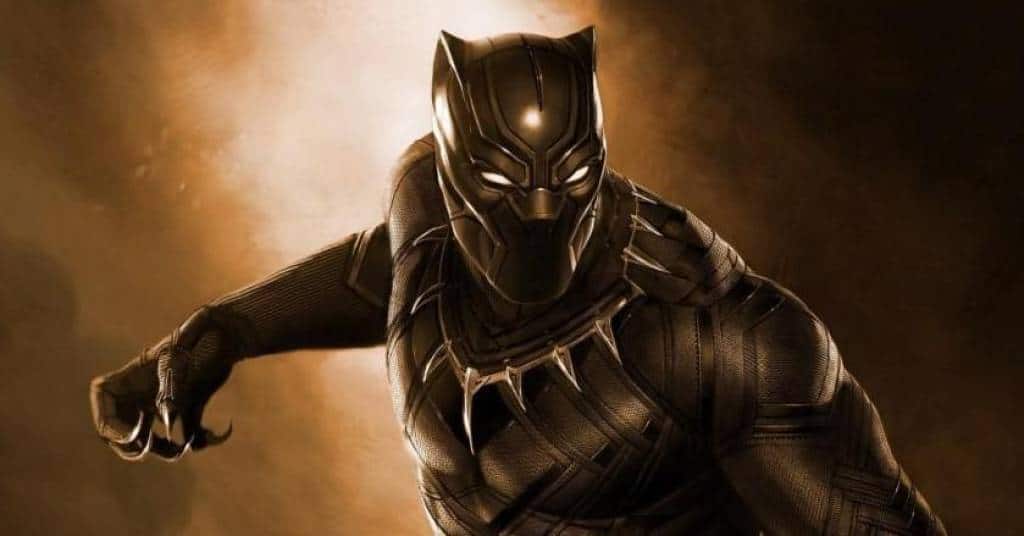 BLACK PANTHER is tough to beat. Marvel Studios has other attempts as well that include BLADE, DEADPOOL 2, the entire X-MEN series, and GUARDIANS OF THE GALAXY 2. BLADE has Wesley Snipes, a black man, as the lead character. DEADPOOL 2 includes Julian Denisson, a young Māori boy that plays Firefist and Zazie Beetz, or better known as Domino, who’s a woman of color. X-MEN has Storm, who’s a black woman, and GUARDIANS OF THE GALAXY 2 includes Zoe Saldana, a black woman as Gamora and Pom Klementieff, a Korean woman, as the adorable Mantis.

DC Extended Universe to this day only makes subtle attempts to have variety in its films. Movies already released such as, ‘CATWOMAN’ (2004), JUSTICE LEAGUE, and WONDER WOMAN are the best examples. CATWOMAN (2004), featured Halle Berry, a black woman, as the lead actress. WONDER WOMAN features the powerful Gal Gadot, a native Israeli. Lastly, JUSTICE LEAGUE features Gadot, Ray Fisher as Cyborg, and Joe Morton as Silas Stone. Both of these men are black.

Comic Diversity: Why ‘the Glory Days’ are Hurting Comics, Rather Than Helping.

Where We Can Improve On Diversity

How many can you count on each hand for either Marvel or DC? Not many. What about female leads in their own movie? Again, not many. How about an LGBTQIA+ lead characters? None. Disabled heroes like Charles Xavier from X-MEN? Can you name any besides him? Why do most heroes and villains look the same?

While we have so little superhero diversity, there are upcoming movies that may continue positive change. DC Entertainment has future plans in the works, but no dates according to Fandango. We’ve got CYBORG, BATGIRL, BIRDS OF PREY, and SUPERGIRL. Marvel’s got quite a few future plans too, according to TIME. We’ve got CAPTAIN MARVEL starring Brie Larson, BLACK WIDOW starring Scarlett Johansson, SILVER AND BLACK scheduled for 2019, a LOGAN spinoff, and MS. MARVEL, the first Muslim hero in the universe. 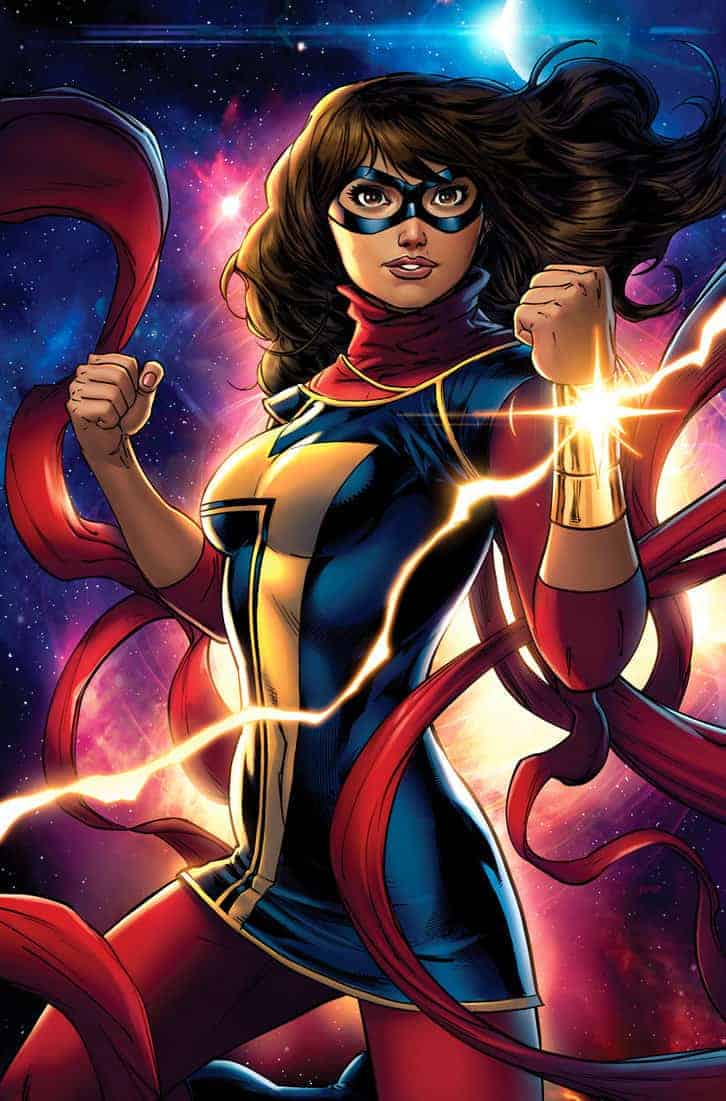 Open The Vault Of Possibilities

Both Marvel and DC Entertainment have heroes and villains alike hidden away in their vault. Why not bring them out as a group, or feature them on their own? For example, Marvel has Beautiful Dreamer, a female character in the X-MEN universe that isn’t brought into films, yet X-MEN is a popular series. On the DC side, there’s a character named Vandal Savage. Have you ever heard of him in any past or upcoming films?

We get it, the same heroes are really cool and popular but it’s not a bad thing to pull out some characters that are just as cool, maybe even cooler. DC had so many characters in TEEN TITANS (no, not TEEN TITANS GO!), why not bring out Jinx, Red Arrow, Aqualad, Bumblebee, etc.? Marvel only uses a handful of characters, like the Avengers and those from the Spider-verse for instance.

What Are the Benefits Of Opening The Vault Of Possibilities?

Think about it: if more characters remained pulled from the vault, there would be greater profit potential, new audience interest, and the potential of these old heroes and villains catching the attention of new generation comic readers. If you have an interesting movie and people like that hero, there is a greater chance of people purchasing the comic of that character. Heck, you could have famous cosplayers dressing as these characters, thus giving publicity and attention.

Not only do these companies have hidden heroes, they can always create new heroes to make others feel included. How about Squirrel Girl? She’s newer and hasn’t been used in film yet. What about DC’s rebirth of Batwoman? A red-headed Jewish lesbian character? How many more people are interested in Marvel right now because of adding a hero like her? How many people are happy to see a woman who’s Jewish and not straight? These are the questions Marvel and DC Entertainment should be asking themselves.

Why Is This Important?

This article isn’t from an angry fan and it’s not one trying to shame Marvel and DC Entertainment. The purpose is to bring attention to the issue at hand. There are people that are angry about the attempts being made at superhero diversity, that maybe it’s forced. I must ask why. Why do some angry fans not want to see any other kind of hero/villain besides ones that are always used and that are mostly white males? There’s nothing wrong with making others in the community feel loved and welcome.

Do we pretend everyone else that isn’t a man and/or white do not matter? This issue is not just about cinema, it’s about “going against the grain.” Comics and their movies are meant to be an escape from reality or even someone’s real-life inspiration. Think about it, in this current political and societal climate, creative outlets like Marvel and DC Entertainment and other media companies have a large voice that can inspire positive change. If more creative outlets were active in going against racism, homophobia and the like, average people can find strength and inspiration to make a difference in our world.

Even though Marvel and DC Entertainment are actively trying to include more superhero diversity they need to try harder by keeping their heroes and villains authentic and true to their roots. Bring out more women as leaders, show the world that women are powerful, use this to inspire young girls to stand up for themselves. Show young women they are powerful. Bring out minority groups, it’s not only the white population that can be powerful heroes and villains. People of color deserve the spotlight. White people are not supreme, white people are no different than those of color. Anyone can be powerful; anyone can lead.

As a young, white female fan of comics and movies, change, to me, is important. It’s important for me to see more than just others like me as the lead. Men aren’t always the heroes, white people aren’t always the heroes and neither are straight people. Personally, female heroes/villains are my favorites like Mera, Zatanna Zatara, Catwoman, Batwoman, Poison Ivy, and Hela. They aren’t intimidated by their male adversaries, in fact, they prove their power and cunning. Some are empowered by their sexuality and use seduction as a weapon, all are smart and powerful, but most importantly, all heroes and villains matter no matter how they identify or what they look like. 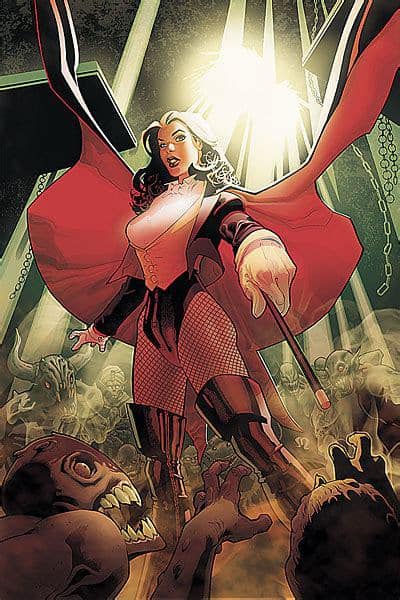 The community needs to wake up and speak up. We need new, inspiring heroes and villains. Out with the old and in with the new. If you feel underrepresented in superhero films, make it known. Go to comic con, dress as a hero who isn’t represented, go as a group, make a statement. Hell, write an email, contact Marvel and/or DC Entertainment. Artists and writers, try submitting new ideas to push for variety in films. If you’re tired of seeing the same damn people, do something about it. YOUR. VOICE. MATTERS.