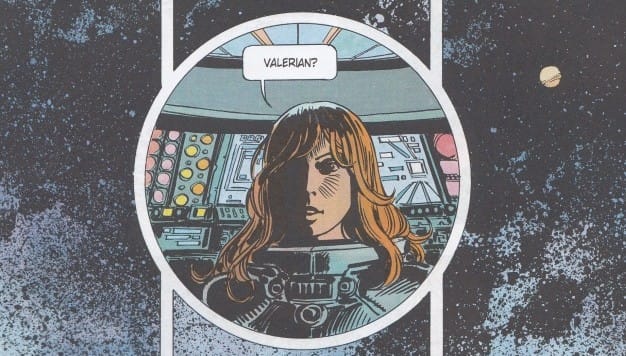 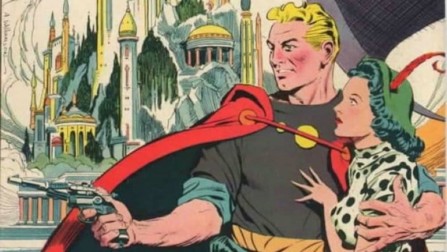 The comic series responsible for lending STAR WARS such a grand sense of visual splendor are as numerous as they are diverse. Drawing on the seminal works of European comic artists and successful American serials BUCK ROGERS and FLASH GORDON, George Lucas fleshed out his faraway galaxy, transporting audiences to a place both exotic and familiar. We can only speculate as to the specific details, but it’s safe to say that STAR WARS’ space-time adventure saga is one that borrows from an extensive, international history in comics. 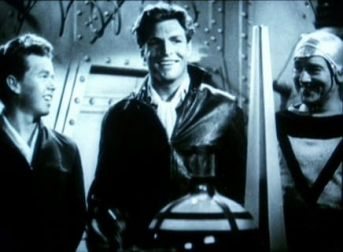 Lucas’s passion for comic book adventures began even before the dawn of STAR WARS. The first time his work hit the big screen, in THX 1138, audiences got a glimpse of the filmmaker’s love for the medium, as the movie opens with a preview for a BUCK ROGERS episode. After debuting in 1929 to a world newly enthralled by the wonders of modern science, ROGERS became one of the most popular comic strips in America.

READ: Did you like THE FORCE AWAKENS? See what we thought! 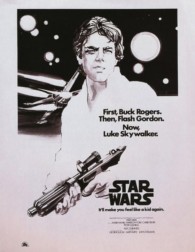 BUCK ROGERS stars an eponymous Earth man who awakens in the year 2429, following him throughout the course of his many outer-space exploits as he meets a host of extraterrestrial species that look straight out of STAR WARS. The franchise’s immense success as both a radio and newspaper serial led to the creation of FLASH GORDON just five years later, a character who would go on to rival and then surpass the success of his progenitor.

FLASH GORDON follows the story of a young man and his friends who travel to space to stop the destruction of Earth at the hands of an evil ruler. Each episode brims with the sort of plucky All-American heroism displayed by Mark Hamill in his portrayal of Luke Skywalker. Echoes of FLASH GORDON’s manly space swashbuckling and natural interplanetary terrains—and even the very pace and editing of the stories themselves—clearly inspired both the style and plot points within Lucas’s creation, which would arrive some three decades later.

Jean Henri Gaston Giraud, under the pseudonym Moebius, brought a dazzling array of alien civilizations to life and took the medium in an entirely new, “metaphysical” direction. Moebius helped launch the French comic anthology Métal Hurlant, which would evolve into Heavy Metal magazine in the US, and illustrated THE LONG TOMORROW (1975) which would become inspiration for the film BLADE RUNNER. The probe droids in STAR WARS, referred to as Probots from THE EMPIRE STRIKES BACK, are nearly identical in design to the mechanized machine drawn in the background of a panel in THE LONG TOMORROW and even match the style of some of the film’s concept art. 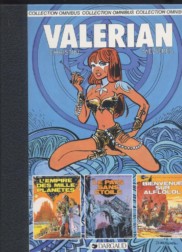 A more hotly-contested source of STAR WARS inspiration is that of the French comic strip, VALERIAN AND LAURELINE, illustrated by Jean-Claude Mézière. While it’s hard to deny the astounding similarities between Mézières’ illustrations and many of the scenes from STAR WARS, it’s nearly impossible to say for sure that VALERIAN directly influenced STAR WARS. Several designers working on STAR WARS happened to be French, and were cited as avid collectors of Mézières’ comic, but as all of Mézières’ letters to Lucas went unanswered, we will never know for certain the degree of influence he had on the franchise. It’s clear that Leia’s slave attire from her days as Jabba’s concubine in RETURN OF THE JEDI is quite similar to the outfit Laureline wears when she herself is enslaved by a large and beastly creature. Sure, women in scant attire are nothing new in the sci-fi genre of comics, but Valérian’s imprisonment in liquid plastic similar to—you guessed it—Han Solo encased in carbonite in THE EMPIRE STRIKES BACK, suggesting that this French artist was another piece of the STAR WARS puzzle. 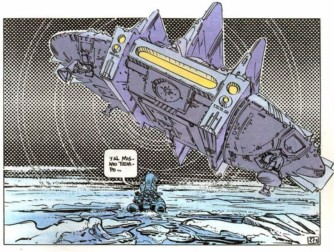 Valerian, Laureline, Leia, and Luke may never meet on the pages of a comic book, but they have been depicted in a drawing by Mézières, surely intended to comment on their uncanny similarities. While the former heroes may have never attained the silver screen success of their latter contemporaries, they’re set to soon get the big-screen with a new film entitled VALERIAN AND THE CITY OF A THOUSAND PLANETS. Directed by Luc Besson, another Mézières fan whose prior work (found here as well as online) has also been linked to the French comic wave of the 1970’s, VALERIAN AND THE CITY OF A THOUSAND PLANETS is slated to arrive in 2017. Musician-model pals Rihanna and Cara Delevingne have been enlisted to star.

Visual artists like Lucas have always drawn upon a hodgepodge of sources to provoke and produce their work. After all, what’s more inspiring than the world around us? And years later, when the world has changed, these subtle homages help us to remember the creative minds who bravely went there first. Today, now that the STAR WARS franchise spans a universe which not only includes comics and films, but video games, clothing, kitchen appliances, and even a theme park, it’s safe to say that the work of these comic artists will continue to influence and inspire generations for years to come.