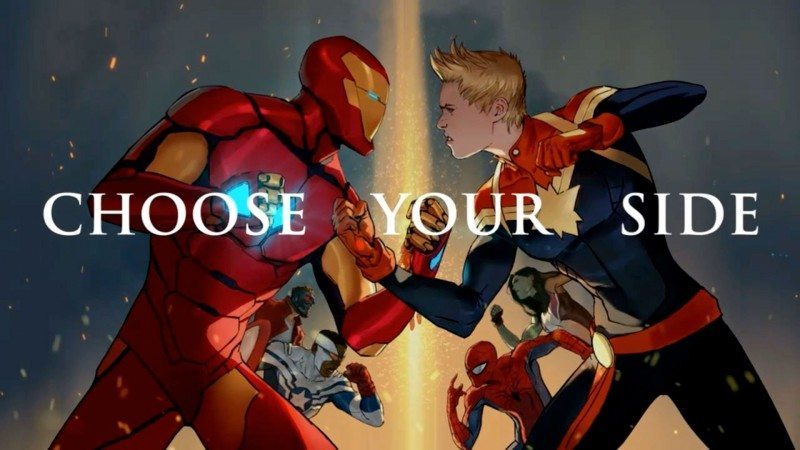 The first Marvel CIVIL WAR storyline was a big deal for Earth 616, dividing the family of Marvel heroes between national security concerns and civil liberties, all the while trying to allow the reader to understand both sides of the argument. That being said, the actual execution was a bit… mixed. While the aftermath of this conflict definitely had repercussions across the Marvel comic universe, the conflict itself ended somewhat abruptly, leaving a good chunk of comic book readers unsatisfied. Furthermore, the storyline would eventually set the stage for some more…. infuriating stories involving classic characters that we all would like to forget (the less said about ONE MORE DAY, the better). The announcement of CIVIL WAR II produced a combination of skepticism and intrigue from fans, all of whom were interested to see what else was capable of placing our heroes at odds with one another again. Personally, I was in the skeptic camp, feeling that another CIVIL WAR entry was unnecessary after all this time. Upon reading the first issue, I was generally surprised by how much I enjoyed this new conflict. The philosophical debate used is something that has been seen before in other mediums. However, CIVIL WAR II is a series worth following because of the unique way in which the conflict is orchestrated and the stage it sets for our heroes. 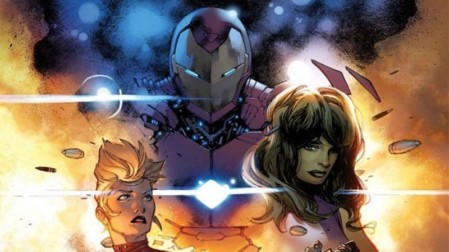 The original source of conflict for the first CIVIL WAR storyline, the Superhuman Registration Act, was created as a means to ensure public accountability for the actions of superheroes living within the United States. This mandatory legislation led to an all out war between Marvel heroes, pitting those who saw the act as a mean of protecting national security (Team Iron Man) against those who deemed it a violation of their personal and civil liberties (Team Captain America). On paper, this idea is genius, setting up an obstacle that divides our heroes into opposing factions with each side presenting a morally ambiguous yet reasonable argument towards why they see such a course of action as right or wrong. In execution, however, this idea falls flat because the dilemma never actually produces a morally grey perspective. Putting aside the fact that it completely negates the idea of a secret identity, this law pretty much declares that if you don’t sign it, you will be labeled a criminal. This makes the overall story for CIVIL WAR feel too black and white in retrospect, being so direct in what will happen that any attempt at debate is pushed aside for exchanging blows.

CIVIL WAR II manages to improve upon the first CIVIL WAR storyline by making the consequences of its new catalyst merely speculative. Where its predecessor was so direct in the policies of the Registration Act that any attempt at discussion eventually became irresolvable, the implications of this new plot device are merely implied and discussed, with the personal beliefs of our characters driving the actual conflict. This time, the source is Ulysses, an Ohio State student transformed into an Inhuman by the Terrigen Mist, whose newfound powers allow him to see future events. His visions allow our heroes to take down a world-ending threat with ease, and Captain Marvel/Carol Danvers recognizes Ulysses’ abilities as a means to help keep humanity safe. If we can predict when and how a crime will occur before it even happens, shouldn’t we use such knowledge as a force for good in order to save lives?

Opposing her, quite ironically, is “futurist” Tony Stark who doesn’t quite argue that her position is evil, but advises caution towards tampering with the future. And, from his perspective, it makes sense as well: just how accurate is this power in its predictions, and should we rely on it alone for judgement? Both of these positions simply hypothesize what could happen, but neither are set as either good or bad. This allows the audience to understand where Carol and Tony are coming from without demonizing their characters. While the first CIVIL WAR originally started out in that direction, using Steve and Tony’s personal experiences and history with one another to make the conflict emotionally engaging, the lack of a moral balance between the two sides eventually lessened the conflict over time. While I can’t be certain that CIVIL WAR II won’t make similar mistakes, for now it seems like they are striking the right balance between stances, so let’s hope it remains that way. 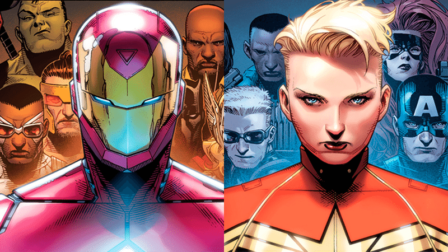 This storyline possesses many similarities to Steven Spielberg’s MINORITY REPORT, which also delves into the concept of free will and how much can exist when the future has already been predicted. It’s a trope that we have seen throughout the science fiction genre, but to CIVIL WAR II’s credit, it actually uses this trope to further the stances of both sides. Without spoiling anything, the tie in issue given on Free Comic Book Day shows a main character getting killed off, as in actually dying. For how long in terms of comic book logic, I don’t know, but this death was inadvertently the result of Carol following one of Ulysses’s predictions. This moment reflects each party’s stance at the same time, highlighting Carol’s desire to eliminate threats against humanity while also proving Tony’s point that such a concept is still potentially dangerous. Not only does the first issue set up its philosophical debate quite well, but it also lines up the pieces for what will eventually become a Marvel battleground in the future.

If you liked the concept and dilemmas of the first CIVIL WAR storyline but wished that the story was more even in its stances, then you will be a fan of CIVIL WAR II. Its strength lies in how the comic is able to properly establish its core conflict and the arguments on both sides, all the while setting the stage for something greater to emerge. There really is a sense that our characters are playing with fire here, trying to determine what such a power can do for the betterment of mankind, but, at the same time, acknowledging that it comes with impactful consequences. CIVIL WAR II recognizes the story that it wants to tell and gets its points all nailed down in the first issue.