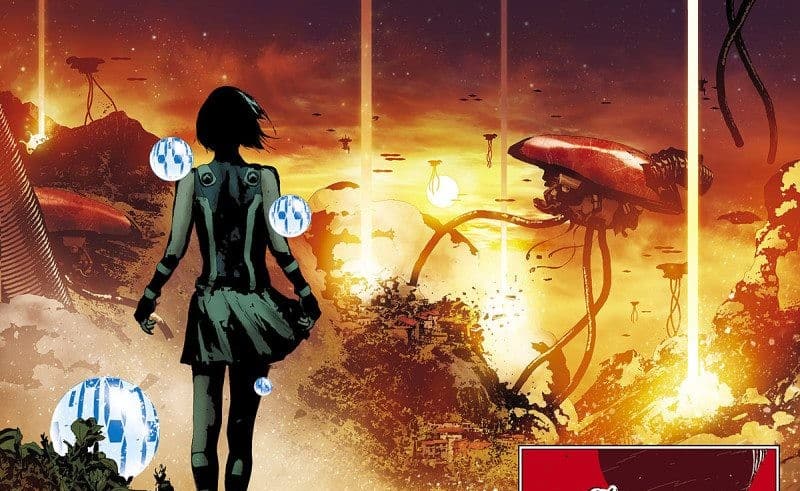 What is about the X-Men and time travel?  Possibly no super-hero franchise has embraced the concept so much – but why?

Xavier’s Dream – what the X-Men are all about

Most super-heroes are about the status quo.  They’re fighting to protect the world as it is from those who wish to change it utterly, and in so doing there’s a strongly conservative element to them.  The X-Men, on the other hand, are something very different.  Their focus is on Xavier’s Dream.

Curiously enough, it wasn’t until the 1990s that Xavier really stood on-stage and made clear what that dream meant: 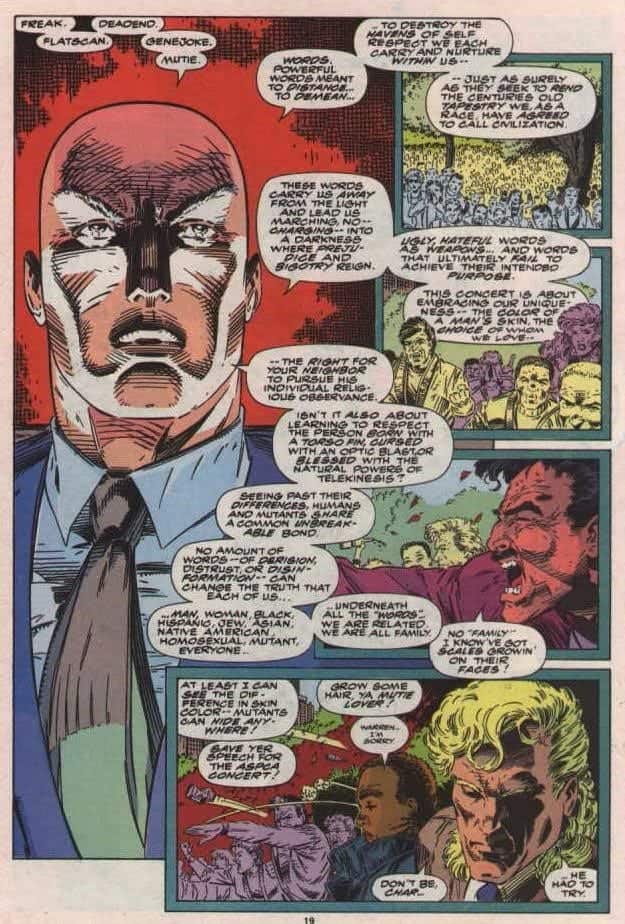 The Dream, then, is a vision of a different world – a world where every man and woman’s uniqueness is embraced, where labels are shunned, and where prejudice has been defeated.  The X-Men, at heart, aren’t trying to save the world; they’re trying to change it.

And this is where time-travel comes in key for the X-Men.  A Dream is, by nature, a forward-looking thing; a dreamer looks beyond the mob throwing litter and jeering, and sees instead the world that could be.  And then, the dreamer commits their life to bringing into being the future that only they can see.  Because the dreamer lives in the future, the future holds a tantalising fascination for them.

That is why the classic ‘Days of Future Past’ was so effective a story.  In that arc, we glimpsed a world where the dream had failed, and where Sentinels prowled the streets.  It was a bleak dystopia bereft of hope, the place where dreams go to die.  So desperate was the situation that the X-Men of the time could only find hope in fleeing to the past, to a time before an assassin’s bullet killed both a Senator and the hope for peace between man and mutant. 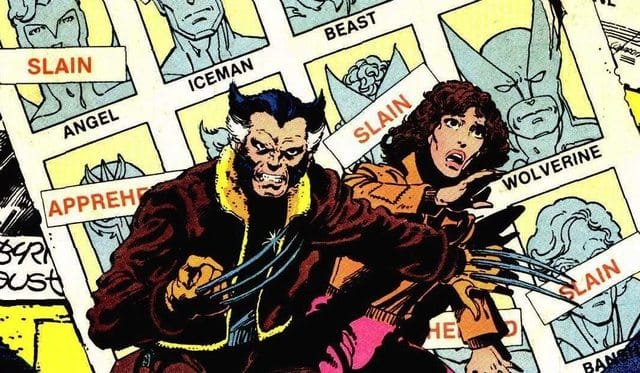 For the readers, though, the stakes were suddenly higher; this was the weight resting on the X-Men’s shoulders.  If they succeeded, we could have a utopia; if they failed, then we’d already seen the world that would come of that failure.

Brian Bendis and the All-New X-Men

More recently, Brian Bendis took a creative twist on this idea; he flipped it on its head, launching ‘All-New X-Men’ and bringing the original five X-Men from their time into the present day.  They saw the world that their dream would produce, and it horrified them.

Few readers seem to have really gotten their heads around the character concepts that ‘All-New X-Men’ has been playing with.  Using this team as a template, Bendis explored key questions of identity; is it fixed, or is it malleable?  He rewrote the laws of time-travel, making time fluid and changeable, and in so doing he also breathed a breath of hope.  Time is not set in stone, history can be rewritten (albeit at a terrible cost), and he gave the original X-Men a chance to be different people.  These ideas were only finally fleshed out in last year’s annuals. 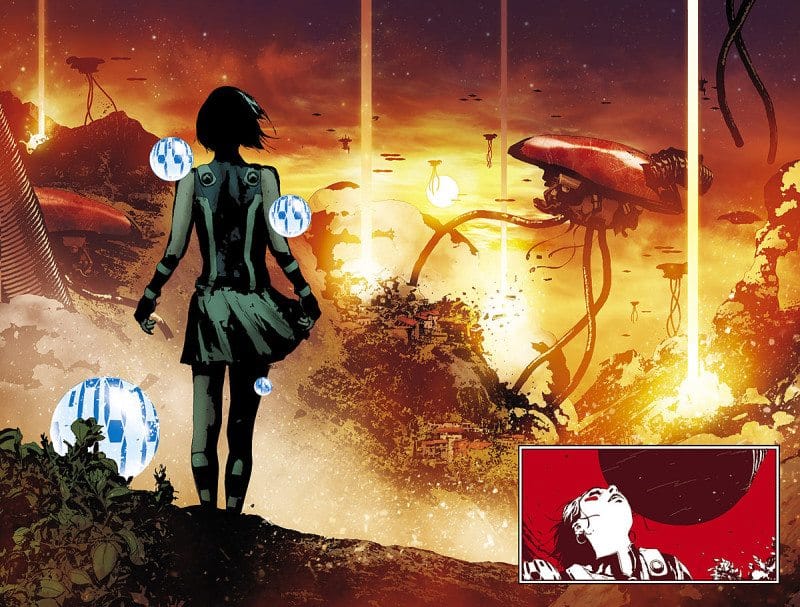 Fear of the future has shaped them all.  For Cyclops, the realisation that he was apparently such a hated figure was a shock.  His head ringing with Beast’s warning that his future self had killed Xavier and would soon start a mutant revolution, Cyclops and the team headed off to confront Cyclops Senior.  But soon the off-notes began to sound; a bank clerk was more fascinated by mutants than she was afraid of them, and Cyclops Senior chose to side with the All-New X-Men during ‘Battle of the Atom’.  Gradually, Cyclops came to realise that the future wasn’t as grim as it seemed; he even gained from it, spending quality father-son time that had he had never before experienced.

For Beast, it’s been a hard time.  He’s had to see the brokenness of his future self, to see him making so many mistakes, and even to be told of the Incursions his older self knew about.  Worst of all, Beast’s long-hidden love for Jean Grey has been exposed, but his hopes have once again been crushed.  Sure, he got a kiss that he’d not had in the original timeline, but for Beast the future tastes of ashes.

The changes in Iceman and Angel waited till the end of Bendis’ run.  Iceman, we learned, was gay.  We were left unsure whether this was due to environment – the different environment allowing his character to develop in different ways – or due to nature, with hints that Iceman has always been gay, he just wouldn’t admit it to himself before.  As for Angel, his transformation has been more dramatic, as he chose to retain the power he had been given by the Black Vortex.  Instead of an Archangel of Death, the Black Vortex transformed Angel into a man of confidence who could declare his love for X-23.

For Jean Grey, of course, the stories were the most powerful.  She got a telepathic infodump or twenty on her future suffering, and – desperate to escape it – she tried to run away from her future with Cyclops.  Hope, though, came when the future version she encountered in ‘Battle of the Atom’ was rewritten through time as an empty shell.  She seems to have taken that hope to heart, and is settling once again – even into that traditional romance with Cyclops. 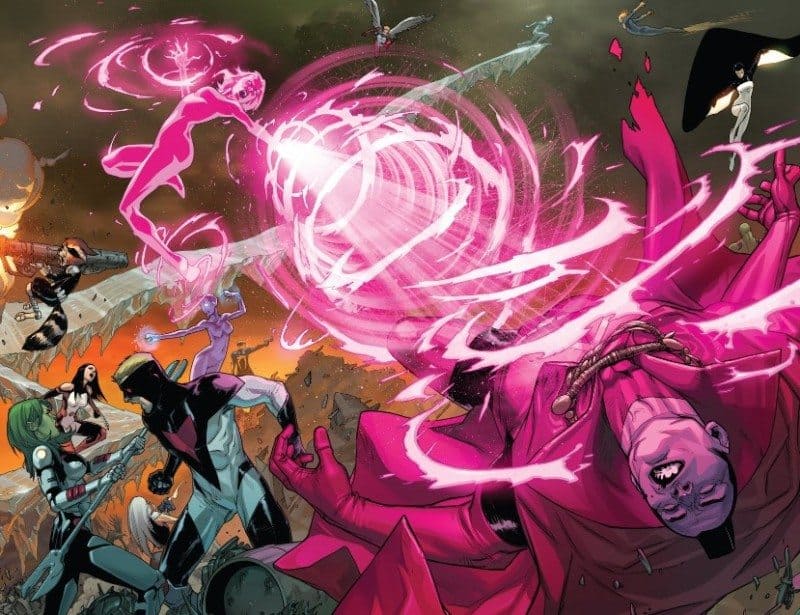 It’s a fascinating conceit, and one that, yet again, is deeply tied to the core motifs of the X-Men.  What if the dreamers saw a world where the dream hadn’t succeeded – not that it had failed, not exactly, but it just hadn’t really made any headway.  And what if those dreamers saw their own suffering, glimpsed all that they must endure, and asked that simple, tantalising question: Is the Dream worth it?

Time-travel will always be an essential part of the X-Men comics.  It’s ingrained in the concept.