As the Small Press Expo (SPX)—perhaps the premier independent comics show of the year—approaches in Bethesda, Maryland, this weekend, a familiar layer of trepidation has settled in.

It’s that tremor of exhilaration and fear that comes with seeing someone famous. It’s the kind of thing that causes breath to tighten up and me to become incapable of normal speech, because famous people just don’t seem real. Of course, indie comics people are not “famous,” but in this world, they sort of are, and I can’t quite shake that sense of unreality even in the environs of an urban community center or, in SPX’s case, a hotel convention floor.

READ: Check out our list of five can’t-miss artists at SPX!

It was only at the Museum of Comic and Cartoon Art (MoCCA) Arts Fest earlier this year that I began to understand that the people across the tables just might be totally and completely real. Cartoonist Whit Taylor, for example: real as hell. 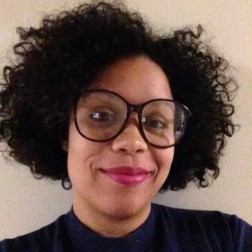 I first encountered Whit’s work early this year, when Sparkplug Books printed her mini-comic, THE ANTHROPOLOGISTS, as one of the publisher’s final releases. More than anything, the comic feels honest, framing questions of identity and purpose with a story about an anthropology student traveling in the Australian Outback, demonstrative of the autobiographical (or semi-autobio) style she adopts in most of her work.

“We all have to strike this balance,” she said in discussing THE ANTHROPOLOGISTS back in May. “Autobio comics people seek bigger universal truths about being a human being, so the details aren’t as important. In that story, for instance, I was trying to explore greater themes of friendship and identity and belonging. I just write about stuff that interests me, so I just kind of looked back at old photos and tried to go back to that time period and pick out things that really resonated.”

When I looked further into her stuff, I was struck by the range of work she’s done in comics and the route she’s taken through her comics career. There’s this line from The Avett Brothers’ song “Head Full of Doubt/Road Full of Promise” that I just love—“Decide what to be and go be it”—and when you talk to Whit, it feels like that’s what she’s doing. A health educator by trade, Whit is a self-taught cartoonist now with multiple well-received publications to her name, in addition to editing and criticism credits. 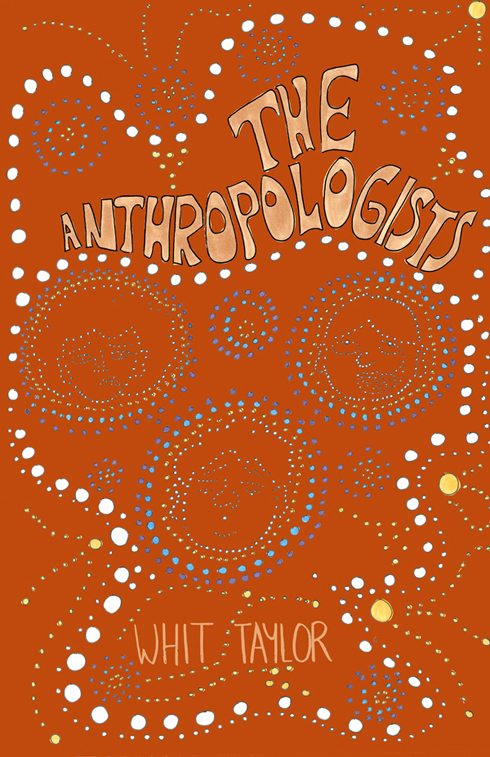 “I’ve always been a comic reader. I was always into more mainstream stuff, and then I started bridging into stuff and I got exposed to this whole world I had never heard about,” she said. “From there, I was making my own mini-comic and applying for shows, and I met other cartoonists and developed relationships. A lot of these cartoonists, they live all over the country, so our relationships have developed over the internet and then we see each other a handful of times throughout the year.”

To my mind, Whit experiences the indie comics world in maybe the most complete way. After starting with mini-comics in 2007, Whit said she got more serious about comics in 2011. Her miniseries, MADTOWN HIGH, scored an Ignatz nomination back in 2013, and she’s been prolific in both producing comics and covering them at places like The Comics Journal (she covered this weekend’s show back in 2014), Comics Workbook Magazine (editing issue #10 in 2015), and Panel Patter (where she did reviews and interviews until last year). And she’s a fan, reading reviews and process posts and listening to comics podcasts regularly. 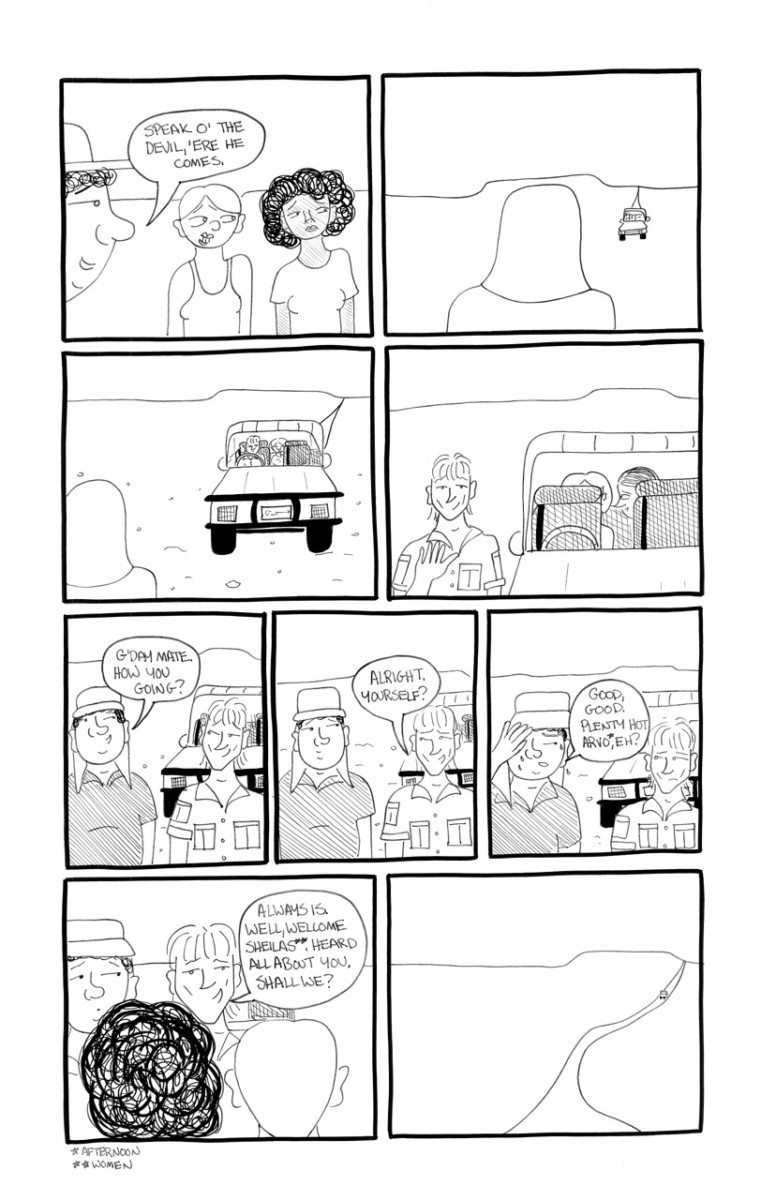 When I talk to people like Whit, I have this initial feeling of something like surprise that someone tabling at a real comics show is just like us normals: a fan, a reader. My impression was that she and I are very different fans, me being the kind that shakes in his little boots when he sees someone like Noah Van Sciver, her being the kind that publishes Noah Van Sciver in an anthology (see: SUBCULTURES from Ninth Art Press). But careful reflection also reveals that, yes, everyone at a comics show is a normal person—which maybe makes Whit’s work even more impressive.

This weekend, she’ll be tabling with Radiator Comics (which distributed MADTOWN HIGH) at table H6. Her newest comic, WALLPAPER, debuts this weekend, and the excellent GHOST (out in 2015) will also be available. With GHOST, Whit applies the same level of emotional integrity that came through in THE ANTHROPOLOGISTS, exploring herself and her past in a way that’s totally affecting.

“That was probably the hardest thing I’ve had to write,” she said. “I usually have an easy time writing, but with this, there were a lot of stops and starts, where I’d start writing something but I didn’t know where I was going. I took it to this workshop, and people said, ‘This is interesting, but I feel like you’re trying to say something that you’re not quite saying.”

The final sequence follows her as she processes the trauma of sexual assault, and it’s this confrontation of the ghost of her past self that makes GHOST such a powerful comic.

“By nature, being an autobio cartoonist, it’s easier for me to reveal things about myself even though I’m shy by nature. It was kind of therapeutic for me to work through those things, and…the least I could do was produce something that could be helpful to other people.” 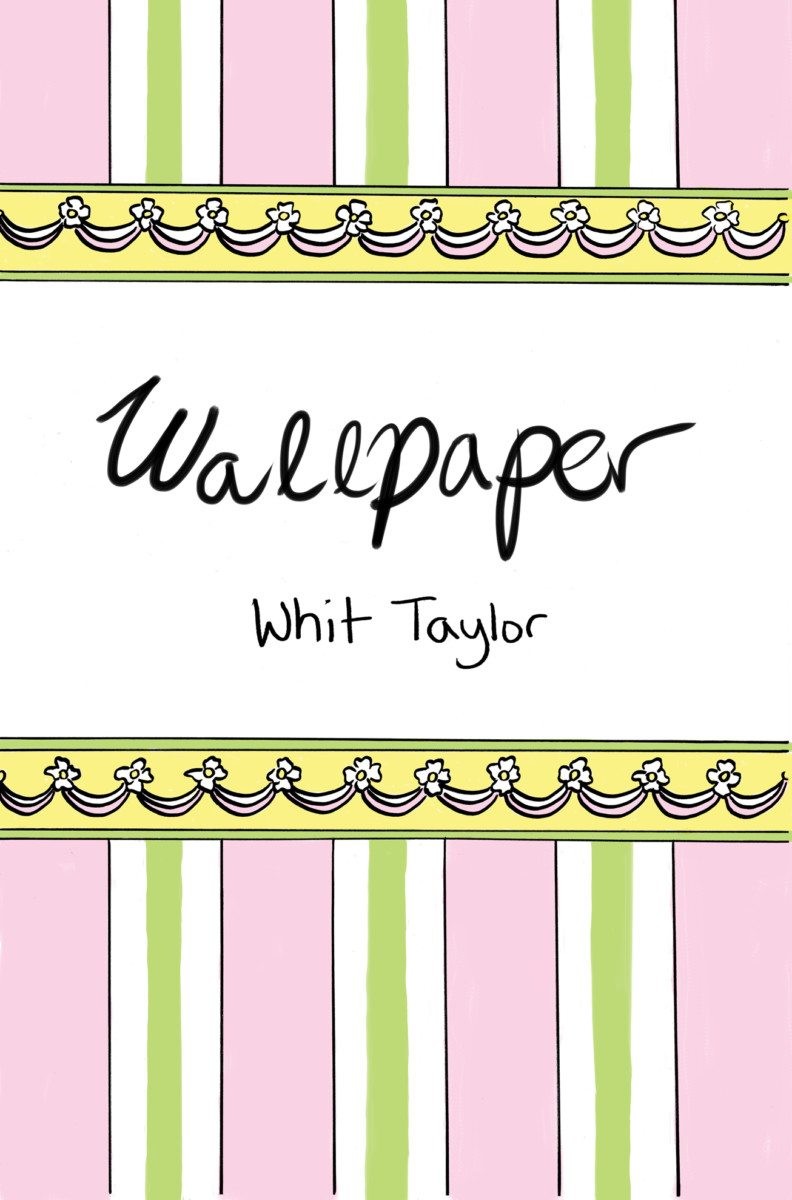 Whit says she that while she’s cut back on her comics coverage a bit, she plans to press forward with what’s becoming an impressive portfolio of comics. She has taken on work at places like The Nib and Fusion of late, and she also has a story for ADVENTURE TIME out in November.

“I’m at this crossroads now where I’m trying to go part time at this point,” she said. “Especially as I get older—I’m not saying I’m old, but I have a lot of other things I have to balance in my life. I don’t have the energy I had in my early 20s to devote to everything. I also have higher standards for myself as a cartoonist now.”

This weekend, Whit will again find herself in good company when it comes to high standards in comics. After dipping her toe into the indie comics show pool early in her career, Whit dove in, tabling in recent years at MoCCA in New York, the Massachusetts Independent Comics Expo (MICE) in Boston, and, of course, SPX, among others.

I just love that image. On the far side of high school, it feels like there are few things more honest than prom, that great mess of corsages, spiked punch, and quality dance moves. Another reminder that maybe we tremulous admirers aren’t so different.

Be sure to stop by table H6 this weekend, and find Whit’s work online at her website and on Tumblr.