Marvel Studios has produced over twenty films in the last ten years. The studio managed to create a diverse universe ranging from the war-torn CAPTAIN AMERICA, the magical DR. STRANGE, the cultural milestone BLACK PANTHER, and even the heist-film based ANT-MAN. However, with so many films being made, it’s inevitable that some are better than others. The IRON MAN sequels were not as well received as their predecessor, and HONEST TRAILERS noted how similar AVENGERS: AGE OF ULTRON was to its predecessor. Nonetheless, fans of the Marvel Cinematic Universe seem to point to one film as a particularly weak entry — THOR: THE DARK WORLD.

The film currently stands at 66% on Rotten Tomatoes, and even star Chris Hemsworth called the film ‘meh’ in a recent interview with GQ. Hemsworth also described growing ‘bored’ with Thor after the film. The THOR franchise was invigorated with the more comedic THOR: RAGNAROK, but what exactly went wrong with T:TDW in the first place, and did Marvel learn from it? Let’s find out.

The Truth Of THOR

The THOR series holds a special place for me in the MCU. I absolutely adore Norse mythology, and getting to see so many elements come to life, even in a comic book form, is a personal joy. Even seeing minor characters like Odin’s father Bor — or the nods to Surtur and the actual Ragnarok — fill me with mythical fan-boy glee. So yes, I look at THOR differently than some, but I do see the films for what they are.

I love the first THOR but I’ll admit it has a fairly simple story structure (God becomes man, learns humanity, etc) and isn’t as complex as other Marvel films. Still, I felt that it told its story well, and was entertaining, with strong performances, and an impressive look at Asgard.

So I looked forward to the sequel, and went to see THOR: THE DARK WORLD the first week it was out. I enjoyed the film then, and overall, I still do now.  That said, with the passage of time and the continued high standards of other Marvel films, I can watch the film more objectively and see the complaints that so many accused it of.

A Lack Of World & Character-Building

Marvel understands that a sequel should further develop characters and expand on the universe created in the first film. A film like CAPTAIN AMERICA: THE WINTER SOLDIER does that perfectly, giving Cap political intrigue and a personal conflict from his past. THOR: THE DARK WORLD never really does that. We get some more backstory on Asgard and Odin, but this is done more to set up the villainous Dark Elves then make the world seem bigger. Since this film spends a lot of time on Asgard, it feels like a wasted opportunity. The best we do get is a brief visit to Svartalheim, but even that alternate world looks dull.

Thor himself doesn’t grow much either. In the first film, we watched Thor’s progression from a vain, uncaring god, to a more thoughtful, humble, man. It allowed us to connect with his character. and feel his transformation. In THOR: THE DARK WORLD, Thor is the exact same character from the end of the first film. His big change is that he misses Jane and decides to stay on Earth. That could have been interesting to explore, but it gets lost in the battles and story. Thor feels like he’s applying what he learned in the first film, especially when he goes against Odin to save Asgard’s warriors, but there’s nothing that comes out of it.

He doesn’t grow as a character, and we feel less attached to his journey. Loki is more gripping, as he deals with imprisonment, the loss of his adoptive mother, and a form of redemption. When the secondary villain is a more interesting protagonist, something’s wrong.

Loki was a highlight of both THOR and THE AVENGERS. He was a gripping villain, able to move with charm, sarcasm, and a massive need for power. His motivations seemed relatable (we’ve all been in somebody’s shadow at some point) and those are always the best kind of villain. Unfortunately, Malekith the Accursed did not live to those lofty standards. 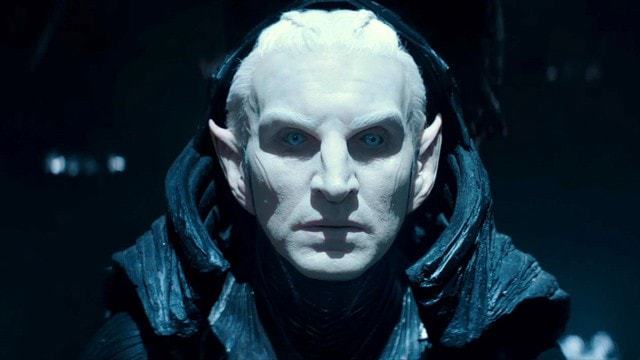 That milky white exterior screams just how exciting this character is. Malekith is a classic Thor villain, but this film made him into a placeholder. The film never dove into his personality, or his mindset to give us a deeper sense of who he was. He was simply a foe for Thor to defeat, and the film treated him as such. Even the attempt to make him more serious by scarring the (wrong!) side of his face failed. Malekith didn’t have to be Loki, but a bland villain doesn’t make for a gripping story.

The story of THOR: THE DARK WORLD, like before, is fairly simple. Jane Foster trips a hidden power, awakening the Dark Elves, and forcing Thor to defend Earth and Asgard while managing a grief-stricken Odin. It’s not a bad story by any means, but nor is it memorable. The lack of character development prevents it from taking any new directions. It’s also too disconnected from the rest of the MCU.

Without that connection, it honestly feels like this was made just because they had to make three THOR films. Again, it isn’t the worst fate for a film, but it makes it feel unnecessary. It’s truly a shame since Patty Jenkins was originally set to direct, and might’ve brought some other elements to play. 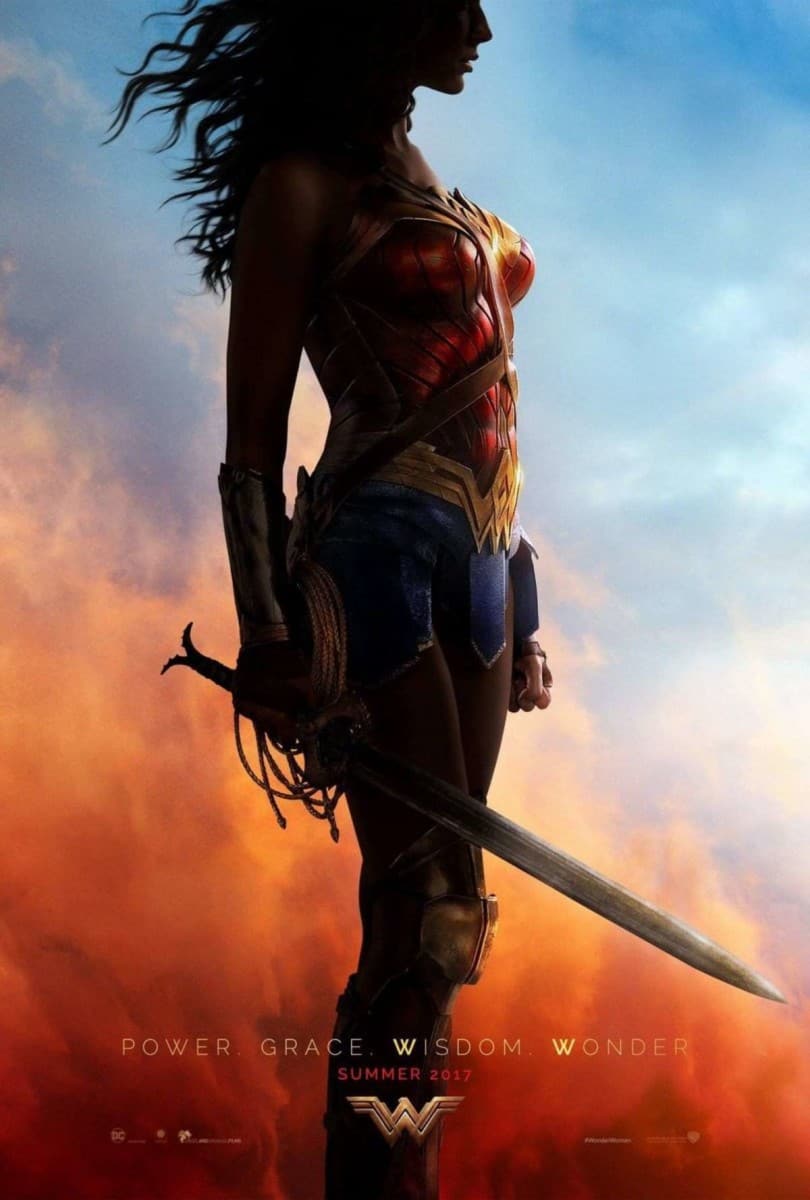 You may know her other work…

Overall, THOR: THE DARK WORLD isn’t bad in the sense it’s unwatchable. I would take it any day over IRON MAN 2 or 3. The main problems are just that it feels generic, especially when compared to the other Marvel films. It lacks a strong villain and serious development for its lead character.

It’s not surprising the series took a massive shift in THOR: RAGNAROK. That said, I would still this movie is worth watching. Is it a weaker Marvel films? Yes, but it’s failings are also due to the high standards Marvel has set for itself. In fact, it’s failings may have shown Marvel what to avoid in making their films. Their sequels continually feature character evolution, and each film feels unique in its own way. The villains have remained something of an issue (generally staying at a ‘one and done’ appearance per film), but Thanos and Ego prove Marvel can create interesting villains beyond Loki.

So THOR: THE DARK WORLD may require you to turn off your brain a bit, but mistakes are always necessary for success. Besides, there’s far worse out there. 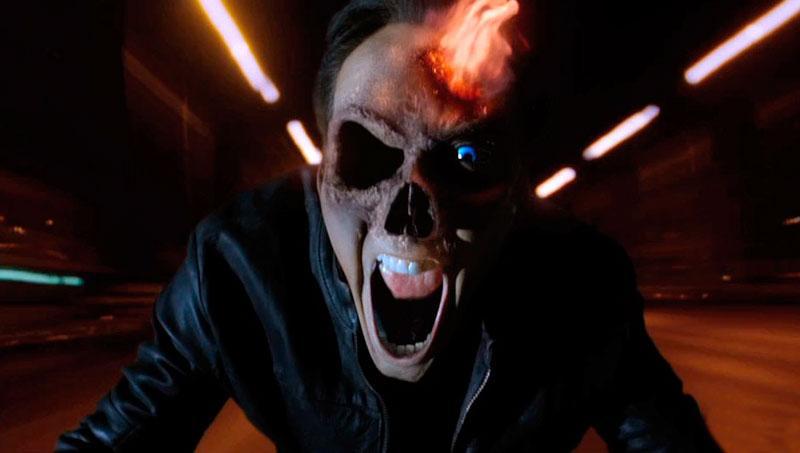 Oh boy, is there worse out there.