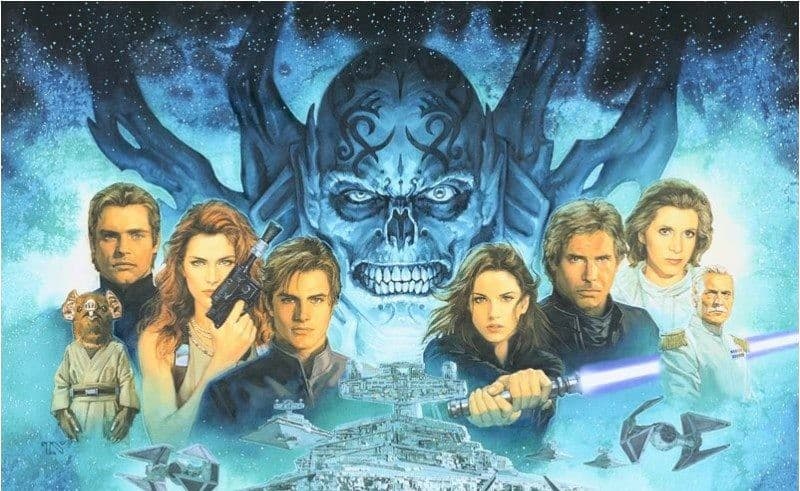 On May 25th, 1977, science-fiction and fantasy was changed forever.  George Lucas’ dreams of greatness were fulfilled when STAR WARS hit the big screen, easily one of the most significant movies of all time.  Within a year, the franchise was expanding into other avenues – the first novel, “Splinter of the Mind’s Eye”, was published before Lucas had even begun to work on STAR WARS: THE EMPIRE STRIKES BACK!  As George Lucas put it in the 1996 introduction:

After Star Wars was released, it became apparent that my story – however many films it took to tell – was only one of thousands that could be told about the characters who inhabit its galaxy.  But these were not stories that I was destined to tell.  Instead, they would spring from the imagination of other writers, inspired by the glimpse of a galaxy that Star Wars provided.  Today, it is an amazing, if unexpected, legacy of Star Wars that so many gifted writers are contributing new stories to the Saga. 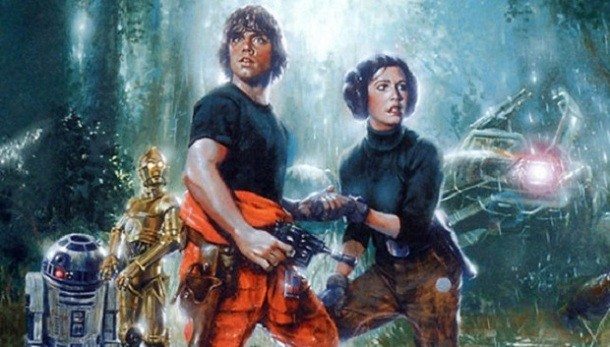 So it was that “Star Wars” became more than just a film series – it became a franchise in every sense, embracing everything from games, to comics, to novels.  Difficult questions began to arise about how to weigh contradictions against one another (there can only be so many tales of the Bothans getting the plans for the second Death Star before the details start to conflict, after all).  The basic rule was that canon had two tiers: the first tier was anything that George Lucas had spearheaded, ranging from the movies themselves to STAR WARS: THE CLONE WARS animated series.

The second tier was the Expanded Universe, which could not contradict the first layer – any contradictions had to be dismissed as incorrect.

Over the decades, the Expanded Universe added depth to even the most background of characters – and some of the results were impressive.  The X-WING comics and novels stand at the peak of the Expanded Universe, while the novelisation of STAR WARS: REVENGE OF THE SITH is (in my view) infinitely better than the film itself!

Of course, running a franchise like this was bound to cause problems, as is easiest seen when you cast your eye to the 1991 DARK EMPIRE comic books.  The chronology between DARK EMPIRE and Timothy Zahn’s Thrawn Trilogy of novels is awkward and clunky; Zahn refused to incorporate the events of DARK EMPIRE into his plot, so it was relocated until after the Thrawn Trilogy.  Since both sources featured Leia and Han having children (twins Jacen and Jaina in the Thrawn Trilogy, and Anakin in DARK EMPIRE), they are an uncomfortable fit.  Worse still, Tom Veitch’s plot featured the Emperor resurrected into a clone body; when Lucas established that Anakin Skywalker had been born to “bring balance to the Force” by killing Palpatine, it left some fans decidedly uncomfortable with DARK EMPIRE.  The plot included Luke almost slipping into the Dark Side, which again sat poorly with one of Lucas’ prequel themes. 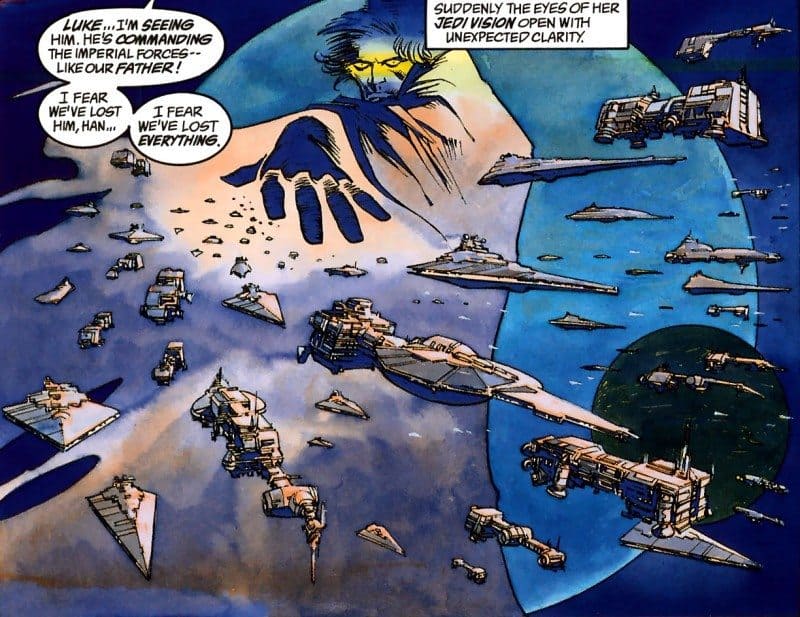 When Disney purchased LucasFilm in 2012, they made the decision to change everything.  No longer would the Expanded Universe be canon in any sense; no, canon would begin again.  The reason was simple; Disney planned to make more movies, and, given that by this point the STAR WARS: LEGACY series had even shown galactic events a century after the films, there was no way they could keep the Expanded Universe. 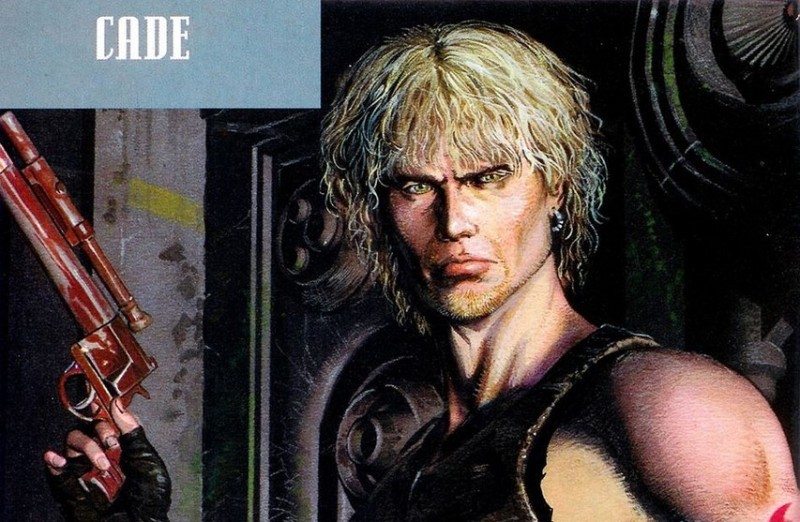 Disney showed a measure of respect to fans of the Expanded Universe by marketing them as “Legends”.  As Del Rey publisher’s Editor at Large Shelly Shapiro explained:

READ: Our review of STAR WARS: SHATTERED EMPIRE #1, the true beginning of the new canon!

Here at ComicsVerse, we’re going to spend the next few weeks celebrating some elements of “Star Wars” that have been left behind – fan-favourite characters, powerful Jedi and Sith, classic heroes and villains!  We’re celebrating the ‘legends’ that have gone before, as we look forward to the greatness that we trust is yet to come!