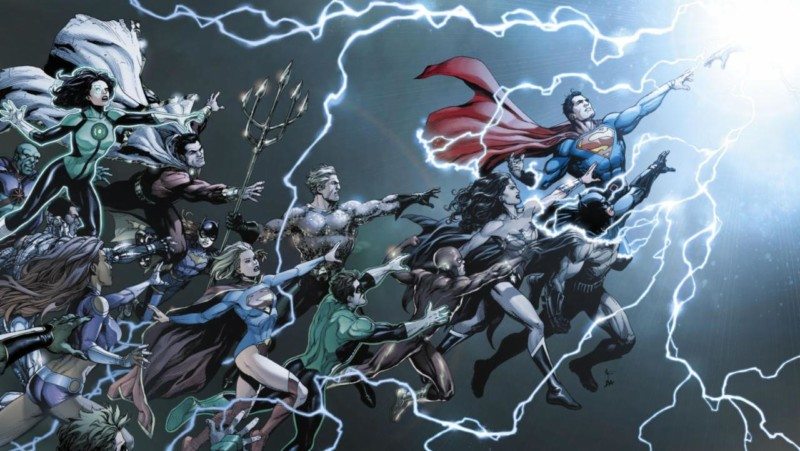 DC Rebirth has been solid so far; however, it can all be a bit overwhelming. There are so many titles to read and so little time. Never fear, I’m here to help you pick a few of the good ones to start.

The Flash family (Wally) brought us Rebirth, so naturally the Flash is tasked with guiding us into this brave new world. Joshua Williamson’s run has been fantastic thus far. He’s managed to present a crazy original story with new compelling characters while not abandoning the old classics like Barry, Wally, and Iris. Not to mention, the art has been electric! Each action scene has been shown in slow motion, yet hasgiven the speedsters the feeling of lightning quickness thanks to brilliant panel transitions. The Flash’s cliffhanger game has also been on point in this series and I suggest you pick up this run to help ease your way into Rebirth. 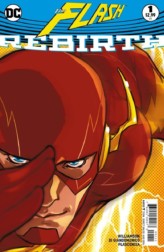 While this run is still in its infancy, I loved issue #2 enough to put this on the must-read list. The battle against the replica Titans gave me such a nostalgic feeling. The way Dan Abnett approached this story brought me back to the JUSTICE LEAGUE animated series or even the OG TEEN TITANS TV series. Each character is given moments to shine, which is difficult accomplish. I highly recommend joining the ride with the first two issues and the rest to come! 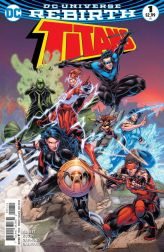 I’ve been writing the reviews for Benjamin Percy’s GREEN ARROW run and have thoroughly enjoyed his take on the street-level hero. The family dynamic between Oliver, Emi, Shadow, and even Black Canary has been cute, fun to read, and easy to follow. What really stands out is the artwork throughout the first six issues. The gritty and dark tone has been beautifully portrayed by all of the artists involved. I haven’t had this much fun reading GREEN ARROW since Judd Winick’s run in 2007. Give GA Rebirth a chance! 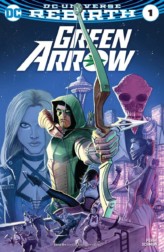 READ: Here’s our review of GREEN ARROW #6 once you catch up!

On the surface, this new character seems like just a Chinese replica of the Man of Steel; however, what lies beneath the surface is what makes this new DC addition much more interesting. NEW SUPERMAN tells the compelling story of a hero who’s not heroic at all. Kenan Kong is an arrogant bully who I believe brings a realistic take to the coming of age, power-obtaining story. Cus let’s be honest, if we got powers, we would want to show off to our friends and use them to attract the opposite sex. There is so much humor to be had in the way the comic spoofs other DC favorites; however, there is also pathos behind the characters. Kenan and his father’s relationship is emotionally drawing and can connect with many readers. Gene Luen Yang has given me my sleeper among Rebirth titles and dare I say my favorite new hero. 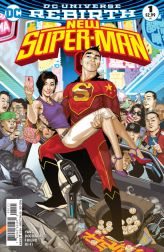 Batman and his new comrades, Duke and the Gotham siblings, have not failed to entertain readers. I have been drawn in to every issue’s story from front to back and the art has been masterful as well. Tom King did something truly special in the first issue of the run. Having told a story that really only takes place within 2-3 minutes was a gutsy way to introduce Gotham and Gotham Girl. Not only did he hit that intro out of the park, but he also gave us true emotion and concern for Batman when he is [SPOILER ALERT!] [spoiler title=’SPOILER’ style=’default’ collapse_link=’true’]sacrificing himself to save the plane.[/spoiler] If you are only going to read one Rebirth title then BATMAN should be it, but please don’t check out only one because this list is full of great reads! 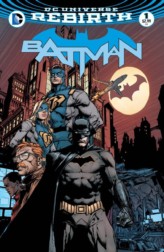 READ: Our review of BATMAN #6 is waiting for you… After the first 5!

Honorable Mentions (these titles are good and worth a read if you want to dive further into Rebirth):

Just Average (if you want to take Rebirth one step further):

You Can Pass On These (unless you are all in on DC Rebirth):