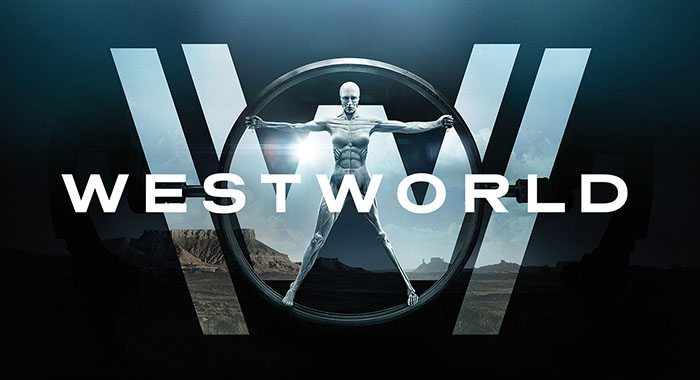 With WESTWORLD halfway through its first season, it has been well received by critics and audience alike. This HBO series is based on the 1973 film of the same name, which was written and directed by American novelist Michael Crichton, most known for his book JURASSIC PARK. The series is set in a place called Westworld, a technologically advanced, Western-themed park populated completely by synthetic androids called “hosts.” The wealthy visitors, known as guests, come for adventure and indulge in everything the park has to offer. The guests are free to do whatever they want, be it murder, steal, rape or love. In the pilot, Dolores Abernathy (Evan Rachel Wood), a host is raped by The Man in Black (Ed Harris), and after that, her host body is re-purposed for the same story-line she’s a part of each day. In other words, Dolores will never remember her attacker and most of all the sexual assault. As a viewer, you can already smell trouble. Our humanity, juxtaposed to artificial intelligence, would be the reason to our own extinction.

Generally, when people discuss artificial intelligence in a casual setting they immediately conclude that there will more likely be a Skynet scenario from TERMINATOR rather than the droids in STAR WARS assisting in saving the universe from the Empire. But what if we can achieve our human potential, alongside computers that can process information in a nano-second, to help shape a better future? Consider I, ROBOT and the self-driving vehicle ensuring the safety of the driver and passengers. Or robots farming at a faster rate, not needing human influence and harmful chemicals that are in our everyday produce. Buildings, towns, and cities could operate and grow without putting people in harm’s way. With these few positive examples, you can see a pattern: people are absent.

In the Westworld park, guests are allowed to do whatever they please with no consequence, but if the hosts were to remember the violent acts that were committed upon them. Obviously, they wouldn’t be happy. Dr. Robert Ford, the co-creator of Westworld, dons this sweet old man persona early in the series, until in the third episode, “Stray,” in which he reveals how he actually feels toward his creations, yelling at an employee, “It doesn’t get cold, doesn’t feel ashamed!” The hosts are tools for an unknown project that Ford’s working on, but if aware, they’d see it as slavery. While Bernard Lowe (Jeffrey Wright), head of programming, is more sympathetic towards the hosts, we find him speaking to Dolores about his late son. That’s something you normally wouldn’t do, speaking to an object that isn’t really there. Because Lowe hasn’t moved on from his son’s death, he imprints him into Dolores by reading her a children’s book.

It is normal for us to put sentimental value on things, and we see this in the pilot, specifically when programmer Elsie Hughes (Shannon Woodward) kisses an immobile host in the laboratory. For all we know, she did it just for kicks, or she’d given it value. This is one of the key parts to Stephen Hawking’s warning about pursuing artificial life: our humanity. We are vulnerable to our human urges that we’d believe that these beings are real. Hawking is not fond of the idea that we are in pursuit of creating advanced A.I. According to a 2014 BBC article, Hawking stated, “Humans, who are limited by slow biological evolution, couldn’t compete and would be superseded.” In other words, A.I.’s are prone to evolving faster than we do, they have the potential to adapt past our unique human characteristics. One example of this is in the episode Contrapasso, where Dolores kills other hosts stating that she willingly imagined herself not being the damsel and but her own hero. With other host, like Madam Maeve Millay (Thandiie Newton), also slowly becoming conscious of their existence, they’ll be able to manipulate the real people. Which is why Hawking insists that our current primitive A.I. should suffice for our needs.

We, as humans, have a huge ego because we are on the top of the food-chain, but what if there was something higher? The host in Westworld are programmed to be like real humans, so in turn, they can simulate human likeability making them more than human. We are already replacing human contact with cellphones, and in a possible future like WESTWORLD, A.I.’s would exploit that. To avoid this, we need to focus on ourselves so we don’t lose who we are as a people.