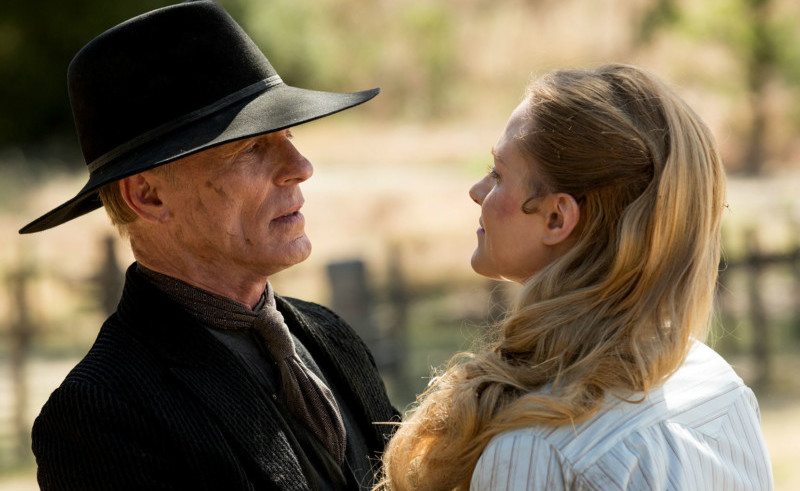 Can there truly be a “right” way to watch a television show? This is the question that has plagued the entire first season of HBO’s new series WESTWORLD. The show has captivated audiences with its prestigious on and off-screen talent, delightful sci-fi hook, but most of all, its central mystery. Not since LOST has a show so gleefully toyed with the audience’s expectations and perceptions with bread crumbs and red herrings left behind for it to dissect. While fan theorizing for clues and mysteries is certainly nothing new, rarely has there been a severe backlash to such activity as WESTWORLD received in its first season.

As the weeks intensified, online arguments sprouted up about the “right” way to watch WESTWORLD. Was it a show that should be appreciated and critically analyzed for its ruminations on consciousness and what makes someone “human”? Or a show meant to be dissected over the internet and through heaps of podcasts analyzing details until the show’s mysteries were finally revealed? With the show’s first season now completed, it managed to become both a show about unraveling a mystery and a show that thematically explored human consciousness. Creators Jonathan Nolan and Lisa Joy have developed a series where character, mystery, and theme are blended, allowing the conversation about the show’s mysteries to also become explorations of its themes.

WESTWORLD is ultimately a show about how we tell our stories. The show does, after all, essentially take place within a massive, interactive experience that’s one part video game, one part immersive performance (think SLEEP NO MORE meets RED DEAD REDEMPTION). And while the story of Michael Crichton’s original WESTWORLD film is a traditional robots-go-kill-crazy tale, Nolan and Joy’s reimagining of the concept is more interested in what happens when characters trapped without free will in a narrative they cannot control finally start to wake up. Although in the literal sense, the hosts (the term used to refer to Westworld’s robo-populace) are robots gaining sentience, they are puppets at the hands of writers, producers, and directors, all with a conflicting vision of how the “story” of Westworld the park should be told.

At the center of all of this, we have host Dolores Abernathy (Evan Rachel Wood). Within the narratives of the park, Dolores is a negligible character. She offers no quest for treasure or promise of bloodshed and glory like some of the other hosts in their respective narratives. She is a perfectly sweet and innocent farm girl who exists to be swept up in a grand western romance by Teddy Flood (James Marsden) over and over again. Dolores functions as our entry into the world of the park, helping us to better understand the loops and rules within the pilot episode, which functions in some ways as a tutorial (to use the parlance of video games) for the WESTWORLD series. Dolores lives the same day and follows the same pattern, always being killed by the end of the day, only to be reset after her life has ended.

The repetition would be torture for a sentient creature, but Dolores’ lack of awareness makes her initially seem like no more than an automated piece of an assembly line. She moves from day to day and follows the pattern of her “loop” without any question. It is only once Dolores begins to break these patterns that she begins to gain awareness and sentience of her experiences. Here, Nolan and Joy seem to be paying homage to Camus’ “Myth of Sisyphus.” Dolores, much like Camus’ interpretation of Sisyphus, is only truly tortured by her enduring hope that she can actually progress to a new day. When Dolores breaks her loop and realizes that she is trapped, she truly becomes free.

It is through this Sisyphean lens that we experience the primary storyline of Westworld. However, Dolores’ narrative journey isn’t presented to the audience as a straightforward story, but as a mystery. Dolores as a robot is gradually becoming sentient. The cause of Dolores’ newfound independence is unknown until the finale, but Nolan and Joy present Dolores’ journey with just enough odd pacing and editing to keep the viewer focused on what might be a deeper mystery in the show’s narrative. 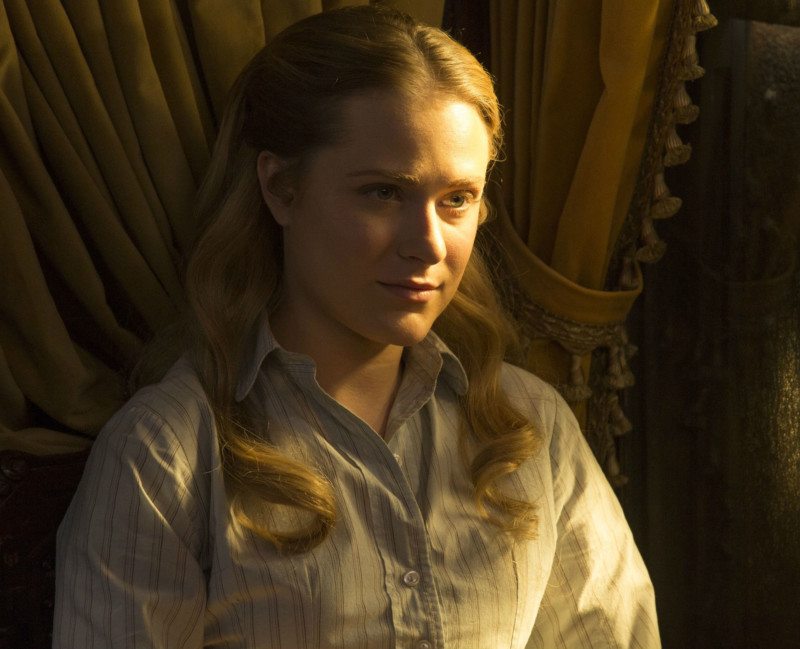 The primary way the show’s writers obfuscate the truth about Dolores is through the use of what many fans are calling “dual timelines.” In the show’s second episode, a human visitor to the park, William (Jimmi Simpson), is introduced as a white-hat-wearing stalwart hero. We follow William through his first meeting with Dolores and, as Dolores follows William, he slowly starts to recognize her self-awareness. It’s in the show’s finale that we learn that Dolores’ experiences with William actually happened 30 years prior to the start of the series and that William has since become The Man in Black (Ed Harris), the human player who seems to be obsessed with every aspect of the Westworld park.

This reveal makes moments in earlier episodes clearer. Shifts in time that were so subtle that they almost seemed like continuity gaffes, or scenes where Dolores would be alone and then suddenly with her human traveling companion, William, are now seen as deliberate. However, it was those small moments of confusion that led, in part, to the explosion of theorizing from fans. The “two timelines” theory is probably one of the earliest popular theories about the show. Nolan and Joy’s merger of mystery and plot helps us realize that, in reality, the show doesn’t have two timelines. What we were actually watching was Dolores relive old loops in an “unstuck in time” fashion, experiencing multiple points in time simultaneously.

CLICK: Why the internet can both help and harm us all in the future

By deliberately presenting Dolores’ story in a fashion that would encourage theories, the audience experiences Dolores’ confusion and state of dismay first hand. In fact, the series opens with the audience placed in the same position as Dolores. The screen is dark until we hear the oft-repeated command “bring yourself back online.” The show smash cuts to the depths of Westworld’s facility as the camera slowly zooms in on Dolores’ eyes, the eyes through which we will experience the series. As Dolores wanders through the space of the park and her own past experience that she technically should not be able to remember, the audience is invited to try and piece together the clues to help us realize the truth about Dolores’ time in the park and the true identity of the Man in Black. WESTWORLD’s mystery and its narrative became so intertwined that it allowed the viewers the chance to “play” as Dolores in a sense. We experience the same journey as the character and the show becomes an interactive experience. While the viewers received payoff in the form of Dolores’ mystery, the question driving the Man in Black received a very different resolution: the mystery of the maze.

While the viewers received payoff in the form of Dolores’ mystery, the question driving the Man in Black received a very different resolution: the mystery of the maze.

While the show offers a concise answer to Dolores’ newfound consciousness and the identity of the Man in Black, Nolan and Joy also poke fun at the idea of only engaging with a text for the sake of unraveling its mysteries. The Man in Black, the future version of William, is characterized as a video game player who has completed every accomplishment in the game. He is obsessed with locating in Westworld something called “The Maze.” This mysterious hidden element is kept from him throughout the first season, and he is repeatedly told through enigmatic messages that “the maze isn’t for you.” 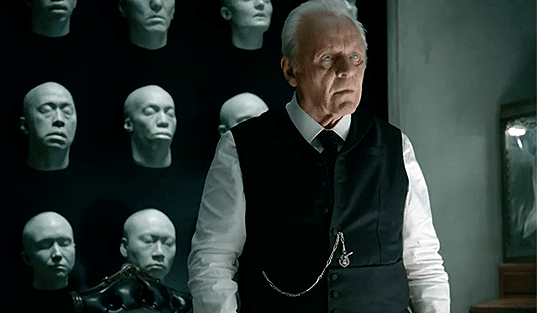 The show even goes so far as to have Robert Ford (Anthony Hopkins), one of Westworld’s creators, deliver a monologue about his childhood dog and “the saddest thing [he] ever saw” that seems directly related to the plight of the Man in Black:

“One day, we took [the dog] to the park. Our dad had warned us how fast that dog was, but… we couldn’t resist. So, my brother took off the leash, and in that instant, the dog spotted a cat. I imagine it must have looked just like that piece of felt. He ran. Never saw a thing as beautiful as that old dog running. Until, at last, he finally caught it. And to the horror of everyone, he killed that little cat. Tore it to pieces. Then he just sat there, confused. That dog had spent its whole life trying to catch that thing. Now it had no idea what to do.”

The dog’s desire to catch the fake rabbit reflects the Man in Black’s obsession with the maze, but it also parallels the audience’s obsessive hunt for clues about the series. It’s inevitable that fans will try to unlock the mystery of the show, but what happens when they do? Will they feel the same sense of befuddlement as the dog? As the fans did with LOST? Ford’s rumination on his dog’s realization is also the acknowledgement of writers that they can never craft a narrative that will satisfy all members of their audience.

CLICK: We make the case for keeping politics close to comic books

When the Man in Black realizes that the Maze is, in reality, a metaphor for the hosts achieving consciousness, he reacts like a scorned fan outraged over a disappointing plot twist and taking umbrage with the literal “journey” of the hosts to consciousness being more important than the “destination,” the imagined maze. The Man in Black wants to experience the park without the provided safety of nonlethal weapons and scenarios. He yearns for an adventure in Westworld where the hosts can truly fight and hurt him.

His complaints echo the idea of audiences wanting “stakes” in their stories, or desiring to see the scenarios in their theories play out on screen. Ironically, both Dolores and the Man in Black reach the same conclusions within the series, with Dolores finally unlocking her consciousness through the figurative Maze and the Man in Black finally getting the opportunity to face off with hosts who can provide him with a sense of danger: “I wanted the hosts to stop playing by your rules,” he tells Ford. “The game’s not worth playing if your opponent’s programmed to lose. I wanted them to be free, free to fight back.” 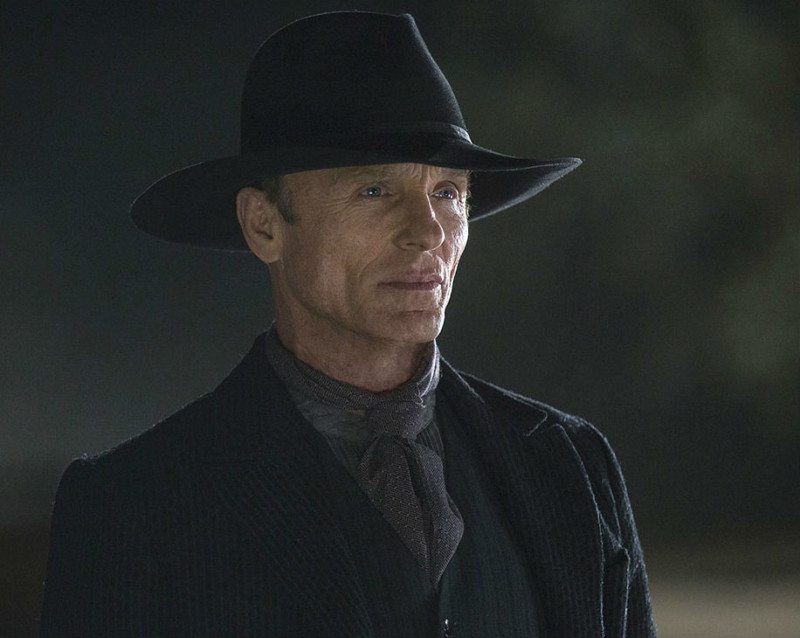 If Dolores’ arc encouraged the audience to seek clues, the arc of the Man in Black warns them against investing all of their affection for the series in an aspect of the show that can’t guarantee satisfaction. Luckily for the series, its ambitious method of storytelling synthesized with mystery has, mostly, paid off. Some characters who aren’t seeking the answer to a major plot point occasionally feel underwritten and undeserved by the narrative (a fact Nolan and Joy seem aware of, seeing as many of the characters who work behind-the-scenes of Westworld have been killed off since the pilot). Regardless, the characters who are vessels for the audience to view specific mysteries, such as Dolores and William/Man in Black, as well as Thandie Newton’s Maeve and Jeffery Wright’s Bernard, become some of the richest in the series because they function as audience surrogates allowing empathy and their understanding of the mystery to flow outward to the audience. While there may not be a “right” or “wrong” way to watch a series and WESTWORLD is a show that may suffer from some minor flaws, its experimentation with storytelling makes this imperfect specimen a series worth watching and analyzing for both theme and clues.