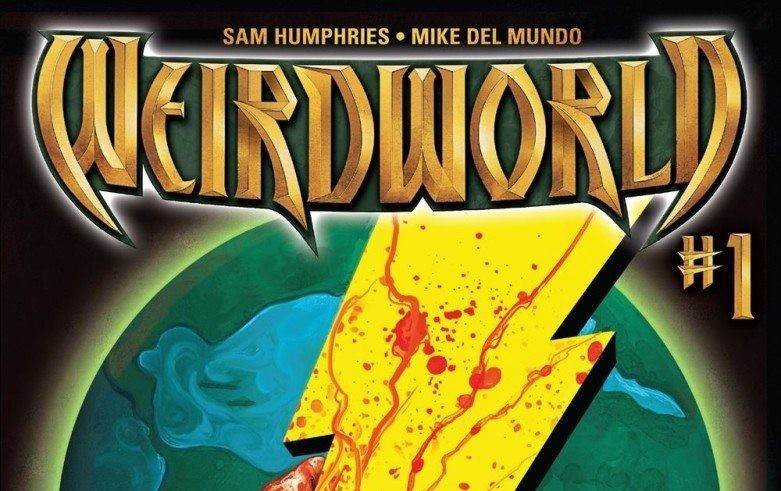 When Becca Rodriguez buckled up for her latest flight, she probably thought she’d wind up exiting the way she entered. But, unless she climbed aboard that plane amidst some terrific and terrifying monsters, things don’t seem to have wound up quite like she expected. Fortunately for readers, the result is the basis of the exceptional new series WEIRDWORLD, with Issue #1 out yesterday.

Rodriguez seems like a fairly normal teenager —“fairly” because her phone is one of her most precious possessions – but she’s also courageous enough to stab one of the aforementioned monsters in the eye with said phone. After narrowly escaping the downed plane, Becca encounters another creepy critter, the wizard Ogeode. Straight out of three-year-old me’s nightmares, Ogeode introduces us to the “Wuxian Seed,” which will likely be the prize that the various inhabitants of Weirdworld have their eyes on throughout this story. Ogeode is stoked about having discovered the Seed — that is until he meets Goleta the Wizardslayer, who, well, slays the wizard right down the middle. 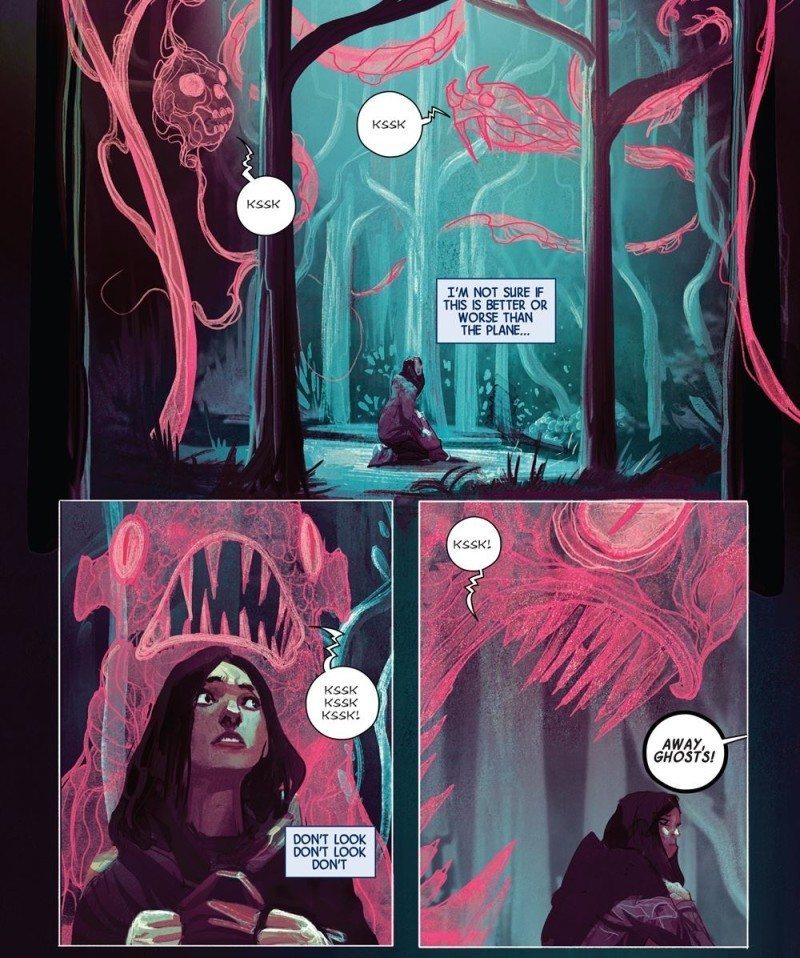 The scene shifts to the queen’s court, where Her Royal Highness Morgan Le Fay consults with her henchmen Warg and Moltar in a scene that demonstrates this book’s potential: It’s funny, it’s well written (“I have endured worse lies from better men my entire life.” Dang.), and it’s wonderfully illustrated. By the end of the comic, Becca has become Goleta’s squire as she tries to find a way back to Earth.

WEIRDWORLD first showed up in the Marvel Universe in the late 1970s, but, look, people, I’m a young man, and WEIRDWORLD is a weird comic, and if I’m going to read 40-year-old comics — well, it’s probably just not going to happen. Even if you’re not as deterred by the barriers of time as I am, writer Sam Humphries and artist Mike Del Mundo have given us plenty of reasons to jump back on board for this out-of-world experience. 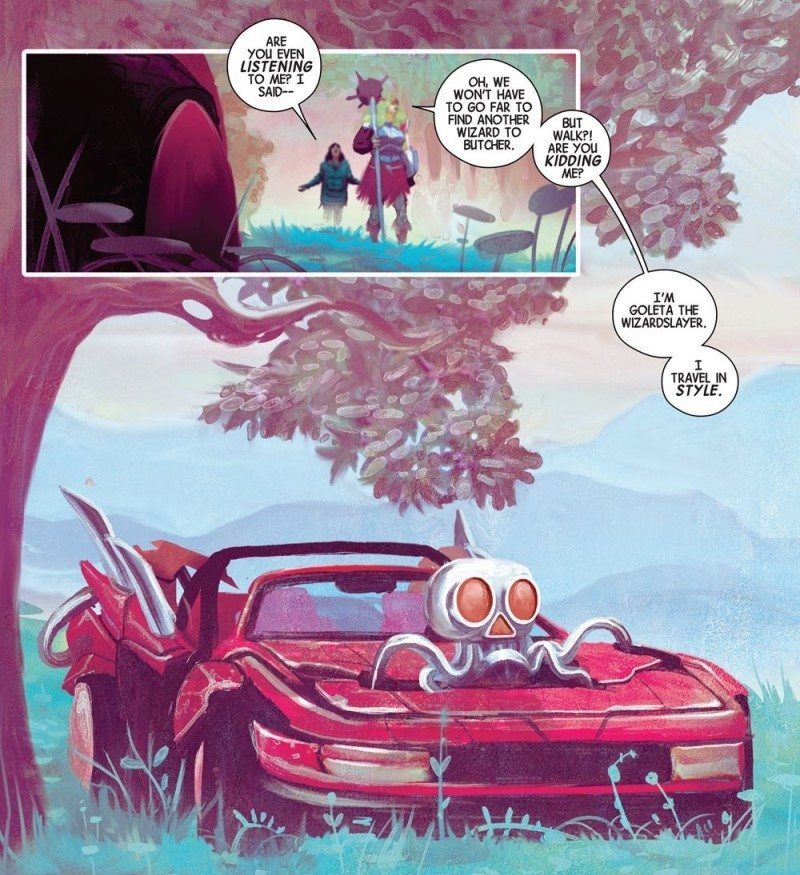 This is my first foray with either Humphries or Del Mundo, and I enjoyed what I saw in WEIRDWORLD #1. Del Mundo is both talented and versatile, in 2013 he won the Shuster Award for Outstanding Cover Artist, and his portfolio demonstrates his ability to mix things up. (Check out a bunch of his covers here, along with an interview with the artist.) In WEIRDWORLD, he offers up the perfect surrealistic quality for the story, with phenomenal colors and fun and imaginative renderings of the flora and fauna that populate this place. The first six pages, especially, give him a chance to shine in this regard, and he delivers.

READ: Looking for another all-new series? Check out our review of Vertigo’s new series, LUCIFER!

WEIRDWORLD #1 gives readers a chance to get started with a (practically) whole new world, which gets around the continuity problems of jumping on the other Marvel titles. Anyone looking for an entertaining, easy, exceptionally produced comic should check out this one!