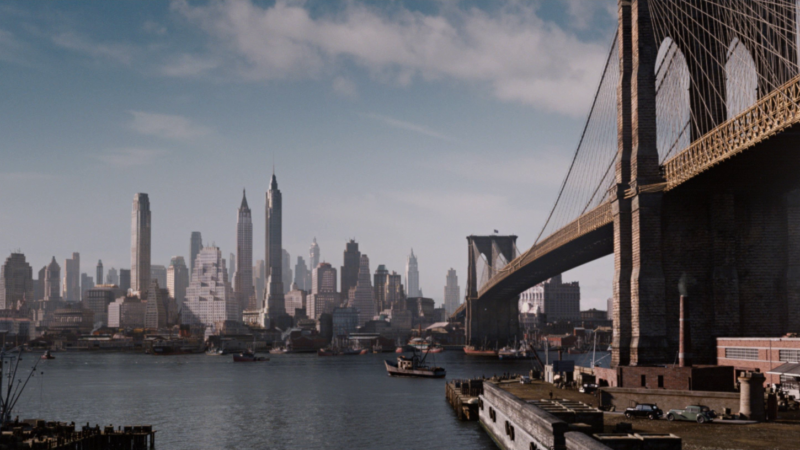 With Memorial Day just passing us, the same question is on everyone’s mind: where shall I go for vacation this summer? Now, there are thousands of destinations to look into. There’s the beach, the mountains, Europe, etc. But what about something a bit less summery but just as scenic? What about good ol’ New York City? Specifically, Marvel’s New York. While New York City doesn’t immediately scream “summer vacation,” do keep in mind the plethora of activities allotted in the city are near limitless. And really, if the concrete jungle isn’t exactly your taste, do not forget that there is literally a gigantic park in the middle of Manhattan.

But then there’s the problem of where to stay. Sure, some of us have that hip friend living in Brooklyn. Or there’s that high school friend who wound up a big shot lawyer living in the Upper East Side. What about those of us who don’t? Hotels can be so bland. Well, don’t fear, as the rising trend of the Airbnb has struck a chord in New York City. Of course, narrowing down on a solid location can be difficult, and who knows what to expect from the hosts? So, we at ComicsVerse have compiled a list to help you, the reader, pick an Airbnb in New York City for your next holiday visit.

Recently purchased by Parker industries, the building is currently unoccupied. Home for many years to Marvel’s first family, the Baxter Building has been the birthplace of thousands of inventions. While it has given birth to a plethora of objects, its rich history also stems from the reputable past occupants. There’s Reed and Sue Richards, who now literally are in a different dimension recreating the multiverse as we know it; there’s Thing, now member of The Guardians of the Galaxy; the Human Torch, whose flame powers even the most seasoned writers don’t seem to have a consistent agreement on; and of course past Fantastic Four members like Spider-Man, Ghost Rider, Hulk, and Wolverine.

Of course, if none of that impresses you, the view and location alone are worth the price you cannot afford. And you may end up winning yourself a lawsuit after wandering into the Negative Zone at some point.

Situated in Queens, this is one of the biggest steals on the list. Located about two minutes from three bus stops and ten minutes from subway, you can be in downtown Manhattan in a mere forty-five minutes! The neighborhood itself is really quite pleasant and has been known to be one of the hottest spots to find your friendly neighborhood Spider-Man. Some even say it’s the best spot to catch the wall-crawler without his mask, though this is a rumor at best.

The house itself is nice. Owned by residential legend May Parker, you will, in fact, be living with her for the duration of your stay. But don’t mind May: since her husband’s death, her exact mental state has been extremely questionable. She’s rather oblivious to everything, and you’ll most definitely receive free meals out of the whole affair. Just ignore her when she tries to talk about her nephew and his whereabouts and the countless women he seems to be bringing by.

The Xavier Institute for Mutant Education and Outreach

Once located in Westchester, New York — and for a brief time, in Limbo — The Xavier Institute now finds its residence in Central Park. From a zoning perspective, this is one of the most questionable occurrences to happen in the city’s history. But from a visitor’s point of view, this is the steal of the century. However, it is important to note this Airbnb is consistently hosting many diverse occupants. It’s nearly impossible to rent out the entire estate, so it’s integral you are open to living with others. Particularly others who come from various walks of life. But really, isn’t that the fun of adventure?

Simply ignore the consistent BAMF sounds, the occasional twitch in your mental state, the various death threats from racists, the awkward gawking of confused teenagers, the metal objects restructuring themselves, the occasional attacking giant robots, the confused opinion on a certain bald man, the even more confused opinion on ruby quartz sunglasses, and of course don’t even mind the fact that the weather will change in an ungodly manner in the blink of an eye.

Owned by J. Jonah Jameson, the Daily Bugle is home to one of New York’s most infamous newspapers. Known for its continuous contentious stories about Spider-Man, the paper has seen slagging sales over the past five years. Rather than working with the changing times, Jameson has decided to rid the cubicles of Peter Parker and Ben Urich. Instead, he has replaced them with a few bunk beds to make extra revenue for the Bugle. If you like to be woken at the crack of dawn so you don’t miss a beat, definitely consider this Airbnb for your travels. The hustle and bustle of newspaper life is alive and well, despite only men over the age of fifty reading the articles.

If anything else, you’ll most definitely enjoy the sightings of Spider-Man and the near-deaf causing shrieks of Jameson himself after the mistakes of an intern.

Here at ComicsVerse, we think it’s integral that you, the reader, are given the opportunity for the best deals. So with that being said, look no further than this top notch apartment located in Bed-Stuy, New York, a neighborhood in Brooklyn. If gangsters in tracksuits don’t scare you (and bro, they shouldn’t), then do consider staying in this pristine spot. The owner, Clint Barton, even keeps his dog around. Don’t mind Lucky, though. He’s really rather grand and particularly loves pizza. The friends Barton has made over the years do occasionally drop in on the apartment, so it’s rather important that other guests don’t bother you. But hey, there’s a weekly BBQ on top of the building looking over America’s gentrification. If that doesn’t sound grand, then I’m not sure what does.

So there you have it, the top five picks in Marvel’s New York from ComicsVerse. If you have any steals you’ve read about on the web — or simply know from experience — drop us a line in the comments. There’s nothing we want more than to serve our world travelers in any way possible.