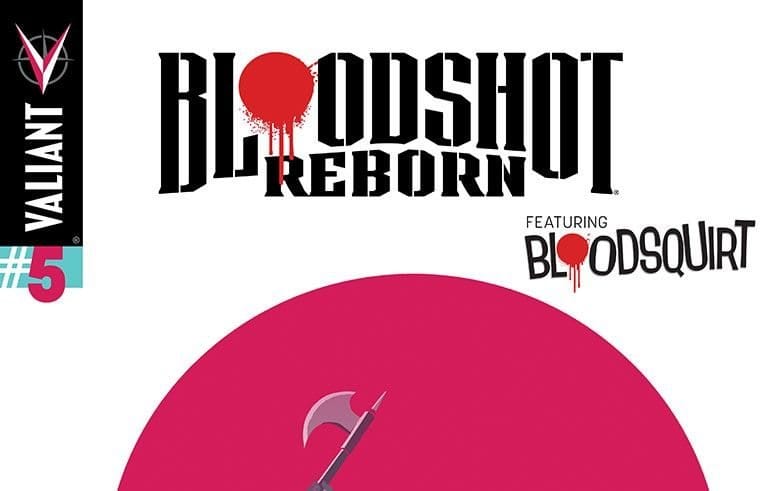 Welcome to This Week In Valiant! Each week I’ll review and highlight Valiant’s releases. They’ve got a lot of great books coming out that work well alone and as a cohesive universe. This week we’ve got two inter-arc issues of some great comics! If you’re new to Valiant, read my suggestions for new readers! 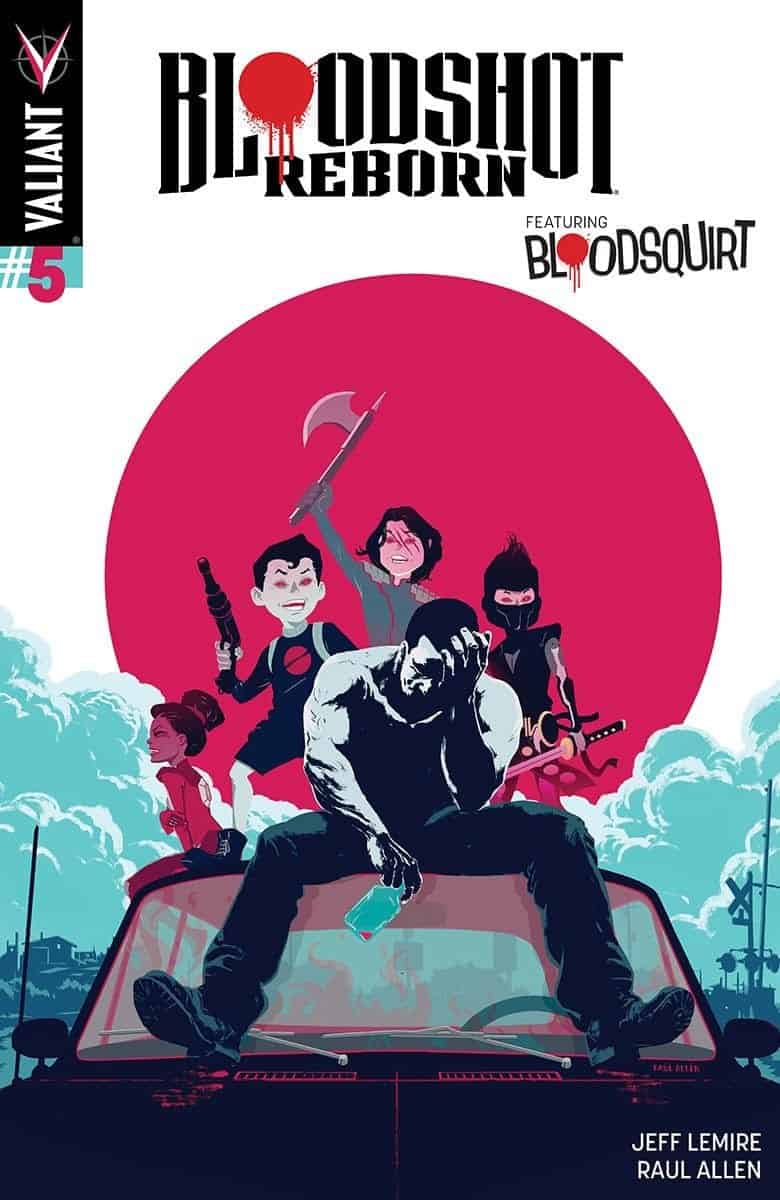 This series, coming directly from Lemire’s excellent The Valiant miniseries/crossover, has been a wonderful addition to the valiant lineup. Lemire excels at telling character-driven stories, and he continues the examination of Bloodshot’s fragile psyche in this issue.

This issue is a sort of ‘bottle episode’ — removed from the other storyarcs, yet certainly important to the overall story. The first four issues of BLOODSHOT REBORN saw the titular hero attempting to run from his past life as an invincible, nanomachine-powered assassin – unsuccessfully. The ghosts of his past actions are following him, both in the form of unstable people who have become infected with his lost nanomachines and in his fragile, confused mind. His fractured mentality, represented by the chaotic, Bat-Mite-esque Bloodsquirt and a ghostly version of the recently-deceased Geomancer, reaches a point of no return, as Ray travels inside his own head to, hopefully, stop his hallucinations. Once inside his own head, Ray must confront Bloodsquirt and a host of other child-versions of his past acquaintances, notably Ninjak and The Eternal Warrior. 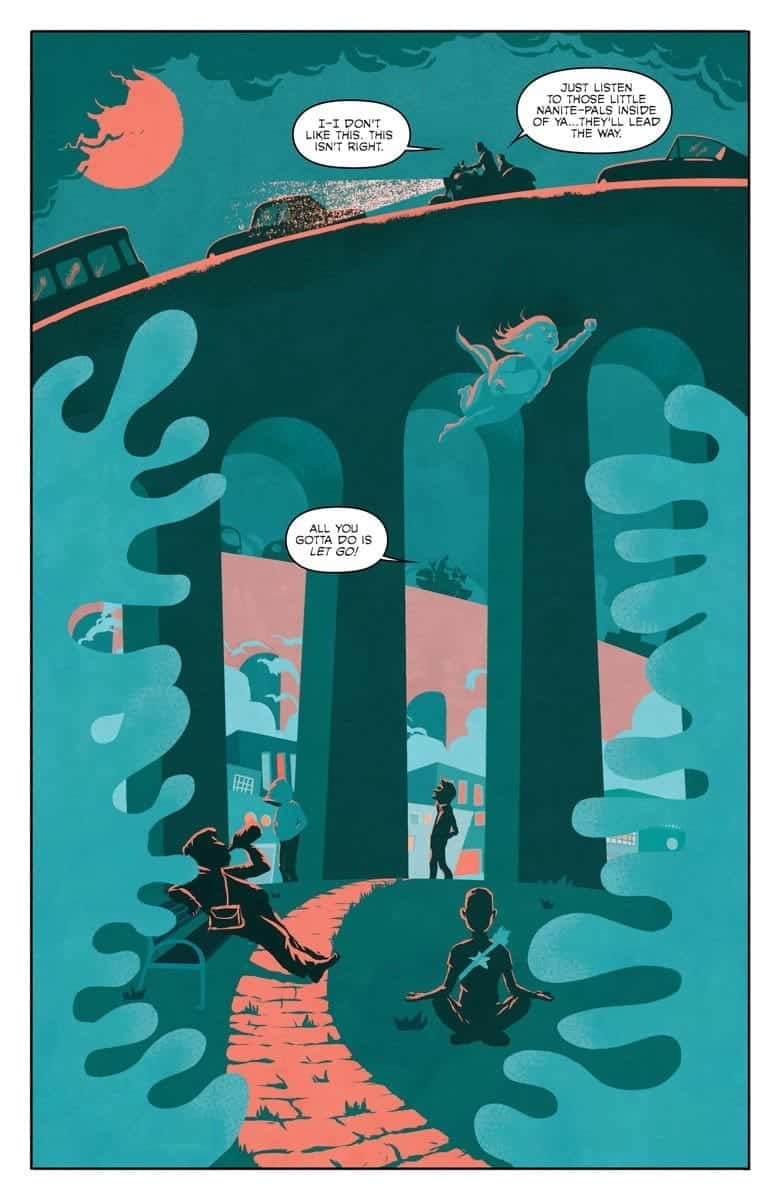 Raúl Allén illustrates Bloodshot’s trip inside his mind with dreamlike inks and excellent ambience. His style is notably different than series artist Mico Suayan, and it contributes very well to the ethereal feeling inside Bloodshot’s mind. Allén will be moving onto the upcoming Wrath of the Eternal Warrior and I couldn’t be more excited. His expressive, emotional art will be a great fit for the Eternal Warrior’s upcoming exploits in a strange land.

As I wrote earlier, this issue is clearly a midpoint between arcs — Bloodshot’s pursuit of the remaining nanomachine-infected targets should resume in the next issue. Howver, this was a nice midpoint and an ending to the growing menace of Bloodsquirt. It was an interesting and necessary breather before the next arc, which will likely continue the incredibly violent path Bloodshot has (reluctantly) found himself on. 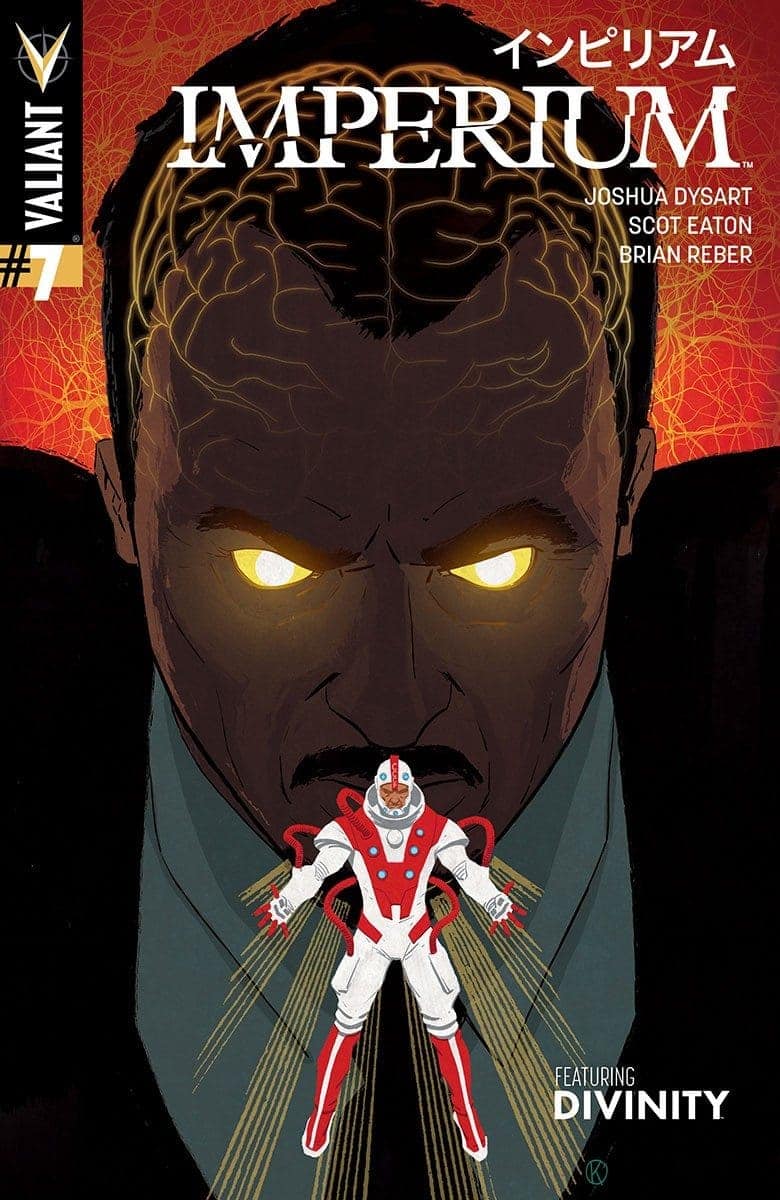 Toyo Harada is perhaps one of the most powerful characters in the Valiant Universe. So, to see him up against the tremendous power of Divinity is quite fascinating. I must admit, I have not yet picked up DIVINITY, but the omnipotence of the character has me intrigued. His introduction in this comic is a bit abrupt, though Kindt dealt with it and Harada’s reaction to such a powerful foe very well.

When we last saw Harada, he and his team had infiltrated Project Rising Sun’s submarine, using their inside agents to secure the world’s first cold fusion device. Harada, naturally, would use this for his plan of world peace through possible domination. His man on “the inside” of Rising Spirit, Gravedog, and the alien entity inside Angela going by “Broken Angel” have joined with Harada and his troops to create a scene of chaos, which is interrupted by Divinity’s sudden appearance.

From what I understand, Divinity was a Cosmonaut who emerged on Earth several decades later with godlike powers. His treatment of Harada is contingent on this power; Divinity throws him through what seem like possible futures, much to Harada’s dismay. Through these trips, Harada “reads” Divinity and devises a plan on how to defeat him. 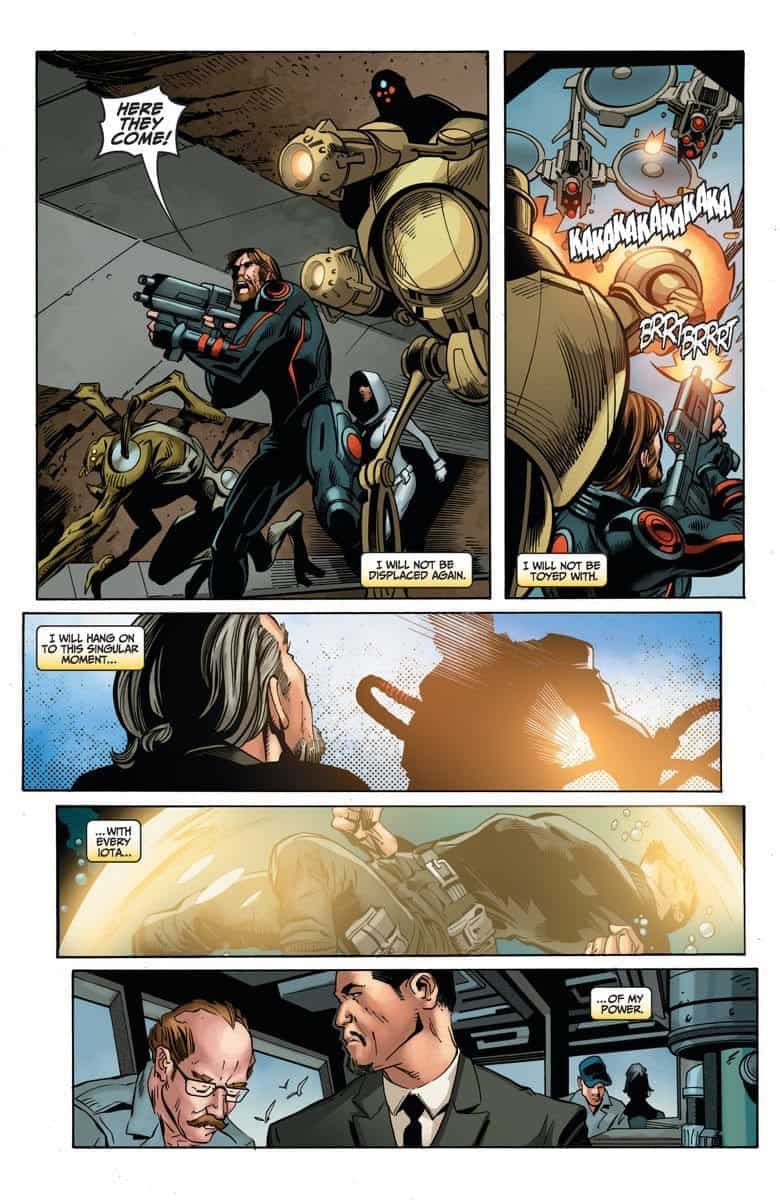 I have to say, Divinity’s appearance is quite sudden. Though, it seems like that is the nature of the character. This issue tells a good story and gets into the mind of Harada, which is a dark and interesting place. While not as interesting to me as the earlier issues focusing on Sunlight on Snow and Broken Angel, I am eager to see how Harada’s encounter with the entity will end. The most interesting part, to me, of Imperium and Harada’s other starring appearances is seeing him use the full extent of his powers and cunning against his enemies. I’ll make it a point to read DIVINITY before next month’s issue, to have a better understanding of Divinity’s powers during his continuing struggle with Harada. 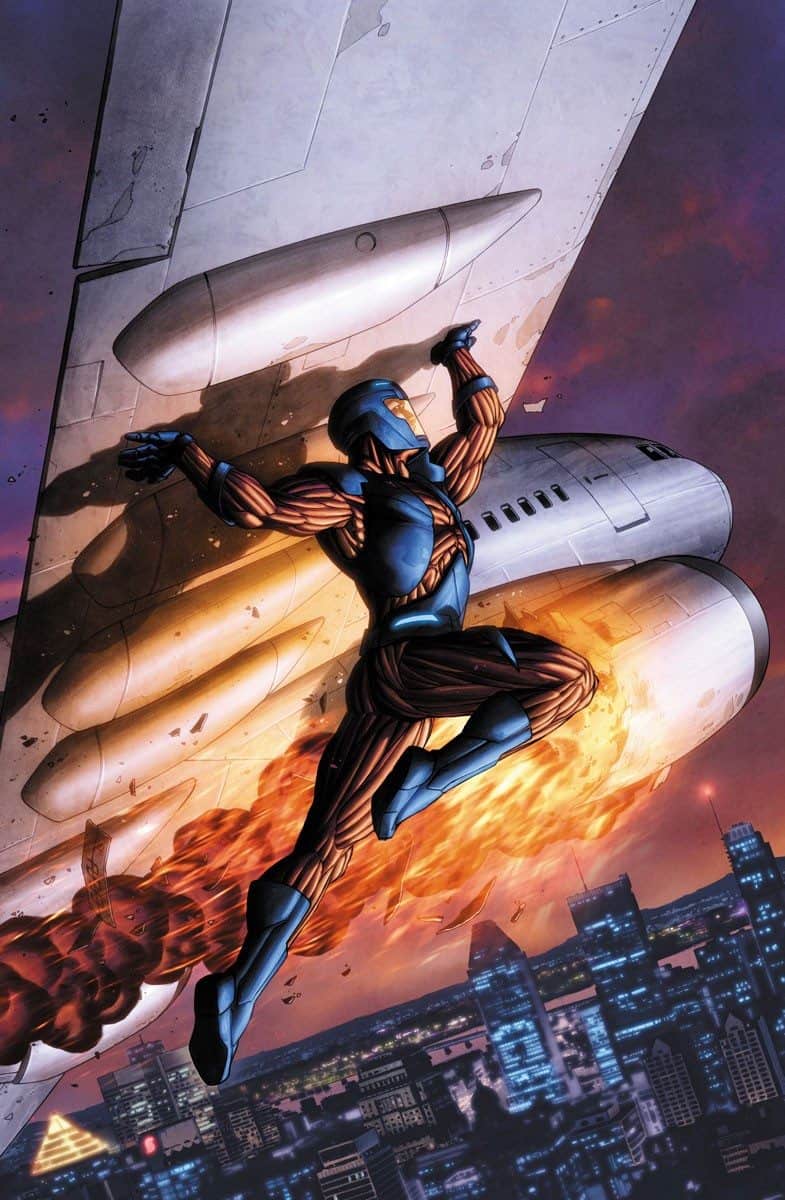 New issues of two of Valiant’s longest-running series, UNITY and X-O MANOWAR, are released. X-O starts a new arc! Unity fights to prevent World War III! I will read DIVINITY in order to get ready for the next issue of IMPERIUM!