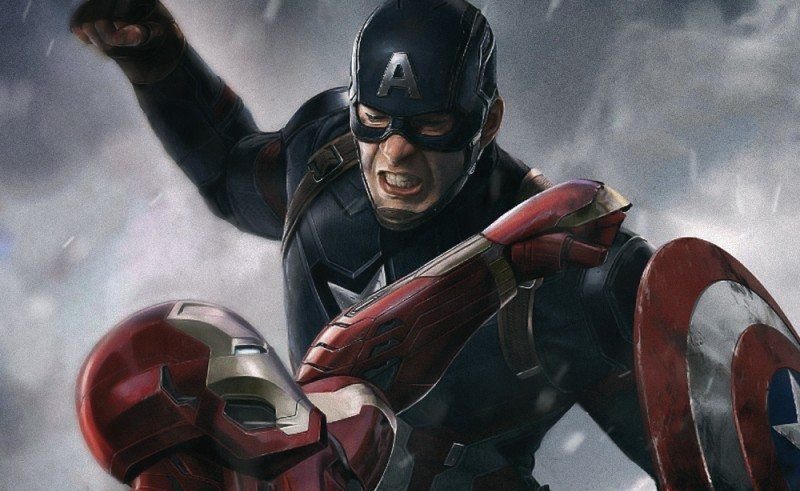 We’re one week away from CAPTAIN AMERICA: CIVIL WAR and things are getting heated. There’s a lot happening in the world, so here’s what you may have missed.

CIVIL WAR is getting amazing reviews – After its international release this past week, the reviews for the next Marvel film have begun trickling online and they are overwhelmingly positive. Many critics are praising not only the stellar action but also the emotional punches and weight that the film carries. Oh, and they say Spider-Man absolutely steals the show. It can’t come soon enough.

BATMAN: THE KILLING JOKE finally has a trailer – The upcoming animated film from DC got a trailer this week, and you can check it out here. Oddly enough, the trailer looks…bad. The animation looks as if it was hastily thrown together in order to meet the high demand for the film. It is possible that it is just the trailer that looks off, and the final product will be nothing similar, but something looks off. Take a look for yourself and let us know if you agree in the comics below.

READ: Love THE X-MEN? Listen to our podcast all about the AGE OF APOCALYPSE!

The final X-MEN: APOCALYPSE trailer dropped – If you don’t care about spoilers for the film, check it out here. As the case has been for some time now, the trailer is heavy on the Mystique portion. She appears to, again, be a central figure in the film. Many fans oppose this, as they either dislike the character or feel the only reason she is such a central character is that she has such a big name actress behind her. Nonetheless, the trailer also spoils a huge cameo in the film. For whatever reason, Fox decided fans wouldn’t enjoy being surprised by something in the film and are putting all their guns on the table for this one. Commonly, too many movies have been showing everything off in their trailers. Or, in this movie’s case, Instagram posts from the cast. It will be interesting to see if there are any surprises left in store for this one.

TOMB RAIDER has found its Lara Croft – Tomb Raider isn’t a comic book movie, right? Who cares. It’s a massive property and now Oscar-winning actress Alicia Vikander is set to star as video game hero Lara Croft in her upcoming reboot. After rumors of Daisy Ridley being attached to the role, this casting comes as a welcome surprise. Alicia is an extremely talented actress and will bring a lot to the role. If the film is anything like the latest video game reboot, fans will be in for a real treat.

READ: Still lost? Click here to check out the movie news you may have missed last week!

There you have it, folks. Make sure to come back next week for all the news on CIVIL WAR and, hopefully, some positive thoughts about it.