A monstrous symbiote attacks both an American and a Viet Cong Platoon in this WEB OF VENOM: VE’NAM #1 preview!

In earlier issues of VENOM, a mysterious old Vietnam vet named Rex kidnapped Venom. He explained that he was part of an experimental platoon run by S.H.I.E.L.D. during the Vietnam war. They bonded normal soldiers with newly discovered symbiotes. We also learned that these symbiotes came from a larger Klyntar dragon named Grendel. It first came to Earth during the Middle Ages. The God of Symbiotes, Knull, rode it into battle with the mythical warrior Beowulf. After Knull’s Klyntar slaves ambushed him, the dragon fell and stayed buried for centuries.

As we can tell from this WEB OF VENOM: VE’NAM #1 preview, writer Donny Cates will be telling the backstory of Rex and his platoon. It’s not clear who’s the narrator, but the preview opens with an American soldier cowering in fear after a stealthy creature massacred Viet Cong soldiers. Others from his platoon went out to find out what happened but never came back. When the narrator finally gets the gumption to look, he sees a horrific sight. A symbiote, which looks identical to the monstrous version of Venom from VENOM, stands covered in blood as he takes a bite out of his fellow soldier’s head.

We also see Nick Fury discover the Grendel in a cave of ice. Now we know how they first found this humongous beast.

The Symbiote Sprouts its Wings in VENOM #5

A Promising First Look in this WEB OF VENOM: VE’NAM #1 Preview

This preview shows that WEB OF VENOM: VE’NAM #1 will be, quality-wise, on par with the main VENOM series. Donny Cates shows just how monstrous and gruesome symbiotes can be without a proper host to tame them. This is shaping up to be another epic chapter in Cates’ VENOM saga.

If you liked this WEB OF VENOM: VE’NAM #1 preview, you can pick it up on August 29th at your local comic shop or on Comixology. Cates, of course, is writing the issue with his usual horror-tinged flair. He’s joined by Juanan Ramirez on art and, judging by this preview, Ramirez will make this one another beautiful looking issue. 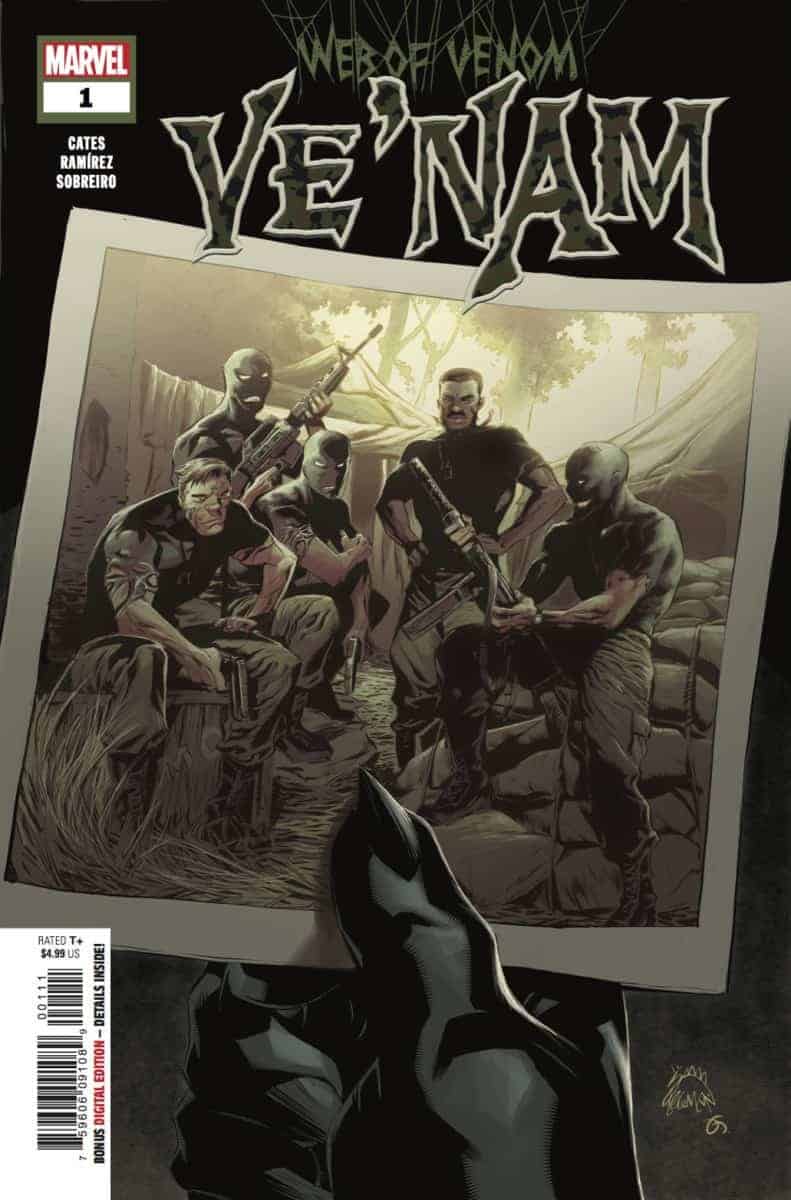 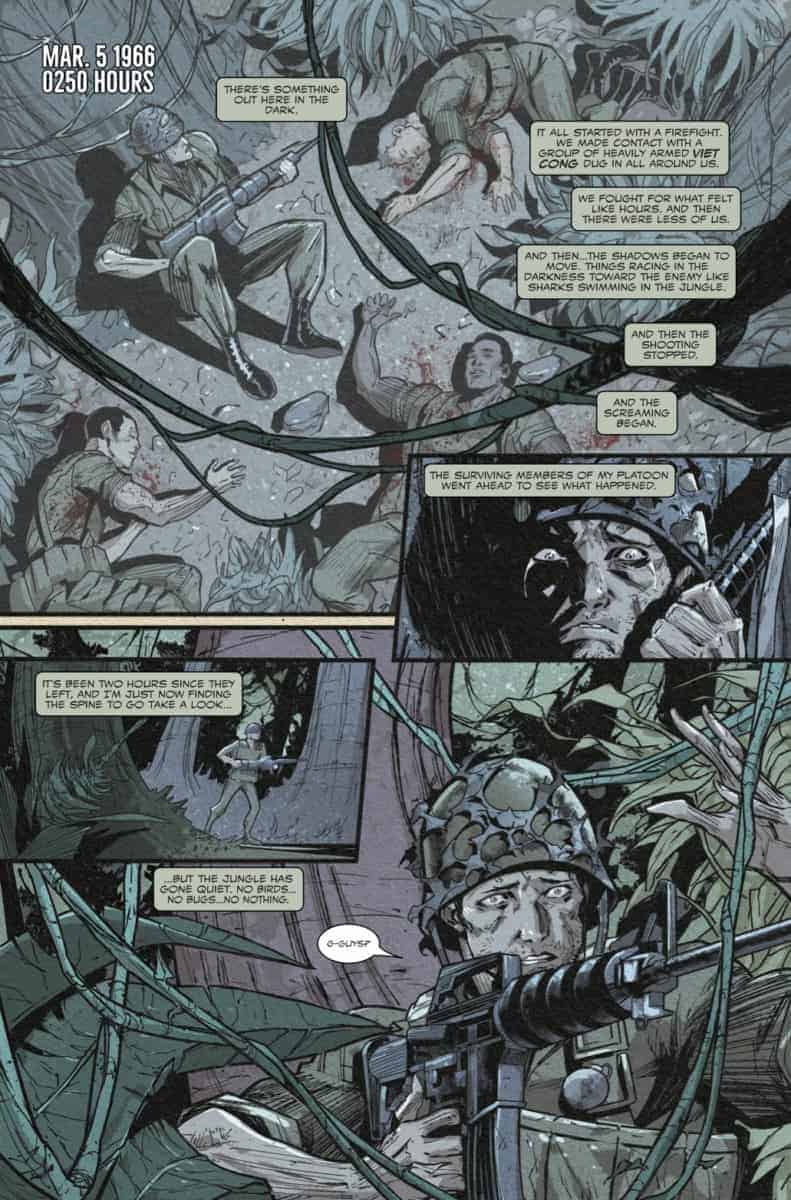 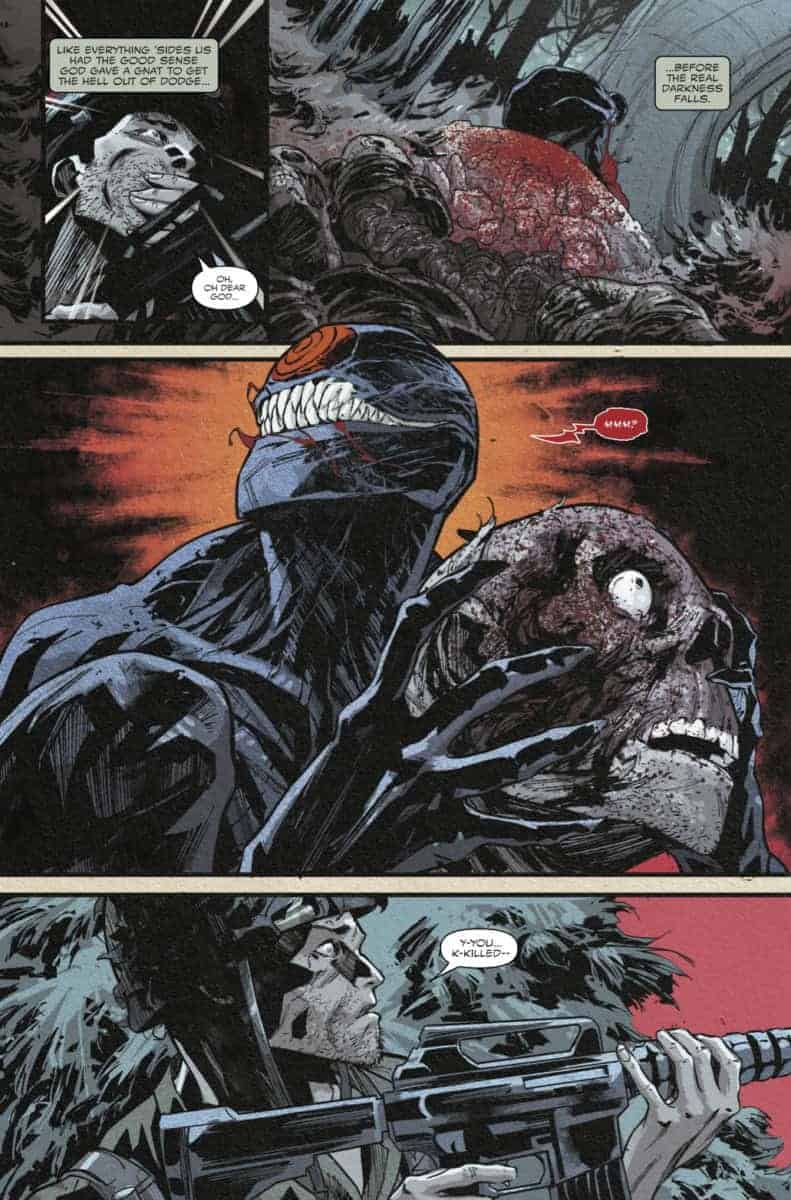 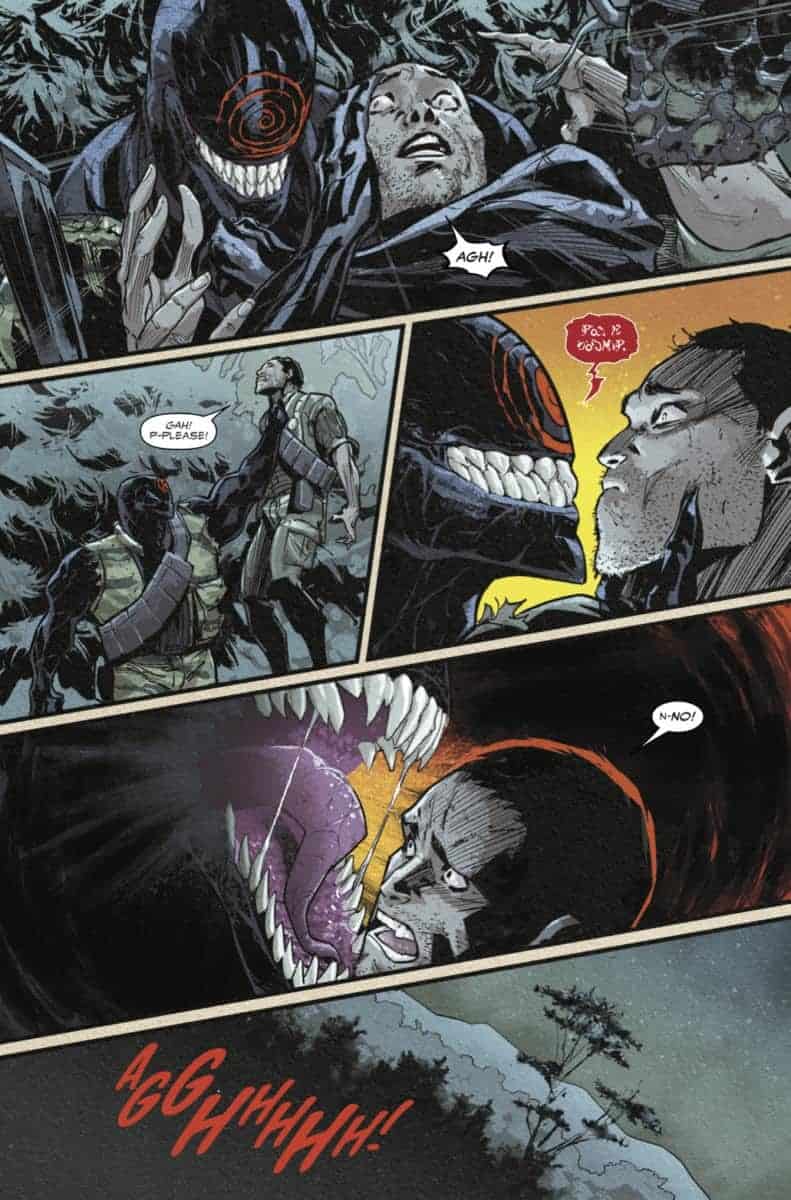 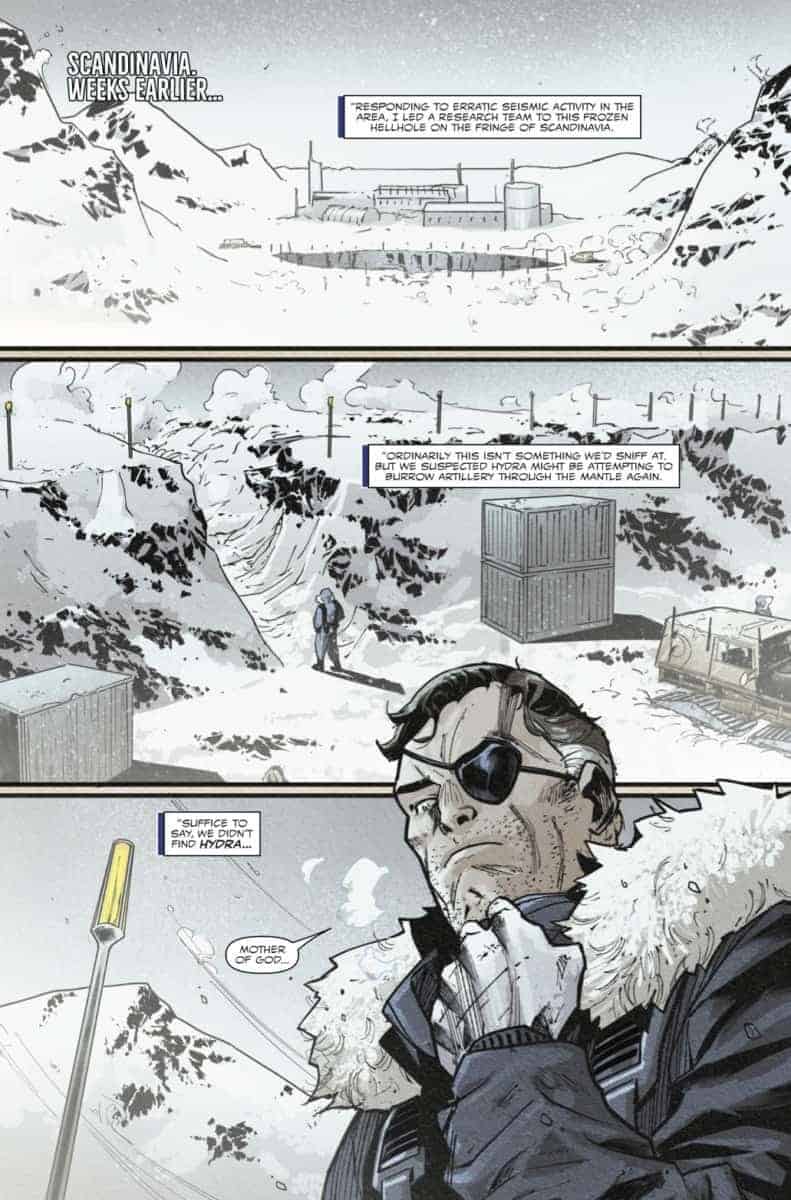 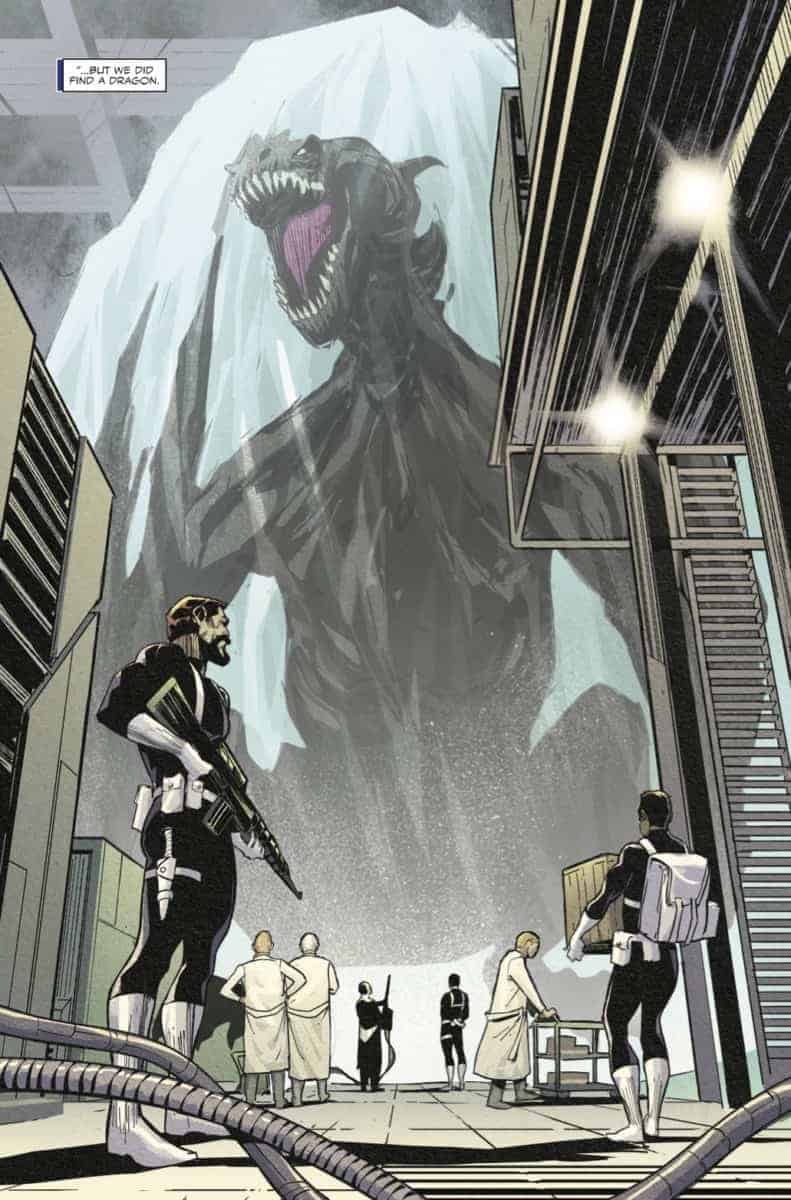