Warning: this article will include spoilers for BATMAN V SUPERMAN & MAN OF STEEL!

The DC Cinematic Universe’s most recent entry, WONDER WOMAN, brought hope back into the DC Films. What about the icon of hope himself – what about Superman? Since it was announced in 2014, comic fans have been holding their breath for the release of JUSTICE LEAGUE. What if Warner Bros is using all of this massive hype to hide a secret project? Well, I have done my research. Evidence suggests a MAN OF STEEL sequel coming as soon as next year. Don’t believe me? Read it for yourself.

The Man of Today

Superman is dead. He died a hero, a symbol of hope for the world that did not understand him. It was only in his final sacrifice that Superman truly felt like “the Superman” we all know and love from the comics. We know that he will make his return in JUSTICE LEAGUE, as revealed in posters and marketing images released online. BATMAN V SUPERMAN’s second unit director, Damon Caro, says that JUSTICE LEAGUE is the “rebirth of hope” for the DC films going forward, and that “rebirth” has a lot to do with Superman.

READ: Does WONDER WOMAN Live Up to the Hype? Check Out the ComicsVerse Review! 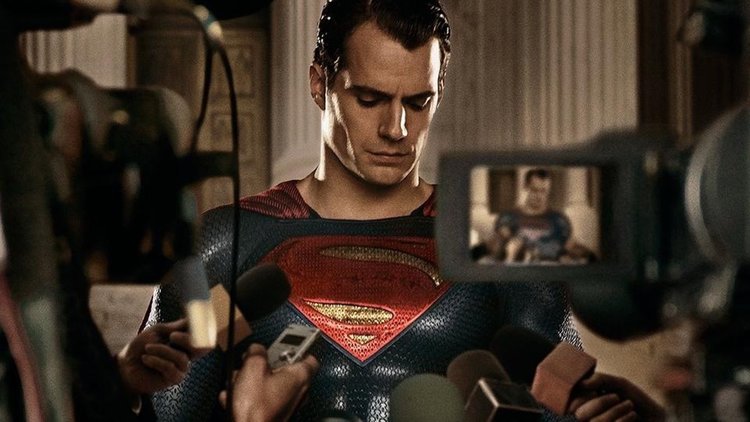 “You will give the people an ideal to strive towards. They will race behind you. They will stumble, they will fall. But, in time, they will join you in the sun. In time, you will help them accomplish wonders.” Jor-El, MAN OF STEEL (2013)

The Problem with Superman in the DCEU

Superman is more than just a person. Yes, he does still act human in the comics, but as the perfect example as to how a person should be. We can relate to him, but he also inspires us. He is the best of us while being completely unlike any of us. In MAN OF STEEL, this was all set up by Jor-El but never came to fruition. I think JUSTICE LEAGUE is going to show that development truly. It will be where we see Superman grow into the true hero that we know he can be, the ideal of hope.

“Superman, but if he existed in the real world.”

Now, we will see his rebirth, literally and figuratively, as a new Superman – as the Man of Tomorrow 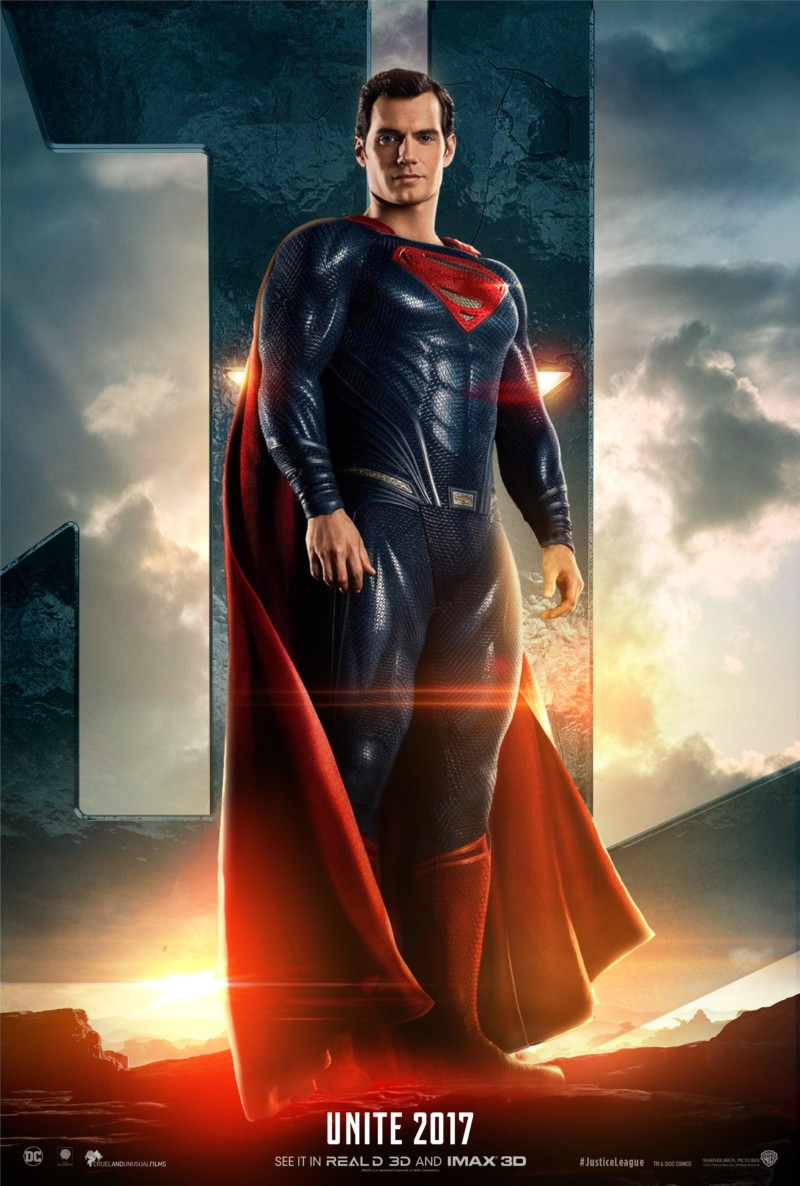 The Man of Tomorrow

In JUSTICE LEAGUE, we will see Superman brought back from the dead. He will rise and fight alongside the other members of the JUSTICE LEAGUE against the forces of Steppenwolf. JUSTICE LEAGUE has a lot on its plate already. Establishing all the JL characters who were briefly introduced in BATMAN V SUPERMAN is no small task. How will it have time to also explain the resurrection of Superman without feeling overstuffed and over complex?

Well, I don’t think the movie will spend much time at all going over that, nor do I think Superman will be in the film for any longer than Wonder Woman appeared in BATMAN V SUPERMAN. If DC is going to do this right, they are going to take their time with this and show how and why he came back in his stand-alone film.

Superman needs the time to be taken to rebuild the character. And while we may see him like that in JUSTICE LEAGUE, just having him appear and be the greatest hero we have ever seen would not make much sense. There needs to be reason, development, and growth. Superman has to earn it, and DC may have a plan for that.

The Right Place, The Right Time

The exact “when” of JUSTICE LEAGUE’s timeframe concerning BATMAN V SUPERMAN is unclear. It’s safe to assume that it will be several months after Superman’s death. At the end of BATMAN V SUPERMAN, we saw the dirt rise on Clark’s grave.

Now, if this was supposed to be significant, why have it happen once a few days after death and then nothing until the supposed climax of JUSTICE LEAGUE? There is a time gap that could be used to fit an entire film in the DCEU, and that is a MAN OF STEEL sequel.

We know that Henry Cavill was training around the same time as all his JUSTICE LEAGUE costars. It also seemed like he was on set filming for a large duration of filming. However, it can be inferred that Superman’s role in JUSTICE LEAGUE is rather small.

I think he spent most of his time on set filming a secret MAN OF STEEL sequel. Filming a Superman movie would be hard to do without anyone noticing, but shoot it in the middle of production of another film that Superman was already in and no one would even think to look.

Way back in 2014, there were rumors of CLERKS Director, Kevin Smith, writing a fake script for BATMAN V SUPERMAN for Warner Bros. The idea was that Warner Bros themselves leaked a fake script to flood the internet with fake leaked information.

This was so if any real information was leaked about the film, no one would know what a real leak or a fabricated leak was. Kevin Smith later debunked the rumor, but  Warner Bros could have seen the potential advantage that a tactic like that could bring to the table and used it.

In April of this year, rumors spread like wildfire about Batman’s DCEU plans. The rumor stated that Warner Bros and DC scheduled to release four Batman-related films in 2019. THE BATMAN, NIGHTWING, Joss Whedon’s BATGIRL and GOTHAM CITY SIRENS would all hit theaters in 2019 for the 80th Anniversary of Batman.

The rumor, while fantastical and plausible, was unfortunately confirmed to be fake. What if Warner Bros put out those fake leaks on purpose, to hide their true plans? What if four films for Batman’s 80th Anniversary was to protect DC’s plans for one film for Superman’s 80th Anniversary, which is next year?

RELATED: Here Are 5 Ways to Help the DCEU! You Think They Will Help Us?

How can DC miss the chance to release a Superman film on his 80th Anniversary? As it is now, Superman is set to appear in no films next year. And, for that reason, I believe that they have an ace up their sleeve. They will debut their plans for the next stand-alone Superman film at San Diego Comic-Con next month, along with a new JUSTICE LEAGUE trailer.

The secret MAN OF STEEL sequel would take place after BATMAN V SUPERMAN but before JUSTICE LEAGUE. It would go over the large time gap between the films and explain how he has come back. Riding the success of his latest appearance in the mainstream world, I believe they would use Brainiac.

Maybe he wanted to see the effects of the yellow sun on a recently deceased Kryptonian and tries to revive Superman to study him. Using Brainiac could potentially be a promising choice for Warner Bros because of the success of INJUSTICE 2. The Triple-A fighting game that released in May, Brainiac served as the game’s main antagonist.

With most of the audience familiar with Brainiac due to INJUSTICE 2 and his character being one of the smartest in all of DC, this is an easy pick on who could bring back Superman. So, Brainiac collects Superman’s body to attempt to resurrect. This is something the character would truly do, so it’s loyal to the comics and services the fan’s wishes to see Brainiac on the big screen. He also already has a vast knowledge of the Kryptonian anatomy thanks to one of the prisoners of his collection, Kara For-El. 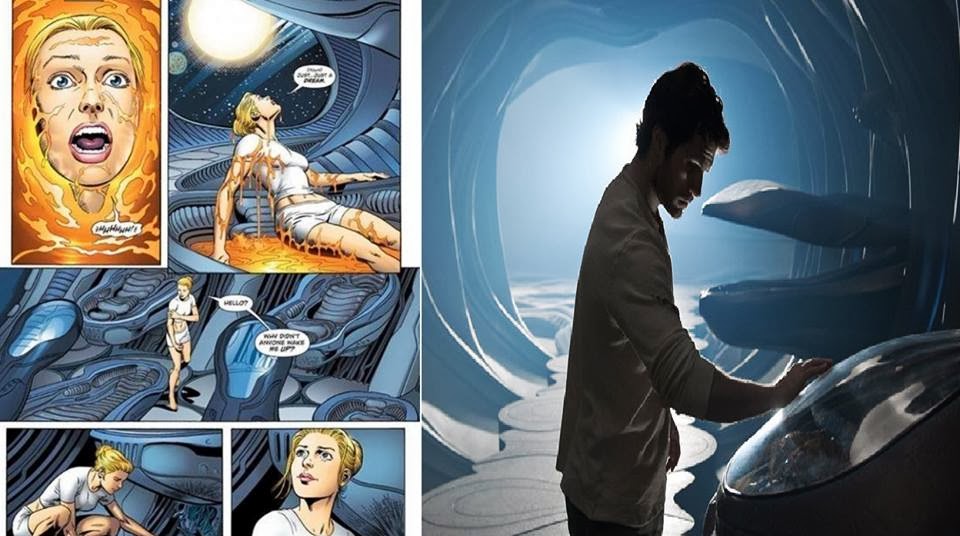 In the MAN OF STEEL prequel comic, we see Kara For-El arrive on Earth in the ship that Superman finds in MAN OF STEEL. One of the pods in the ship is open, that was Kara’s. Technically, that means she would’ve arrived on earth thousands and thousands of years ago.

Something like that could potentially be answered with relativity affecting how time passes in space (yes, that’s a real thing). Having Brainiac involved is an excellent way to introduce new characters into the DCEU, like Supergirl, and give Clark a reason to want to be heroic.

Superman could inspire the defeated prisoner to rise and help him defeat the alien mastermind. Superman’s isolation could also be a factor in his growth. Overcoming an evil that doesn’t even think it’s evil could be perfect for Superman’s character development.

RELATED: Joss Whedon is the Hero the DCEU Needs, Or Is He?

Also, a battle in the cosmos with Brainiac could alert an officer of a particular group of cosmic guardians, The Green Lantern Corps. Superman, Supergirl, and Green Lantern could take on Brainiac together. And Superman would hear of an alien siege on Earth through Green Lantern.

Supergirl would leave with the Bottle City of Kandor, a famous piece of Brainiac’s collection that contains the miniaturized capital city of Krypton, and find a new home planet for them. Superman would return to Earth with Green Lantern and “Unite the Seven” and end the film just as they arrive at the final battle of JUSTICE LEAGUE.

That is, assuming Green Lantern will make an appearance in JUSTICE LEAGUE. The film could potentially have a post-credits scene where Kara wanders through Brainiac;s collection and stumbles upon an imprisoned Martian Manhunter, J’onn J’onzz.

In finality, there is a lot of speculation here. But, I do believe I am on to something here. If my prediction is accurate, we could be in for an absolute treat from Warner Bros and DC next year. It’s just a matter of if they decide to miss the opportunity of an 80 year lifetime.

The DCEU is currently on a high note, thanks to Wonder Woman. That could have potentially just been a fluke, as the other installments in the franchise have not been received well. With a genuine and iconic Superman leading the charge, Warner Bros can potentially set the new standard for the Superhero genre as a whole, while also pleasing the audience with great films.

All that Warner Bros needs to be the multi-billion dollar success that it has every opportunity to be is to show us the true Man of Tomorrow.