When the beloved red-headed speedster, Wally West, reappeared on the doorstep of the DC Universe, he did more than make a nostalgic entrance; he reminded fans that if there’s one thing you can’t outrun, it’s family! With both Pre-Flashpoint and New 52 Wally Wests finally crossing paths in FLASH #9, as well as the hint of Jay Garrick’s return, DC is on the fast track to reassembling their most hopeful, tight-knit family (move over Bat and Supes, you two have some competition). However, with the gradual accumulation of both new and former speedsters, the balance needed to re-establish the Flash family tree lies in the footsteps of both Wally Wests. 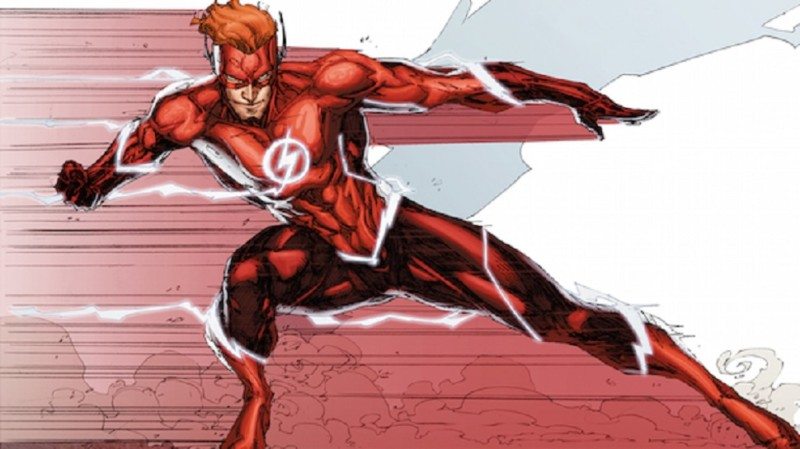 In a world where the original Scarlet Speedster, Barry Allen, now headlines the Flash mantle alongside a rebooted lineup of characters, as well as with the exclusion of some classic Flash characters, such as Jay Garrick and Bart Allen; it can’t help but feel like there’s an absence of family unity within the new REBIRTH: FLASH series. With Pre-Flashpoint Wally West’s reinsertion into the current DC continuity, he’s invoked hope for longtime FLASH readers – a hope of restoring the family ties and values that propelled FLASH comics prior to Flashpoint.

However, Wally’s new place in a world with no recollection of his existence has cemented him as a living flashback. His struggle to regain stability, and return back to the Flash family he once knew, is a journey that longtime fans are also following. As one of the longest-running speedsters to carry the Flash moniker, Wally’s stories include some of the most memorable in FLASH history. 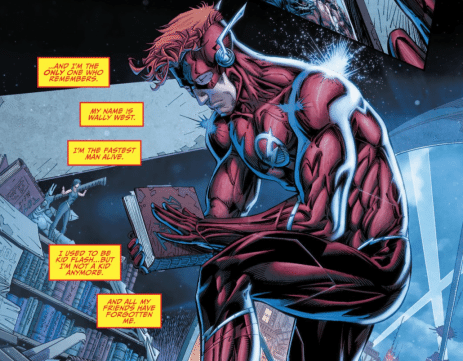 Wally West hasn’t only built a reputation for himself as arguably the most accomplished Flash to sport the wing tips, but he’s come to represent the rich history that an entire generation came to call their own. He’s unique, in that he’s the only Flash that fans have actually watched grow. His story as a speedster spans from his first appearance as Kid Flash in 1959 to his return in DC’s 2016 REBIRTH. During this time, Wally carried fans throughout his adventures as the first speedster sidekick, served as a founding member of the Teen Titans, and made the difficult decision to succeed his mentor as the new Flash after CRISIS ON INFINITE EARTHS, in 1986.

As the Flash, Wally’s stories redefined what it means to be the Flash, spawning new rogues, storylines, and workings of the Speed Force. By the end of his run, and the return of Barry Allen in 2009, Wally had also established himself as a loving husband and father. His long lasting relationship with his wife, Linda Park, and their Speed Force empowered children proved that Wally didn’t just fill his predecessor’s shoes, but he surpassed expectations and took readers into new territory. 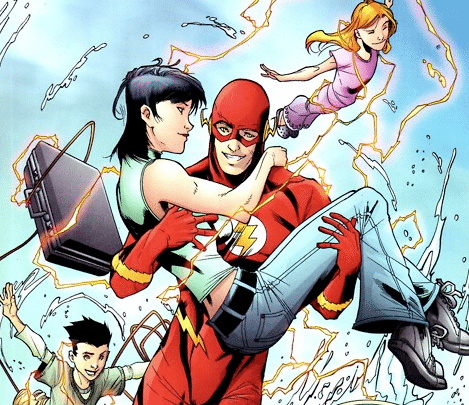 However, with Wally’s 23 year legacy as the iconic Flash currently lost within DC’s new universe, it won’t just be challenging for him to accept an altered life without his children and marriage, but it’ll be even more difficult for the readers invested in his past. 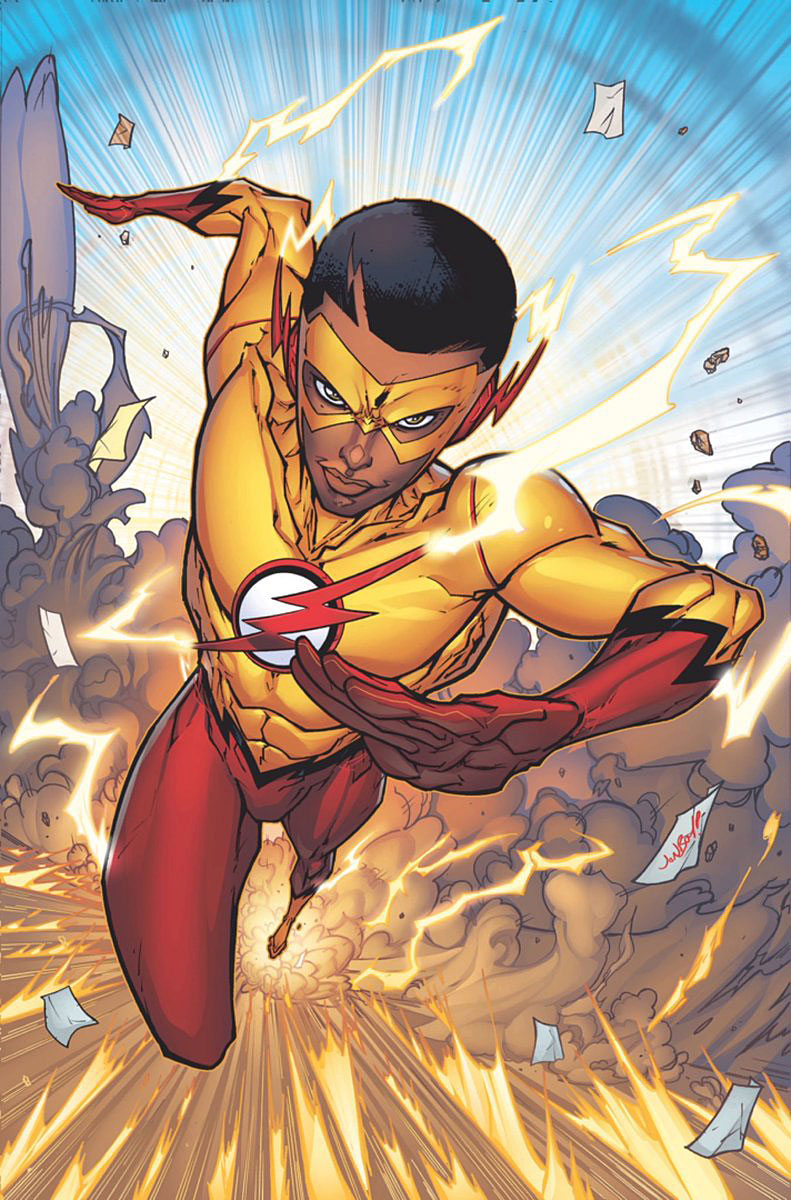 As the newest, and first bi-racial, Kid Flash, Wally has not only began creating his own unique adventures with Barry but also brought variety and diversity to the collection of Flash adventures. Recently befriending a new classmate named Chunk, Wally’s speedster quest of balancing his school studies and a life of fighting crime has emerged.

Finally embracing his role as the new Kid Flash, Wally is slowly understanding the importance of patience. With mounting pressure from his aunt Iris to focus more on his studies, as well as Barry’s urgency for him to be more cautious as Kid Flash, Wally is exactly the strong-willed, impulsive hero that teens are looking for. His recent recruitment into the newly reformed Teen Titans also provides young fans with more to look forward to. In addition to the burden of being the son of the new Reverse Flash, as well as the mysterious disappearance of his original mentor and idol, Meena Dhawan, Wally’s story as a speedster still has much to explore.

READ: Want to know more about who’ll be leading the newest incarnation of the Teen Titans? Learn about Damian Wayne as a leader here!

However, compared to Pre-Flashpoint Wally West’s welcoming return, New 52 Wally was greeted with harsh resentment from devoted fans upon his debut. With an uphill course to travel, this Wally started his journey between two lanes; one set on gaining acceptance from the Flash family, and the other on gaining it from the fans. Yet, since the return of the original Wally West, new Wally has established his place amongst the lineage of speedsters and has already begun to separate himself from the tracks of his predecessor.

With an award-winning television program that continues to garner more viewers, the Flash name continues to acquire new fans. At this point, it’s become apparent that New 52 Wally has secured himself as the prime Wally for this new generation of Flash followers, and in no way should this be seen negatively by devoted Pre-Flashpoint Wally fans. Instead, this should be seen as an opportunity to broaden the FLASH stories yet to come. 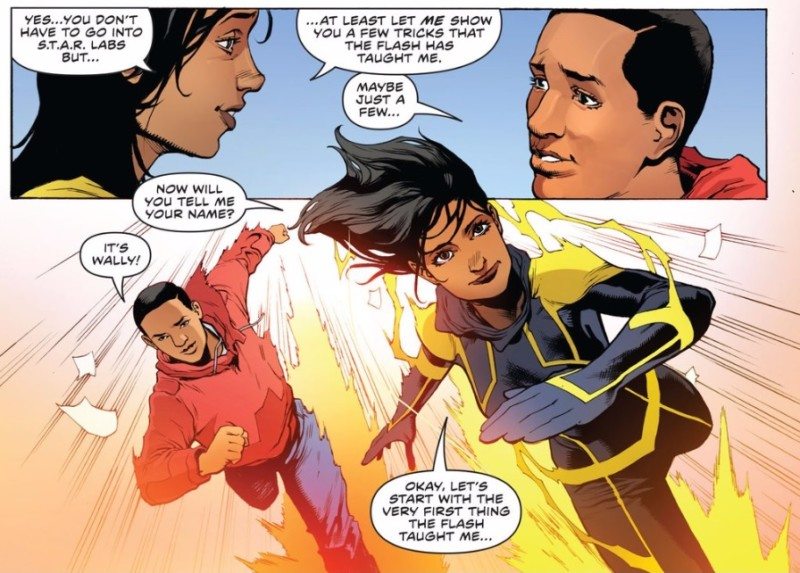 READ: Want to know what the Flash family’s up to? Check out our latest review of FLASH #11!

As both travel down these forked, yet parallel paths; chasing a place amongst an unfamiliar Flash family, it’s relieving to know, after finally converging in FLASH #9, that they’re traveling that same road together. Their bond and acceptance as being family to one another is crucial in igniting and reshaping the Flash family for modern readers, regardless of how uncertain this new dynamic might be. 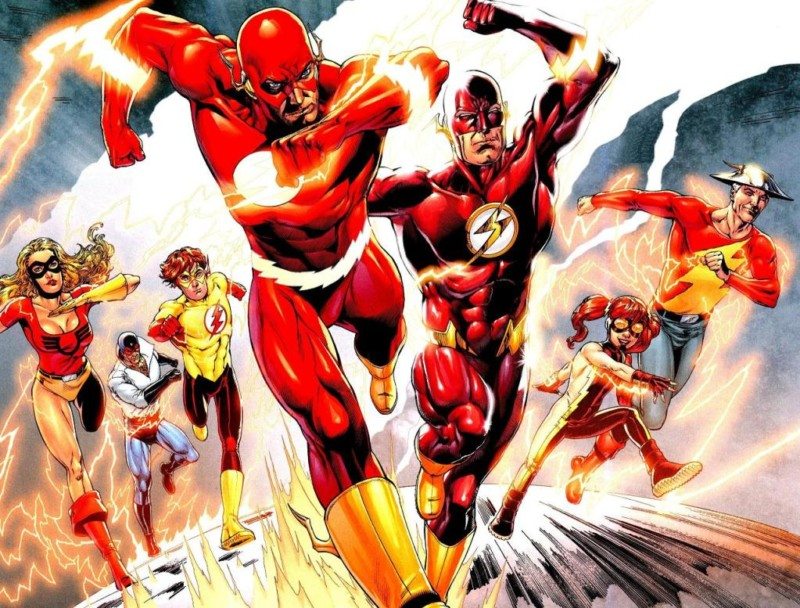 Just as hope has been the true source of strength for every speedster to have sported the lightning bolt – Flash fans must have faith in the new roles of both Wally Wests within the DC Universe and trust in a renewed, distinctive family of Flashes. If there’s one thing I believe, it’s that two Wests are better than one!